Home » Beauty and Fashion » A Panorama of Design

A Panorama of Design

This article is part of our latest Design special report, which is about expanding the possibilities of your home. 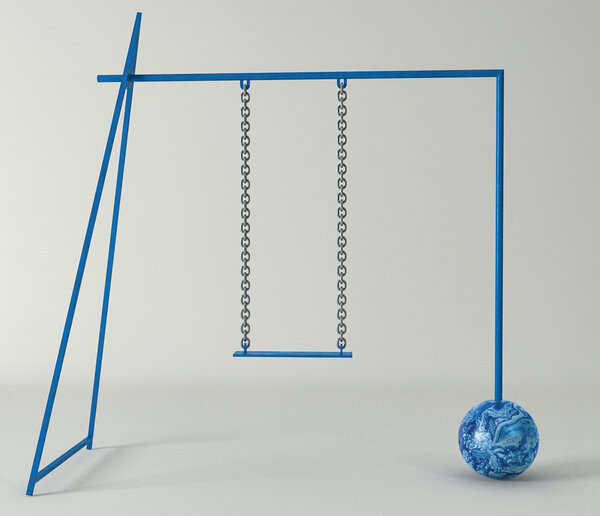 The Fresh Air of Outdoor Furniture

In 2019, Joseph Vidich and Kira de Paola, who are metalworkers, first cousins and co-founders of the New York design studio Kin & Company, organized a show on a Brooklyn promenade of creative outdoor furniture, called “Inside-Out.” They didn’t expect to see so many visitors testing the displays and gabbing with strangers, so they planned a sequel for 2020 that paid attention to social interaction, but had to rethink the event when the pandemic hit.

The second “Inside-Out” was held online and brought renewed appreciation for a category often dismissed as banal or frivolous, but lately identified with a breath of fresh air. “Who knew that outdoor furniture was so poignant?” Ms. De Paola said.

Now, for its third edition, the show returns to the physical world as “Inside-Out in the Garden.” It opens on Thursday at 84 Saint Marks Place in Brooklyn’s Boerum Hill neighborhood and runs through June 24.

More than 20 designers and studios are in the mix, including Micah Rosenblatt of Queens, whose “Ol’ Ball and Chain” is a rooftop swing set anchored by a 120-pound cast concrete sphere. “The ability to launch yourself over the city offers a brief moment of levity during this particularly heavy year,” he wrote in his project statement.

“Inside-Out in the Garden” is part of the NYCxDesign Design Days program, a multidisciplinary series of exhibitions and conversations taking place citywide and online from Thursday through May 18. Viewing is by appointment at [email protected], or 718-640-2261.

To commemorate the centennial of the Tulsa Race Massacre, which decimated a Black community from May 31 to June 1, 1921, a new building will glow where the ruins smoldered. It is home to Greenwood Rising: Black Wall Street History Center, designed by Selser Schaefer Architects, a Tulsa firm, with exhibitions by Local Projects, a Manhattan company known for the 9/11 Memorial & Museum among other immersive installations. The center opens to the public in June.

Rectangular openings scattered along the lightweight concrete exterior will be lit by LEDs, programmable in multiple colors. In the galleries, artifacts, photos and films will span two centuries. The context of American racial violence will be represented in displays of slave shackles and a bloodstained Ku Klux Klan robe. Chairs will be arranged in a simulation of a family-owned barbershop in the Greenwood neighborhood, where Black Wall Street power brokers had congregated. Painted and neon signs will advertise stores and other businesses that had thrived nearby.

One room will be devoted to a video evoking the firestorm. Buildings will crumble as the soundtrack quotes survivors’ reminiscences of losing relatives, friends, homes and livelihoods. In the final galleries, visitors can post reflections about ways to combat contemporary racism.

Phil Armstrong, the project director for the 1921 Tulsa Race Massacre Centennial Commission, said the dayslong 1921 assault was long considered “Tulsa’s dirty little secret,” barely discussed among locals. (The Smithsonian’s National Museum of African American History and Culture has devoted a new website to its holdings about the subject.) He expects more artifacts and stories to surface from friends and relatives of eyewitnesses and victims, he said, after the center opens and sheds further light on the subject.

A Passport for Your Walls

Whether Rebel Walls’ new “Oddity” wallpaper looks odd is a matter of opinion. But there is no debating that the first conventional wallpaper offering from the Sweden-based company that specializes in wall murals is bold. The collection’s 16 patterns, each available in at least two colors, are inspired by global travel and elements of nature that include the Marmaris pattern, which recalls a tiled Turkish bath; the outsize green scapes of the Amazon; and Toledo, Spain’s, dreamy mix of historic architecture and old-growth trees.

“We have been inspired by all the places we cannot travel to right now,” said Irene Gimmersta, Rebel Walls’ co-founder and creative director.

The UV-light-resistant, matte paper is embedded with textile fibers, adding flexibility that makes the hanging process buttery-smooth; $108 per 32.8-by-1.6-foot roll.

Andile Dyalvane, an artist in Cape Town, molds terra-cotta chairs and stools in the shapes of oversize glyphs, symbolizing Xhosa words for fundamental concepts like “home” and “sustenance.” Along the clay surfaces, he sculpts small-scale versions of the symbols’ slashes, spikes and curves. The forms appear in Mr. Dyalvane’s dreams, too, he said, and it’s as if they bug him to include them in his art — “and it’s a good bugging,” he said.

His new seating series, with 18 examples (prices upon request), is on view through May 22 at Friedman Benda gallery in New York. The exhibition, titled “iThongo,” after a Xhosa term for ancestral dreamscapes, previously appeared at Southern Guild gallery in Cape Town and in Mr. Dyalvane’s remote hometown, Ngobozana.

During his childhood, he used riverbank clay there to make ephemeral sculptures, while tending his family’s livestock. A glaze-drenched columnar chair from his series, titled “Shepherd,” has been installed as a permanent outdoor sculpture on a nearby hilltop formerly inhabited by his community (they were pushed off ancestral lands by apartheid-era policies). In the Friedman Benda show, a lichen-green-and-brown seat titled “Ngobozana” has an arc handle and is textured with glyphs, gouges and nodules.

Jennifer Olshin, a partner at Friedman Benda, said the public would be allowed to sit on Mr. Dyalvane’s works, “definitely, absolutely, gingerly.”

Lara Bohinc trained in industrial design and jewelry, which makes her a natural for designing lighting. “Moonrise,” one of two new collections Ms. Bohinc did for the Brooklyn company Roll & Hill, includes a chandelier with arched metal branches and milky white circles that might have been unhooked from a giant’s earlobe. Complementary sconces, which are somewhat flatter, would look great as brooches on the giant’s lapel. The strong graphic lines give the pieces an Art Deco-ish glamour that is typical of Ms. Bohinc’s work.

Available in brass or a black anodized aluminum finish; from $1,100 for sconces and $12,500 for chandelier.

Homage to the Line

Beneath the minimalist shapes of Modernity, Rhyme Studio’s newest rug collection, lies multilayered inspiration. The company’s founder, Claire McGovern, designed the line to honor the legacies of the abstract painter Kazimir Malevich and the Irish designer Eileen Gray, two members of the high Modernist vanguard in the early 20th century. Mindful of her own heritage — she was born and raised in Dublin — Ms. McGovern specified 100 percent wool that is naturally dyed and hand-tufted in western Ireland.

The collection has three motifs: “Supreme,” inspired by Malevich’s “Supremus” series; “Heal,” which incorporates St. Brigid’s Cross, an Irish Christian symbol; and “Shine,” a special tribute to Gray, whose first name is derived from the Scots-Irish word meaning “shining one.” For Ms. McGovern, who is based in Brooklyn, the rugs also nod to a city that has been through as much as any other this past year. “It’s a collection for New York — the ultimate modern city,” she said;$13,900 to $23,000 for standard sizes.