During the most painful and difficult days of Daniel Tomanelli’s life, he continued to take care of Audrey Pence.

“He’s lying there in his hospital bed, asking me if I’m getting enough sleep,” said Ms. Pence, 26. “He’s asking me to go down to the gift shop and pick something out for myself. He was, quite frankly, being brave and strong not just for me, but for all of us during a really tough time.”

On April 24, 2017, Mr. Tomanelli, now 25, and his father, Dr. Joseph Tomanelli, 56, were piloting an airplane together, as the elder Tomanelli practiced takeoffs and landings near the Meriden Markham Municipal Airport in Meriden, Conn.

According to the Record-Journal the plane crashed through a fence and caught fire. Mr. Tomanelli, who was ejected from the plane, survived. His father did not.

“Audrey came and lived with me in the hospital,” Mr. Tomanelli said. “She never left my side, and she took care of not just me but my family, and she has remained fiercely loyal to all of us.”

“Once we came out of that,” he said, “I knew she was the girl I wanted to marry.” 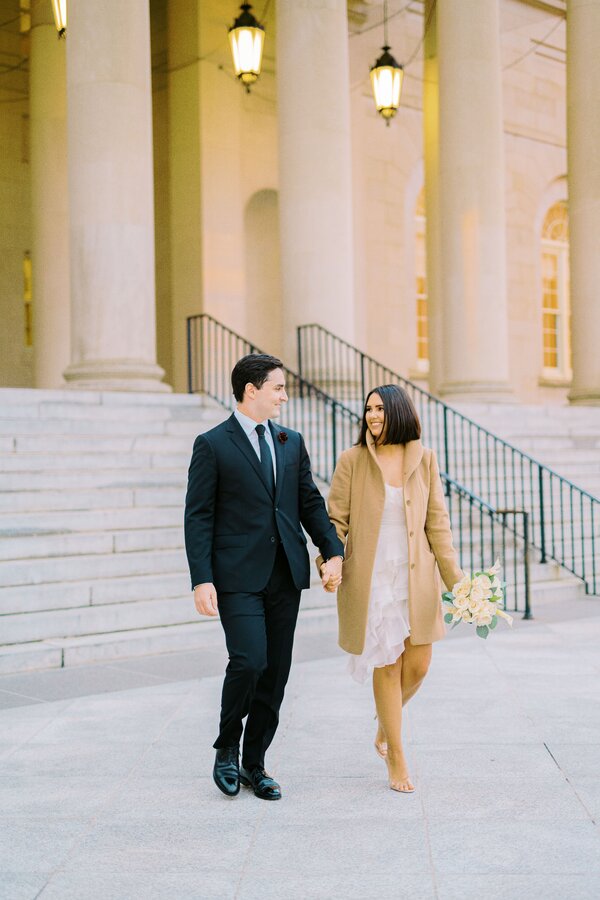 Ms. Pence, an associate at Covington & Burling in Washington, and Mr. Tomanelli, a policy adviser in the office of the deputy assistant secretary of the Air Force at the Pentagon, first met in July 2015 during a studies abroad program in the Balkans run through Northeastern University. They each graduated with degrees in international affairs. Both also minored in Arabic. Ms. Pence also has a law degree from Yale.

“From the start he had such an ease about him,” Ms. Pence said. “I think within our first two conversations, it was if we had known each other forever.”

Mr. Tomanelli was equally impressed. “I had admired her from afar before we met,” he said. “I soon found out that she was brilliant and very beautiful, and also very adventurous.

They were engaged in February 2019.

“I took her to a family vacation area in Cape Cod to give her the ring and tried to catch a romantic sunset,” he said.

But it rained all day. “After a long drive to get there, it was a little disappointing,” Ms. Pence said. “But at least I knew there was another surprise coming as far as my ring was concerned.”

They had originally planned to marry in May in Kauai, Hawaii with up to 80 guests, but the coronavirus shut down those plans.

They were married instead on Nov. 1 in a self-uniting style ceremony on a patch of sidewalk near the flagpole outside the Moultrie Courthouse in Washington. Twelve guests were present, including the bride’s father, Vice President Mike Pence, and her mother, the second lady, Karen Pence, and the groom’s mother, Eve Tomanelli.

“We really wanted to pull off a courthouse wedding, but the courthouses in D.C. are currently closed,” said the bride, whose father led the couple’s exchange of vows. She said if all goes well, they will have another bigger celebration next summer in Hawaii.

“I just love Dan,” said the bride’s mother, Mrs. Pence. “He has a really gentle spirit. He’s friendly and respectful. But the thing I love about him most is that I can tell how much he loves Audrey.”

When asked if her father’s career has affected her everyday life, Ms. Pence said simply: “Dan and I started dating before my family stepped onto the national stage, and I think that family comes before politics every day of the week and this is certainly the case with our relationship.”