WE love a good bargain as much as the next person, but it seems these mums have no limits when it comes to thrift shop buys.

A bargain-mad mum sparked a heated debated online after asking fellow money-savers where she should "draw the line" on second-hand items as she was hoping to score some pre-loved towels for cheap. 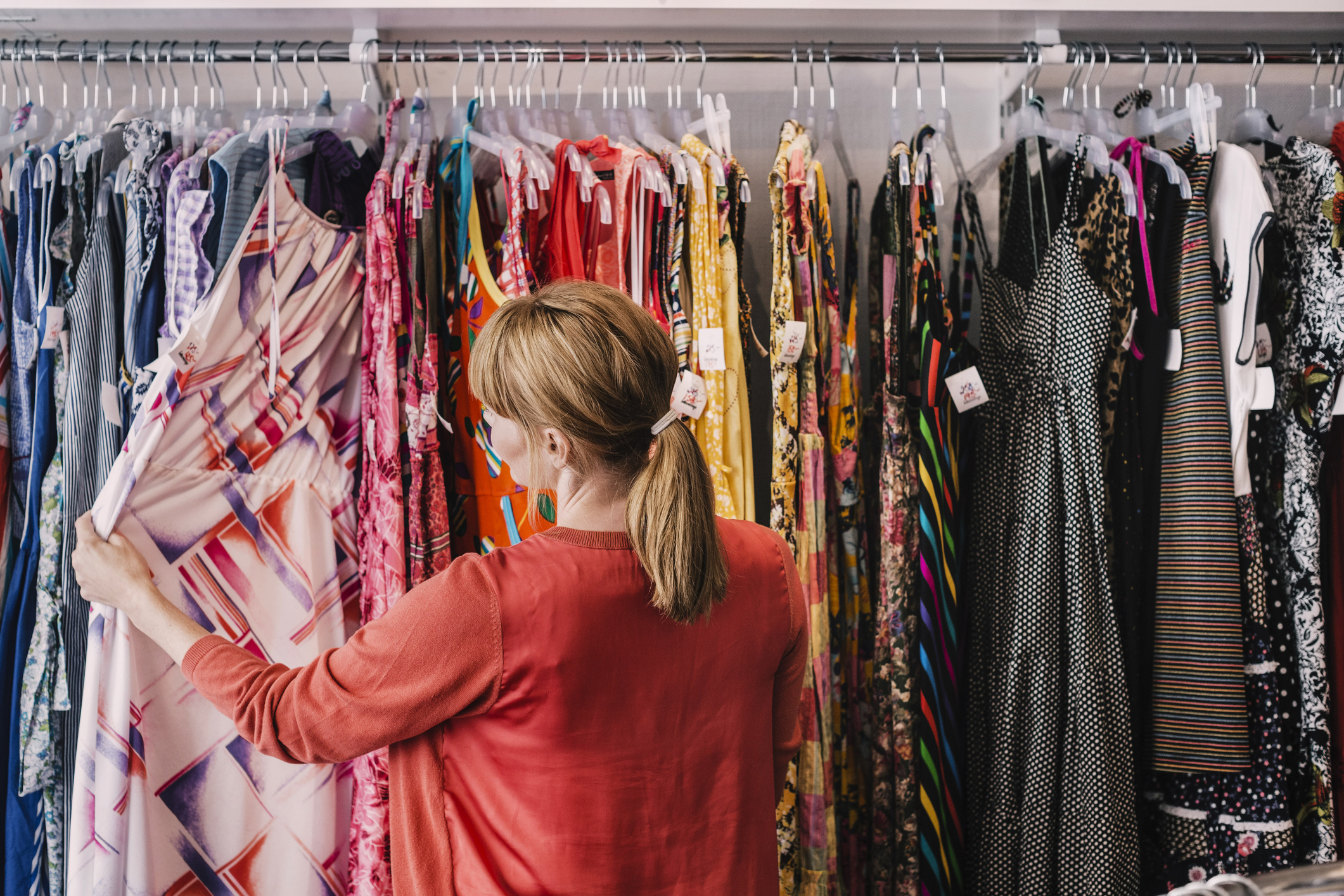 The British woman prompted a flurry of responses after posting on Mumsnet, where others admitted to using second-hand knickers and even babies nappies.

Many argued that a "good wash" is all you need to get them near new again, but not everyone agreed.

A large chunk of users suggested underwear is off limits, but everything else should be fine to wear.

Meanwhile, charity shop workers chimed in on the debate and revealed some of the bizarre items they have seen donated – including false teeth, 'latex garments' and even sex toys.

Starting the debate, the original poster wrote: "I try to buy second hand stuff as much as possible. I need some new towels – are second hand towels unacceptable?

"I think second hand knickers would be a line drawn and towels have probably been just as close if not closer to someone's front bottom. Where do you personally draw the line?"

Many agreed that towels were ok and compared them to using hotel towels.

One wrote: "I've had second hand towels from family so I know who's had them previously. Not sure I'd have them from anywhere else even with a boil wash."

Although for some, towels were completely off-limits, as was underwear, a mattress or bedding.

While most agreed on the underwear front, some deemed it "logical" and even "sensible", with one arguing a "proper wash" will eliminate any issues. 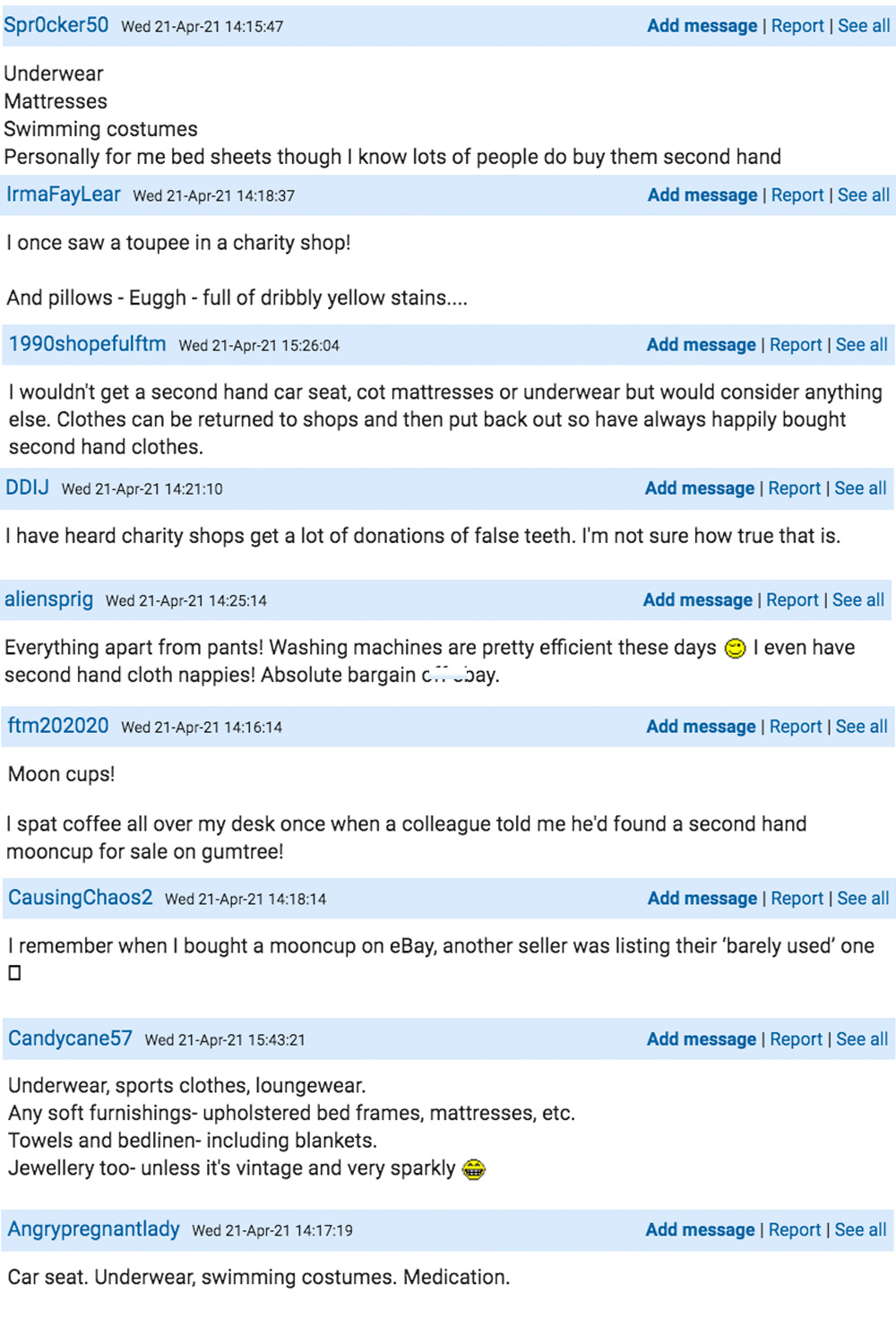 One mother admitted that she passes on her eldest son's underwear to her younger boys for this very reason, and she doesn't see an issue at all.

A fair few mums admitted to thinking cloth nappies were fine to buy and said they use second-hand items all the time, but not everyone agreed.

One penned: "Everything apart from pants! Washing machines are pretty efficient these days wink I even have second hand cloth nappies! Absolute bargain off ebay."

A second commented: "I have bought secondhand nappies for my baby. After a proper wash there shouldn't be anything there."

Another posted: "Going back a few years here but bought second hand nappies on the for sale boards on this very site. Most of them were fine but one lot were absolutely grim."

A fourth added: "I have a friend that worked for ebay who told me about the problems they had in controlling sellers and buyers of worn underwear. I think its fine to sell used undies but not unwashed but apparently sellers who advertise their underwear use certain words to hint that the knickers haven't been washed etc."

Previously, a woman revealed that her entire wardrobe is second hand from charity shops and shared how to get the best bargains.

Plus a couple, 22, buy rundown house & turn it into a chic pad thanks to DIY YouTube clips & antique shop bargains.

And a woman thrilled with her charity shop jacket finds creepy secret note in the pocket.