Home » Beauty and Fashion » Bored brits are stripping off and doing naked yoga, nude baking and boozing in a virtual ‘naked pub’ during lockdown

Bored brits are stripping off and doing naked yoga, nude baking and boozing in a virtual ‘naked pub’ during lockdown

BRITS are stripping off to beat lockdown boredom and turning to naturism. 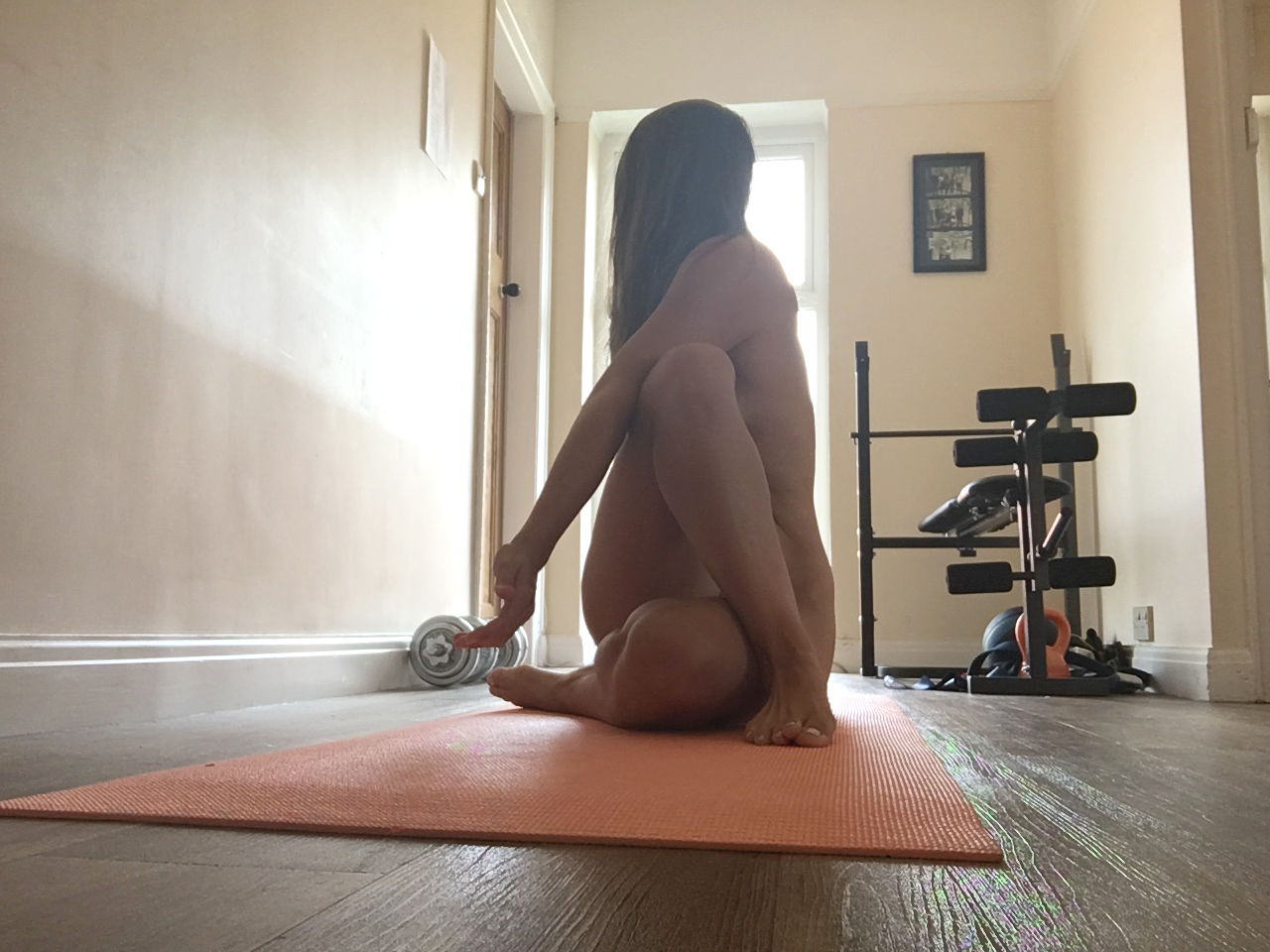 British Naturism, an organisation that promotes naturism in the UK, has introduced free virtual yoga classes for the first time during coronavirus pandemic.

There have also been nude drinkers enjoying its ‘Naked Pub’, and baking fans are logging in for the ‘Naked Kitchen’.

They have experienced a surge in interest, with 40 new members signing up in just a single week.

The group – whose membership currently stands at around 9,000 – saw 200 people take part in one naked yoga session alone. 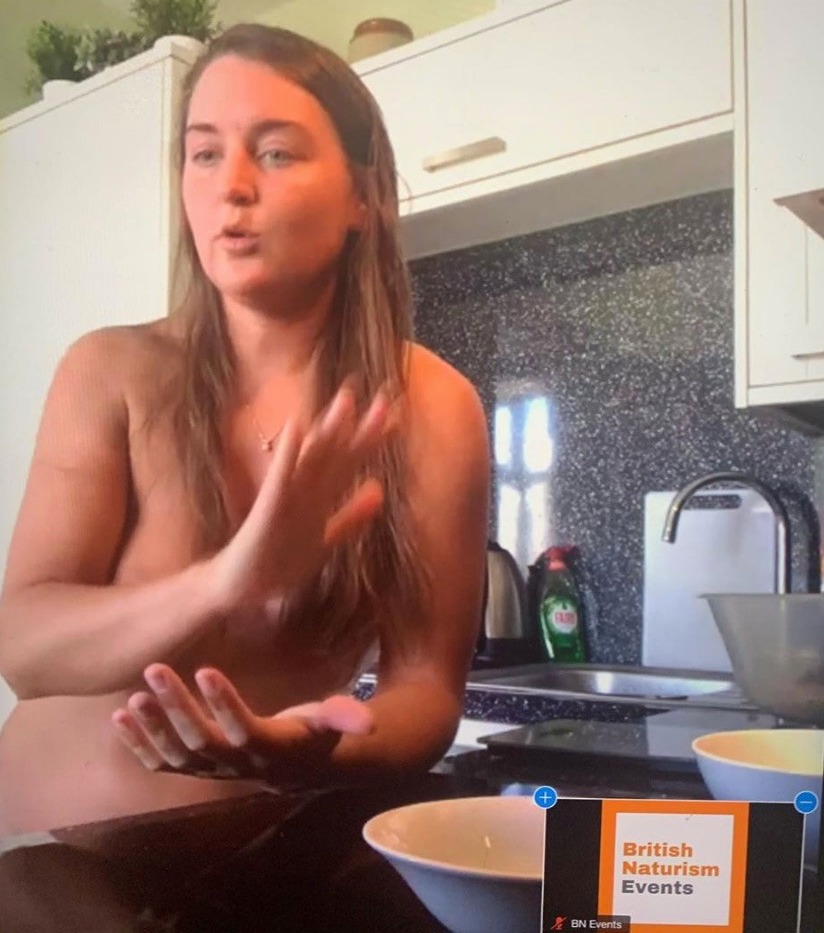 Pamela – a 28-year-old who hosts the weekly Naked Kitchen on Zoom -has suggested the sessions are becoming increasingly popular because people feel less conscious stripping off at home.

She said: “We used to just have a forum for people to talk among themselves or host some events.

“But unfortunately we had to cancel about 40 events because of the lockdown which left people thinking they wouldn’t see people for another year.

“We’ve had an influx of people joining British Naturism and are reminding them that naturism does genuinely start at home. 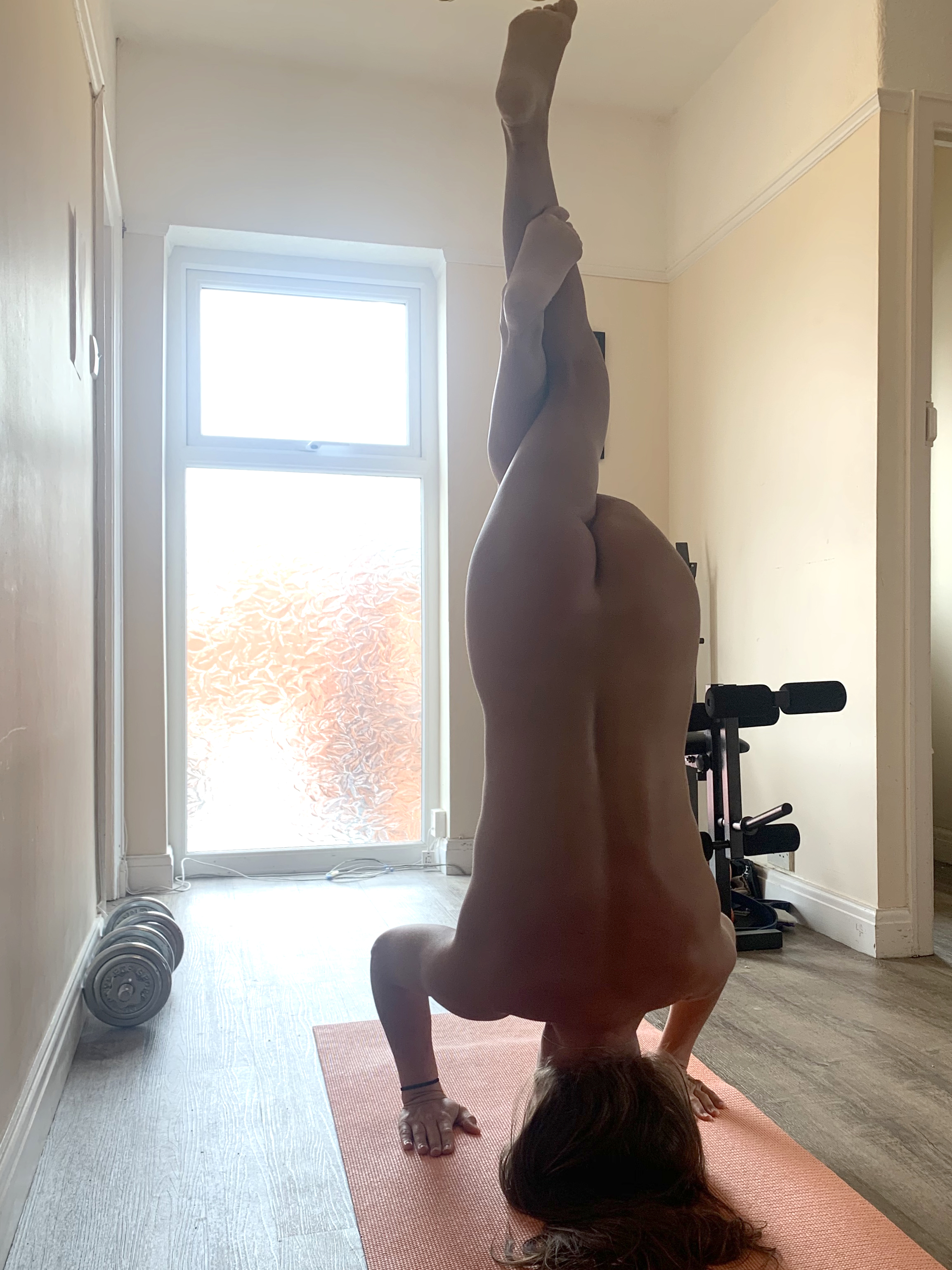 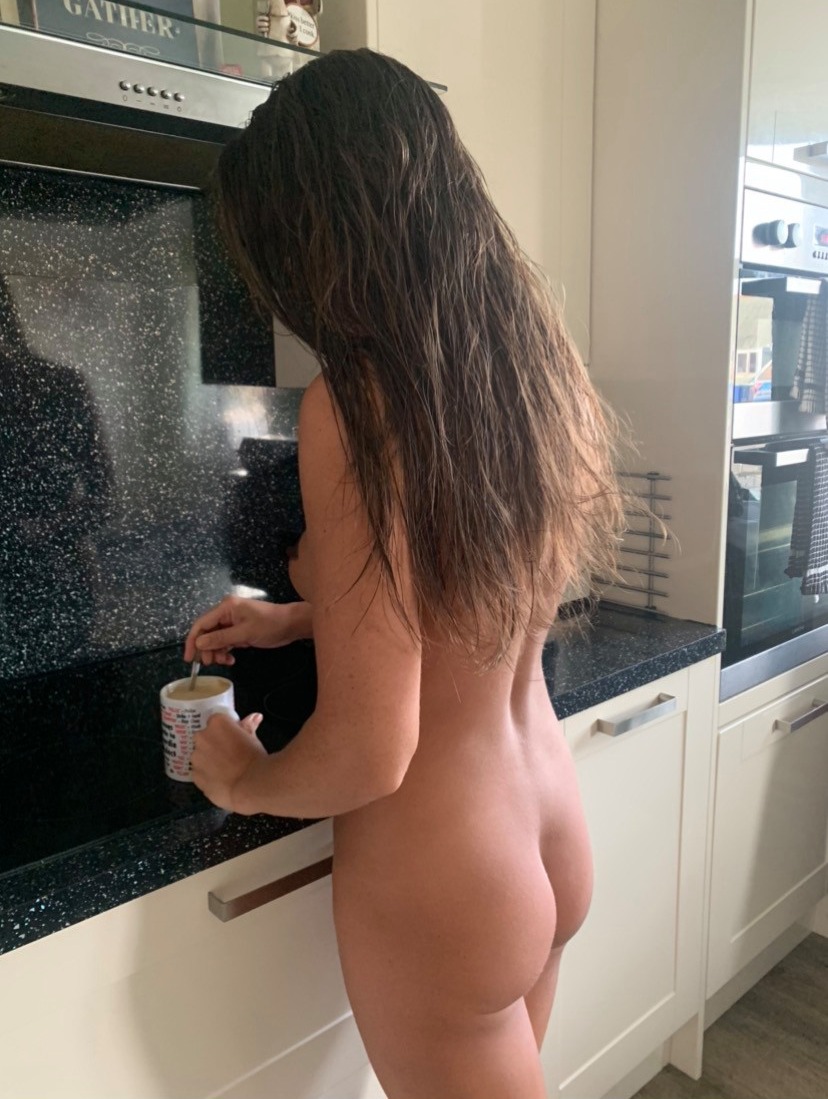 “There’s a lot of people who are utilising the fact they don’t have to get up in the morning and get ready.

“I think people are embracing the fact they don’t have to feel or look perfect during the lockdown. Perfect isn’t realistic.”

In her baking class every Wednesday, Pamela has whipped up flapjacks and a salted caramel cheesecake whilst starkers.

She explained: “My mum’s a baker so it’s something I really enjoy. 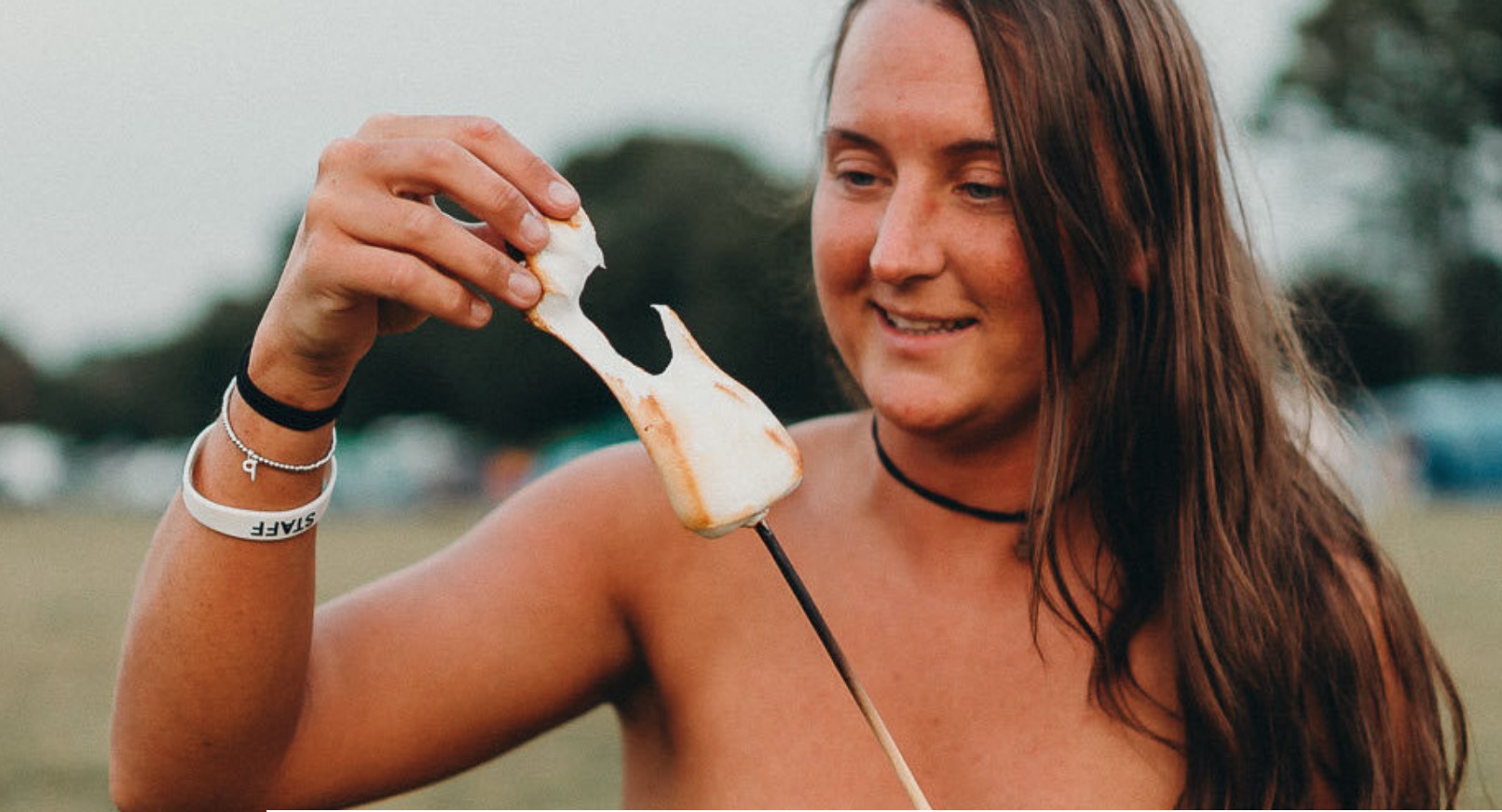 "I let everyone decide what they want to bake – so for example, we’re making a Victoria Sponge next week.

“Sometimes there are people that I’ve never seen before but they feel like it’s a community they can get straight into."

Pamela added: “We have got more of a young group joining all the time. Naturism was very much known as an older person’s thing but I do think more young people are getting involved.

“I think lockdown has opened up another world for people to get involved in. 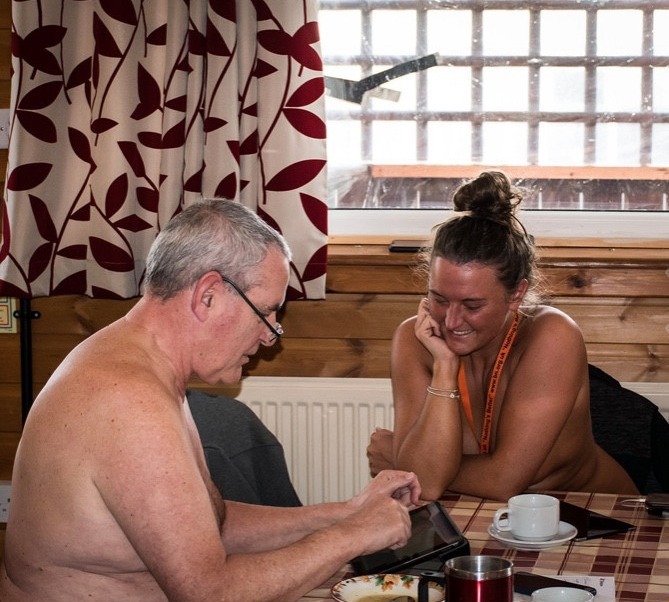 “It’s nice to have this completely different style – and we often do break-out sessions with five or six different people.

“So you’re actually having more intimate conversations with smaller groups – rather than just meeting them at events or walks.

“Some people are naturists in their own house, because they don’t always want to take that extra step – whether it’s body confidence or social anxiety.

“But having the comfort of being at home and still being able to communicate with others is probably an easier get in. 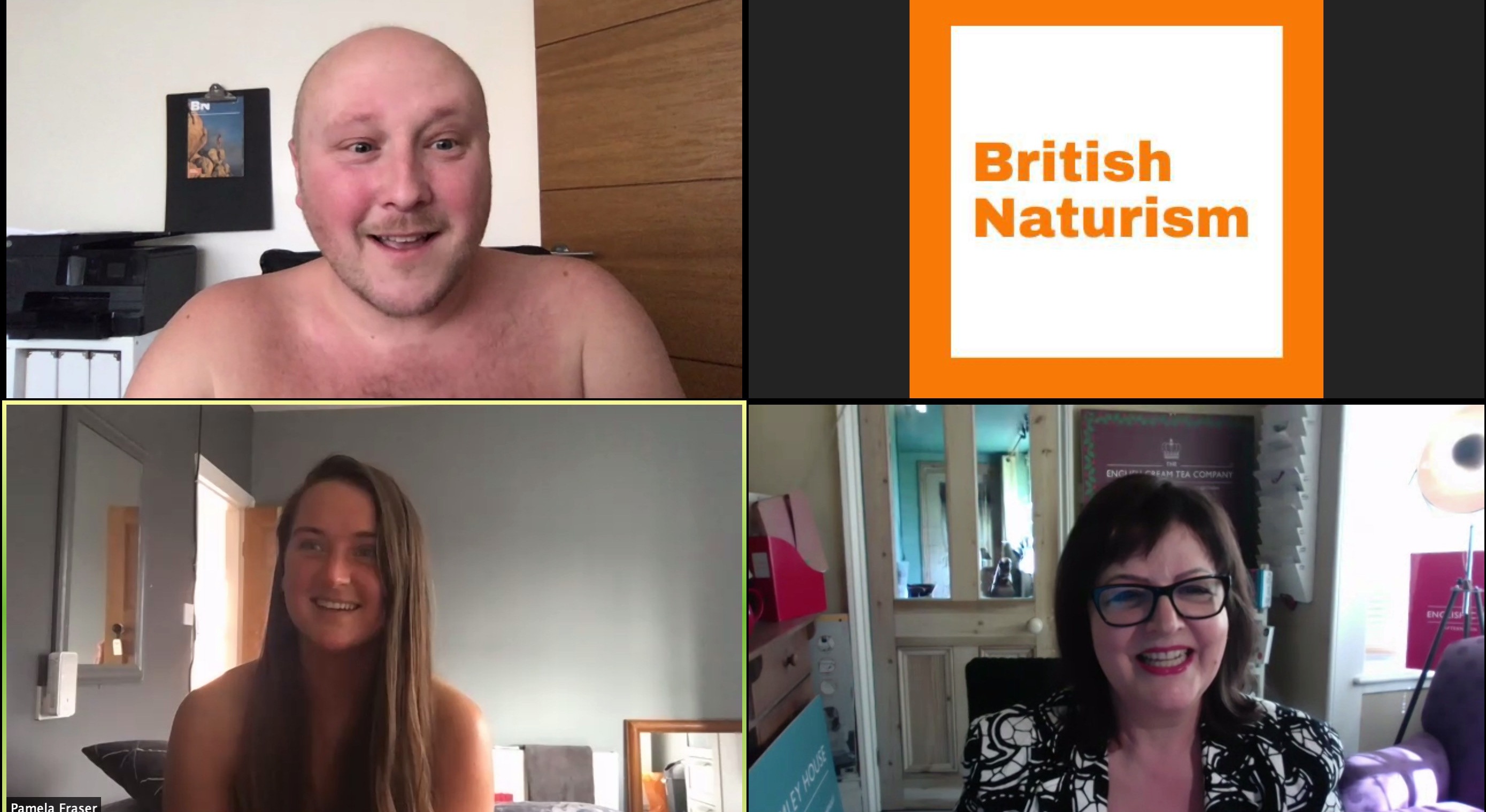 “Everyone’s feeling like the community is more together during the lockdown than it ever has been.”

They are hoping to cover all bases with their online classes – which also include coffee mornings, afternoon tea and “fitness for non-fitties”.

Pamela, who is from Preston in Lancashire, has estimated that she clocks up to eight hours on Zoom video chat every week.

The organisation have opened classes up to people around the world who are part of the International Naturist Federation. 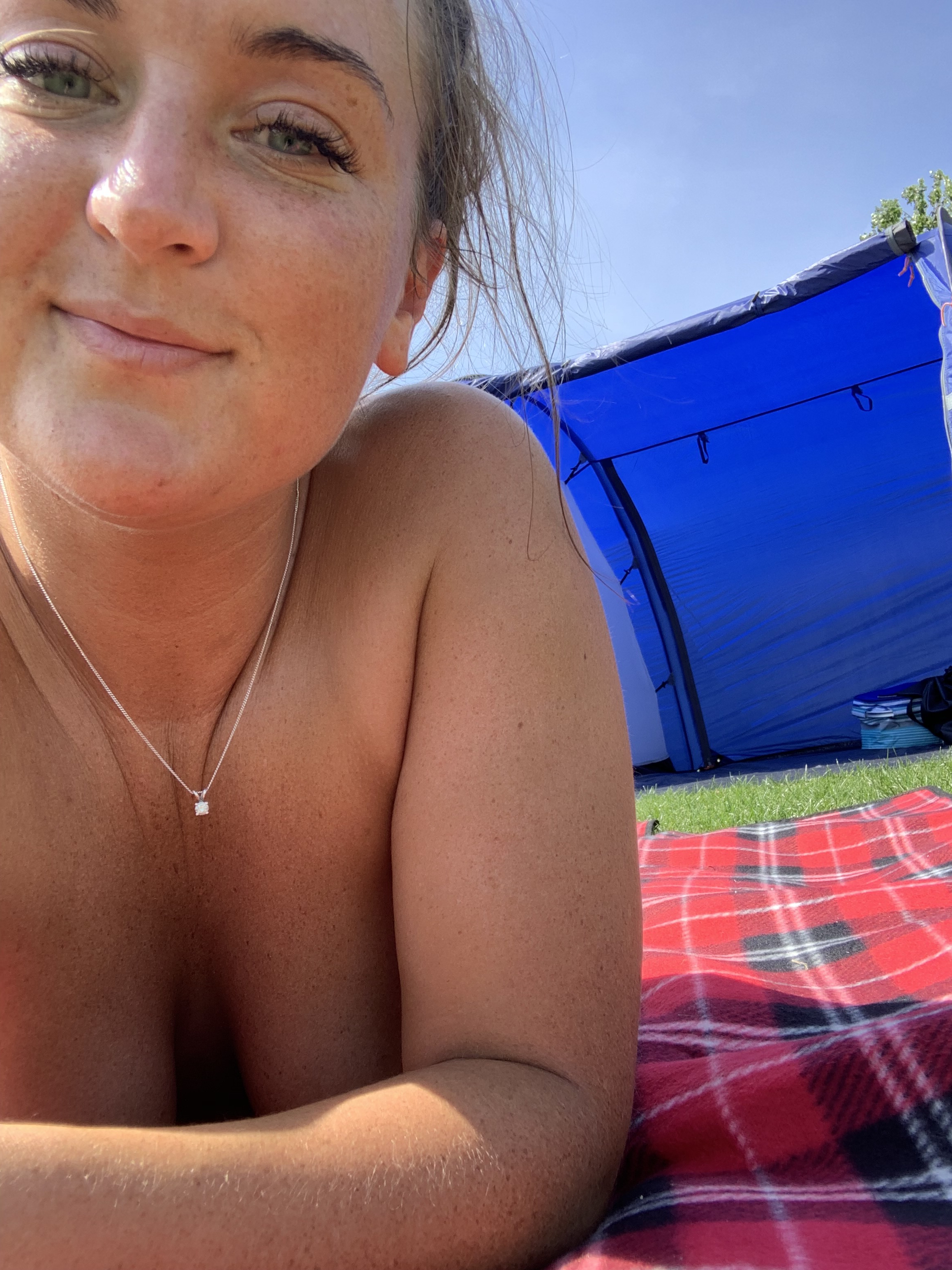 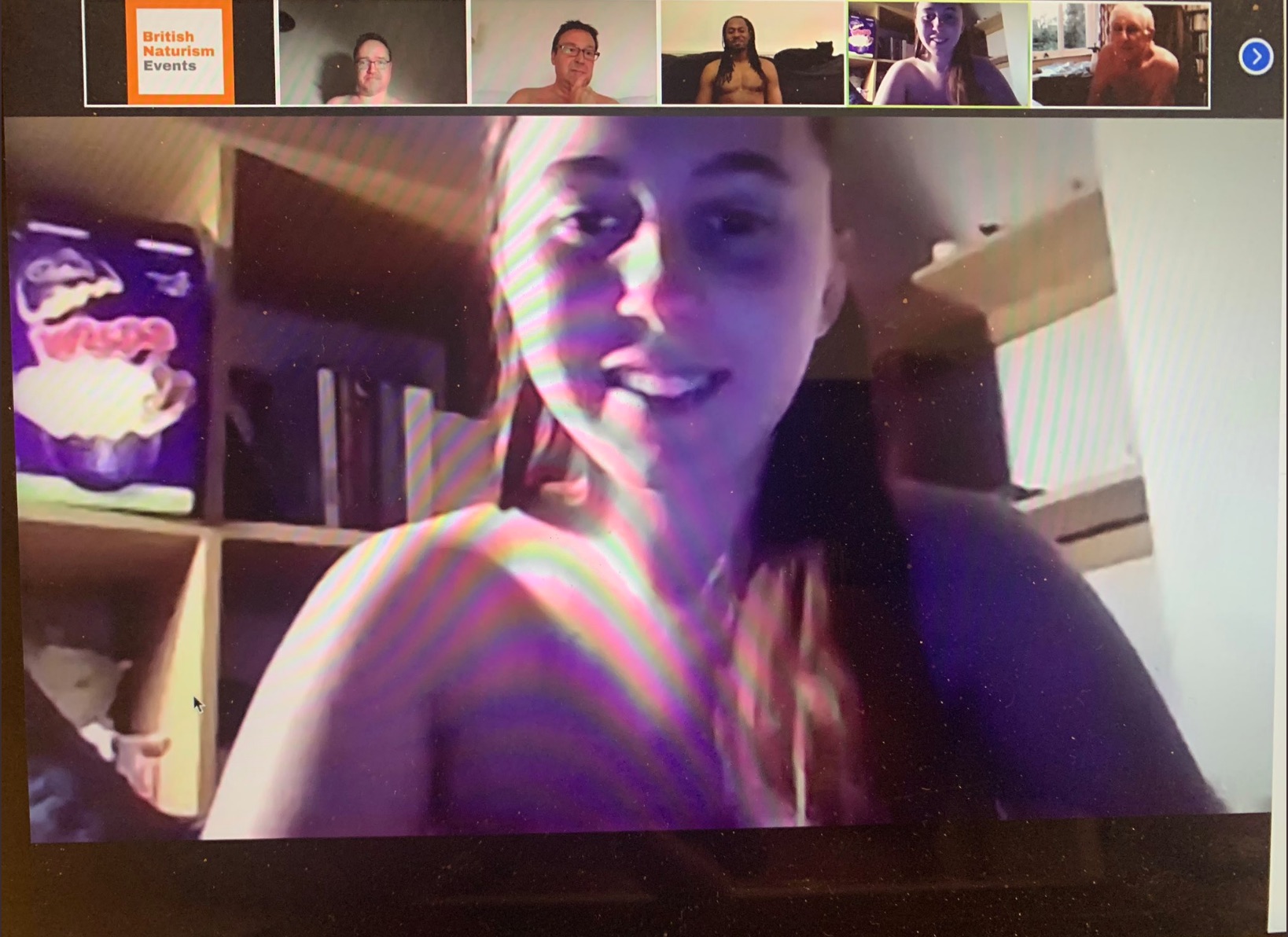 One man, who lives in New Zealand, joins Pamela’s baking class and another does yoga from San Francisco.

“We do have people who are doctors and nurses who are using the services.

“There are also families where the kids come first- so they’ll get into the Sunday yoga session at 8pm after the children have gone to bed.”

Speaking about how they manage the popularity, she said: “We have three safeguarding people who sit through the classes and if they spot people who aren’t taking part in the activity, they’re kicked off. 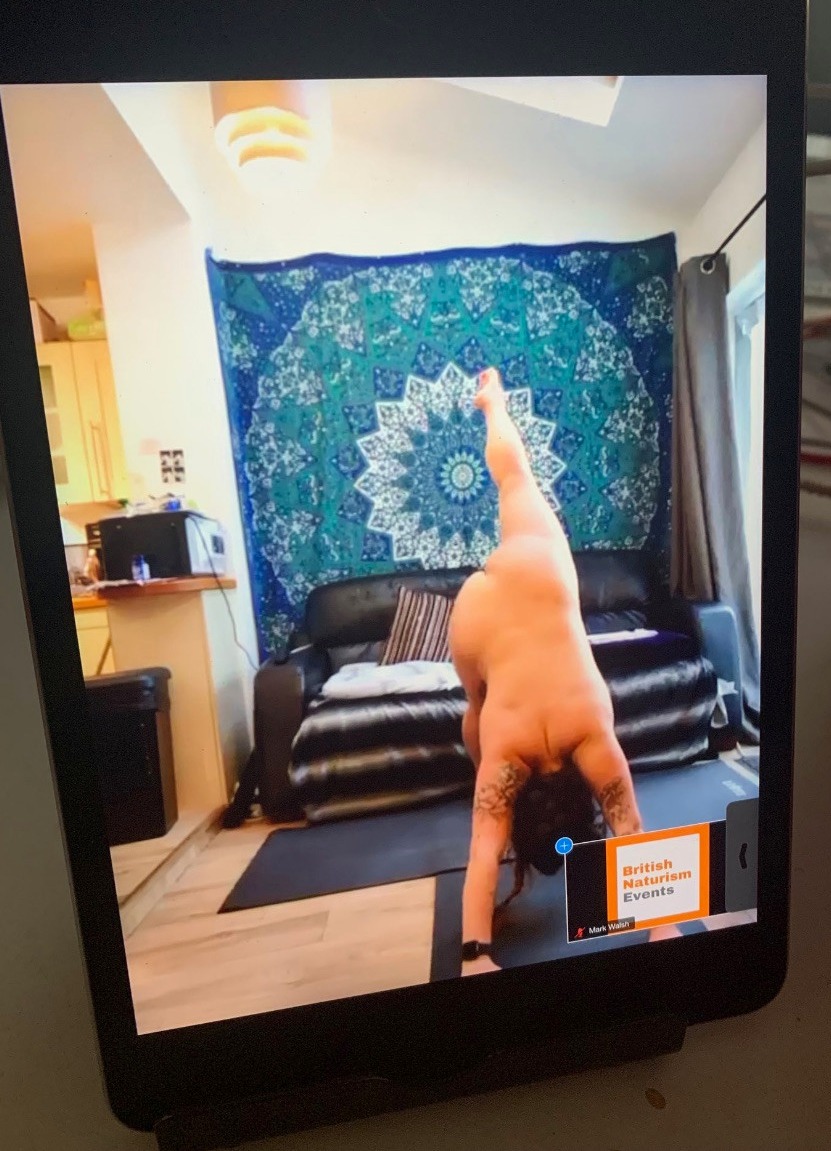 “But other than that, they follow the teacher and then have break off sessions.”

The organisation has been active since 1964, and it is run by volunteers and a small paid staff

It has traditionally offered members – who pay just under £4 – a quarterly-produced magazine on naturist news, access to an online community, blogs and events.

In other real life news, we told you how a woman with a £25k shoe collection has been wearing heels every day in lockdown.

We also revealed that the UK's biggest family The Radfords have left home en masse for the first time in five weeks.