A ROYAL fan has shared a glimpse at Kate Middleton and Prince William’s highly-anticipated Christmas card for this year.

The Duke and Duchess of Cambridge can be seen beaming outside on a bench, with their three adorable children Prince George, seven, Princess Charlotte, five, and Prince Louis, two. 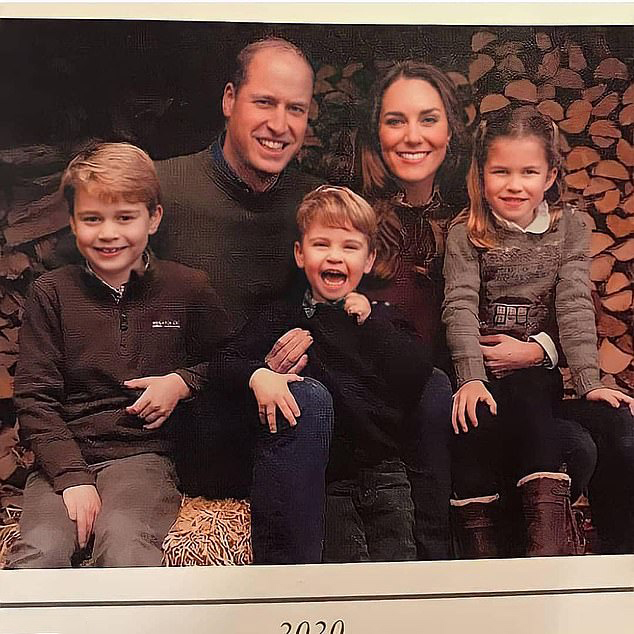 It hasn’t been officially released by the palace, and it hasn’t been confirmed when or where it was taken, although the family spent most of lockdown at Anmer Hall in Norfolk.

While the whole Cambridge family are beaming the shot, it is little Prince Louis who steals the show in the leaked festive card.

Their youngest child can be seen laughing happily as he is cuddled by his devoted parents.

Meanwhile Princess Charlotte is sitting on her mum’s knee, with Prince George perched next to William, 38. 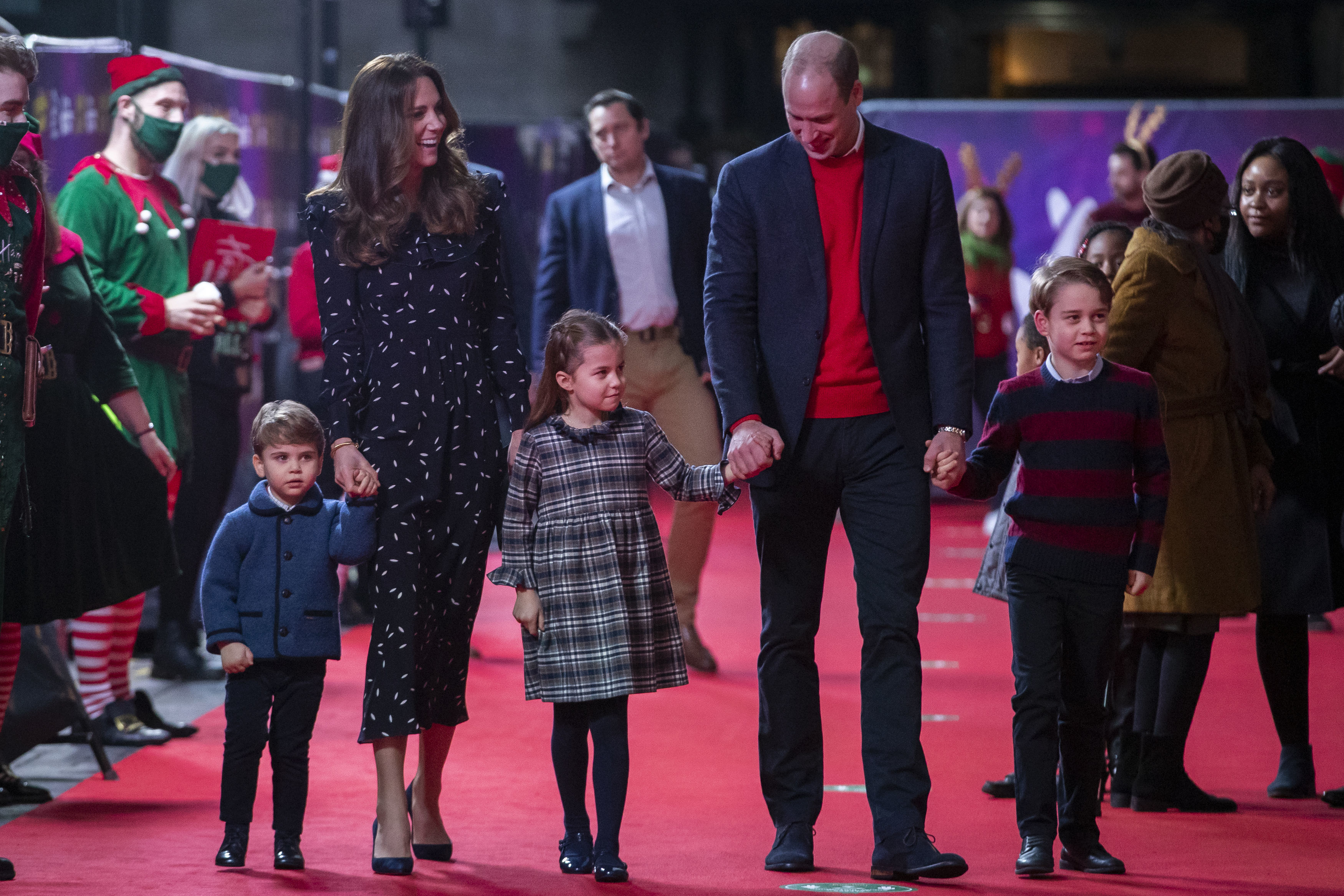 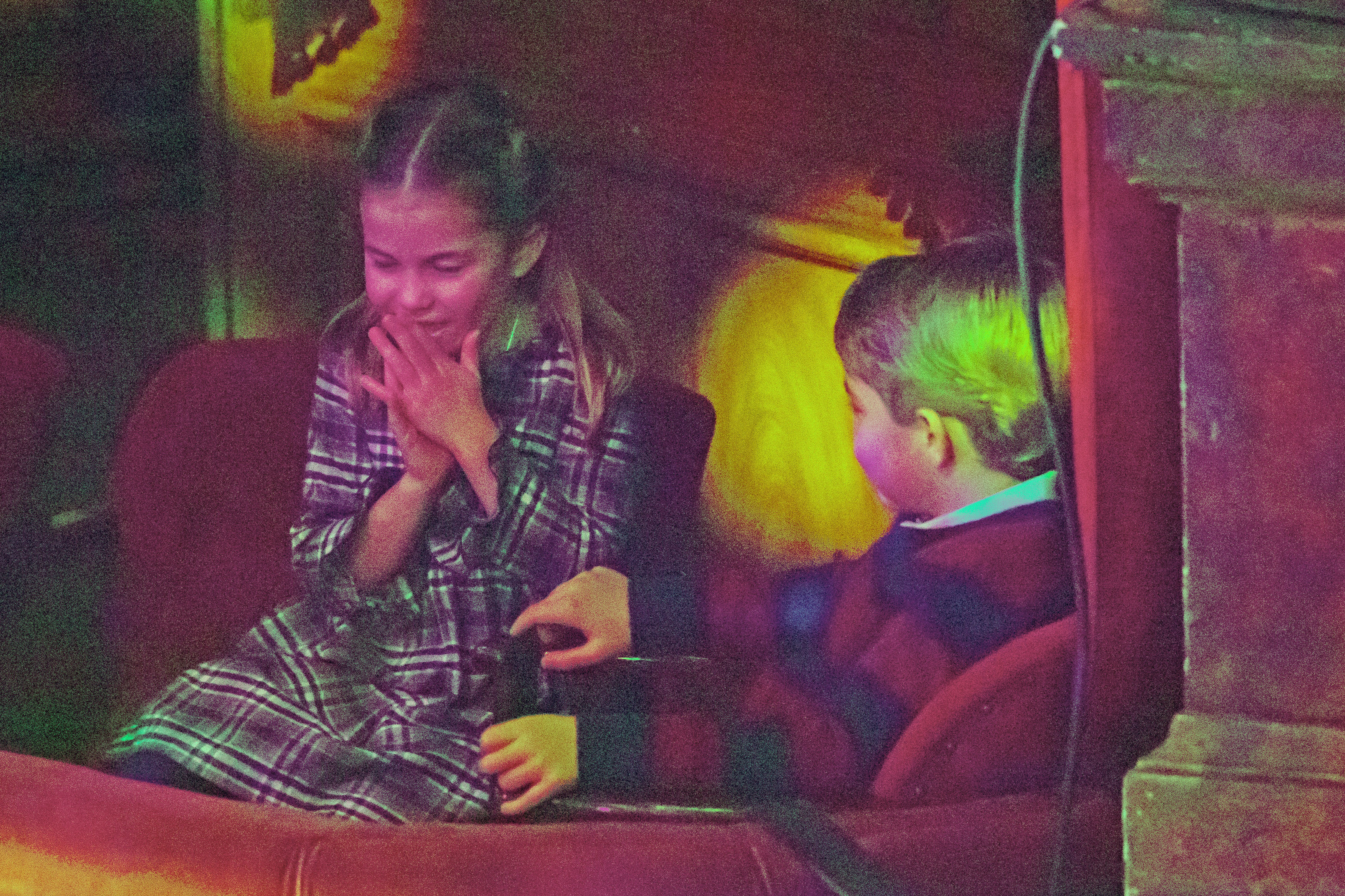 The photo has been taken outside with a pile of wood behind them, with the family looking warm in cosy winter clothes.

The card reads “To all the amazing NHS staff," with the message: "Wishing you a very Happy Christmas and New Year."

For last year’s Christmas card, Kate cuddled up to William as Louis, Charlotte and George played on a vintage motorbike.

And the year before, the sweet family-of-five beamed in autumnal bliss outside their Norfolk home. 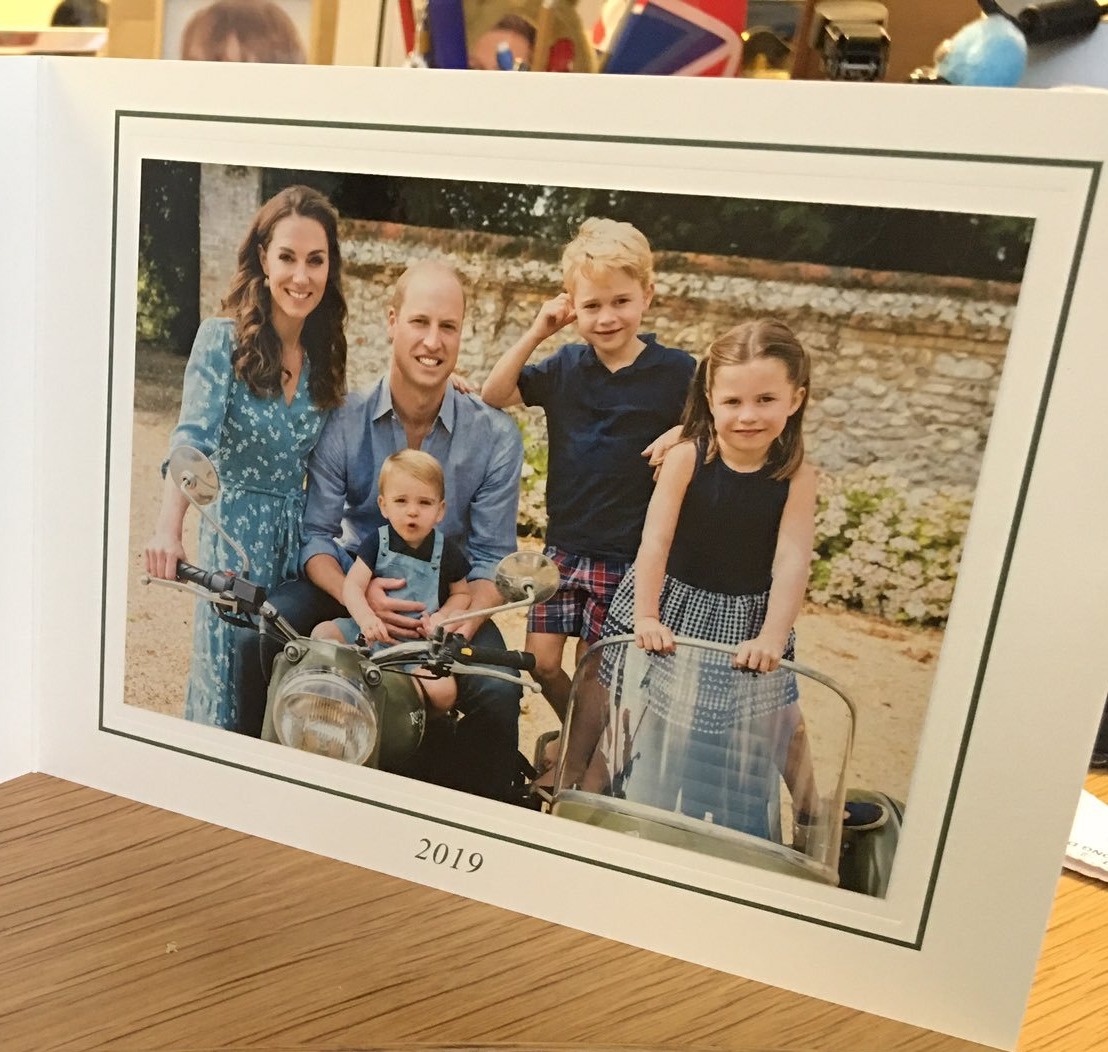 Royal fans were also treated to Kate and William and the three kids stepping out at the pantomime last night.

The family-of-five walked arm in arm together on the red carpet at the London Palladium to thank key workers.

They were treated to a performance of Pantoland starring Elaine Page and Julian Clary alongside Covid-19 hero bin men, NHS staff, delivery drivers and charity volunteers. 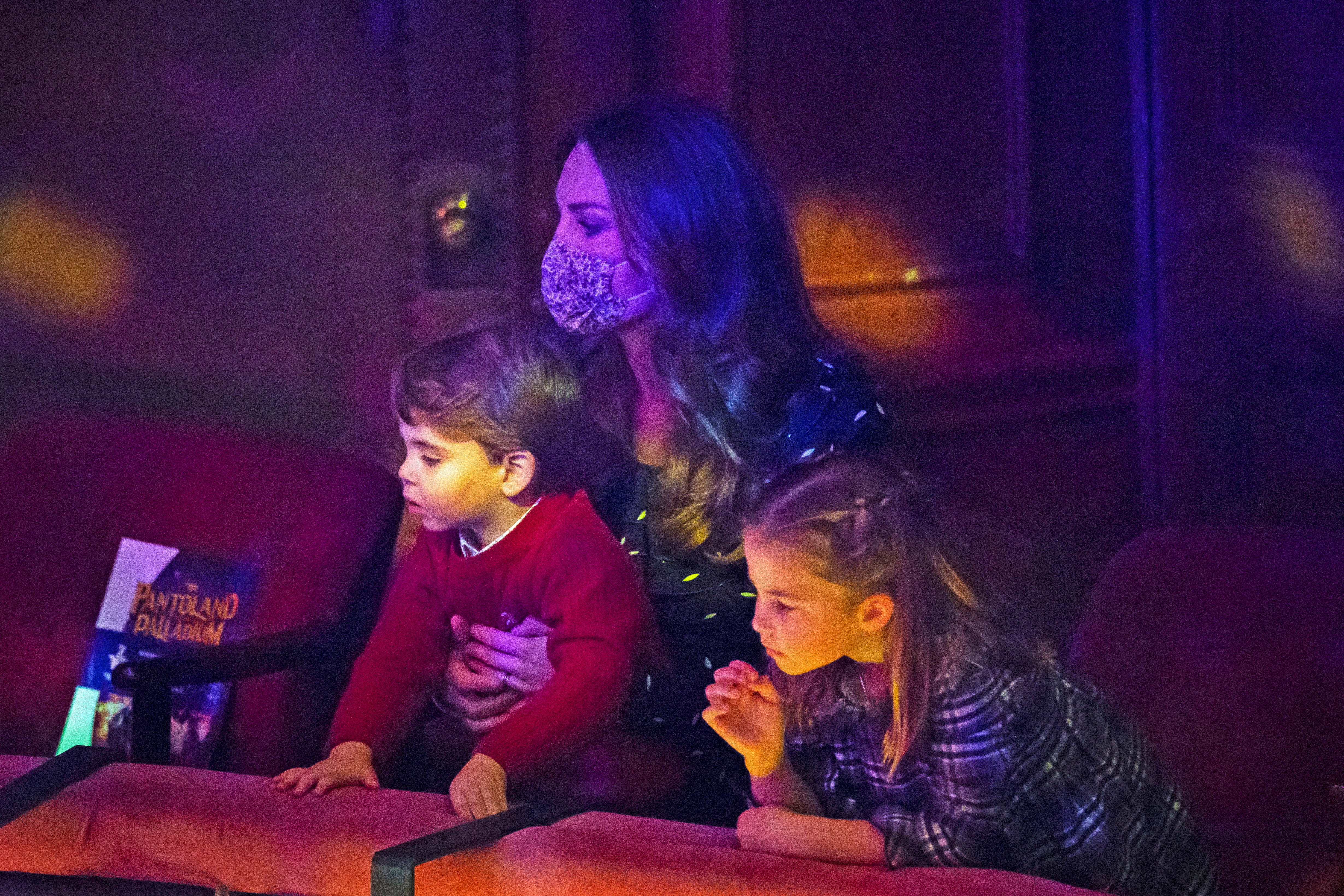 It is believed to be the first time the family has been to panto and in the royal box together.

Prince William gave a speech hailing sacrifices made by key workers during the pandemic saying the nation owes a "debt of gratitude".

And paid tribute to Dame Barbara Windsor describing the late actress as a "giant of the entertainment world" and a "legend on pantomime stages across the country".

He added: "I know we’ll all miss her hugely." 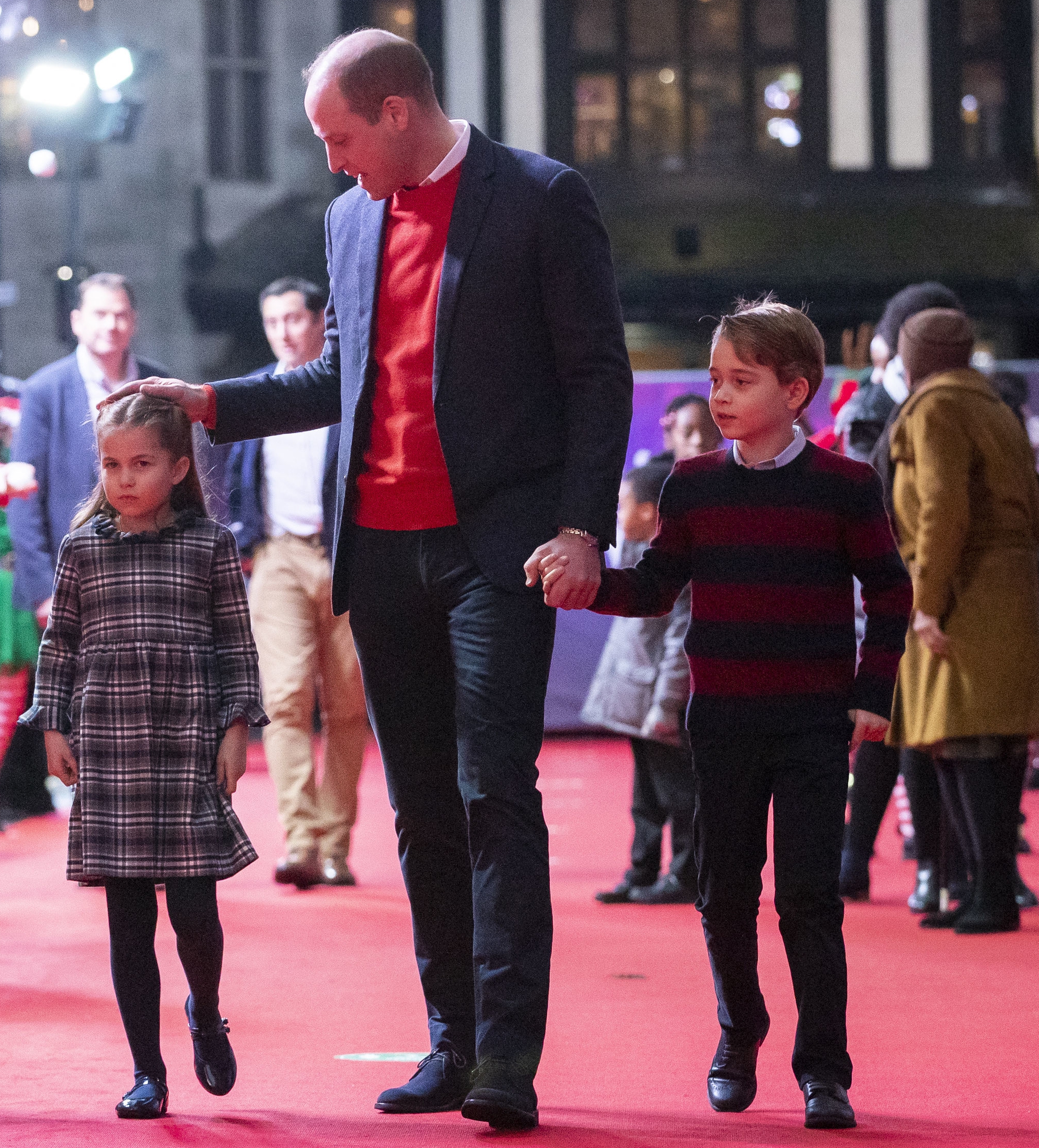 But the real stars of the show were Prince George, seven, Princess Charlotte, five and two-year-old Prince Louis.

The family walked hand-in-hand on the red carpet at the West End show.

George wore a brown and black striped jumper and Charlotte donned a grey dress. Kate was wearing a dress by Alessandra Rich. 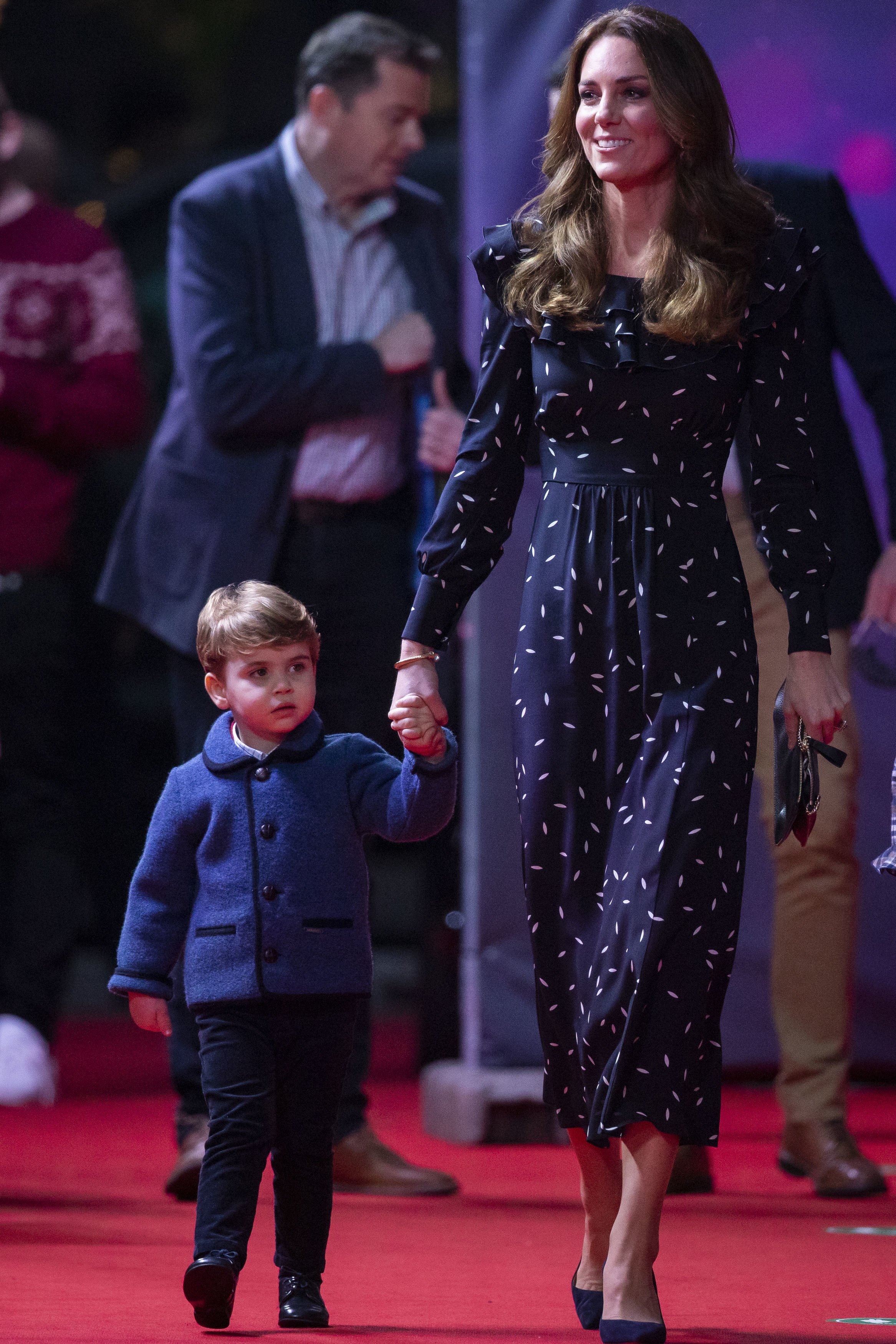 For much of William’s speech, Louis sat on Kate's lap and pointed at a big glitter ball hanging from the ceiling above the main part of the auditorium.

When William returned to find his seat Charlotte did a cheeky face palm as before they all settled down for the show.

It was two-year-old Louis's second public outing after appearing at the Cenotaph last year.