Home » Beauty and Fashion » Cross Colours Pops Up at Nordstrom

Cross Colours Pops Up at Nordstrom

Original urbanwear brand Cross Colours is back in the spotlight with a two-week pop-up at Nordstrom’s New York City flagship. The shop, in the Center Stage of the women’s store in Columbus Circle, will be open through Aug. 8. It offers men’s and women’s hoodies, sweatpants, T-shirts, rugby shirts, footwear and accessories ranging in price from $20 to $216.

The collection is also available at Nordstrom stores nationwide and on its web site.

The shop features archival pieces and imagery from the brand’s 30-year history, including photos of some of its celebrity fans, including Will Smith, Tupac Shakur, Mark Wahlberg and Magic Johnson from the ’90s and Rihanna, Drake and Billie Eilish, who have embraced the brand since its return in 2018.

Founded in 1989, Cross Colours was one of the pioneers of the new urbanwear market and was quickly adopted by the entertainment world including Smith, who starred on the NBC sitcom “The Fresh Prince of Bel-Air,” and the casts of Fox shows “Martin” and “In Living Color.” West Coast rappers Tupac Shakur, Dr. Dre and Snoop Dogg, group TLC and Muhammad Ali also embraced the brand.

Jones said the brand in its first year sold $15 million in product.

In the pre-social media landscape, Jones and cofounder TJ Walker drove to film sets and met with wardrobe associates and hired an associate to connect with music acts, especially up-and-coming artists. Jones said the brand had three years of free exposure in music videos before networks caught on and began blurring the logo because they hadn’t paid to be in the videos like other brands.

“The shows became our platform for marketing and it elevated and exposed the brand to an unbelievable level,” Jones said. 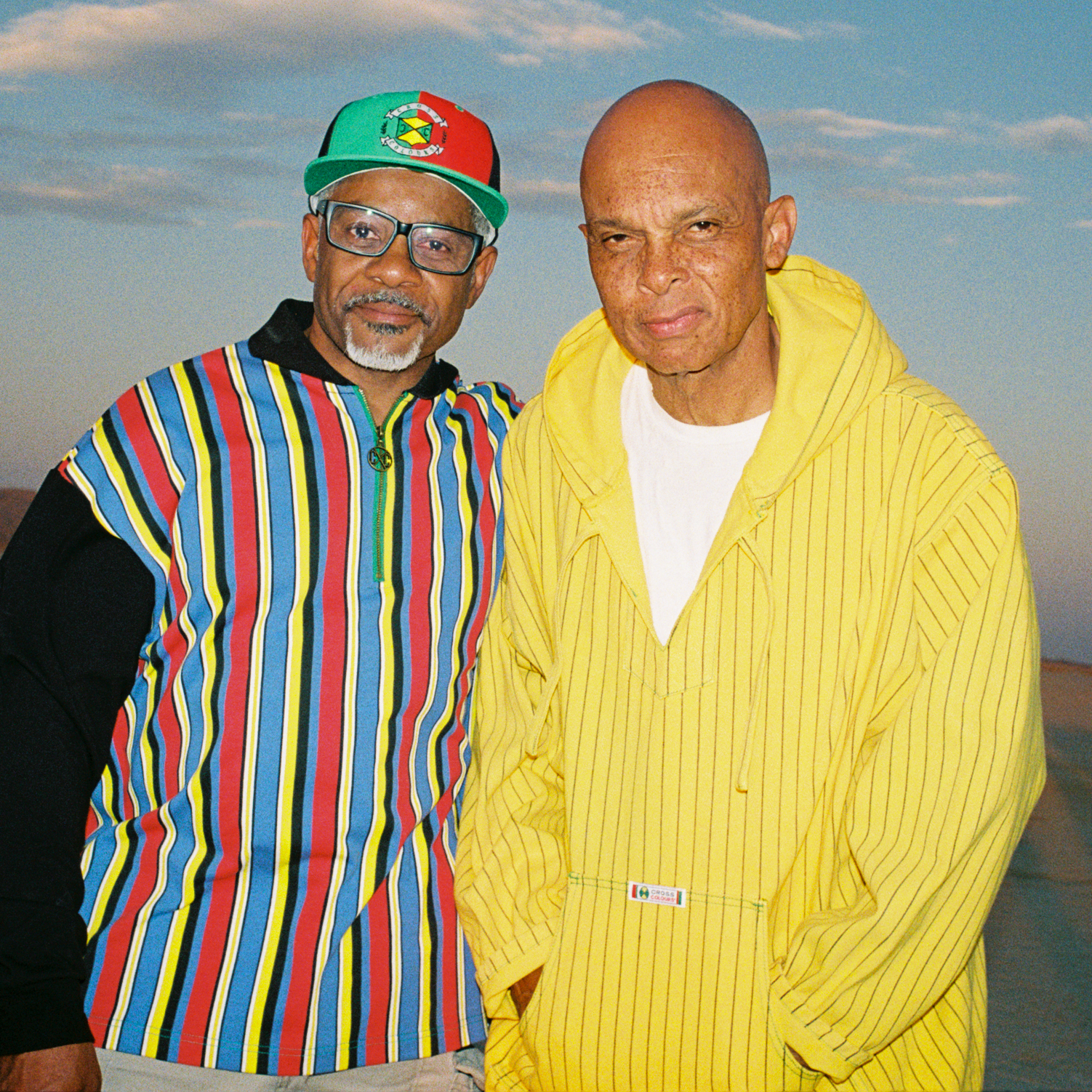 By 1993, the brand had grown to $80 million but by the next year, it was over. One of its largest customers, Merry-Go-Round Enterprises, a large and popular young men’s chain, filed for bankruptcy that year and ultimately liquidated.

Five years ago, the owners made a decision to relaunch the brand with a new team but the same manufacturing partners and aesthetic, said Walker. “The important part is that we didn’t go to the discounters, so the integrity still held true,” he said. And they found that the customers who had bought the brand in its heyday “still felt it had worth.”

One of the brand’s first moments back on the scene was a collaboration with Pyer Moss for Kerby Jean-Raymond’s label’s first “American, Also” collection that debuted in February 2018. It was sold on the Pyer Moss website.

Today, the duo is hoping to continue the Cross Colours legacy and build around its Love Black Lives line in response to the Black Lives Matter movement, a mentorship program with HBCUs and licensing deals with musicians like the Tupac Estate — “We felt it was important to have that relationship,” said Jones — late singer Aaliyah, TLC, Snoop Dogg, and Billie Eilish. “Our goal is to have a licensing division that represents artists from the ’90s and the culture,” Jones explained.

But how does new music superstar Eilish, who was born in 2001, fit in? “Billie loves the product,” Jones said. He shared that his son was more familiar with her than he was, and said, “Whatever she wants, give it to her,” Jones said, even if she asks for styles in XXL. They compared her interest in the brand to Tupac and Snoop Dogg’s back in the early ’90s when their manager Suge Knight asked for 3,000 pieces for their tour. “It was a lot of merch, but probably one of the best things from a marketing point of view. Millions of dollars in exposure,” Jones said.

Looking back to the brand’s beginnings, Walker recalled how they put their faces on the hangtags and were advised to remove them because it was believed it would deter customers who wouldn’t want to buy from Black designers. “We thought the opposite and it was successful,” Walker said.

“We wanted to not just be fashion guys but inspire young Black youth,” he added. “We’re not entertainers or athletes. We studied art and love fashion. We worked hard, invested some money and tried some things, and it became successful.”