TAKE THREE: Dior is prolonging its collaboration with artist Kenny Scharf via a capsule collection inspired by founder Christian Dior’s passion for games.

Known for his cartoon-like paintings steeped in sci-fi, Scharf previously worked with Kim Jones, artistic director of men’s collections at Dior, on the pre-fall collection and a follow-up beachwear capsule.

This new line, available in stores from Friday, features Scharf’s renderings of playing-card figures: the ace, king and queen of hearts. They appear in bandana-inspired blue or pink motifs on shirts, T-shirts, a bomber and a jean jacket. 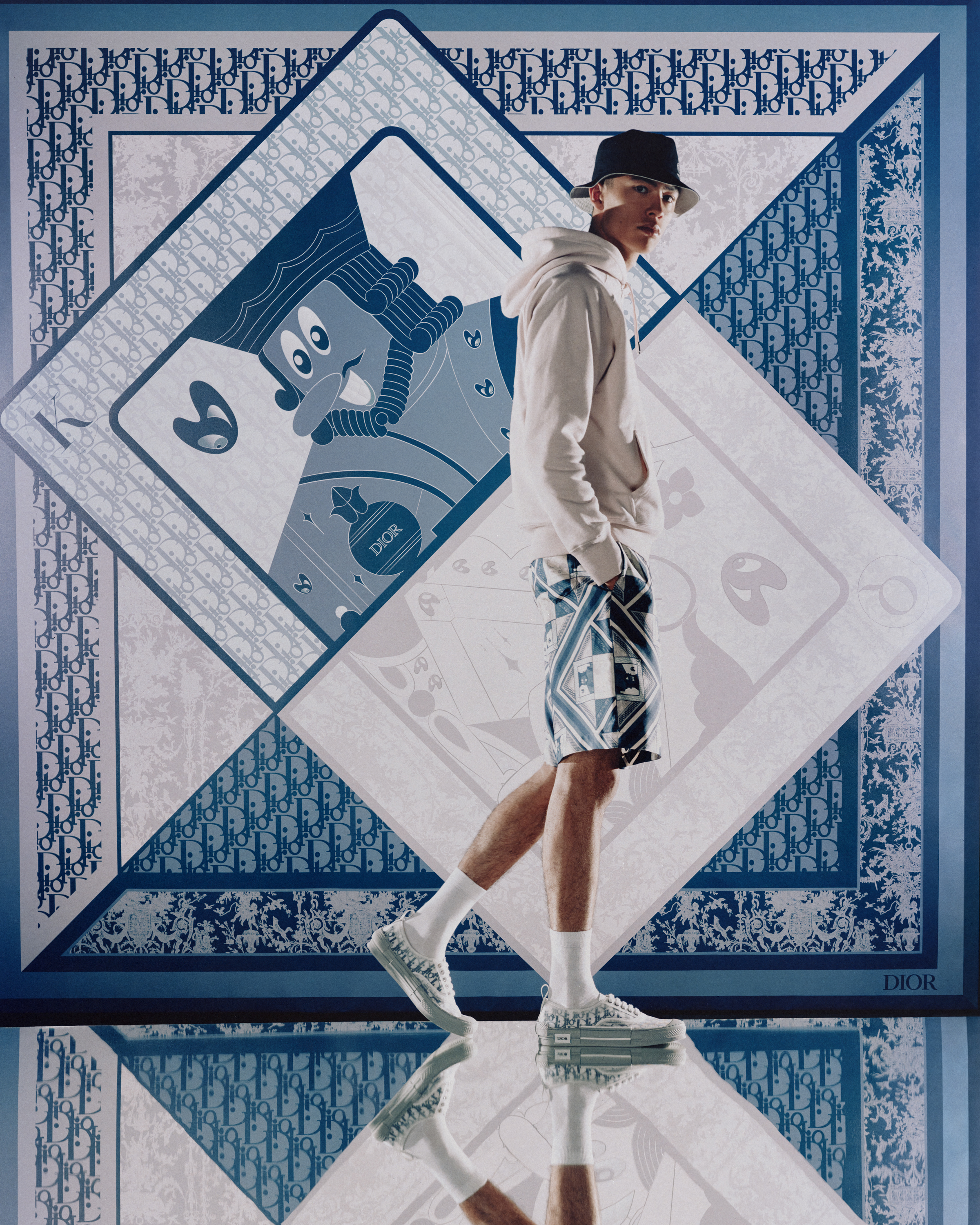 A look from Dior’s capsule collection with Kenny Scharf. Adrian Toubiana/Courtesy of Dior

The collection also includes jewelry, scarves and a bob hat, as well as a numbered box containing a deck of playing cards.

Jones has made collaborations a central feature of his design process, with a preference for artists that cross over into pop culture. After joining forces with artists including Kaws, Daniel Arsham and Peter Doig, he inaugurated a new chapter last week by unveiling a collection designed with rapper Travis Scott.

Scharf, who rose to fame alongside Keith Haring and Jean-Michel Basquiat in the ’80s, has collaborated with brands including Gap, Swatch, Levi’s and Zara, as well as smaller labels such as Heron Preston and The Hundreds — but nothing so far has matched the scale of his partnership with Dior.

Travis Scott’s Collaboration With Dior Was a Riot