AS we're sure all mums and dads will agree, one of the toughest things about lockdown is not being able to take the kids to the playground to blow off some steam.

Well if you're looking for a way to stop your kids from bouncing off the walls, then one savvy DIY fan may just have the answer. 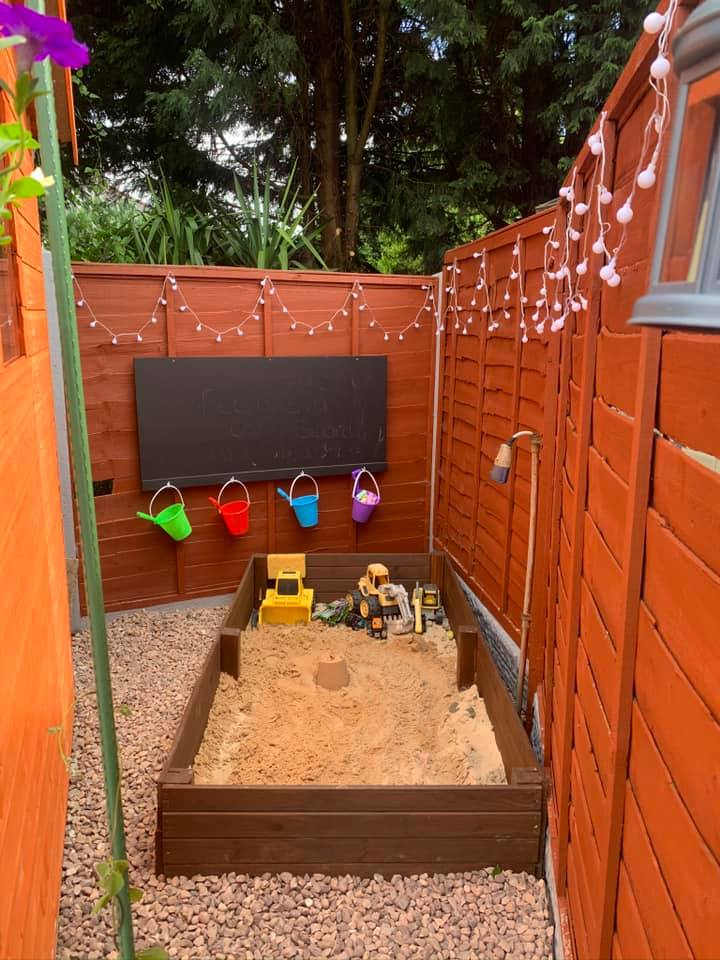 Posting on the Facebook group Extreme Budget DIY & Life Hacks, the mum revealed how she made an enormous sandpit out of an old bunk bed she had lying around.

She wrote: "Made my little one a sandpit out of the wood from old bunk bed and fence paint we already had!"

Sharing impressive photos of her set-up, the DIY fan simply removed the slacks from the bed and used the frame to form the basis of the sandpit before giving it a lick of paint.

What's more, the mum revealed that her only expense was the sand and chalk board paint.

"Chalk board was a piece of MDF we had lying around," she added. "Painted with chalk board paint [which was] £10 from Amazon."

To finish, the mum lined the fence with fairylights and hung buckets and spades from the chalk board.

Unsurprisingly, the play area has been a hit with the woman's son.

She added: "One happy little boy and much cheaper than buying them new!"

What's more, other DIY fans were also blown away by the mum's efforts.

"It looks lush," one replied.

Another suggested: "Pop a bed sheet over it at night if it doesn't have a cover to stop kitties pooping in it!"

For more amazing home transformations, this woman who couldn’t afford £250 velvet bed frame knocks up her own for just £25.

And this bloke made his wife a ‘gin shelf’ using old pallets and it was completely free.

Plus this woman who couldn’t afford new patio uses eBay and B&Q bargains to transform her outdoor space.