EVER wondered what it would be like to work at a hotel? Well, one former hotel employee has revealed the inside secrets we've all been dying to know.

Sharing an insight into what it's like to work at a busy hotel, TikTok user Amanda Hunt has floored people with her revelations – including how often duvets are washed and what you're doing wrong at checkout. 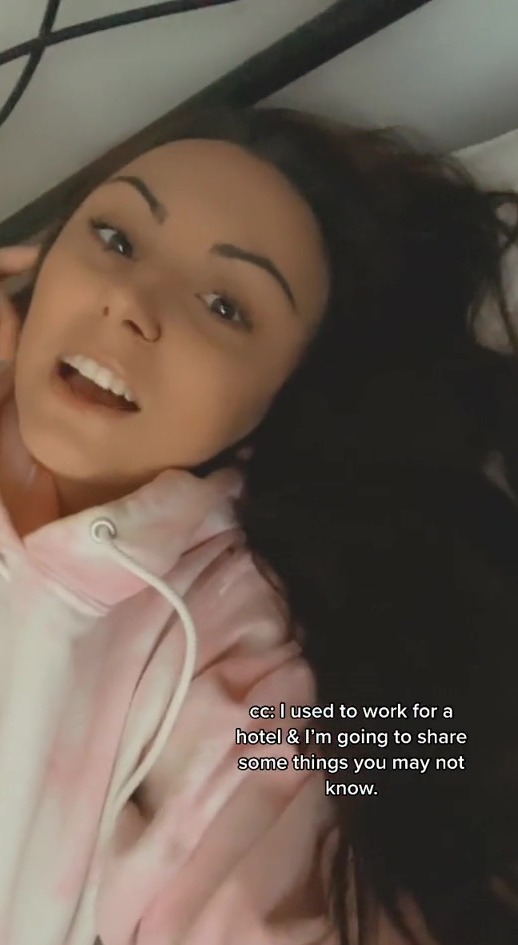 Touching on her own experience, Amanda has revealed what really goes on behind closed doors and what hotel guests should be looking out for.

She says: "I used to work for a hotel and I'm going to share some things that you may not know."

Unable to speak for every hotel, she did add that others may operate differently before dishing all. 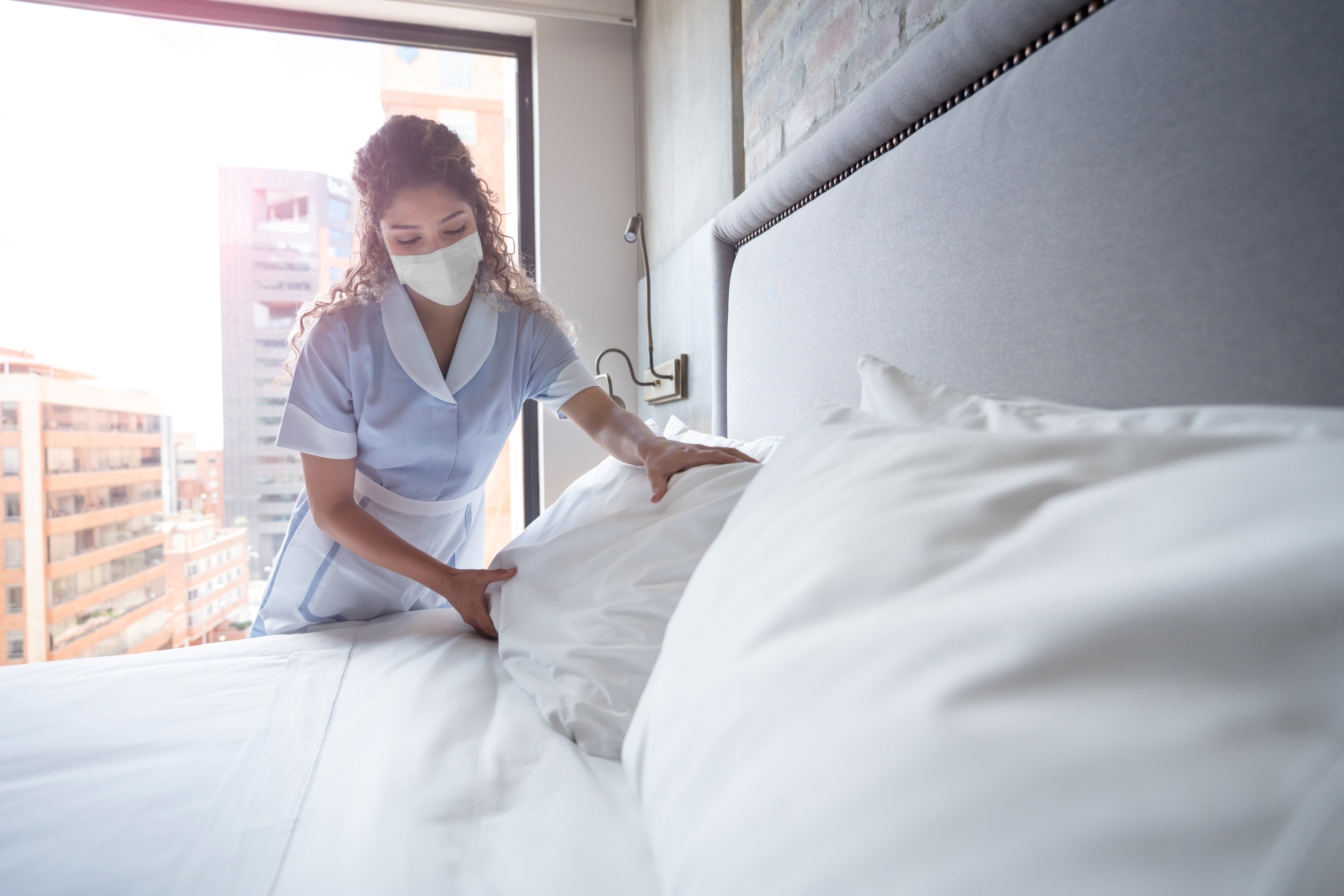 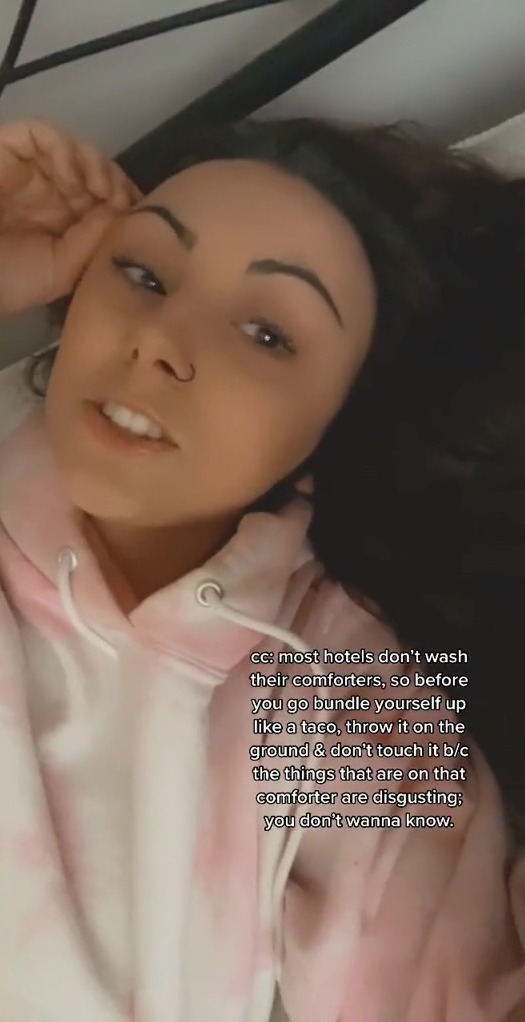 While you may think you're getting a cosy and clean bed to sleep in for your overnight stay, Amanda reckons guests should stay clear of the duvets in their rooms.

"Most hotels don't wash their comforters. So before you go bundle yourself up like a taco in that thing, throw it on the ground and don't touch it," she tells viewers.

"The amount of things that are on that comforter are disgusting, like you don't wanna know."

Receptionists may seem like they're hard at work, but Amanda claims the front desk is actually a pretty perfect place to chill.

"Front desk agents are more likely than not playing games on the computer, scrolling through social media, or watching Netflix," she says. 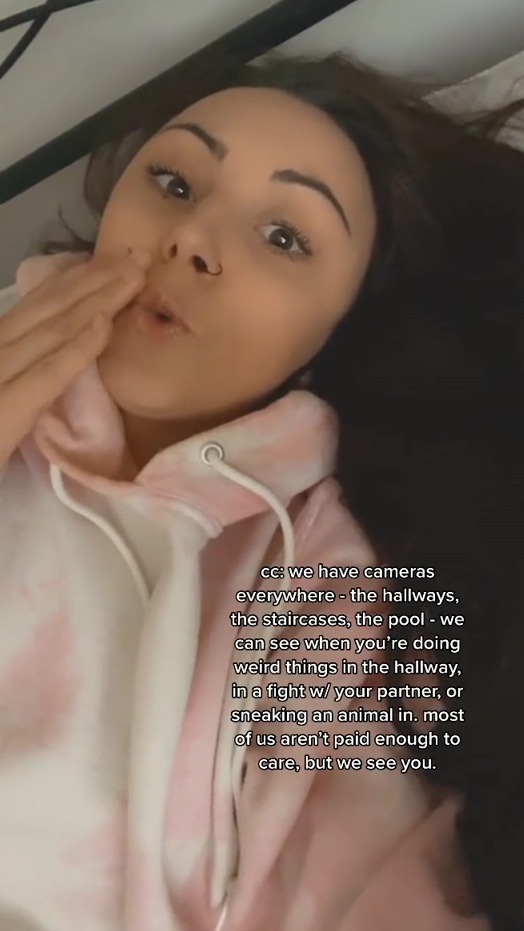 Smile, you're on camera

If you thought you could go incognito down those hotel hallways, think again.

"Most of us just aren't paid enough to care," she jokes. "We see you."

Ever wondered why hotel staff never tell you which number room you are staying in? Well, Amanda claims it's because they can't. Legally they're not allowed to.

"We legally are not allowed to say your room number out loud which is why we write it down," she explains.

"We are allowed to say what floor you are on out loud, but we can't say the room number." 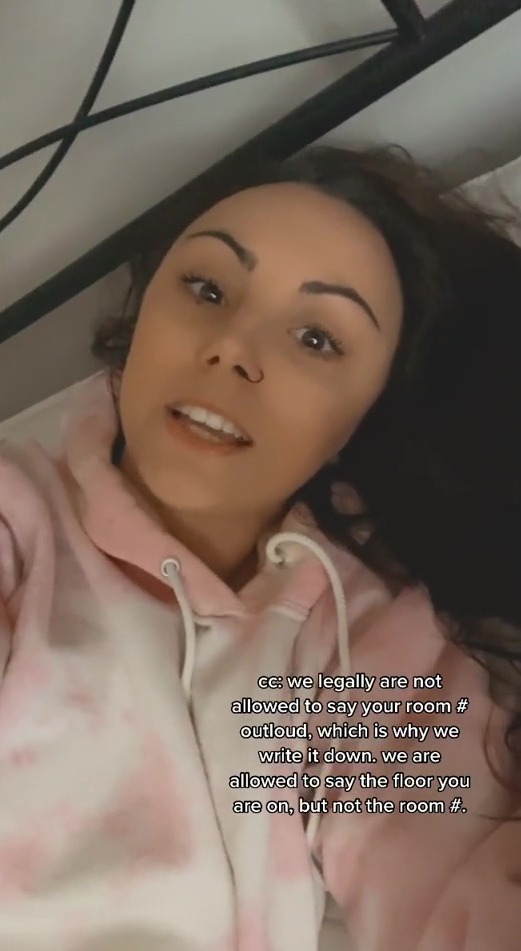 Apparently it's not unusual for hotel staff to come across dead body within the rooms.

"You most likely have been at the hotel at the same time as a dead body. I never personally walked in on one, but I had manager's who walked into a room & found someone dead," Amanda says.

"Not just at the hotel I worked at, but several hotels that they had worked at. It happens more often than people think."

Every hotel has a lost and found and more often than not if you leave something behind, it will end up here thanks to housekeeping snapping it up for you.

But, things can get overlooked and when they do, anything is up for grabs.

"If you leave something behind it goes into the lost and found, obviously. But after a certain amount of time, I'm assuming it varies by hotel, but after 30 days that stuff either gets tossed out or the hotel staff is allowed to take it home," Amanda claims. 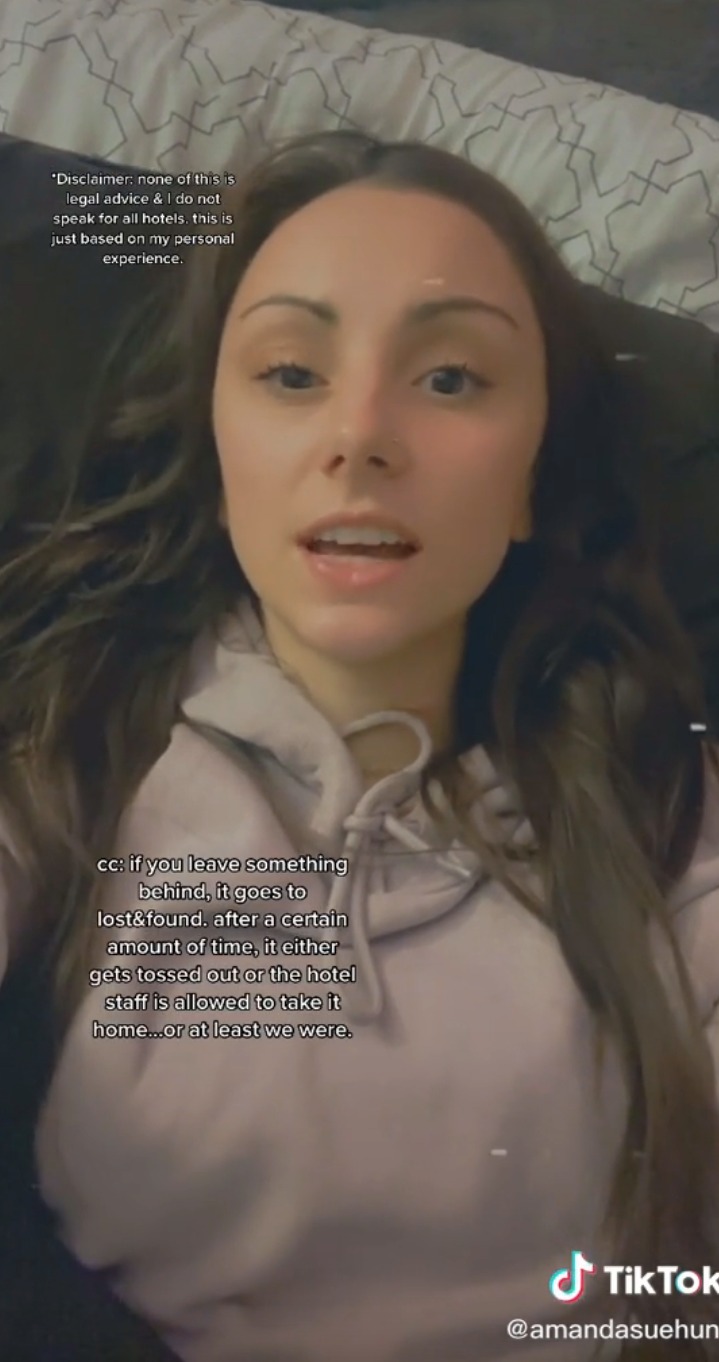 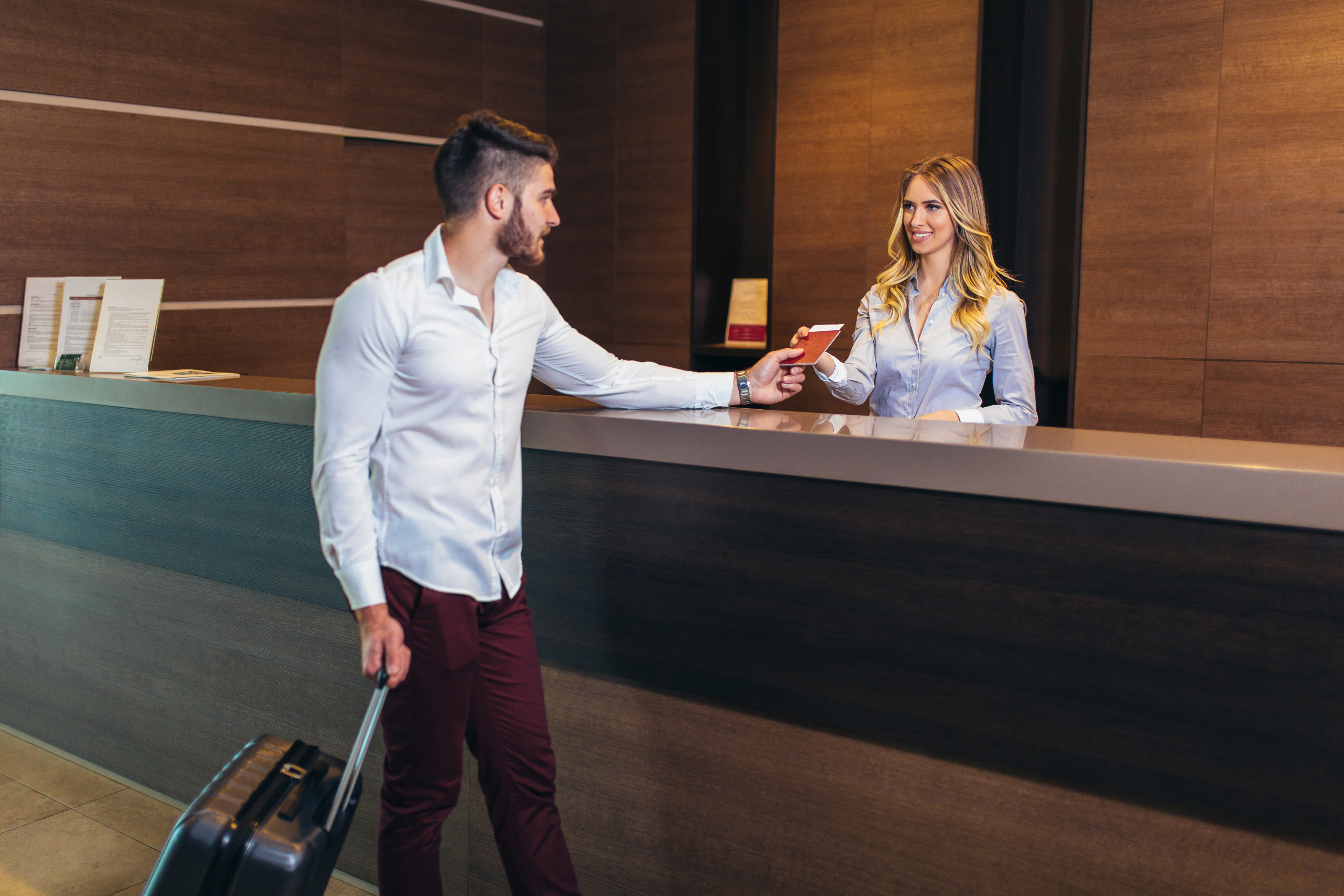 Running around packing your things and rushing down to reception to check out on time is an all too familiar feeling, but it turns out, you don't actually need to bother.

Amanda claims that check out isn't necessary and you can simply leave your hotel room key in the room and leave.

"You don't actually have to check out. You can just leave your keys in the room and go," she says.

Amanda adds that you don't always have to stick to the times you're given by reception either.

"Speaking of checkout you don't have to be out right on the dot," she reveals.

"Say you have an 11am checkout, if you don't leave until like 11.30 or so, most likely nobody is going to know until housekeeping gets there."

Meanwhile, McDonald’s employee reveals the truth about the famous burger onions – and jokes the secret might get her fired.

Plus, one woman reveals she tried a hack to poach an egg in a microwave and it left her with severe burns, unable to go outside or wear makeup.

And one mum shares how she got HIV from a one night stand on holiday after the bloke didn’t tell her he was positive.