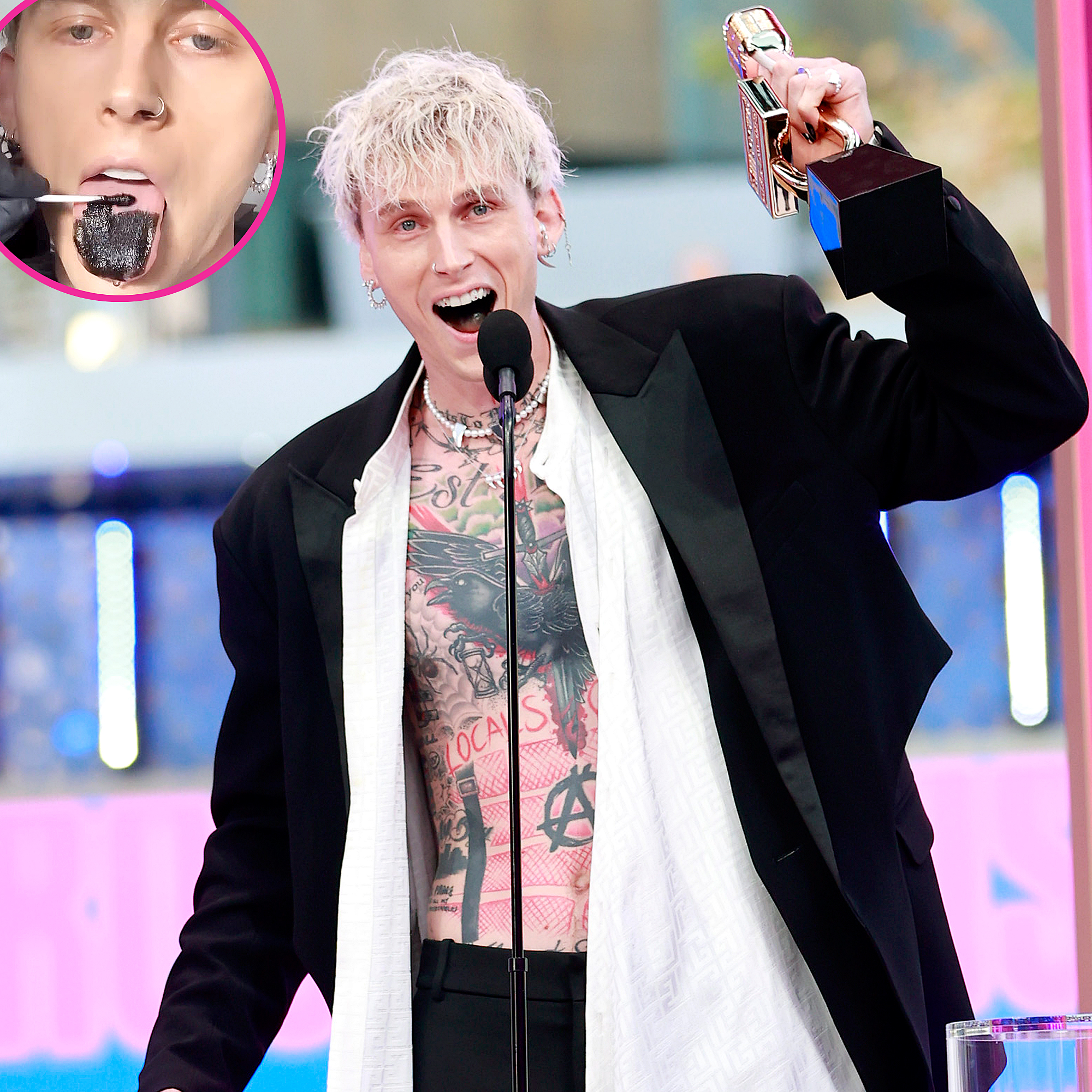 Machine Gun Kelly’s style statements never fail to shock Us. How could we forget that oh so gory slash-down-the-neck tattoo in April 2021?!

But, the 31-year-old singer brought his out-the-box looks to a whole new level at the 2021 Billboard Music Awards when he hit the red carpet with a painted black tongue — and it’s no surprise fans completely lost it.

The “Bloody Valentine” singer took to Instagram Stories on Sunday, May 23, to show how he got all glammed up for the event. While he got an edgy black and white checkered manicure and a fresh haircut prior to the awards show, the buzziest beauty treatment seen on social media was hands-down the tongue dyeing ritual.

“Special accessory for tonight,” the star captioned his Instagram Stories, showing his tongue being painted black with a Q-tip.

And from the second the Tickets to My Downfall singer hit the red carpet with girlfriend Megan Fox, who rocked a cut out Mugler gown that served major ’70s Cher vibes, Twitter went crazy.

See What the Stars Wore to the Billboard Music Awards

The general consensus was straight up confusion, as fans were concerned both how and why Kelly decided to go with a blacked-out tongue for the evening’s event.

“I thought this man was tongueless until I realized it was black for some reason??? Brush your tongue, Kelly,” one confused tweeter wrote. Another added: “Can someone explain to me why Machine Gun Kelly dyed his tongue black? What’s that about?”

While the actual mouth-safe paint or product used to turn his tongue black remains unclear and the reasoning is all to be determined at the current moment, a lot of fans simply couldn’t get behind the odd style decision.

“Machine Gun Kelly painting his tongue black is the level of extra I don’t wanna be,” a user said. Another shared a gif of David Rose from Schitt’s Creek saying, “I don’t want any of that.”

Fans may not have been obsessed with the dyed-black tongue, but it seems that Fox was pretty unfazed by the look — she not only licked it on the red carpet (!!!!), but also shared a tongues-out photo with her boyfriend to Instagram.

“It’s the broom for me,” she captioned the post, which showed off Kelly’s wild “accessory” and her amazing figure.

The singer took home the Billboard Music Award for Top Rock Artist and Top Rock Album for Tickets to My Downfall. He was also nominated for Top Rock Song for “My Ex’s Best Friend.”