Home » Beauty and Fashion » Flash Invaders: Another Game for a World on Pause

Flash Invaders: Another Game for a World on Pause

A free phone app encourages people to explore their surroundings, engage with art and connect across oceans. 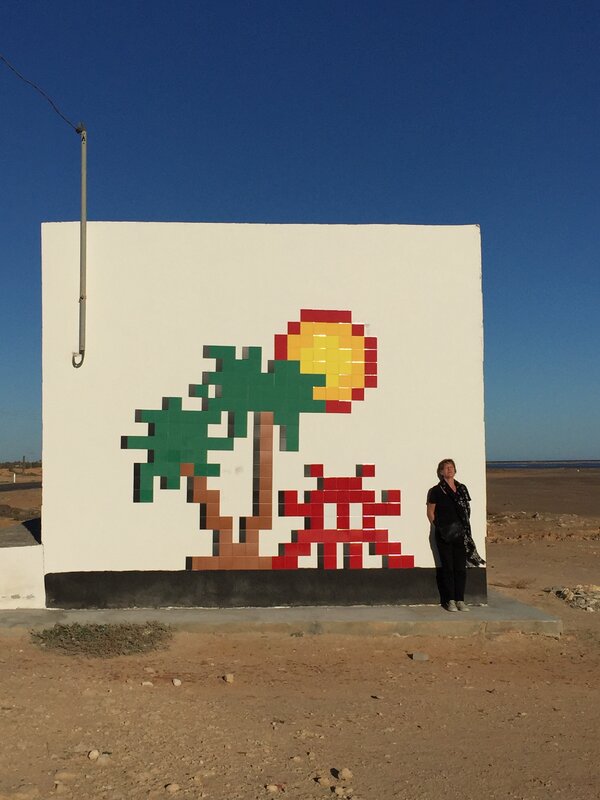 Flash Invaders, a free phone game popularized in France, seems today like a perfect lockdown pastime: The objective is to walk around one’s city and snap photos of street art. It’s a distinctly outdoor activity and one with a devoted coterie of players whose interactions are largely limited to the virtual realm.

But when lockdowns first began early this year, its developers weren’t so sure. It wasn’t clear yet how the coronavirus could be spread, and encouraging people to explore their surroundings seemed like a bad idea in the midst of widespread lockdowns. “Should we take it down?” Adrien Chey, a software developer at the company, recalled wondering in March.

The Flash Invaders team kept the app live but added a stay-at-home reminder. “Doctors, delivery workers, some people had to keep working, and to prevent them from playing seemed cruel,” Mr. Chey reasoned. “They should be able to have this little moment, the small pleasure of playing the game.”

Indeed, the game has been a solace for its players, turning solitary walks into treasure hunts. To win points, players collect images of mosaics by the anonymous French artist known as Invader that are installed in Paris and cities around the world.

The record for most artworks collected in a single day was set in late October, just before the recent lockdown in France.

Iris de la Rochefordière, 21, a psychology student in Paris, downloaded the app in September. Though she was initially skeptical, she said, “it’s really helped me be in the present moment.”

Rather than take the metro, she now walks to her internship in the 13th Arrondissement to collect new mosaics, “zigzagging at random” for almost an hour each way. “It’s not about your psychomotor skills or your speed like in an arcade game,” she said. “It’s just: Are you observant?” 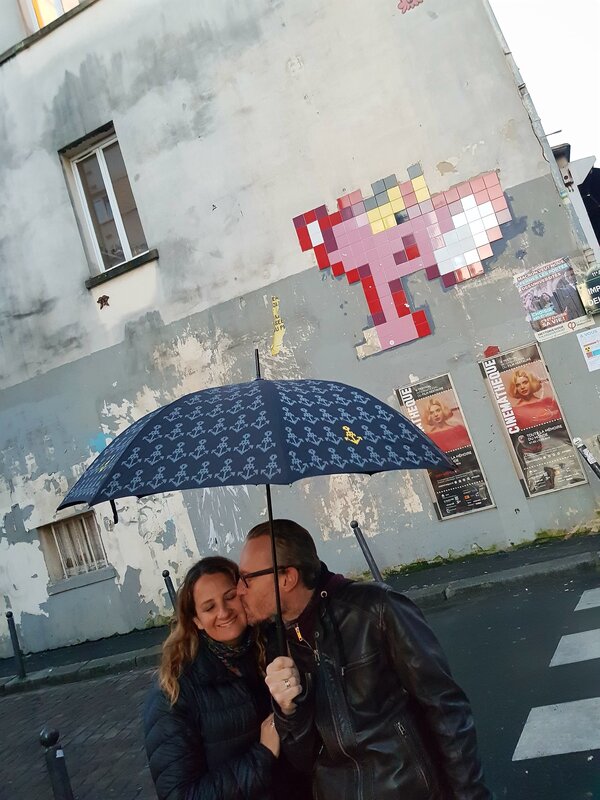 The tiled installations, meant to resemble pixelated images, often contain winking references to their surroundings: Nina Simone on the facade of a jazz club where she once sang in the 5th arrondissement, a jar of mustard in Dijon. The app itself pays homage to the 1970s arcade game Space Invaders, with its lo-fi interface and kitschy sound effects.

“It’s so satisfying when I take a picture and hear the little sound,” Ms. de la Rochefordière said.

There are over 1,000 mosaics in Paris, where the first pixelated alien invaded the Bastille neighborhood in 1996. The retro tiles have long rewarded attentive Parisians with interludes of color in the otherwise muted city, mostly on street corners but also under bridges and on out-of-the-way curbs. When the phone game was introduced by the artist in 2014, that once-private satisfaction became a communal sport.

For every casual flâneur like Ms. de la Rochefordière, there is a hunter. “I spend so much time on Google Street View that once I arrive, I have the impression that I’ve already been there,” said Stéphanie Aubert, 50, a journalist in Marseille who is ranked 102 out of more than 151,000 players.

The several thousand mosaics by Invader beyond Paris are a boon for players who travel often and have a knack for adventure. Completists must snorkel for underwater Invader installations in Mexico and attend live events like a taping of “The Late Show With Stephen Colbert,” where the artist left a mosaic in 2015.

The game has brought fans together — some closer than others. Denis Gettliffe-Perez, 50, and Mélanie Perez-Gettliffe, 48, met in 2017 at a Pink Panther mosaic in the 11th Arrondissement. “We weren’t looking for love and Invader offered it to us,” said Ms. Perez-Gettliffe. (They married in December 2018.)

During the pandemic, new mosaics have popped up. Invader visited Marseille in August, giving locals dozens of new octopi and other Mediterranean-themed mosaics to collect. Ms. Aubert thought the invasion was a little clichéd — all those sun-soaked bottles of pastis — but was impressed that the artist made it beyond the Vieux Port and into the working-class districts in the north.

“It was great to see his choices in a city that I know so well,” she said, noting that in other places, like Djerba or Hong Kong, his artworks double as her travel guide. “I’m a pretty bad tourist actually, but this gives me a purpose.”

The app doesn’t generate any revenue, whether from ads or the sale of its users’s geolocation data. That approach sets Flash Invaders apart from games like Pokémon Go and Landlord, which generate revenue when users visit certain sites or make in-app purchases. Players can also keep their identity private. “It’s important to us that you can be anonymous,” Mr. Chey said, like the artist himself.

While most players are French, anyone in the 79 “invaded” cities can easily play, from tiny Visby off the coast of mainland Sweden to Tokyo and Miami. New Yorkers can collect a pizza slice topped with pepperoni invaders; Italians in Ravenna can claim their own sacred aliens, complete with gilded halos, a cheeky tribute to the original city of mosaics.

“It’s come in handy during this pandemic,” said Cameron Hatheway, 33, a writer in Los Angeles, who regularly takes Flash Invader-seeking drives with his wife.

“You’re not going to be in big crowds or anything like that,” he added. “You’ll get 10, 20 points, 50 points maybe. And you get to admire it, too.” He likes the artworks that relate to the city best, whether it’s an 8-bit palm tree or a Big Lebowski portrait above a bowling alley.

Mr. Hatheway was even set to honeymoon in France. That occasion was postponed, but he’s still preparing for his trip through chats with the “hard core” players, trading status updates on the L.A. mosaics for Parisian clues. The community is cooperative; there is, after all, nothing to win.