When Nick Cugini received a Facebook friend request from Stacey Chen, he was intrigued, and a little amused.

The two, who were then teenagers, had met for the first time at the Tournament of Champions, a top-tier debate competition for high school students at Northwestern University. Mr. Cugini, now 30, was a relative newcomer to the national debate scene and had been nervous.

“I was probably a bit shy and antisocial; I mostly hung out with people that I already knew,” he recalled of that day in early May 2008. “Stacey and I didn’t converse that much. So it was kind of funny when she added me on Facebook, because really, we’d only exchanged a few words!”

Still, while brief, his impression had been a good one. “I thought she was pretty cool — she knew everybody.”

Ms. Chen’s first impression of him was of a formidable competitor.

“He beat me that year!” said Ms. Chen, 29. “I thought he seemed really smart and articulate, like the kind of person I wanted to be my friend.” 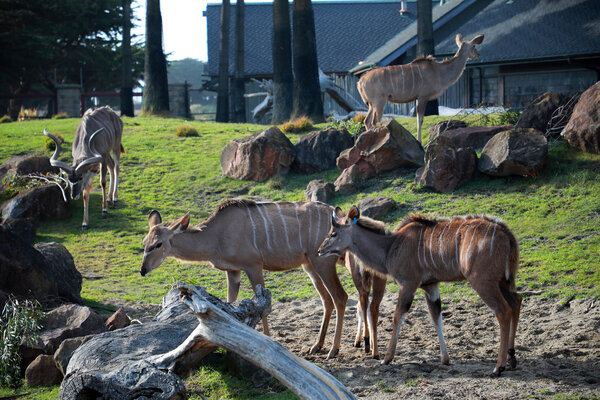 The two stood out among the debate elite in other ways, too. Mr. Cugini, who is a director of customer success and onboarding at Braze, a marketing technology company in San Francisco, uses a mobility scooter because he has cerebral palsy. Ms. Chen, who is an associate principal and California office lead at Redstone Strategy Group, a philanthropy and social impact consulting firm, was one of the few female competitors.

“There weren’t a lot of small, Asian women on the circuit at that time,” she said.

They began messaging back and forth on Facebook, discussing the ins and outs of debate and the looming college application process. As they continued running into each other at tournaments, a friendship began to form. It was solidified when both decided to attend Yale, in part because of the college’s highly competitive debate team.

Mr. Cugini grew up in Houston, surrounded by a large, tight-knit family. His father, Rob Cugini, a logistics manager for Chevron, lives there still. His mother, Eve Cugini, the director of health and well being at Atrium Health, now lives in Charlotte, N.C.

“He’s always been sweet, kind and very bright,” said Ms. Cugini. “We didn’t know he was going to be born with a disability. And when we realized it, we just shifted gears and said, ‘OK, whatever his dreams are, whatever he wants to accomplish, we are going to make that happen.”

Mr. Cugini consistently had a close group of friends, and loved reading science fiction books and playing video games. He was a dedicated fan of Houston sports teams, excelled in school and developed an interest in politics from a young age.

“I’d follow the news, and I’d pick debates with my dad, who’s more conservative,” he said. “Now, I realize that talking about politics at every dinner was probably kind of annoying, but I was having fun.”

A taste for sparring led him to high school debate. “It became a competitive outlet for me,” he said. Debate also opened him up to the possibility of going to college farther away from home.

He applied to Yale early admission, was deferred, and was subsequently accepted there and to Harvard. Ms. Chen encouraged him to choose New Haven, Conn.

Ms. Chen was not one to equivocate when pursuing her goals, from academic pursuits to extreme rock climbing. Born prematurely at 32 weeks, she nonetheless “came out kicking and screaming,” said her mother, Lucy Chen. “She’s always been very strong-willed and independent.”

Stacey Chen grew up the middle of three children in the Pittsburgh suburbs; her mother was then a stay-at-home parent (she’s now the assistant general manager at the Hampton Inn Wexford/Sewickley in Pennsylvania) and her father, Dr. William Chen, was an anesthesiologist (he is retired and lives in Lisbon). She thrived academically, reading voraciously and playing the piano. In high school, she was invited to attend a debate team practice, after which debate became her main pursuit.

“I’ve always been curious and opinionated; I love learning and exploring and talking to folks,” she said. “Debate was the perfect combination of a social outlet and my academic interests.”

The friends reconnected at Bulldog Days, Yale’s on-campus event for admitted students, in the spring of 2009.

“I just remember Stacey saying, ‘You can’t go to Harvard, that would be a big mistake,” recalled Mr. Cugini’s mother, who had accompanied him to visit schools. “I knew that Stacey was going to watch out for him. She’s a take-no-prisoners kind of girl. It was comforting to me.”

The two joined Yale’s debate team. Now, as teammates, they got to experience what it was like to work together, instead of as competitors. They also spent copious amounts of time with each other; during long car rides traveling to debate tournaments on weekends, studying and just hanging out. As they grew closer, it became clear to them, and to their friends, that there was a little something more going on.

“There would be this tone shift in Nick’s voice when he would talk to Stacey,” said Robert Colonel, a friend from Yale’s debate team and Ms. Chen’s roommate. “Stacey, meanwhile, in the midst of debate tournaments and studying and so on, would manage to make time to hang out with Nick.”

Seeing Mr. Cugini in his element, while tackling the challenges of college together, certainly caused Ms. Chen’s admiration for him to deepen.

“I remember thinking, ‘Dang, I just really want to spend a bunch of time with this person,’” she said.

Feelings continued escalating until late fall of their freshman year, they shared a kiss in Nick’s dorm room. But Ms. Chen quickly backed off. She didn’t want to run this risk of spoiling their friendship. She also wanted to avoid the debate circuit rumor mill, and the pitfall of being pigeonholed as a top debater’s girlfriend, rather than a competitor in her own right.

They distanced themselves, slightly, hanging out four nights a week instead of six or seven. But upon returning for sophomore year, their chemistry reignited, leading to a second kiss. Ms. Chen still had concerns. Mr. Cugini was definitely interested in something more, but he wasn’t fazed by her uncertainty. He felt that he was coming into his own socially, and was fine seeing where things went. By spring of their sophomore year, Ms. Chen made it clear that, if he asked her out, this time, she’d say yes.

They kept their relationship somewhat under wraps for the remainder of the school year, but the shift became clear when Mr. Cugini visited Ms. Chen in Washington multiple times over the summer. Their friends were thrilled for them, and thoroughly unsurprised.

“They have these qualities that just balance each other out, and make each other better,” said Max Dovala, a friend of the couple from Yale’s debate team. (He is also a co-worker of Ms. Chen’s and their wedding officiant.)

Their relationship held strong through their remaining years at Yale, even as Mr. Cugini took a gap year, working in Houston and studying in South Carolina. The only moment that called their commitment into question was when Ms. Chen was offered a job with Redstone the fall of her senior year, starting in Boulder, Colo., and eventually requiring a move to the Bay Area in California. This was a sharp shift from plans the couple had previously discussed, which centered on working and living on the East Coast. Ms. Chen, overwhelmed by the decision she had to make, told Mr. Cugini that she thought they should break up.

“We broke up on a Wednesday, and then that weekend, I went to a debate tournament,” she said. “It was a common practice to call people for advice between rounds. And he was my person. I spent the entire weekend calling him. When I got home on Sunday night, he called me and said, ‘All right, we’re not breaking up. You should make the professional decisions you need. We’ll figure it out.’”

With Mr. Cugini’s support, Ms. Chen took the job out West after graduating in 2013. Mr. Cugini, who graduated in December 2014, joined her that next spring.

They settled into life in Palo Alto, Calif. Ms. Chen pursued a newfound love of rock climbing and the outdoors with her characteristic verve and Mr. Cugini learned how to cook. They adopted a rescue cat, Cricket, who became a beloved member of their household. As the two made friends and developed independent interests, they always loved and appreciated the time they spent together.

While marriage occasionally came up, Ms. Chen didn’t see it as a necessity. Mr. Cugini made clear that it was important to him, but wasn’t in a rush to persuade Ms. Chen otherwise. Finally, in the summer of 2017, Ms. Chen decided it made sense.

“We actually booked our venue before we officially got engaged,” she said. Ms. Chen had seen photos of a friend’s wedding at the San Francisco Zoo, and loved the idea of having a celebration there. She booked the venue more than two years before their planned April 12, 2020 wedding. That date, of course, didn’t come to pass. As the coronavirus swept the world, San Francisco instituted one of the first shelter-in-place orders in the United States. The two decided to postpone their wedding, along with a planned honeymoon to Australia.

On April 12, 2021, exactly 10 years after they first began dating, Ms. Chen and Mr. Cugini gathered at the San Francisco Zoo, as planned, with a group of 12 close friends and family members, all of whom were vaccinated or had quarantined beforehand. As they faced each other, in front of a panorama of grazing zebras, early evening light glowing behind them, they declared their love and commitment to each other with vows they wrote.

“Ten years later, you still make me feel such joy,” said Mr. Cugini, his voice breaking as he tried to hold back tears. Ms. Chen, luminous in a Casablanca Bridal wedding gown, reached out with a handkerchief to dab his eyes.

As they exchanged rings and came together for a kiss, cheers erupted from the small crowd. There was no debate that this love would last a lifetime.

Better Together Max Dovala, who became an American Marriage Ministries officiant for the event, began the nuptials with a wine blending ceremony, pouring a bottle each of Wild Child Syrah and Quincy, a blend of Tempranillo and Tannat from Texas-based Hawk’s Shadow Winery (owned by family friends of the Cuginis) into a decanter. The wines were specifically selected because their complementary flavors were better together, “Just like Nick and Stacey,” Mr. Dovala said. The couple toasted during the ceremony, and later shared the wine with their guests.

There in Spirit Ms. Chen’s family members were not able to attend the wedding, because they weren’t able to get vaccinated in time. Instead, Ms. Chen and Mr. Cugini left one chair empty at the ceremony, with a place card for the Chen Family, and posed for photos with cutouts of her parents and siblings’ faces, mounted on cardboard and attached to wooden kitchen utensils. Also there in image-form: their beloved cat, Cricket.

A Toast To Love In her vows, Ms. Chen referred to evenings spent making cocktails in her and Mr. Cugini’s apartment. At the reception, she opted for a Jack Daniels on the rocks, earning admiration from her mother-in-law, who smilingly referred to her as “a badass.” Mr. Cugini had a gin and tonic.