Sophia Bush just received some exciting news. The “One Tree Hill” alum’s new series “Good Sam” was picked up to series at CBS, according to Deadline. The medical drama is expected to join the fall lineup of shows alongside another new CBS show, “Smallwood.” Bush also appears in the second season of Hulu’s “Love, Victor,” which just premiered on June 11 (via IMDb).

The actor has a busy schedule, and isn’t stopping anytime soon. It was recently announced by People that Bush along with her fellow “One Tree Hill” co-stars — Hilarie Burton-Morgan and Bethany Joy Lenz — are starting a new iHeart Radio podcast. The on-screen and IRL friends are reuniting to talk about “One Tree Hill” and “reclaim” the CW show for “Drama Queens.” This is in addition to Bush’s other podcast, “Work In Progress,” that she also releases weekly, where she has “frank, funny, personal, professional, and sometimes even political conversations with people who inspire [her].”

For someone with a lot on their plate, it’s no wonder Bush relies on some quick beauty must-haves. 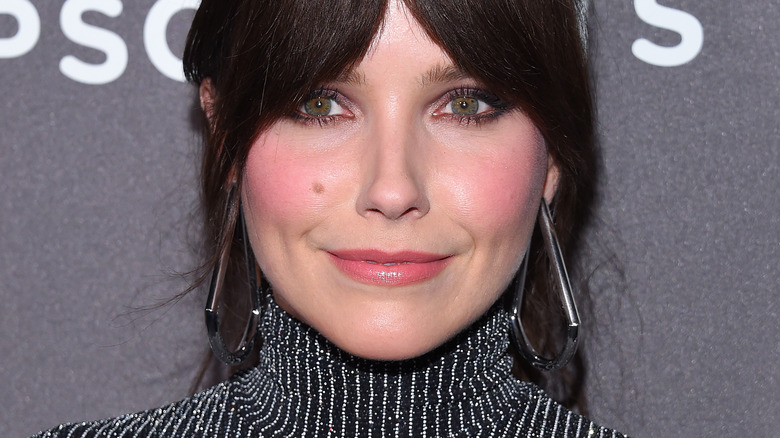 It was actually on Snapchat where Sophia Bush revealed her go-to beauty items. The “Good Sam” star posted a photo of items she uses to give herself a “5-Minute Face,” according to People. Included was Tarte’s Cheek Stain in Natural Beauty, Clea de Peau pressed powder, and a Laura Geller palette that can all easily fit in your purse for on-the-go glam. Another item Bush takes with her “everywhere” she goes is the Osea Hydrating Oil in a travel size, per W Magazine.

She also gives a little shoutout to her own fragrance brand — I Smell Great. Who doesn’t love to smell amazing? And if you’re looking to smell just like Sophia Bush, you’ll want to get the Wild Honey and Angel Cake as soon as the products are back in stock.

According to Bustle, another must for Bush each morning is a little SPF. By now, you know the importance of putting on sunblock to avoid harsh UV rays that can cause skin damage. Well, if you’re looking to use the same sunblock as Bush, you’ll want to get the Firmarine Erno Laszlo SPF 30 cream. The actor says that she’s “pretty diligent about sunscreen” and will “always put on a moisturizer with a sunblock.”