KATE Middleton is often praised for the loving way she is raising her three children – and has ditched the royal rulebook for many of her methods.

According to a parenting expert, the Duchess of Cambridge, 38, has skipped out on a number of royal traditions with Prince George, six, Prince Charlotte, five, and two-year-old Louis. 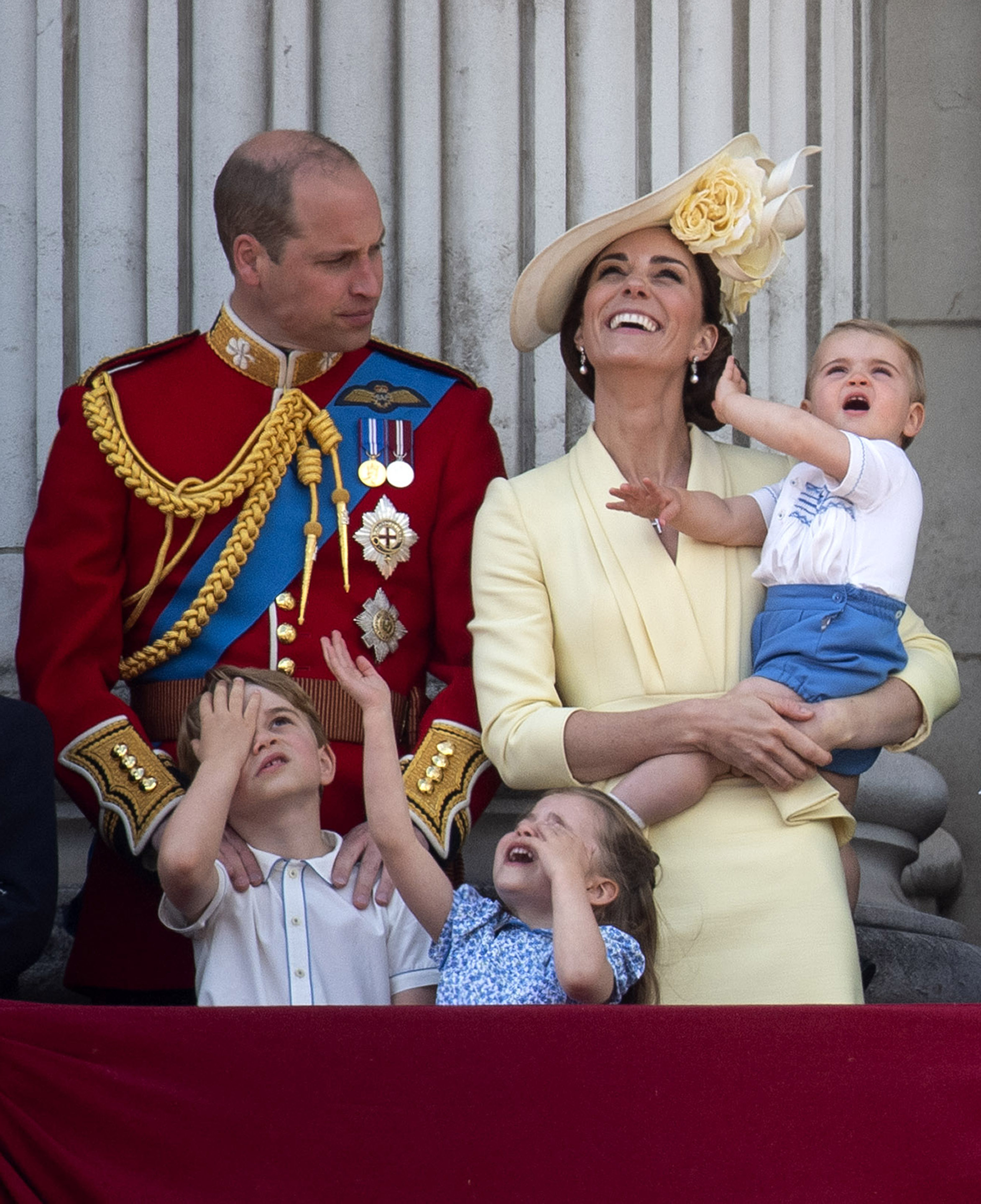 Zoe Bonser, who is the Show Director at The Baby Show, told the Express: "Kate values quality family time and has broken some traditions.

"For example, sending George to a mixed school, dropping George off at school herself, or having her mum to help in the days after the birth, rather than an army of staff.”

The Duchess of Cambridge is also determined to give her kids a happy and down-to-earth upbringing – despite being in line for the throne – and often protects privacy at all costs.

Takes photos of them herself 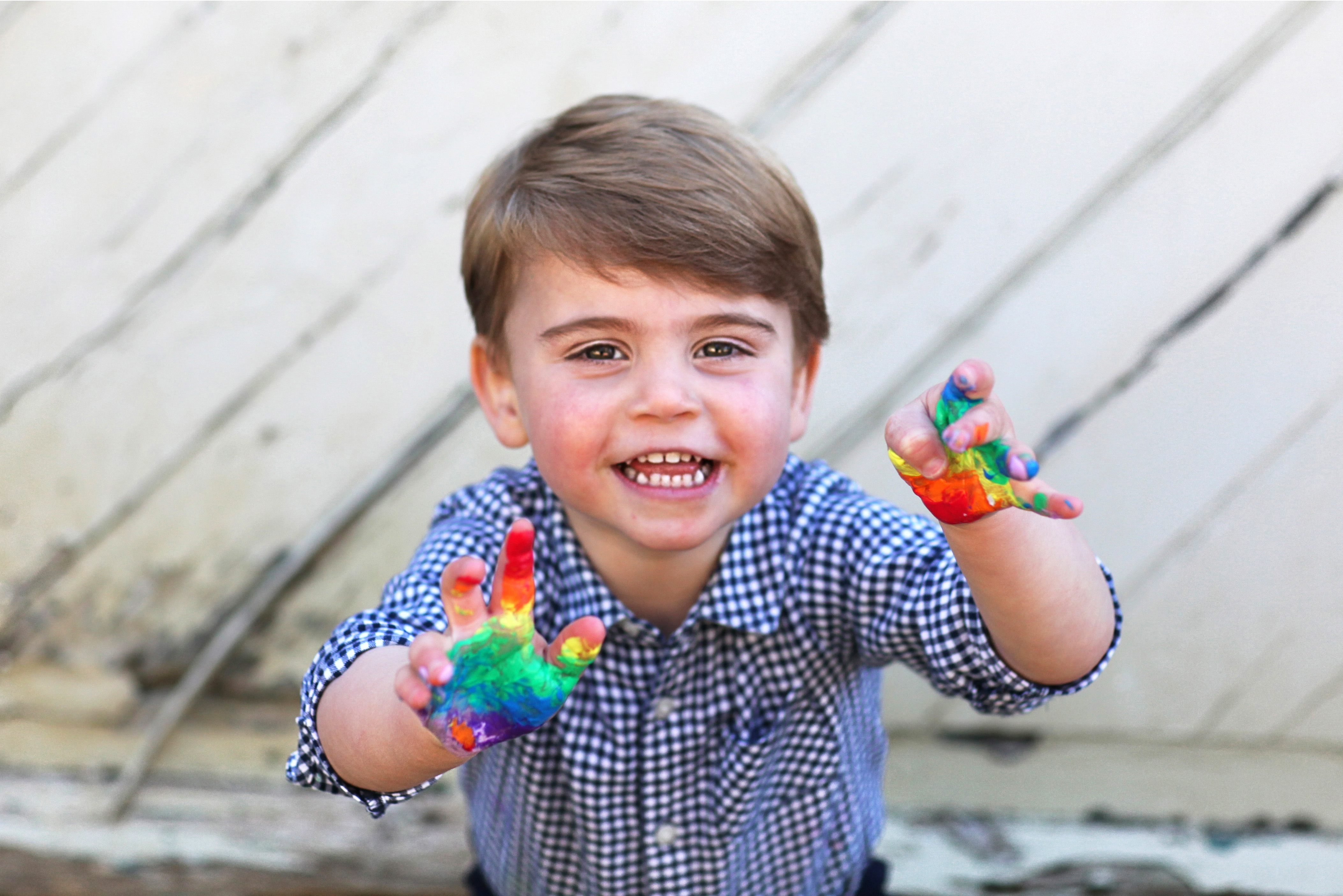 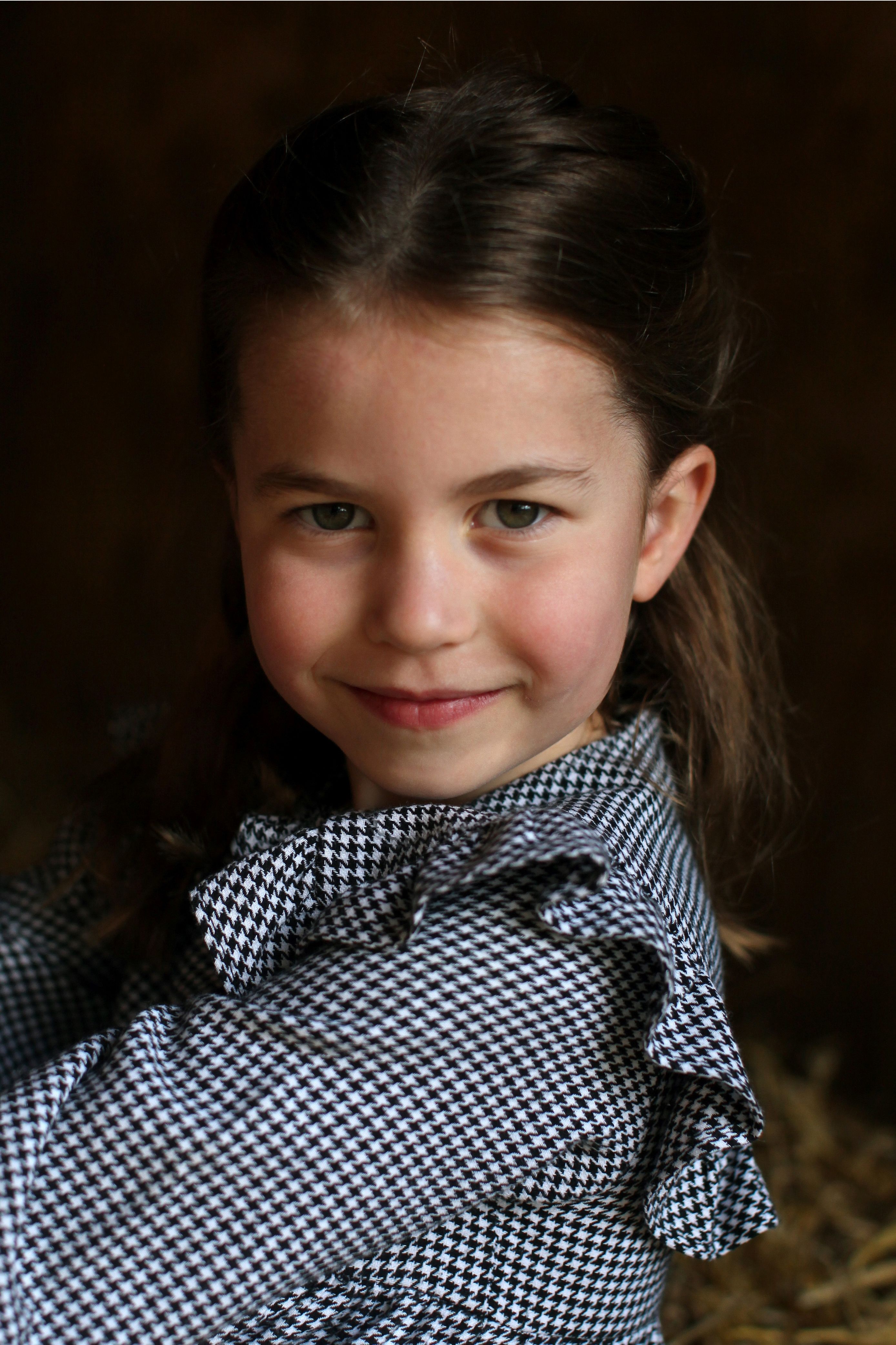 While royal fans are desperate to get a glimpse of George, Charlotte and Louis, Kate is often keen to shield them from the public eye.

Instead of having them pose for frequent photocalls, the budding amateur photographer likes to take candid pictures of the kids herself.

Zoe added: "Usually, Kate takes pictures herself, giving her the freedom and power over what is used in public – and a chance to use her artistic skills."

The finished shot often looks more relaxed and natural too, thanks to it being taken by a family member.

This year, Kate has released sweet portraits of Charlotte and Louis for their birthdays.

Chose her own school for the kids 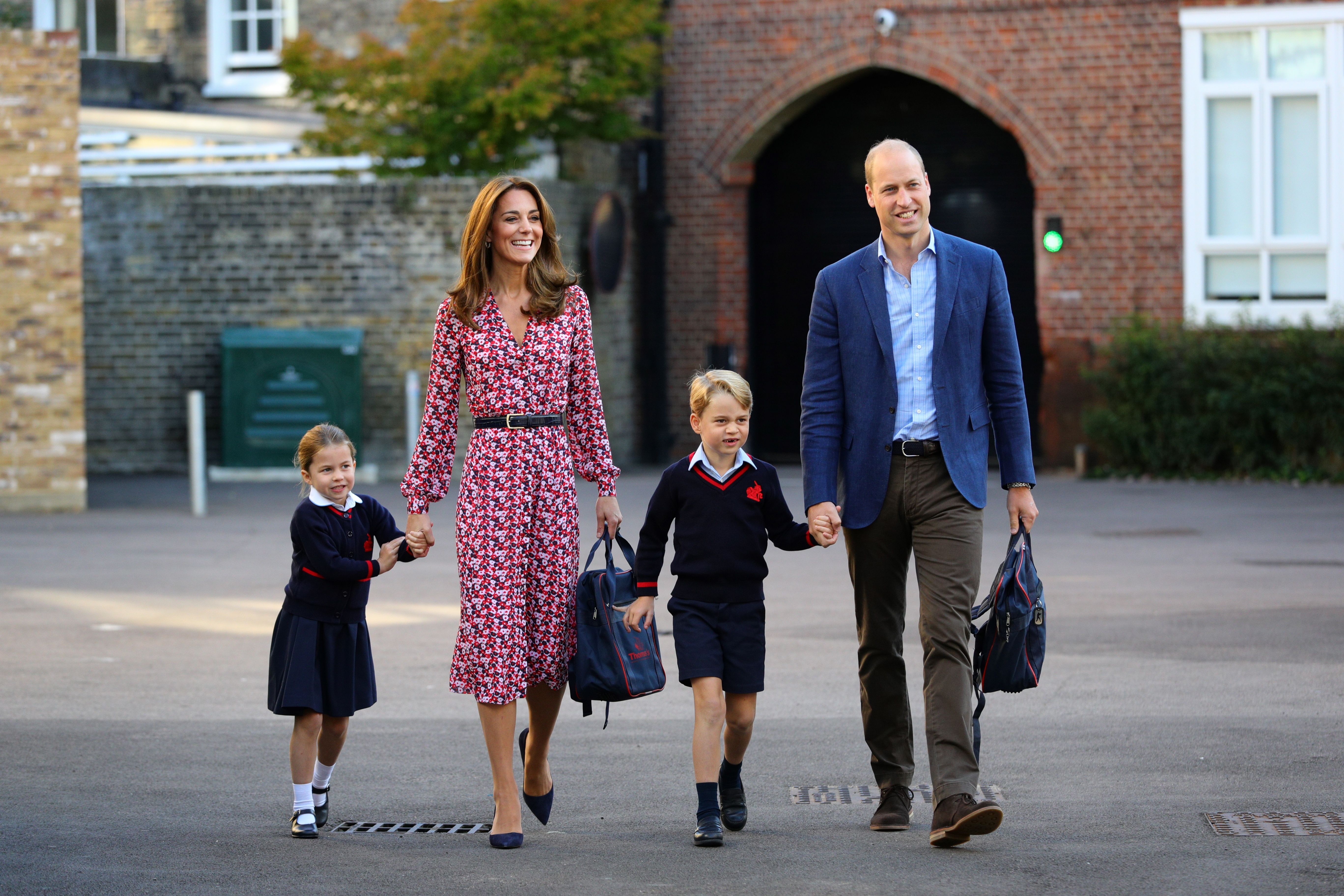 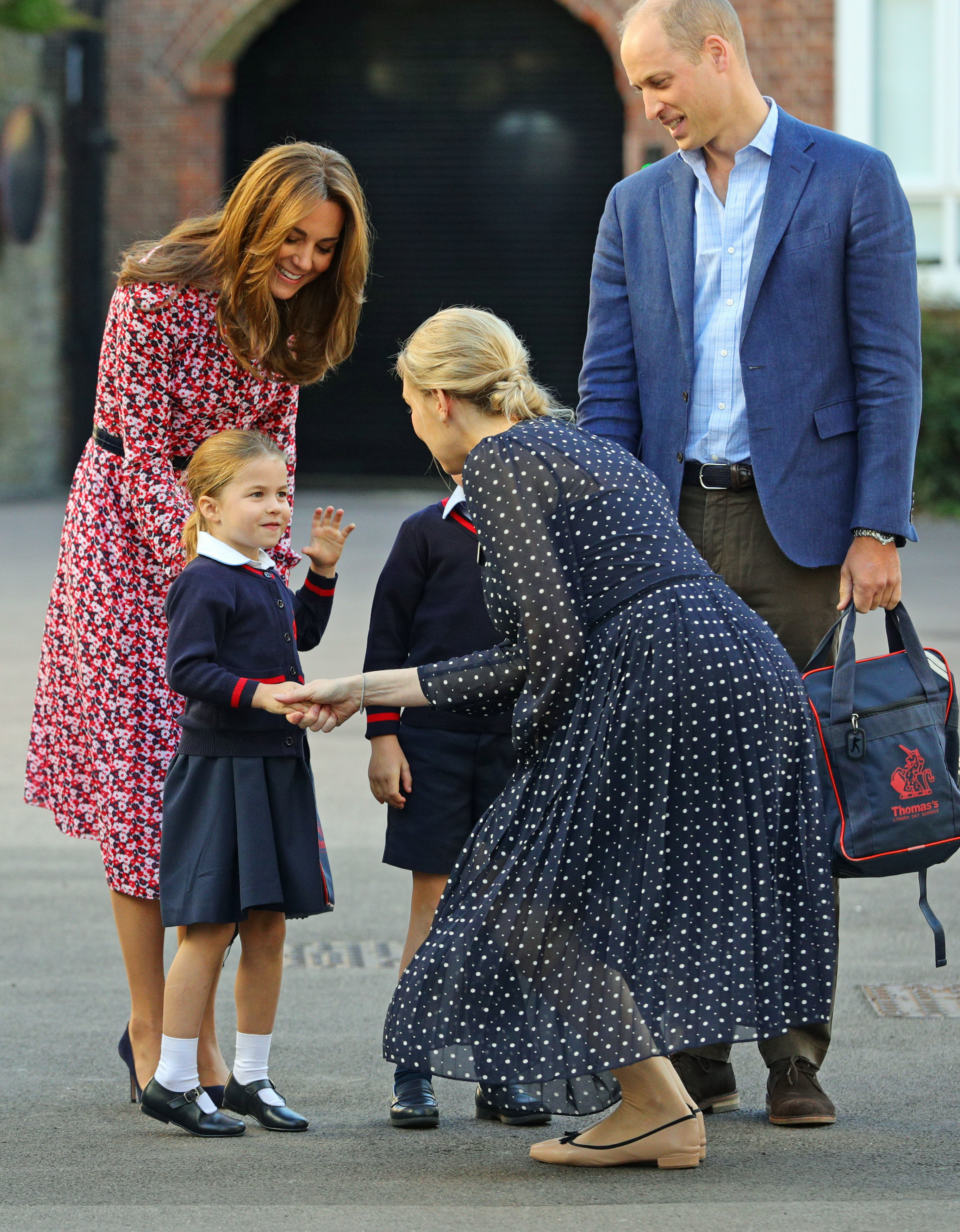 Both George and Charlotte attend the £19,000-a-year Thomas’s School in Battersea, and Kate and William didn’t choose to send them to previous schools attended by royals.

Education expert Murray Morrison told Express.co.uk that the couple could have prioritised choosing what was best for their children, rather than focusing on tradition.

Murray said: "Princes William and Harry attended Wetherby Prep as children, and this remains an excellent school and would likely have been in the running.

"However, the Cambridges’ chose St Thomas’s Battersea for their children.

"There are a range of other schools that the Royal Family have chosen over recent generations and doubtless the choice has come down to which school offered the best fit for their child."

Goes to the pub for drinks with school mums 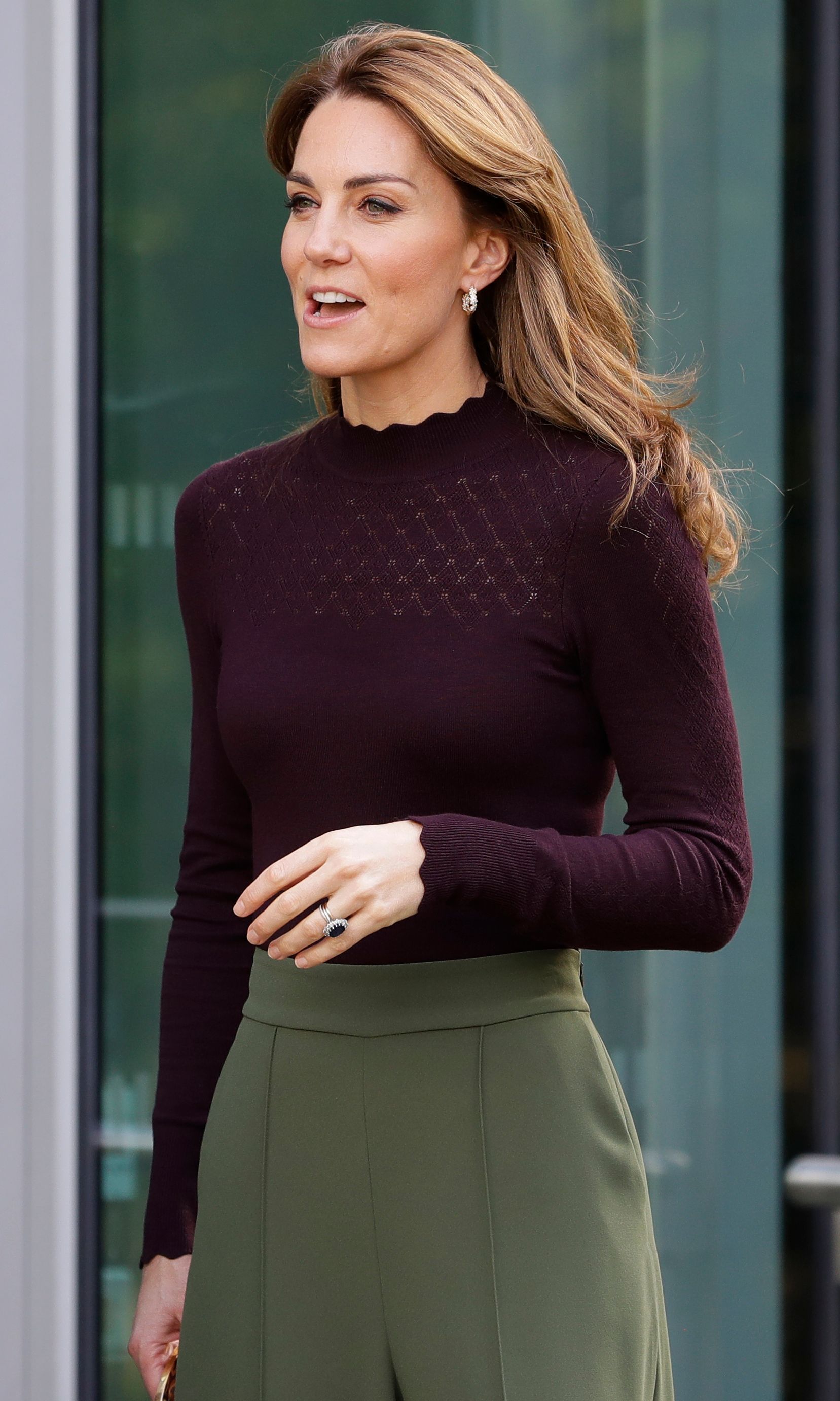 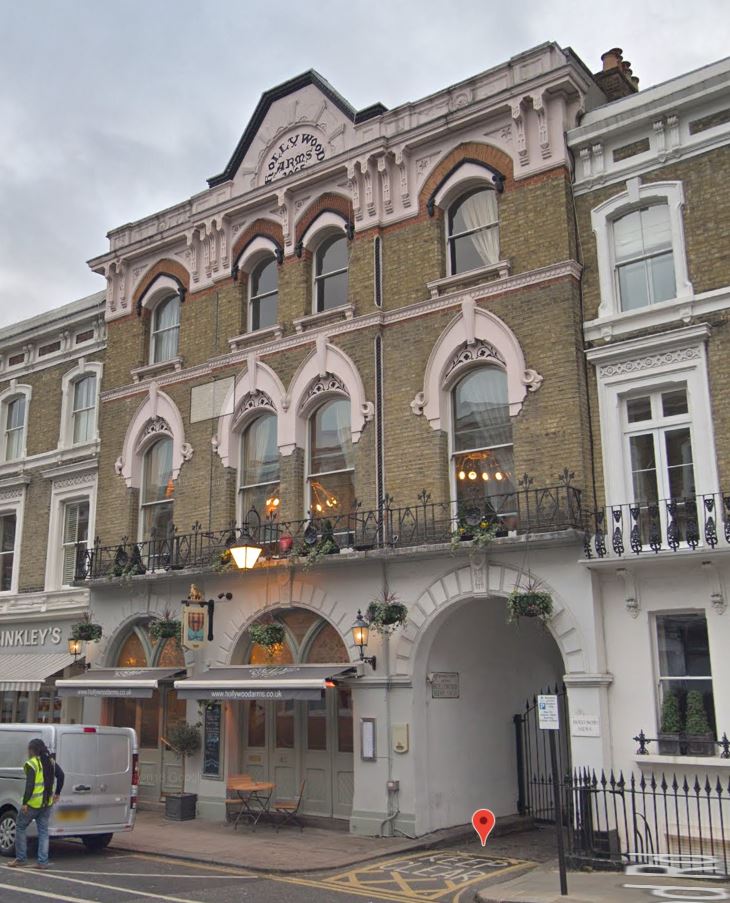 Kate recently proved she is just like any other parent when she headed to a London pub for a drink with some mums from her kids' school.

Last November, it emerged the Duchess had managed to sneak in through a secret entrance at the Chelsea-based Hollywood Arms for a “meet and greet” party.

The event was held last month so parents of new pupils at the £6,000-a-term Thomas’s Battersea school could get to know each other.

Princess Charlotte, four, started at the school in September, joining her older brother Prince George, six, who's been attending since 2017.

Mum-of-three Kate was able to sneak in through a rear alley, away from prying camera phones , according to the Mail on Sunday.

Let’s them be silly 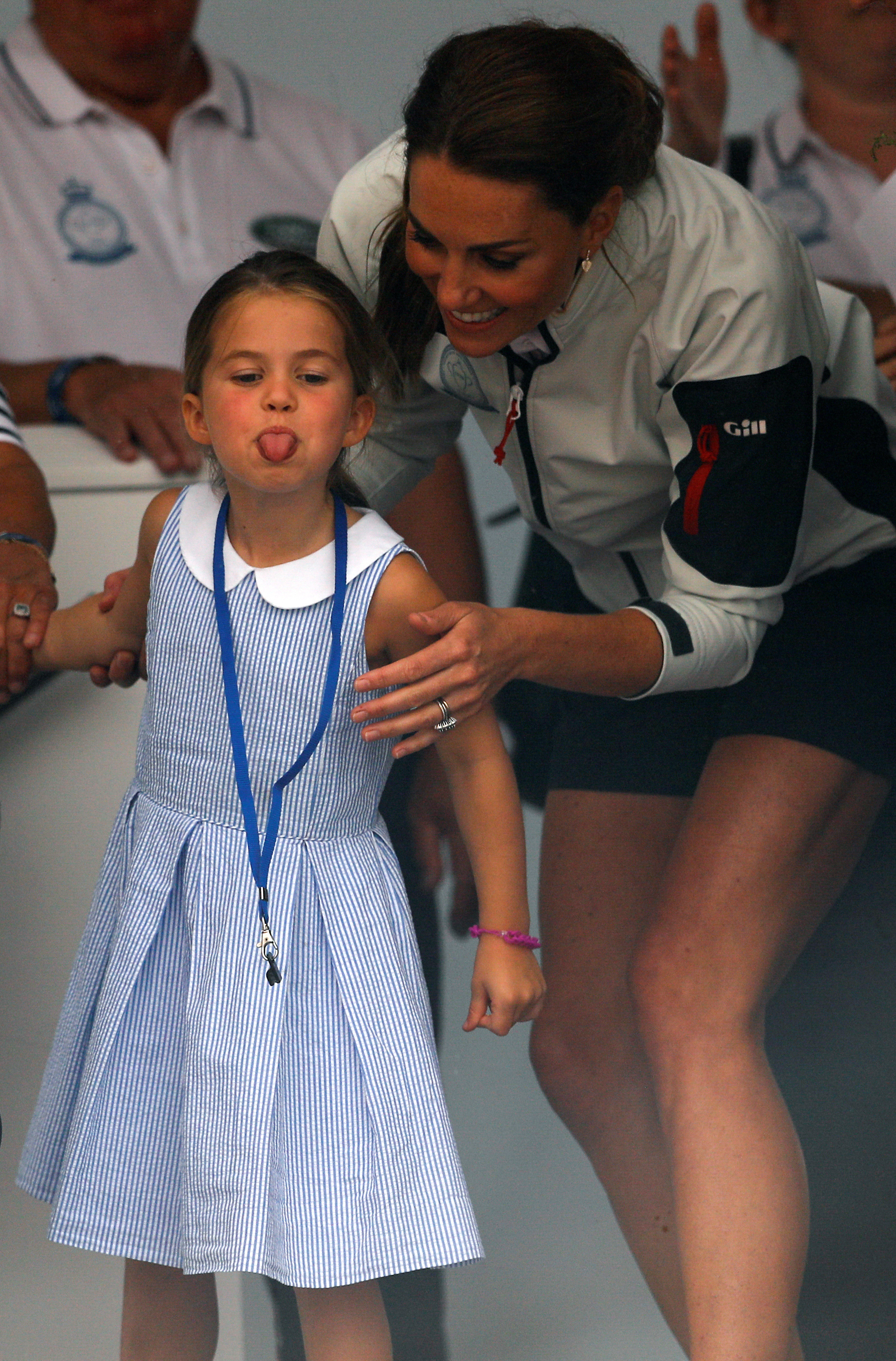 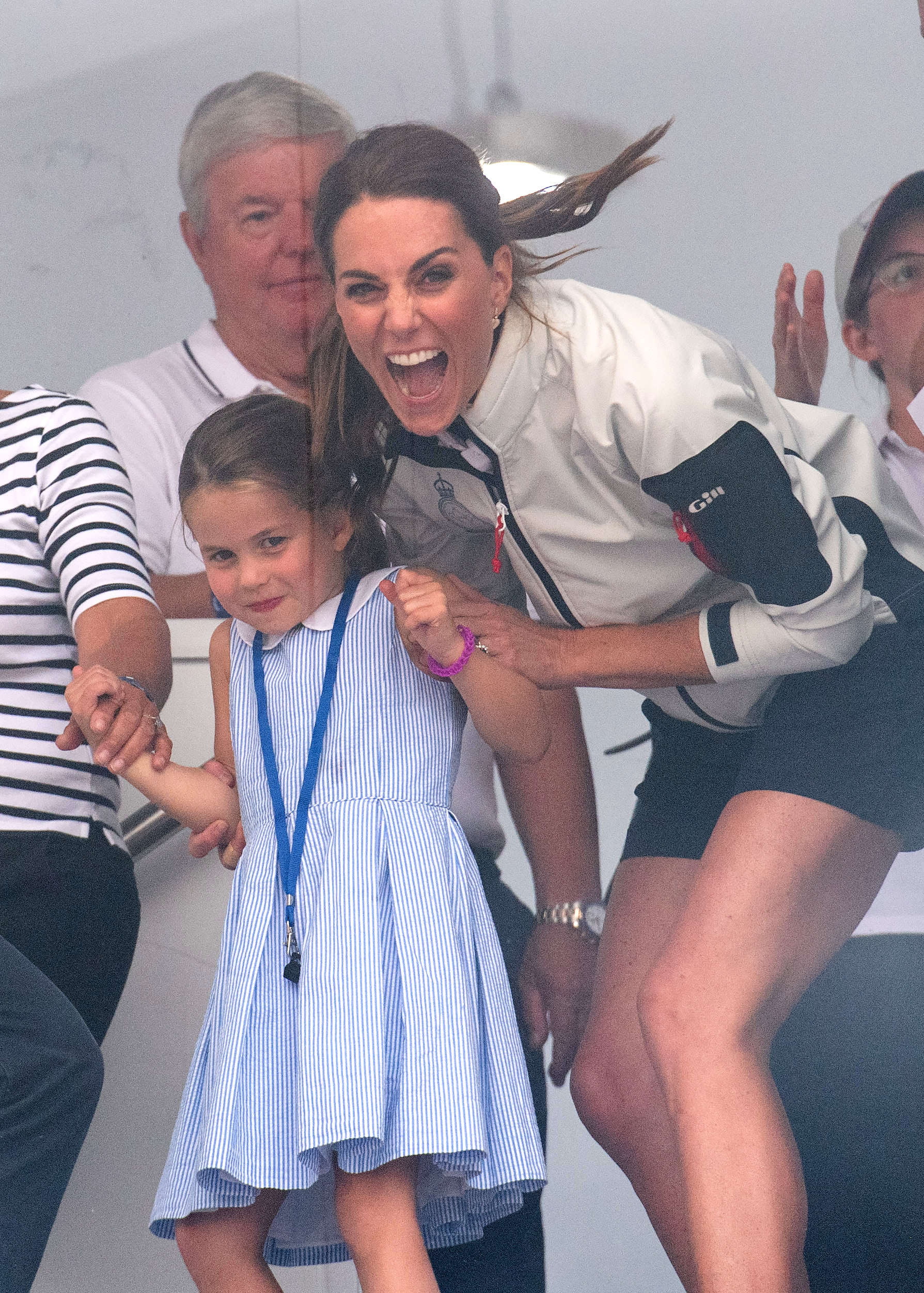 The duchess was praised for her sweet reaction when Princess Charlotte poked her tongue out at crowds at the charity regatta in 2019.

In an adorable video, Kate encourages her young tot to wave at onlookers in Cowes, Isle of Wight – but the princess has other ideas.

As Princess Charlotte cheekily put her tongue out, Kate appeared to erupt into laughter – like many well-wishers.

Many amused parents were quick to gush over the clip, with one saying: “Just a normal child! You can’t control their every move. Kate's response was fantastic!” 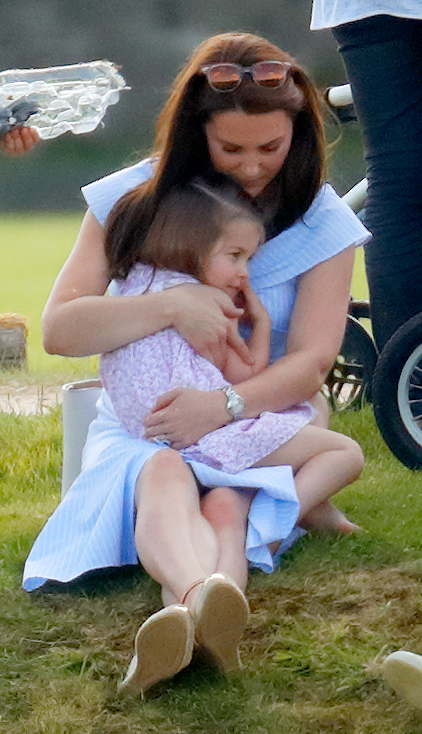 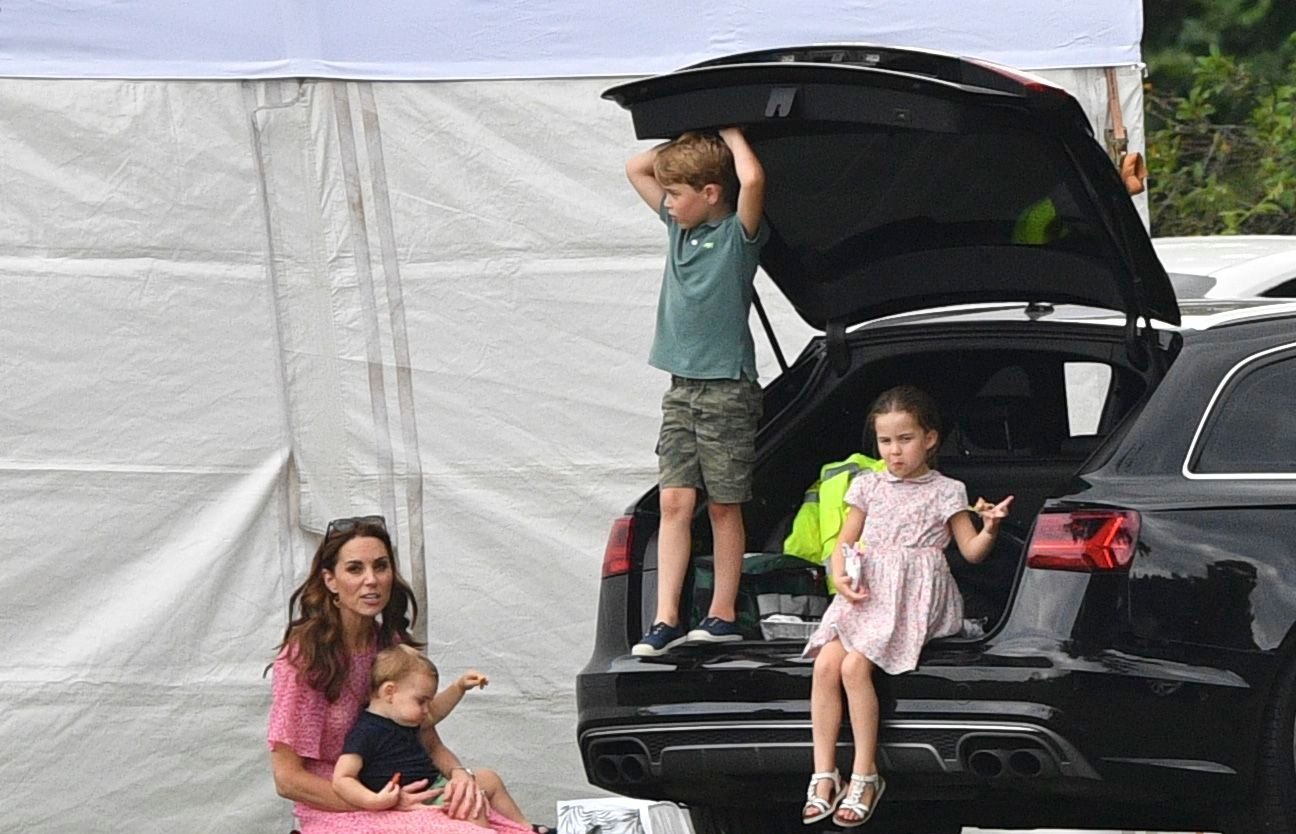 Zoe praised Kate for showing affection and ditching strict etiquette when with her kids in public.

Zoe explained: "She promotes that children deserve time, attention and love from their parents, advocates that children should speak about their feelings, be taught kindness, respect and honesty and greatly values the importance of hugs."

Kate has revealed how hugs and affection are “very important” in the Cambridge household.

When Kate met fan Janet Emery during an engagement at Basildon Sporting Centre, she spoke about how vital they are in their family.

When Janet went to hug Kate, the duchess said: "Hugs are very important. That's what I tell my children." 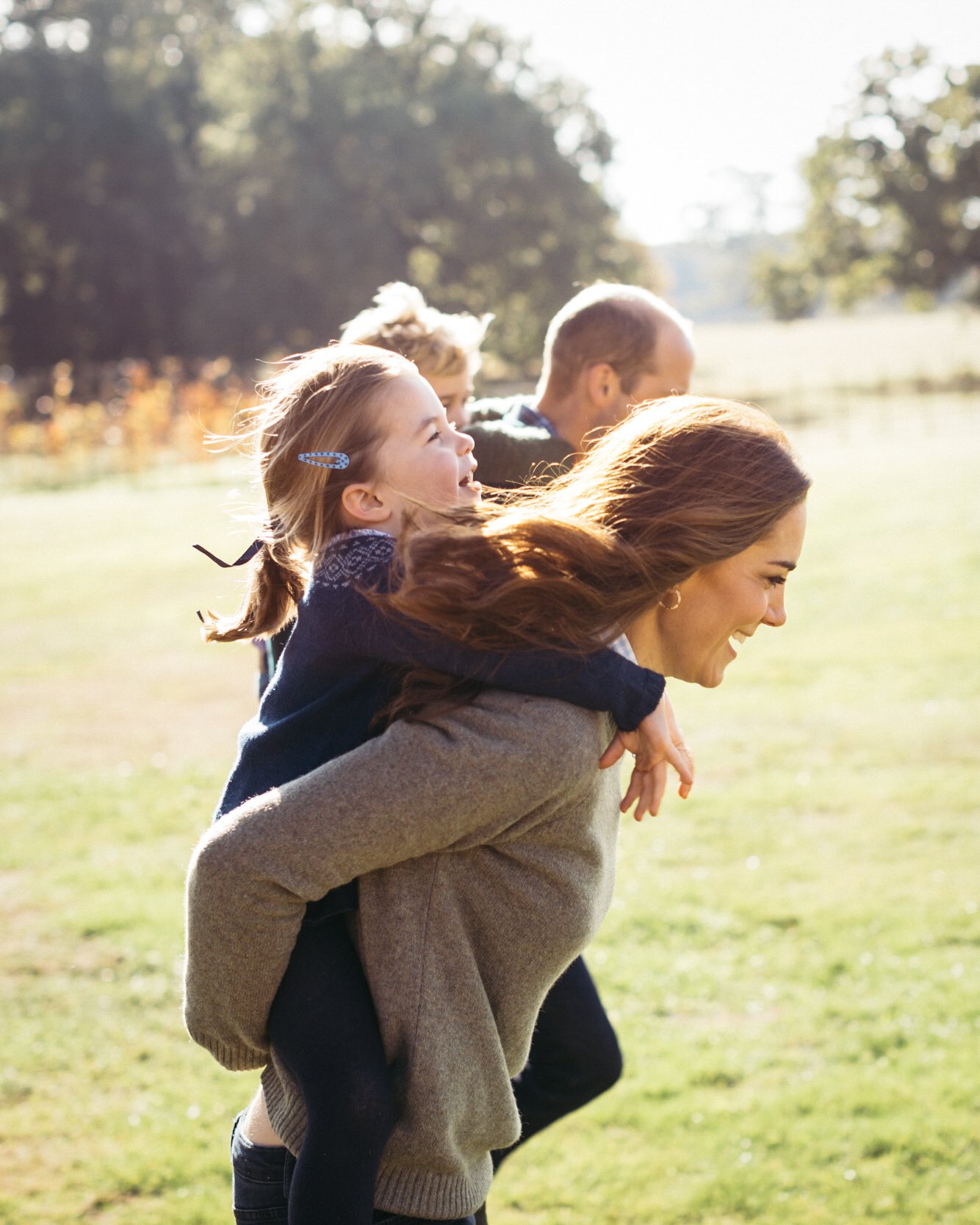 Kate and William are passionate about mental health and not only recently launched a help scheme for frontline coronavirus workers.

It is said the couple so encourage open dialogue in their home with the kids.

Prince William previously told CALM magazine: "Catherine and I are clear that we want both George and Charlotte to grow up feeling able to talk about their emotions and feelings.” 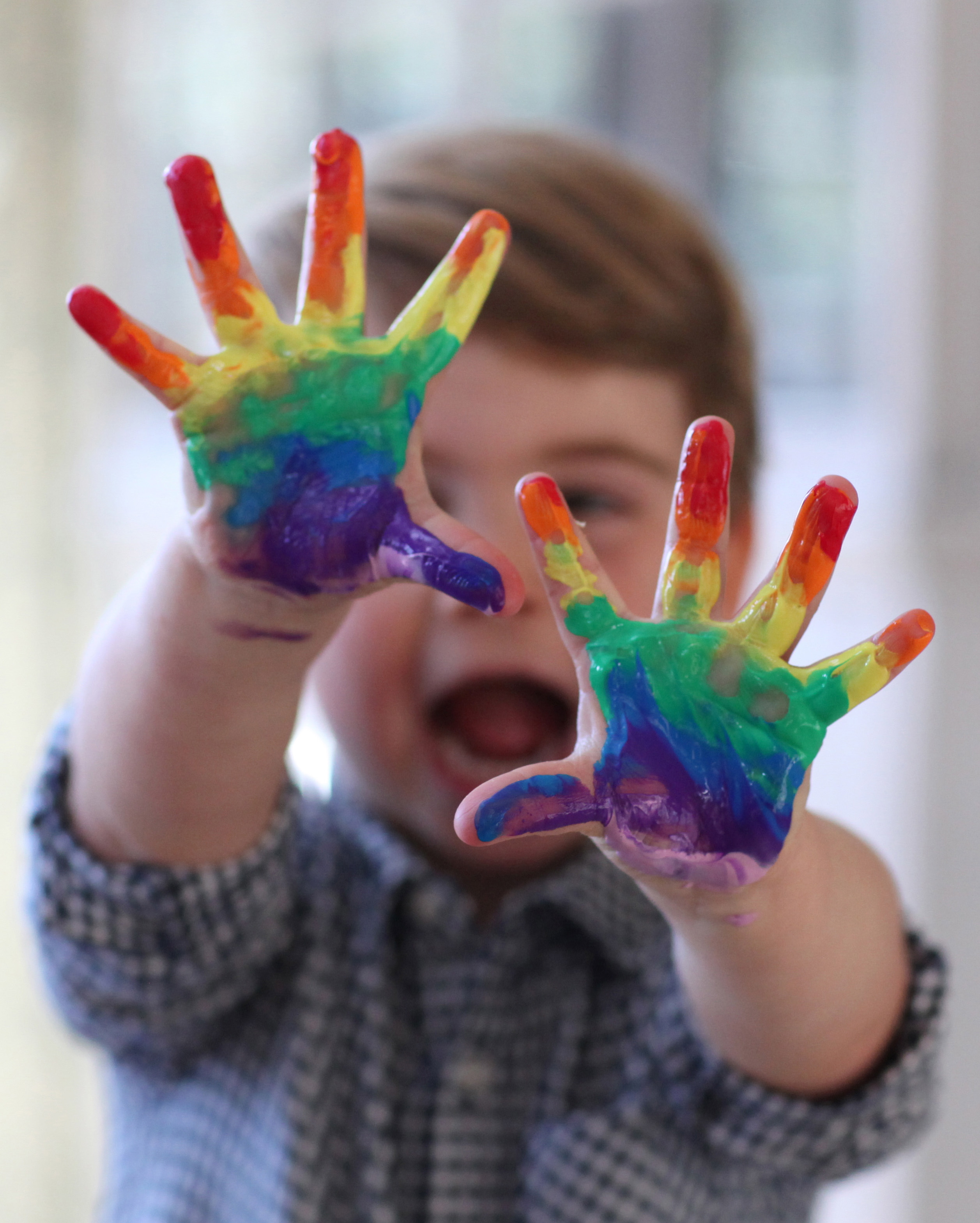 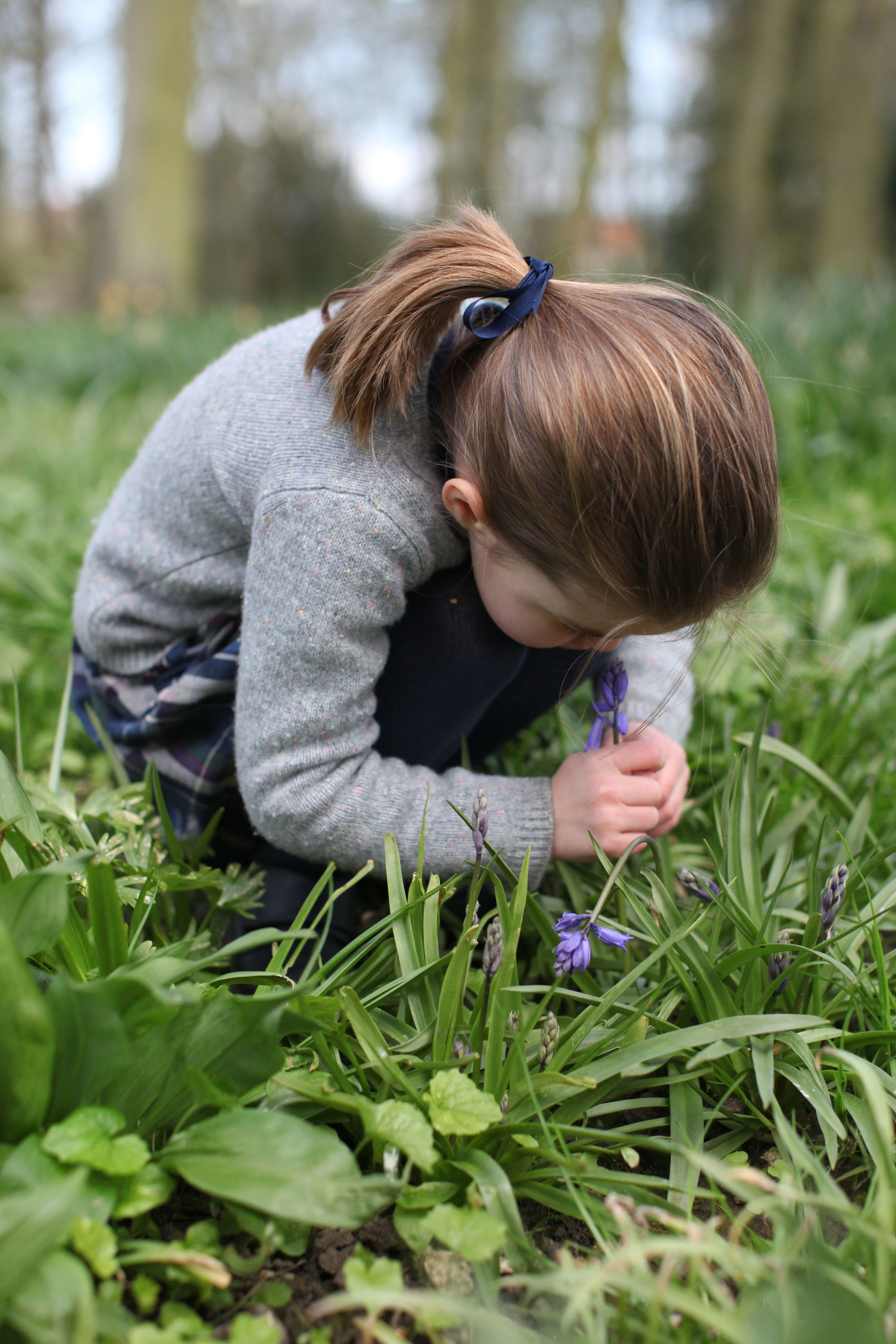 Even though they are royalty with a household of staff, Princess Charlotte and Prince George love to get messy in the kitchen.

Charlotte and George love to make pizza and prefer it when they can make their bases from scratch.

When Kate was recently making food for a Commonwealth Big Lunch at St Luke's Community Centre, she said: “I've done that with George and Charlotte—making pizza dough.

“They love it because they can get their hands messy."

Kate also revealed during an engagement in Luton where she watched a cooking demonstration: “When I try to do this with George at home, chocolate and the golden syrup goes everywhere.

We shared how Meghan Markle and Prince Harry have been ‘quietly meeting’ with Black Lives Matter key players to ‘educate themselves’.

And Kate Middleton and Prince William released an adorable new photo of Charlotte and George delivering food to the elderly.