Home » How to Get Started With Tarot

How to Get Started With Tarot

People have been finding meaning in tarot cards for centuries, and though there is a lot of ritual to the practice, there is no evidence that tarot cards actually … tell your future.

But for many who love to consult them, that’s beside the point. Tarot is less about predicting the future than it is about reflecting on your life. Also? “Having fun is more serious to the practice than you can imagine,” said Ariana Lenarsky, 34, a writer, musician and tarot reader.

Getting into tarot can be overwhelming at first. Here’s an easy guide. 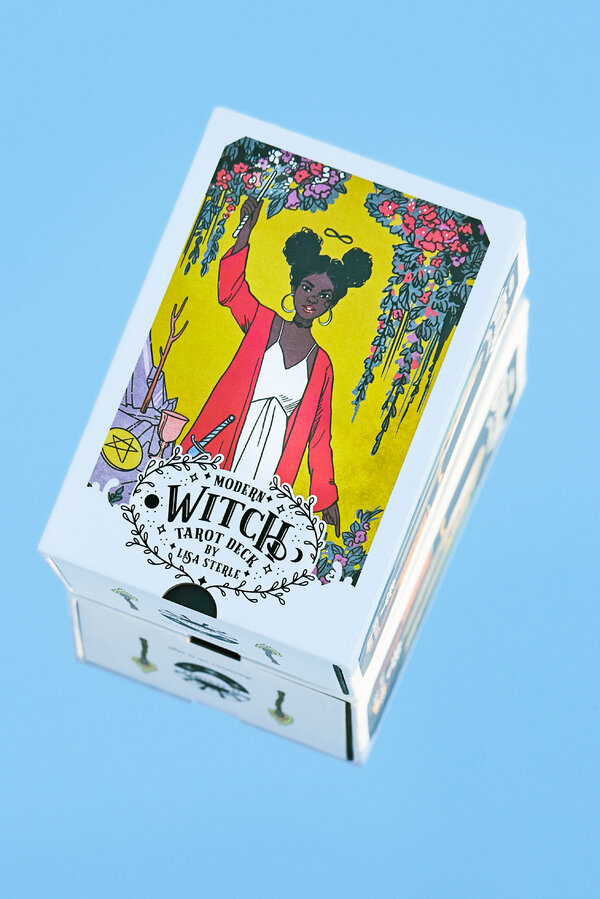 There are a few key differences between a regular deck of cards and a tarot deck. Generally, tarot decks contain more cards, and each card features an illustration associated with its meaning. The decks have been reimagined many times with different styles and themes.

The most important thing is that your tarot deck resonates with you: Buy a deck you’ll want to use and practice with. (Or, ask someone to buy a nice deck for you, if you feel superstitious about buying your own.)

“My recommendation is always to think about a deck like you’re choosing a roommate,” said Jessica Dore, 34, a social worker and tarot card reader who is known for her daily readings on Twitter and now teaches tarot card reading.

The reader behind a popular YouTube channel called Tarot by Bronx recommends visiting a local bookstore or metaphysical shop so you can see and hold a deck before buying it.

If that’s not possible, you can always browse tarot decks online at retailers like Little Red Tarot, Rite of Ritual and Llewellyn. If you’re a beginner, it’s worth considering a deck that comes with a guidebook.

Here are some suggested decks:

The Rider Waite tarot deck, originally published in 1909, is one of the most popular. It can make for a great beginner deck because it’s easy to find information on how to interpret the cards. The Modern Witch tarot deck is a contemporary twist on the Rider Waite deck. The Akamara tarot deck showcases African spiritual practices. The Tarot Illuminati deck features cards with vibrant colors and detailed artwork.

Understand the basics of a tarot deck

There are 22 major arcana cards, and they tend to deal with big life events and overarching themes, for example, relationships, career and love.

There are 56 minor arcana cards. These tend to deal with smaller issues and day-to-day tribulations, like fleeting emotions and situations. Minor arcana cards are divided into four suits: cups, wands, swords and pentacles. Each suit has numbered cards from 1 through 10, as well as four court cards (page, knight, king and queen).

Come up with the question you want to ask

The aim of a tarot reading is to explore a question about the self. You pick cards to help you reflect on possible answers, interpreting the meaning of each in relation to what you asked. Keep in mind that tarot cards are tools for introspection, and for that reason it’s best to keep questions open-ended.

“Any questions that are clear and concise that deal with who, what, where and how are great,” said Tatianna Morales, 33, who taught herself to read tarot cards as a child and now conducts a variety of services as Tatianna Tarot. “The whys are not so important, because things can change.”

Though you can use tarot to work through the big things happening in your life, like career obstacles and relationship struggles, it can also address day-to-day questions.

Here are some examples from the experts, of questions you can ask of yourself or to help answer for other people:

What do I need to be aware of right now?

Where should I be focusing my energy or attention?

What do I need to appreciate about myself today?

Should I have pizza … again?

What’s my biggest challenge for the day?

What do I need to know about my love life?

What should I be doing career-wise?

Do whatever feels right to set the mood. Some people like to use specific table cloths while they read, while others use candles or crystals.

Many tarot card readers also cleanse their area before they start. You can do this with sprays like lavender, as well as by burning incense.

Here is a guide to incense.

After shuffling, place the deck facedown and cut it into multiple smaller decks. They don’t have to be of equal size — just whatever feels right. Then, restack all of the decks back together at random. Your cards are now ready to pull: You’ll flip individual cards up from the deck and place them faceup on the table.

There are different ways to pull tarot cards. You pull them intuitively or into “spreads” — specific arrangement where each card is assigned a meaning.

Bronx and Ms. Morales said they pull cards intuitively, flipping over cards until they feel they’ve answered their question.

For beginners, spreads or specific forms of reading can be easier to grasp. The simplest of these is a one-card spread, where a single card is pulled.

Pulling a single card at a time can be less overwhelming than a full spread, and it can give you the opportunity to get to know the cards better. Ms. Dore recommends pulling one card in the morning and one in the evening, creating opportunities to check in with yourself.

Three-card spreads are easy and adaptable. You’ll pull three cards, placing them on the table from left to right. Assign each position a meaning: For example, the first card you pull can represent the past, the middle card can represent the present, and the last can look at the future. You could also look at mind, body and spirit; your current situation, your obstacle and advice; or any other meanings you want to assign.

A Celtic cross is a 10-card spread that approaches an issue from multiple angles. The first card you pull looks at the heart of the issue, while the rest work to explain it and give you insight on the best way forward. Here is a guide. However, given the number of cards, it can be a little overwhelming if you’re not familiar with what they all mean yet.

Begin to learn to read the tarot deck

Next, the court cards. Just like in a regular deck of cards, each suit has face or court cards — usually called king, queen, page and knight.

Major arcana cards, like the Star or the Lovers, refer to bigger events in your life. Though these cards can be intimidating at first, just make sure to take your time with them and read up on all the different ways they can be interpreted. They’re always more nuanced than they seem at a glance: For example, while pulling the Death card may feel like a bad omen, it could be interpreted more innocently — that something in your life could end.

“Go with your own instincts, try to shut your brain off and write as much as you can about what you’re picking up for that card in that moment, and compile a list of definitions over time,” Ms. Morales said. “That list will become your own encyclopedia.”