A MUM has described how she was forced to give birth to her baby ten weeks early after a tumour the size of a tennis ball developed on her chest.

Chelsea Raybould was horrified when she was told that not only was her cancer threatening her life, but her baby’s as well. 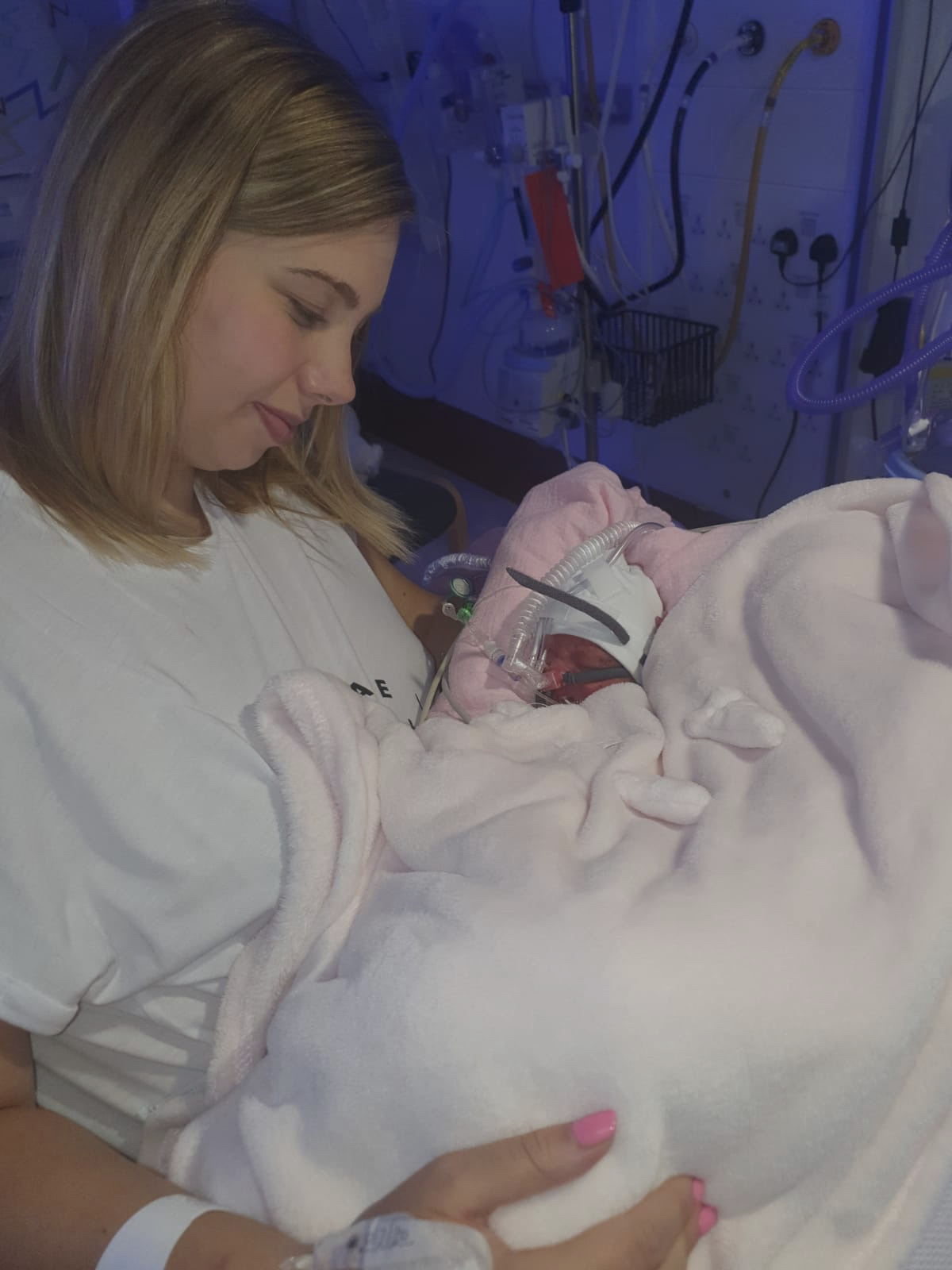 The 24-year-old, from Dudley, was just 29 weeks pregnant when she was diagnosed with an aggressive form of non hodgkin's lymphoma.

But she was told she would need to deliver her baby in a matter of days so that she could begin an intensive course of chemotherapy.

Speaking to the Mirror, Chelsea said: “They said if we did that my baby wouldn’t have a mum.”

With partner Jay by her side Chelsea delivered baby Lacey-Mae via emergency C-section on July 6. 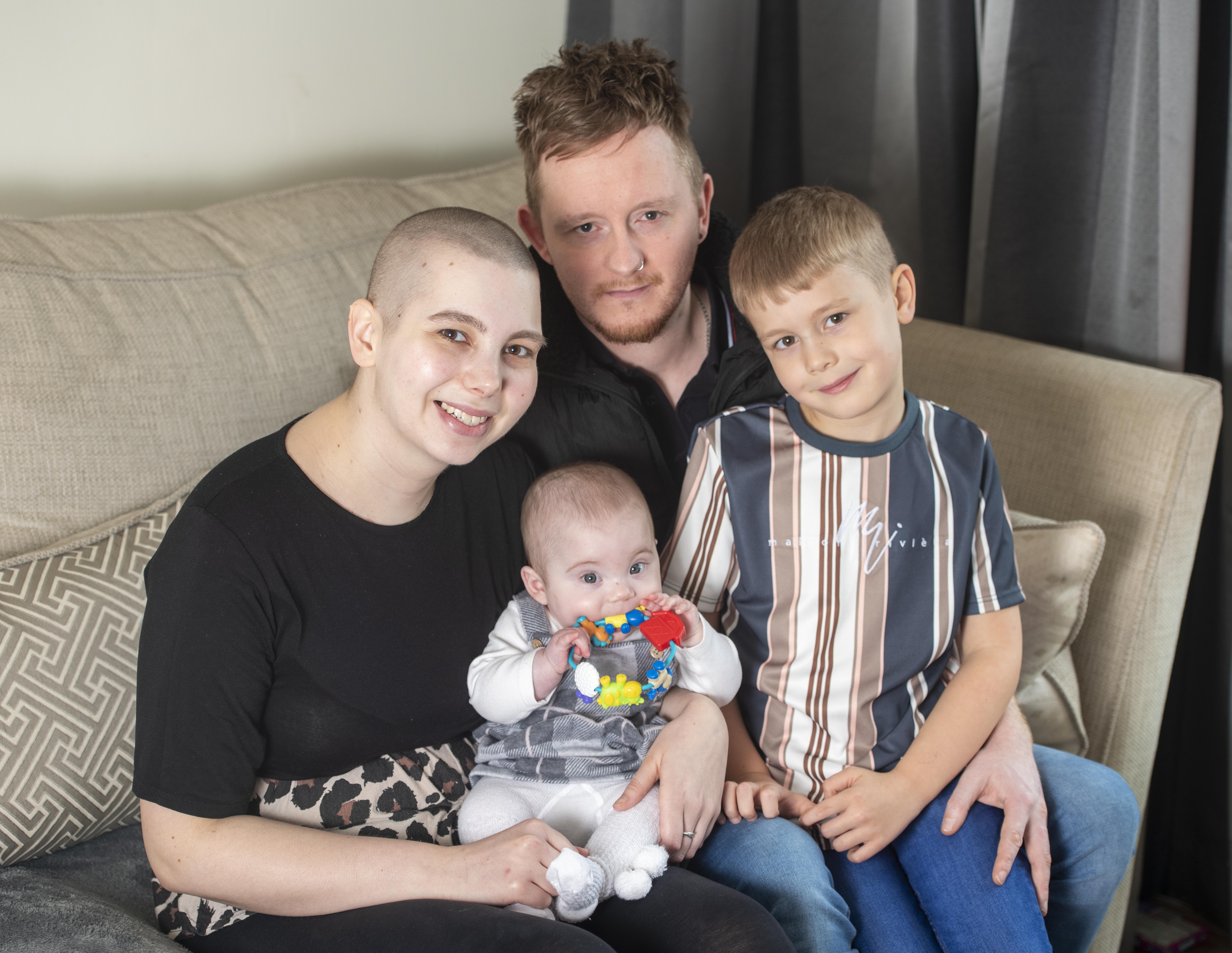 Lacey-Mae was sent to the neonatal unit and after five weeks she was discharged while Chelsea continued to go through chemo.

But while her daughter was safe and well, Chelsea was heartbroken as her aggressive chemo meant that she couldn’t go anywhere near her little bundle of joy or her son Finley.

She added: “I was told the sweat from my hands could be toxic enough to burn them.

“Knowing my newborn was just a couple of wards away was heartbreaking. I just wanted to cuddle her and Finley.” 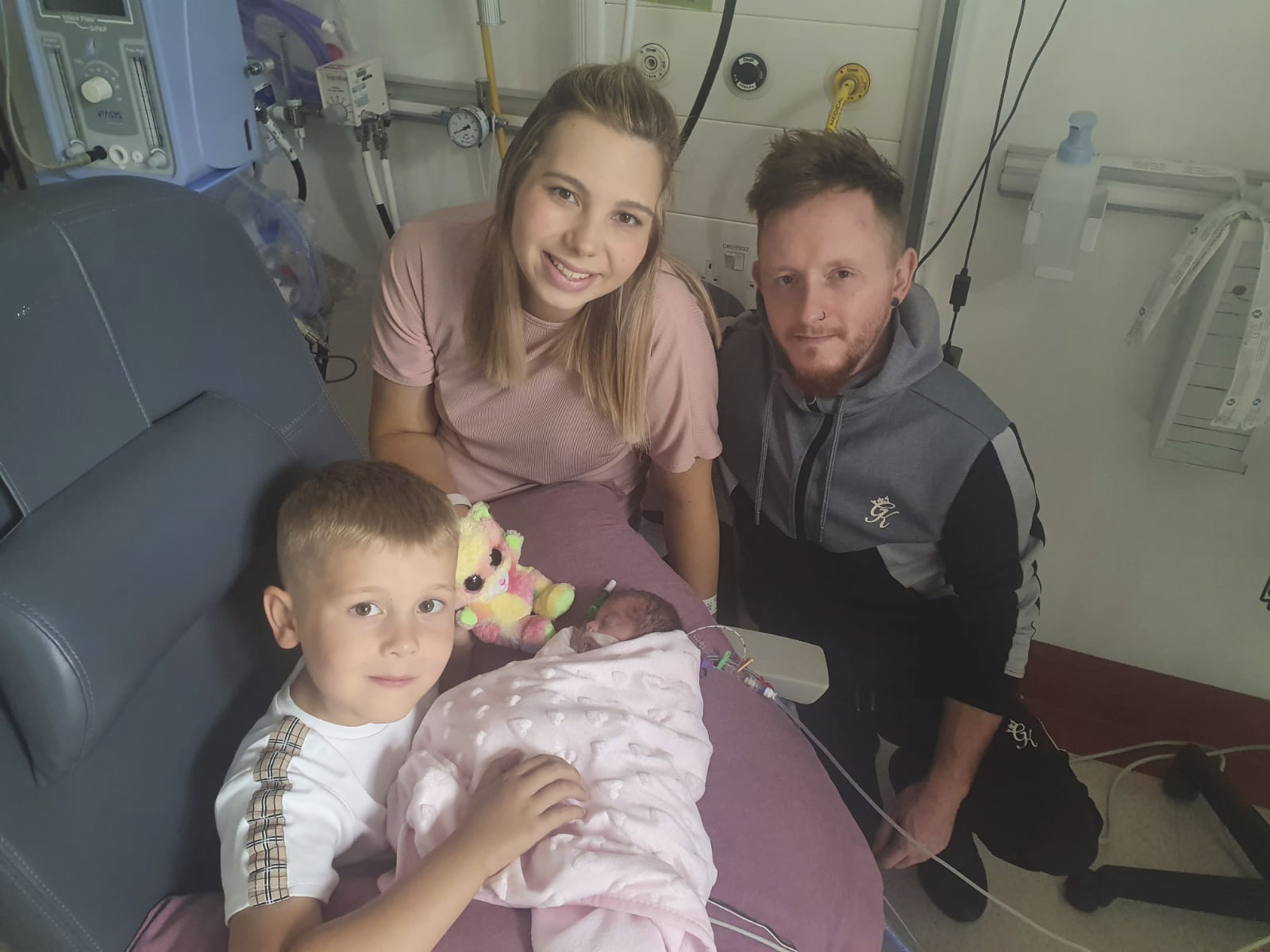 The only way Chelsea could have any contact with her newborn was by wearing gloves.

Following 17 weeks of chemotherapy, Chelsea was told that her tumour had successfully shrunk by 1.7cm.

While she knows there is a high chance she will relapse Chelsea remains positive that she will be around for her children.

To donate to Chelsea’s fundraiser, please visit her GoFundMe page.

In other real life news, this mum who wanted just one baby has revealed how she fell pregnant with quintuplets.

And Britain's most tattooed woman has revealed what she looks like with her ink covered up.

Plus this woman says that Tinder won't verify her because she can't straighten her hands.