Home » Beauty and Fashion » I work full time but I'm homeless, I live in my car and shower in my gym – people always ask why I look so exhausted

I work full time but I'm homeless, I live in my car and shower in my gym – people always ask why I look so exhausted

A WOMAN has revealed that despite the fact she  works full time she is homeless and forced to live in her car.

Taking to TikTok, user Aaliyah, 22, shared her story, confessing that she showers at the gym and brushes her teeth at work. 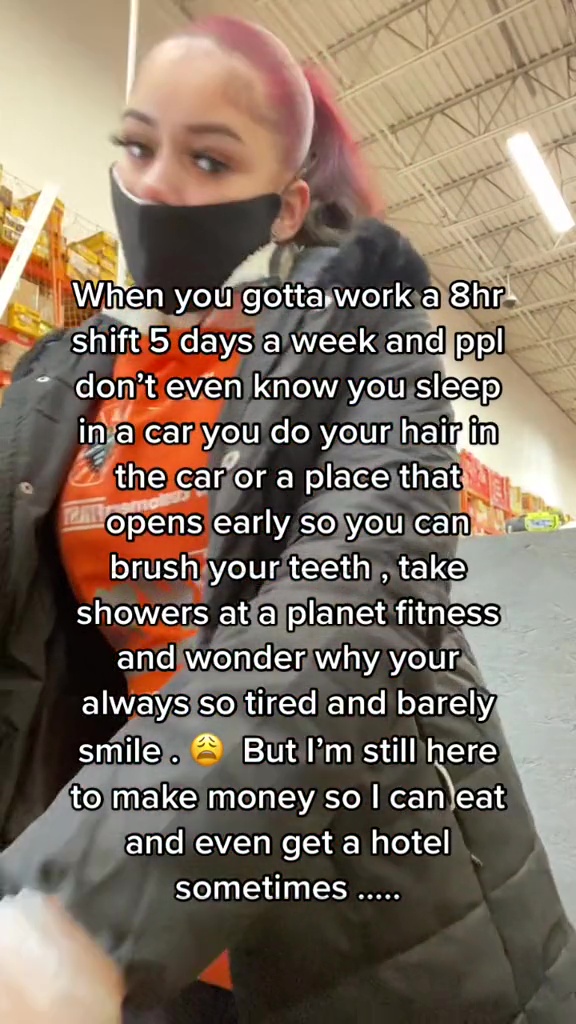 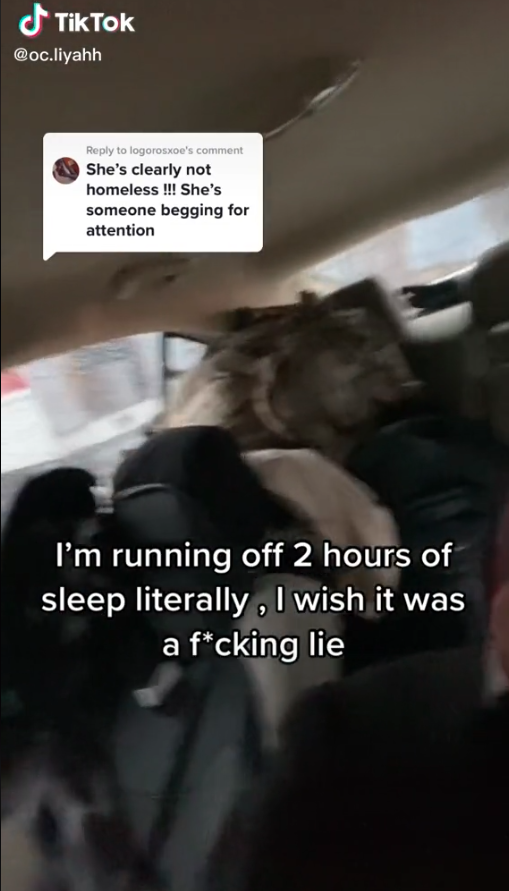 Captioning her video, she wrote: “When you gotta work an 8hr shift 5 days a week and ppl don’t even know you sleep in a car, you do your hair in the car or in a place that opens early so you can brush your teeth, take showers at Planet Fitness and wonder why you’re always so tired and barely smile.

“But I’m still here to make money so I can eat and even get a hotel sometimes.”

However, Aaliyah, who works at Home Depot, was targeted by trolls who claimed she was ‘faking homelessness’ for attention.

She shared a follow up video, revealing all of her worldly belongings stored in her car, captioning it: “I’m running off 2hrs of sleep literally, I wish it was a f***ing lie.”

Aaliyah later shared a video, claiming to capture the moment police officers searching her car because the ‘tint on the window was too dark.’ 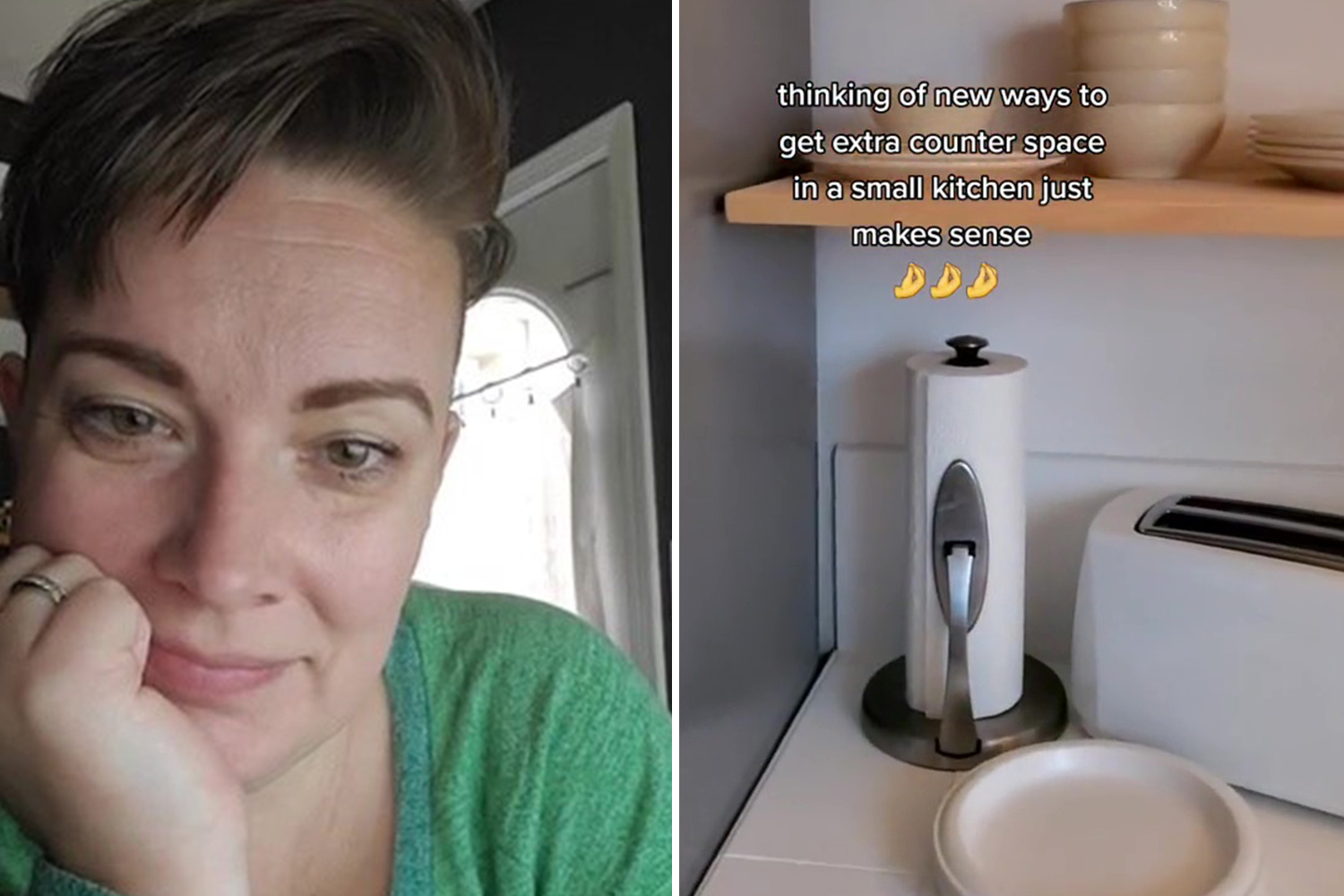 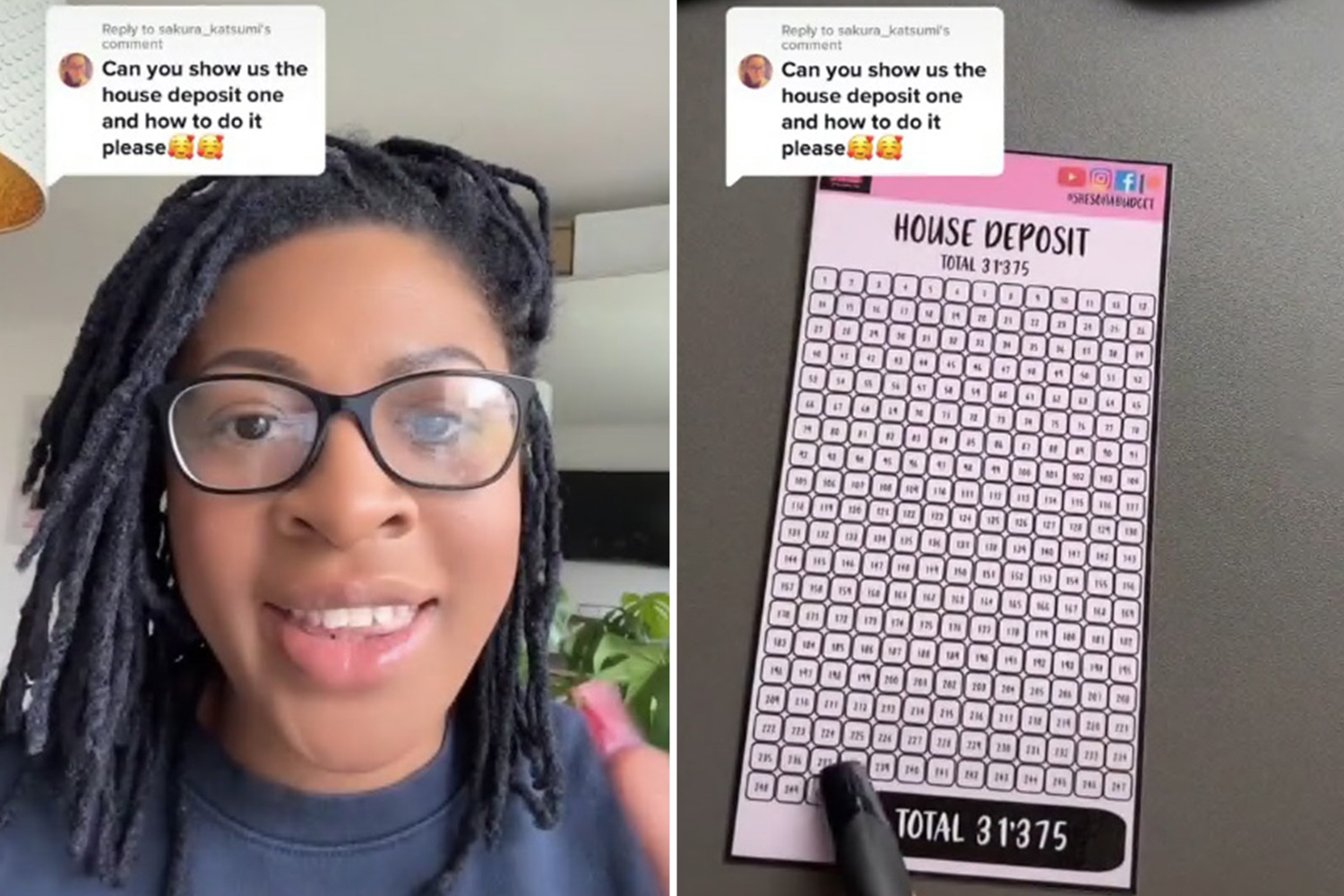 Many suggested that she investigate the Homer Fund, a scheme set up by Home Depot to support associates who have hit financial difficulty.

She later posted an update, writing: “I wanna thank the Homer Fund and everyone who suggested it.

“With everybody’s support they reached out and gave me emergency funding to get a hotel for some time. 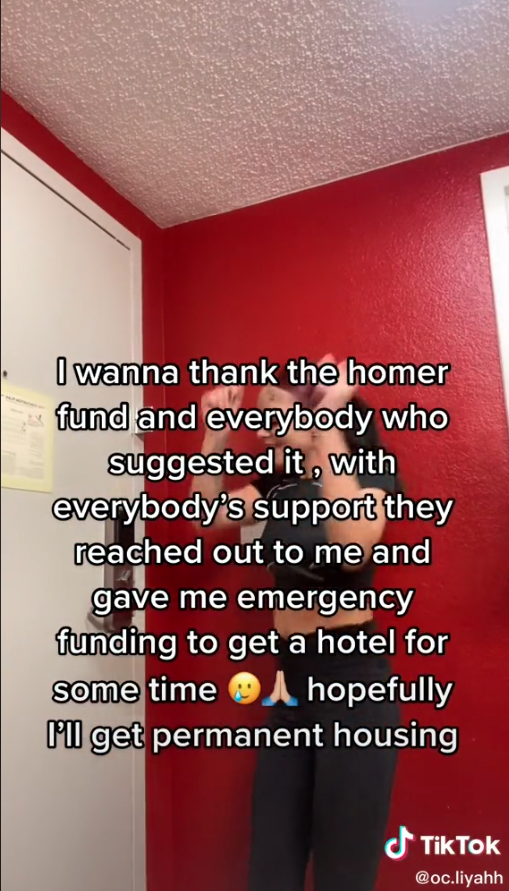