AN “infertile” couple who were to have IVF have become parents naturally — to identical triplets. 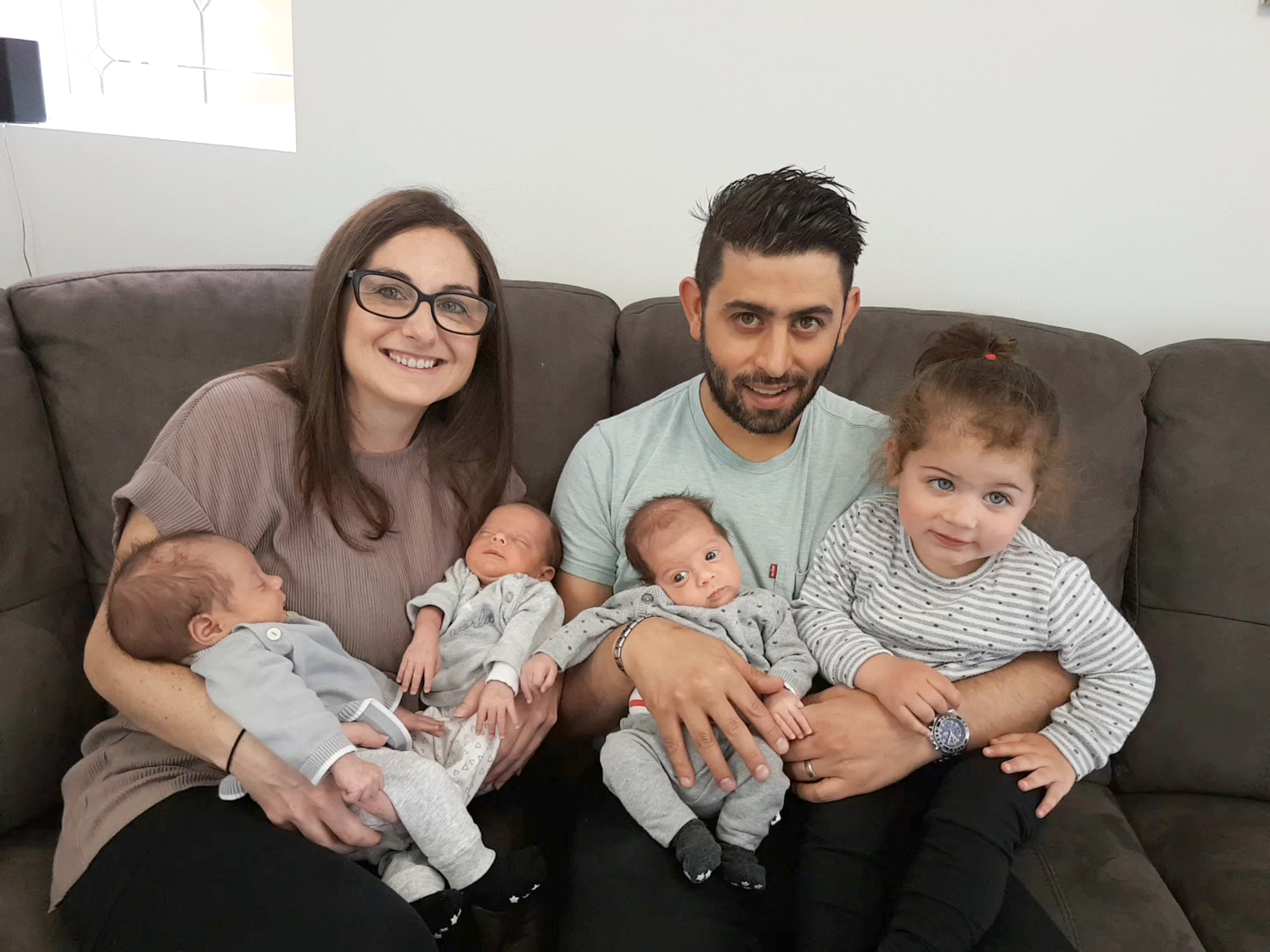 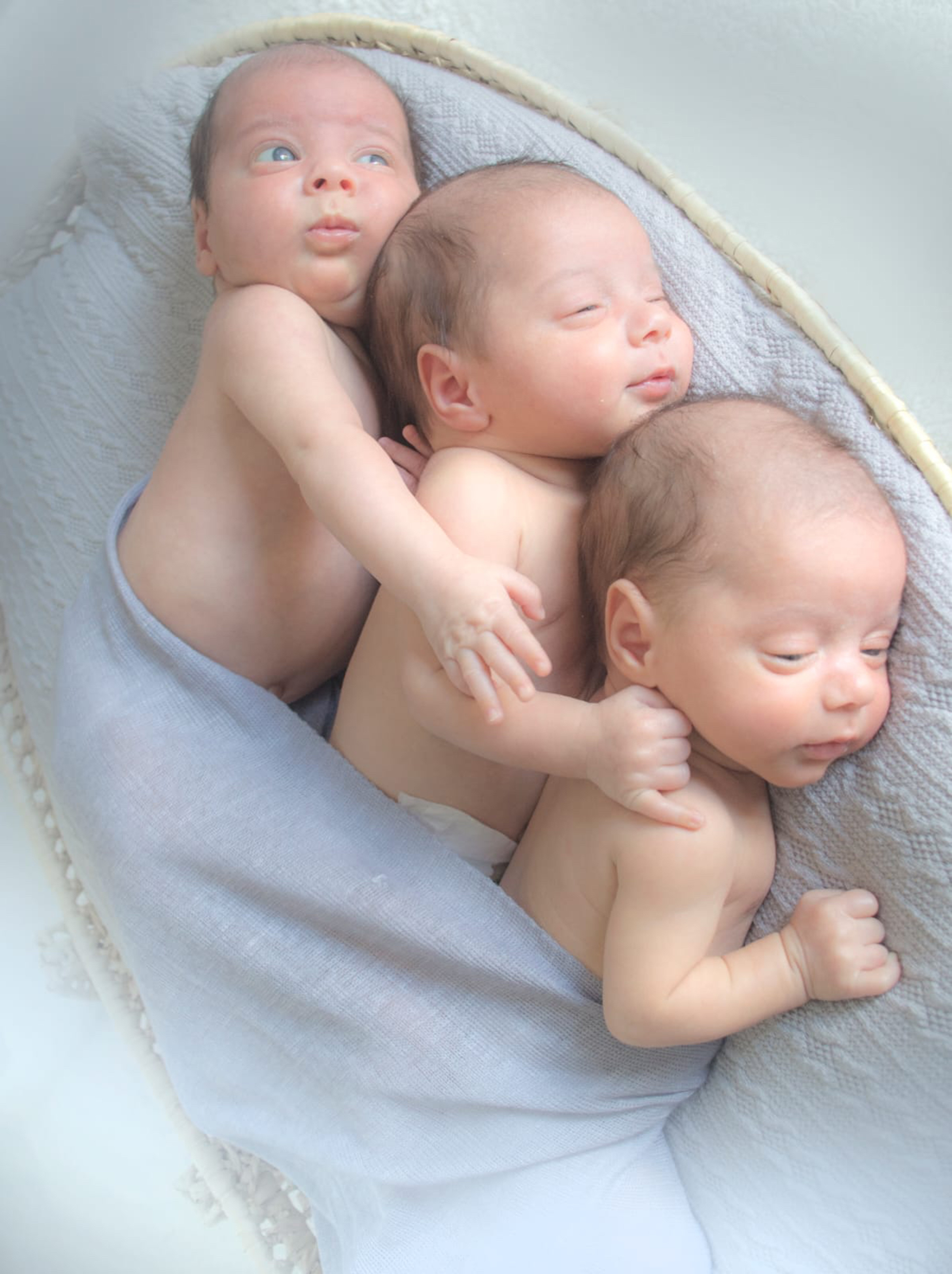 The stay-at-home mum and her husband Fabio, 37, wanted to extend their family and planned on using one of the four frozen embryos but were pleasantly surprised to two lines on a pregnancy test in September 2019.

The couple were in ‘total shock’ when they saw three heart-beats at their six week scan.

The babies are now at home with their mum, dad Fabio, 37, and one-year-old sister Alba, who was conceived after IVF treatment.

Lina, from Walton-on-Thames, Surrey, said: “We were trying for three years before we decided to have IVF with Alba which was successful first time.

“We always knew we wanted to have another baby and assumed we will need to go through IVF again after being diagnosed with unexplained infertility.

“We booked in for an early scan at six weeks to check the baby was healthy and the nurse kept asking me questions such as have I been feeling sick?

“To which I said no but I did feel slightly bigger than before – I constantly looked bloated like I had eaten a huge plate of pasta.

“She went to get a second opinion and said there’s more than one heartbeat, so we assumed two, not three! 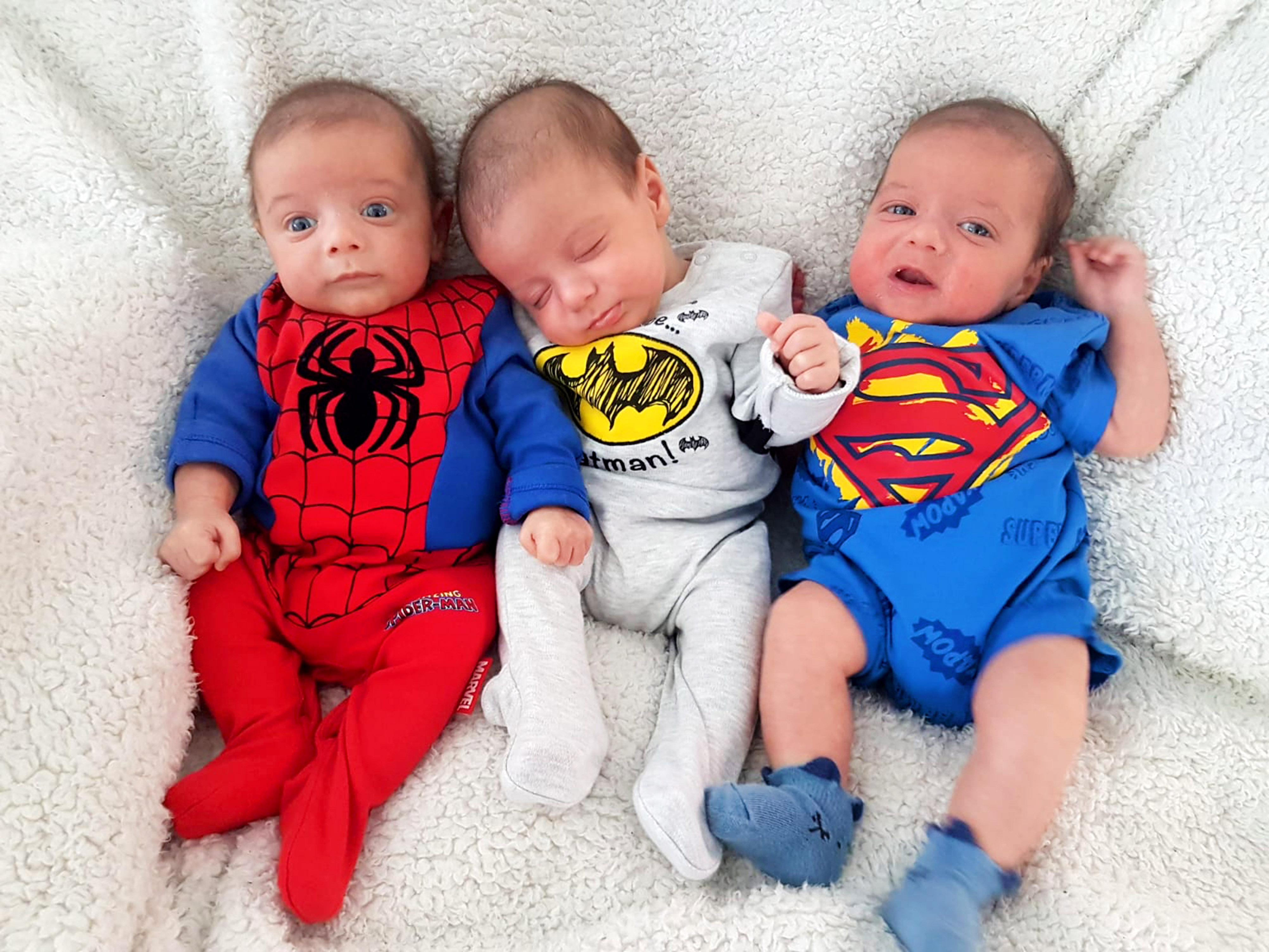 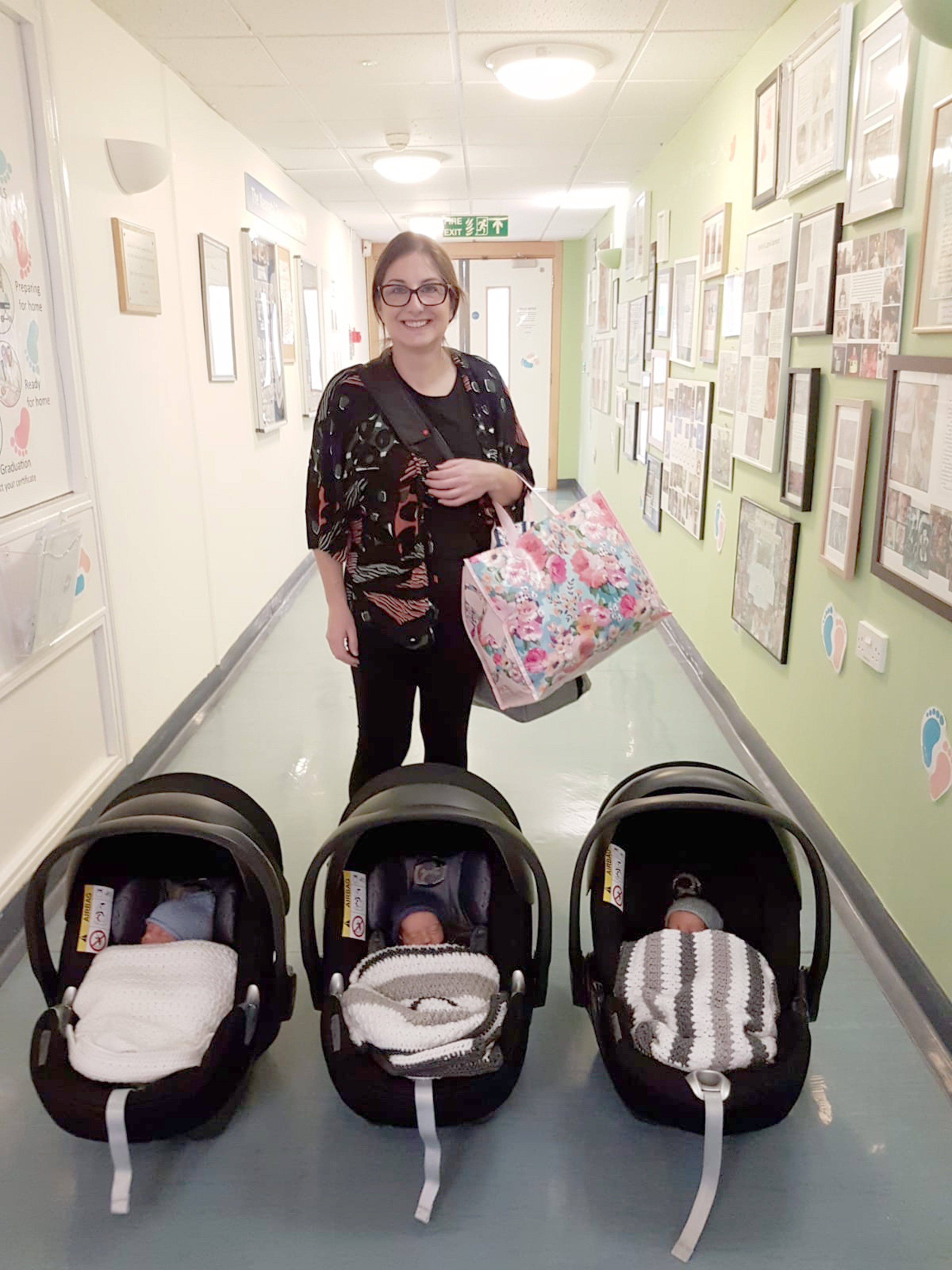