A WOMAN splashed out £10k turning her home into a pink palace – complete with matching dog bedrooms.

Maria Alison, 29, bought her semi-detached home in May 2019 and has spent the last two years turning it almost entirely pink. 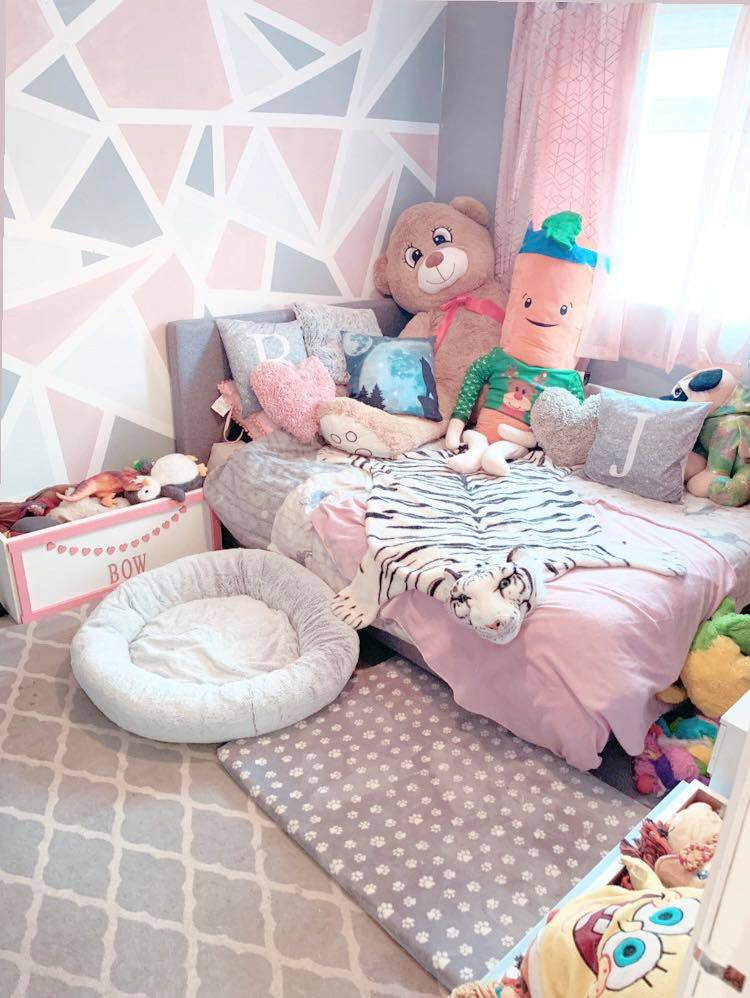 It all started with a pink kettle and toaster she was given as an engagement present by her stepdad Michael Heslop, 64.

After that she got fixated on the colour choice.

Maria’s fiancé Aaron Mordey, 30, eventually got on board with the idea, so much so that he even chose a pink motorbike for himself.

Their spare bedroom is a pink paradise for the beloved pooches Jeff, an Alaskan malamute Siberian husky cross and Bow, a Siberian husky. 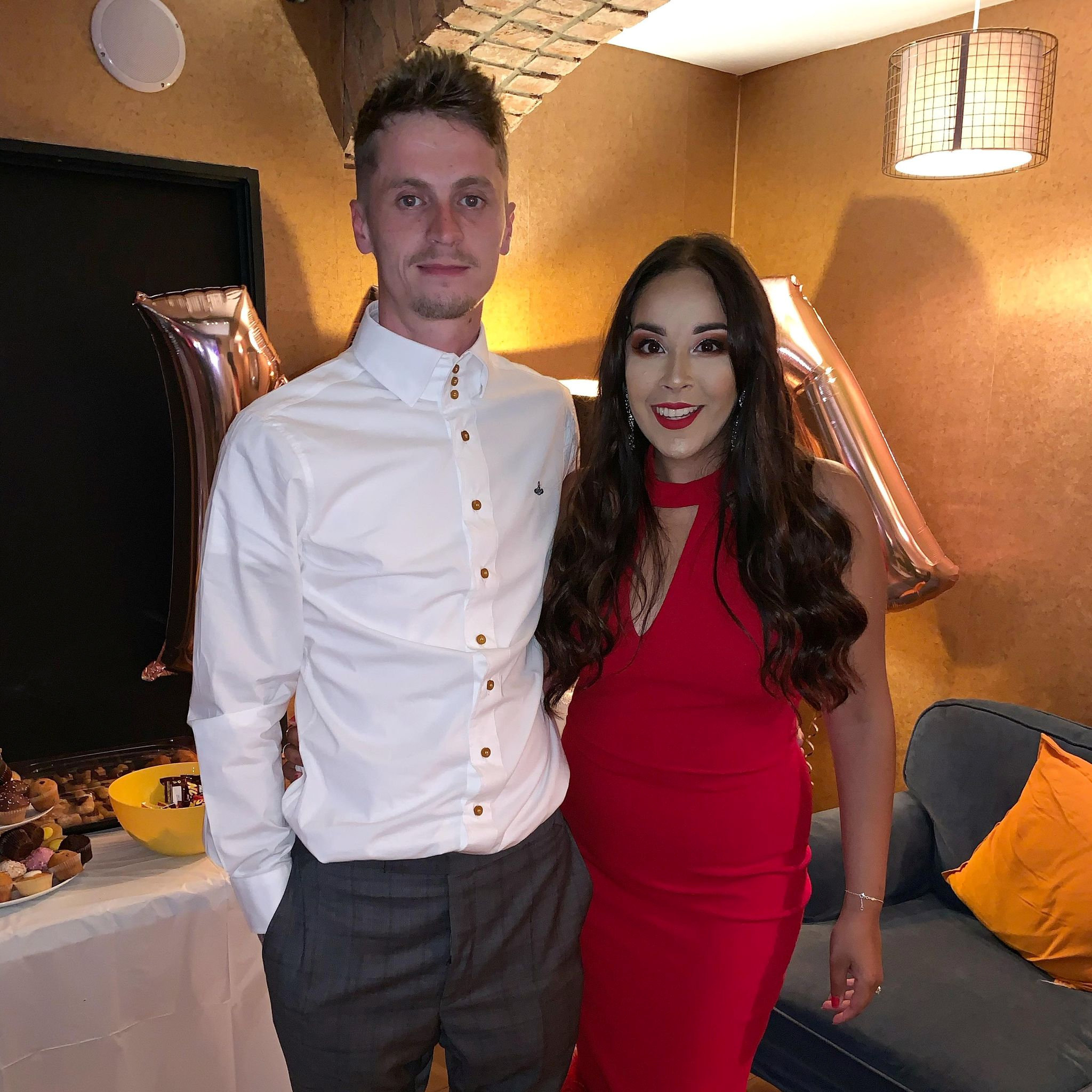 Maria, business owner from Millfield, Sunderland, said: “At first Aaron thought it seemed like a joke, but now he’s always got his mates in to show them the pink house.

"The strangest thing is I’m a real tomboy – I’m into cars and stuff like that.

“A full section of my wardrobe is dedicated just for pink now – I don’t wear it everyday but I do have a lot of it.” 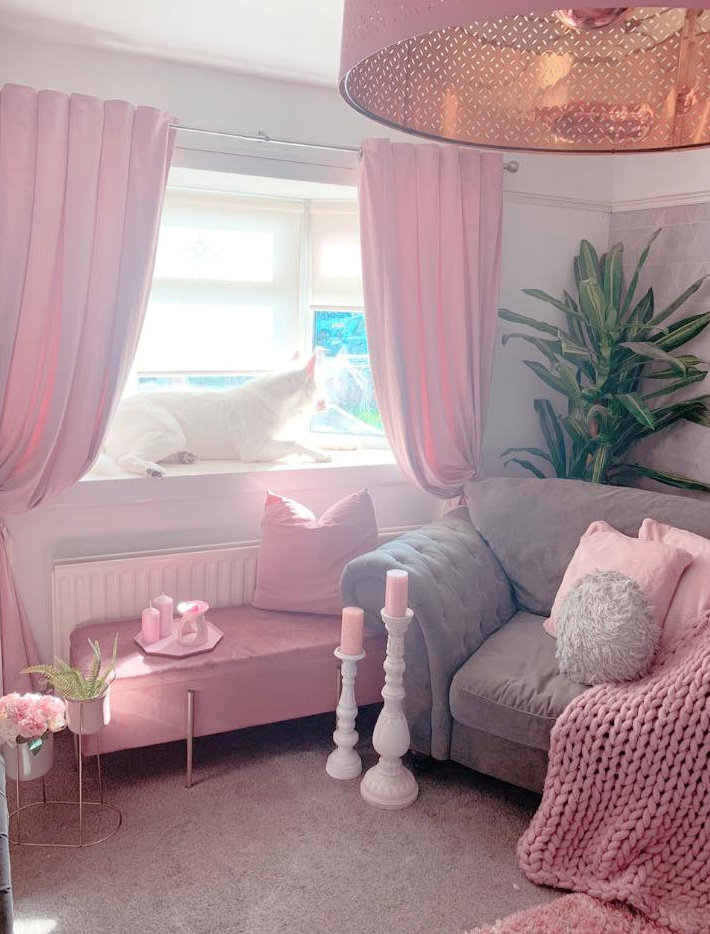 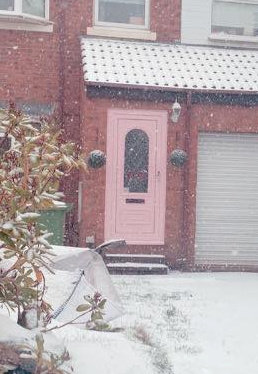 Maria has decorated the house with shades of pink and rose gold ever since she was inspired by the matching kettle and toaster gift.

She estimates the transformation has cost at least £10,000 so far, but admits that figure only includes the bigger items – so it could be higher.

Maria said: “When we moved in we went with mainly grey and just a few pink bits but then as time went on I really liked the pink and my partner was well on board. 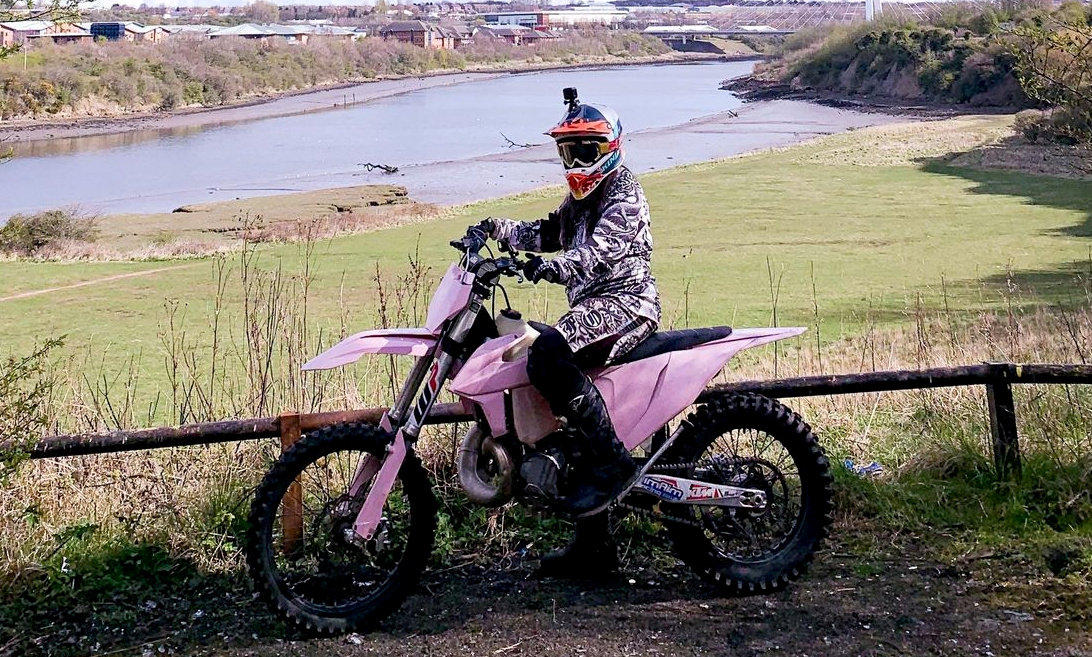 “I’m trying to get rid of the grey now, I prefer pink and white but obviously it’s hard to do everything at one time."

Everything in their home has either been purchased, spray painted or installed by Maria and Aaron themselves, despite neither of them having previous DIY experience.

Maria said: “When we first moved in we ripped the old kitchen out and put a new kitchen in.

“I’ve never ever paid anyone for labour, we’ve done it all ourselves like panelling – everything.

Maria often has pink items given to her as gifts or buys the smaller accessories herself when she’s supposed to be doing the weekly shop.

She said: “I buy the small things so constantly like when I go shopping, I never go in for what I come out with!”

One gift from Maria’s mum is a pair of personalised toy boxes for the dogs, Jeff and Bow, both aged six 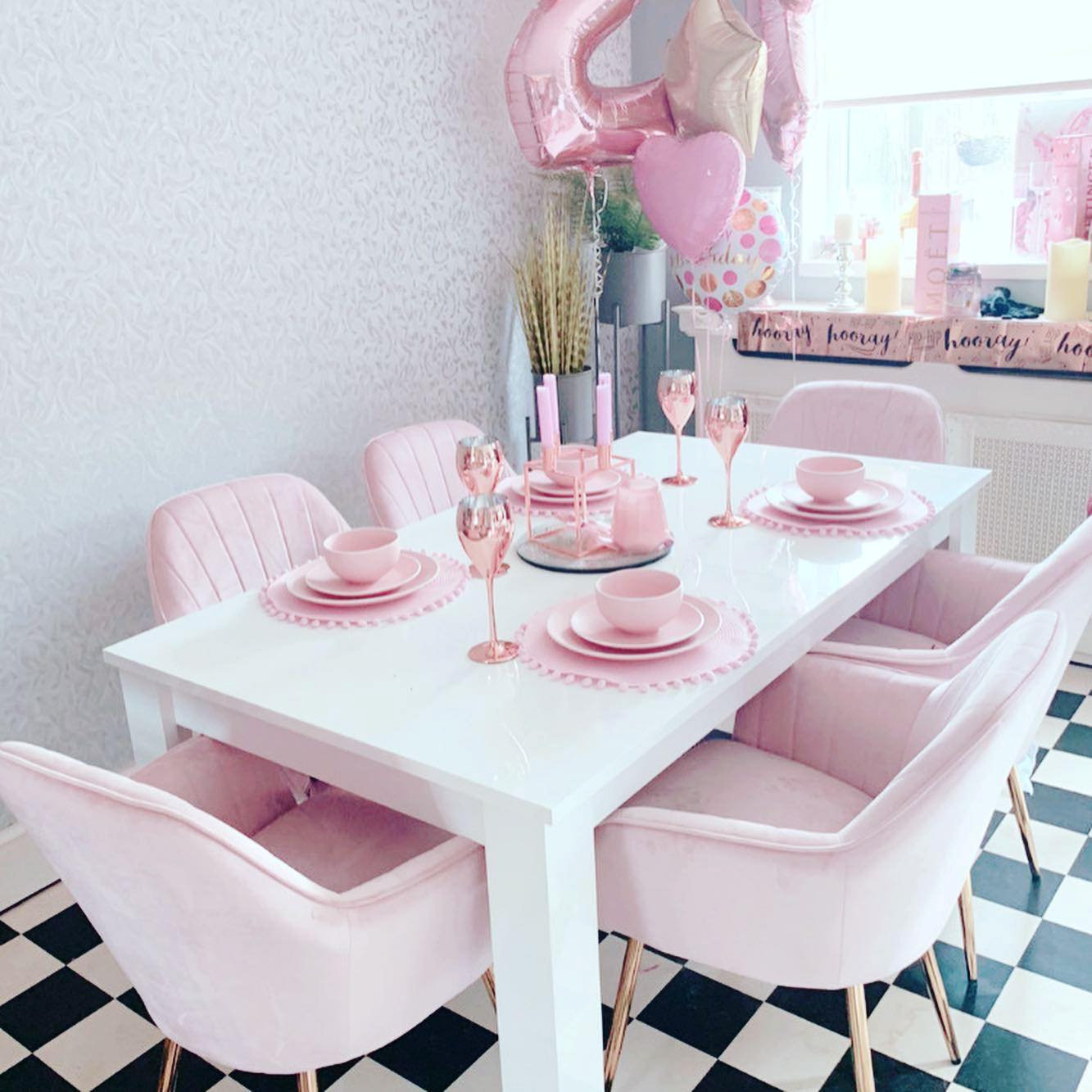 The dog’s room is the only thing Maria and her fiancé Aaron disagreed on as he wanted it to be yellow – "Jeff’s favourite colour".

Maria said: “I would like to make it all pink but I would feel bad as one of them is a boy.

Having always had a passion for design, Maria claims she doesn’t like directly copying people so tries to avoid popular retailers where she can.

She continued: “I get a lot of inspiration on Instagram but I’ll always try and find my own style.”

In January of this year she decided to turn her Facebook page into a website – which is also pink. 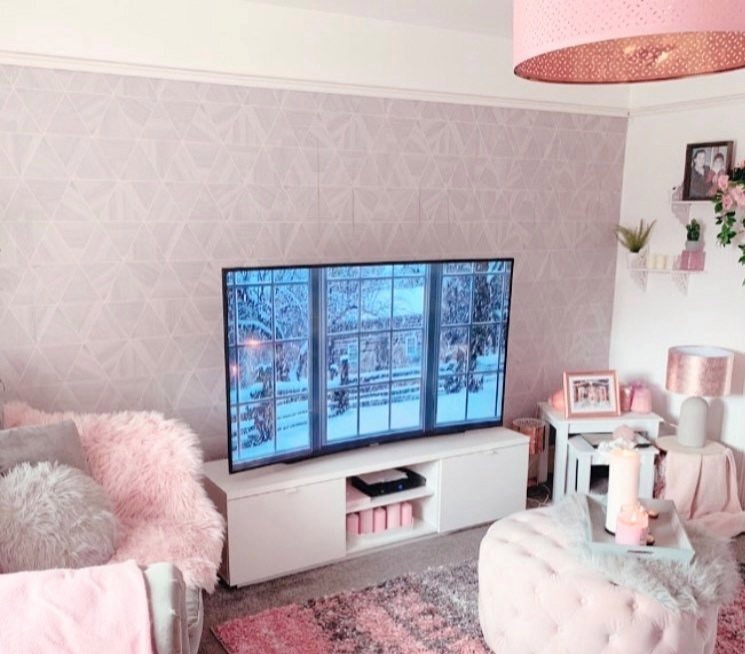 The business, which Maria considers to be an extension of her home, sells personalised items including homeware, clothing and gifts.

She said: "I thought maybe I could actually do this as a living because people seem to like the style that I’ve got.

“I really enjoy it so eventually I would like the website to be my full time job but these things take time.”

Maria also works full time at ‘Load It Up’, a deli run by her brother, Shafiq Iqbal, 28, and will soon be beginning a new job working with autistic children.

With her current routine, Maria starts work at 12 o’clock, so gets up every morning at 7 to clean the house.
Having previously lived with her Auntie, Sabena Iqbal, 40, Maria said: “I hate going home at night to a messy house, it has to be clean. 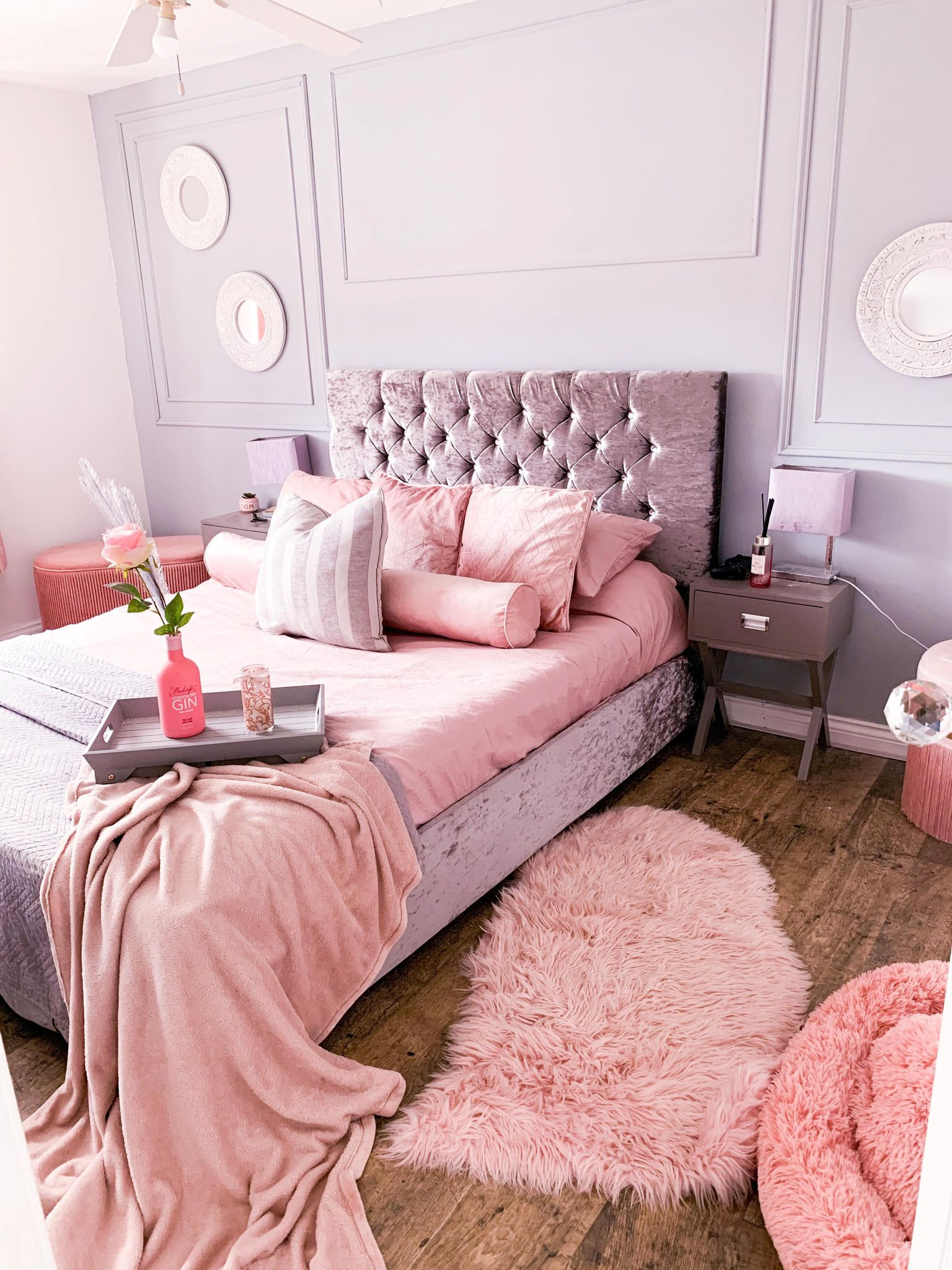 "I didn’t actually realise how much I would enjoy doing my own house."

Maria said her mum has always been an inspiration because of the way she kept their house tidy when she was younger.

She said: “My mum’s always been like that as well.

"She’s always been really into interior design when I was growing up and I had such a nice house."

Despite lockdown, Maria has continued to renovate her home but thinks she will take a break from making anymore changes.

Maria continued: “I’m not done yet.

“Once you say I’m done, you’re not done you’ll start something else, but I do think for a while there is enough pink."