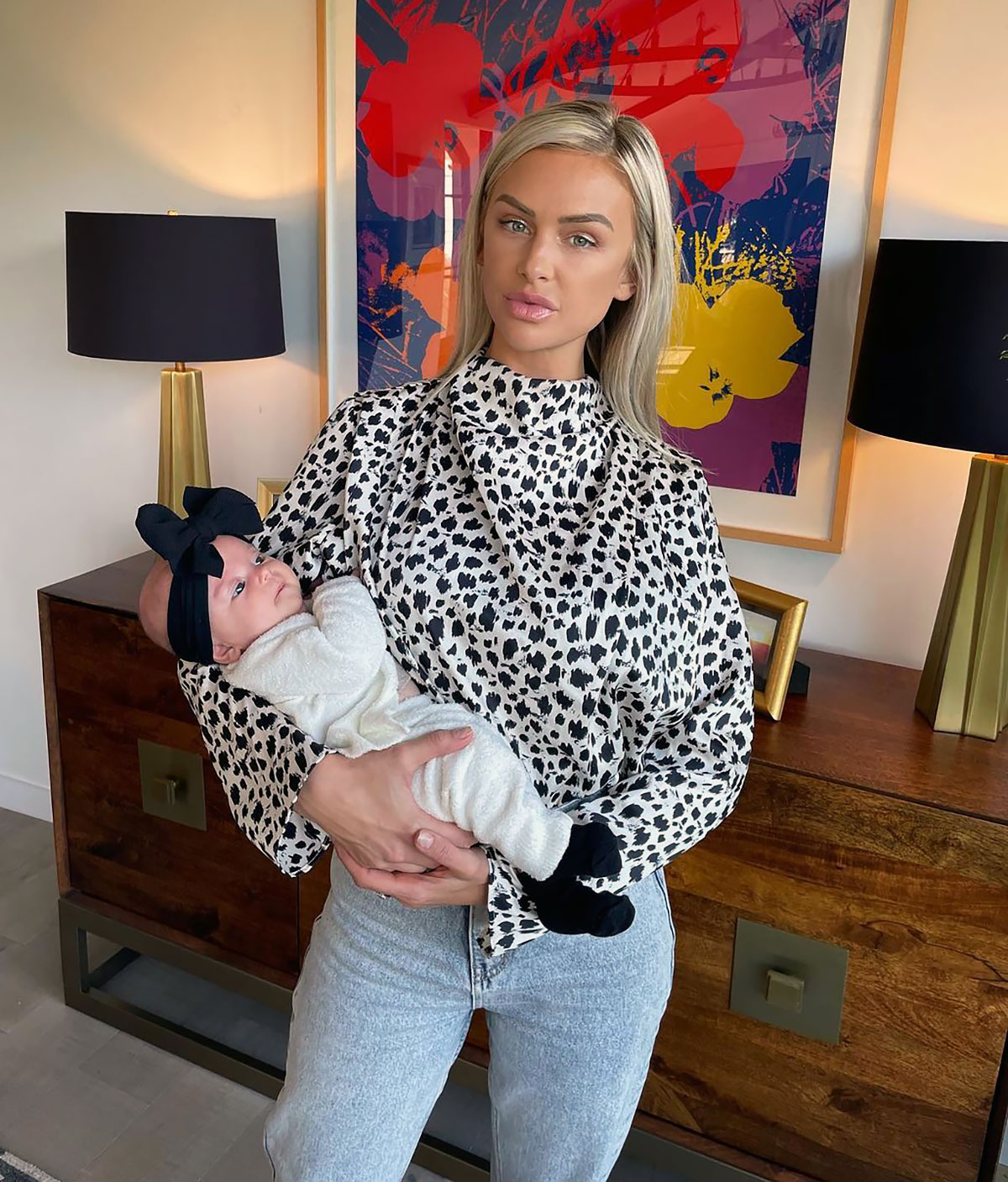 Lots of love! Lala Kent has a handful of tattoos — including a heart-shaped design around her nipple.

The reality star has been sharing adorable breastfeeding photos with daughter Ocean as of late — and some eagle eyed fans caught onto the fact that the 30-year-old reality star had what appeared to be a “boobie tat.”

So, when the Vanderpump Rules personality said that she wanted to “mention it all” via an Instagram Stories question session on Thursday, June 10, Kent gave her 1.6 million curious followers insight into the design.

“Yes! I have a heart around my right nip. I was mimosa drunk when I got it, & no I do not regret it,” she shamelessly explained.

Give Them Lala Revelations: 13 Takeaways About ‘Pump Rules,’ Randall, More

While she loves her ink, some reservations did come into play when she welcomed her 2-month-old daughter, whom she shares with fiancé Randall Emmett, in March.

“I asked my mom, ‘Do you think Ocean’s gonna be like, weirded out, that I have this tattoo as she gets older?’” she said in a later Instagram Stories. “My mom said, ‘No, she’s not gonna know any different.’ And I love that answer.” 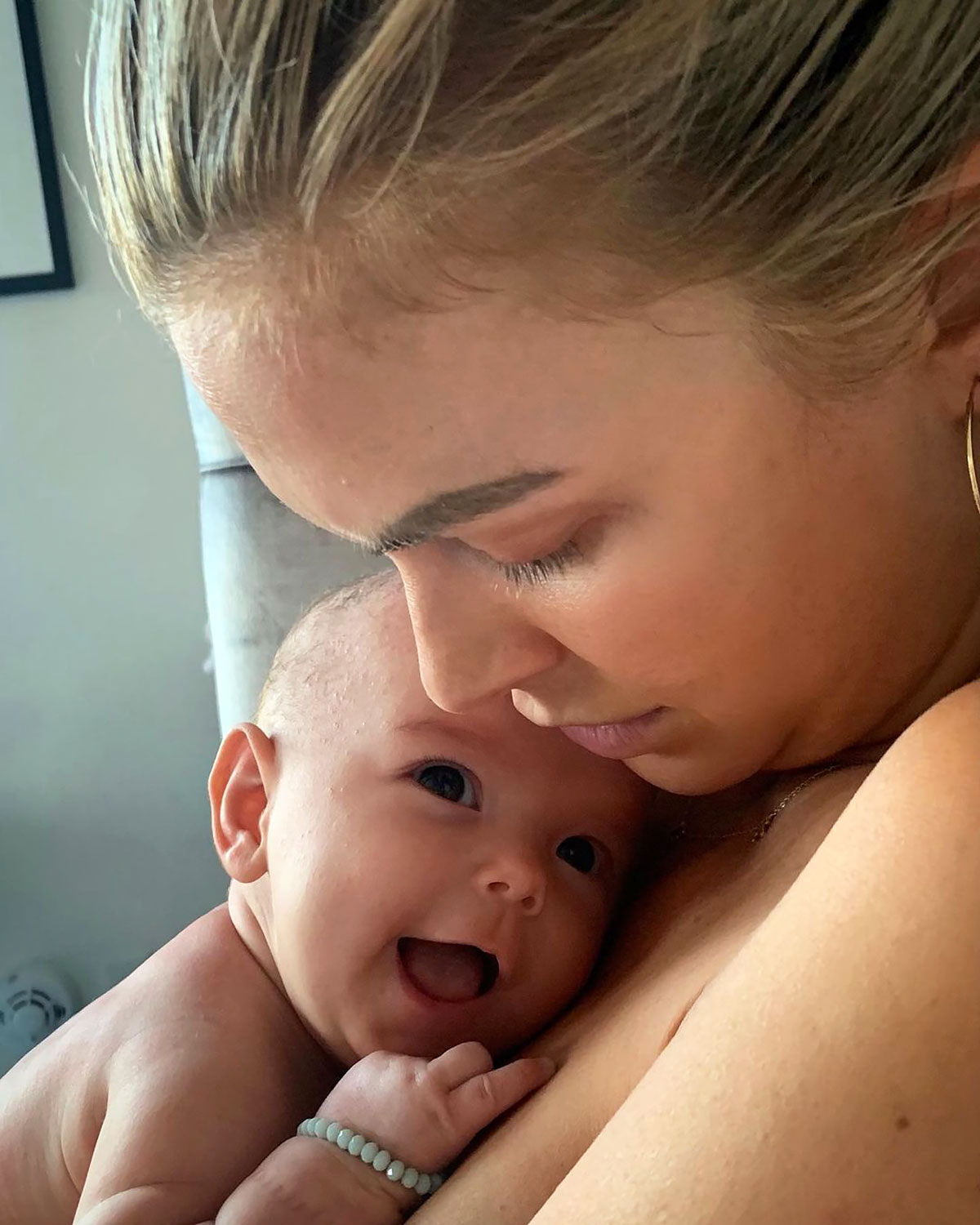 Along with her heart-shaped nipple tattoo, Kent also has approximately 10 other designs. And, she opened about the meaning behind most of them in a Bravo video on June 2.

Her first tattoo was her “man’s initials,” which she got on her inner arm. “I got it in Las Vegas, that was my very first tattoo ever. A little ‘R’ and a little E,” she said in the short clip.

But the Give Them Lala author’s inaugural ink wasn’t all rainbows and butterflies — the “E” was “so crooked.” As a solution, Kent decided to cover it up. “I would look at it and I’m like, “Get it off!” And I’ve always wanted a lion tattoo so I’m like let’s just throw the king of the jungle right over the king of my life.”

The new mom also revealed that she has “thug life” on her leg, the name of her dog, Lily, on her ankle and an orca on the side of her boob.

When it comes to tribute ink, the star has “heathen” written above her elbow in honor of her mom. She said, “My mom used to call me her little heathen.” The star also has “dad” enclosed in a heart on her upper arm as well as “rand,” a nickname for her fiancé.

Her “most important” design however is her “GIVE THEM LALA” tattoo on her right arm, which was done with white ink. “It’s the sickest tattoo ever. How did I forget my own hashtag?!” she exclaimed toward the end of the clip.

Related News:
TV and Movies
Abbey Clancy sizzles in a thong bikini throwback as she craves a holiday
TODAY's Bobbie Thomas breaks down in tears & admits 'I'm so scared' in first interview after husband Michael's death
37 Worst Sitcoms of All Time: From 'Mama's Family' to 'Coupling' (Photos)
Love Island's Maura Higgins shows off her ripped abs in a bikini on the beach in Gibraltar
Vin Diesel Says Paul Walker Sent John Cena to Play His Brother in 'F9'
Recent Posts