Miranda Lambert dazzled in a ‘sleek and sexy’ look, walking the 2021 Grammys red carpet in a shiny silver gown with her ‘hot husband’ Brendan McLoughlin.

Miranda Lambert brought her hunky cop husband Brendan McLoughlin as her hot accessory to the 2021 Grammys red carpet, as the pair were finally able to share their first awards show together since the COVID-19 pandemic began. As he walked the red carpet with her, Miranda, 36, wore a plunging shiny silver strapless fully embroidered gown gown with a plunging neckline. It featured black patterns throughout it, and came from Italian designer Genny’s Spring 2021 Ready-To-Wear Collection. Brendan looked sexy in a black tie-less suit with a white shirt. 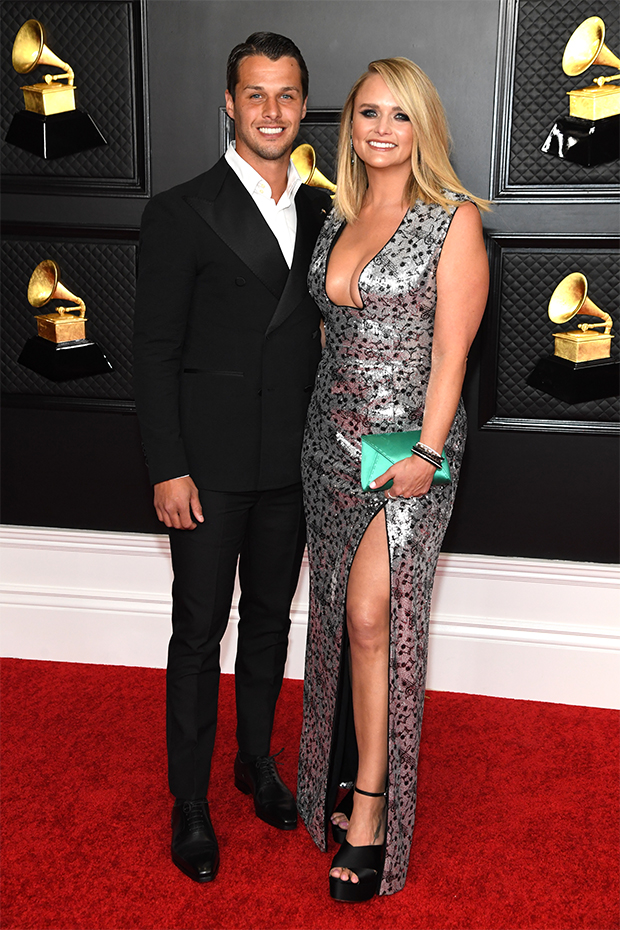 The “Vice” singer had declared ahead of the event that she had everything she needed for her red carpet appearance. “I’m going sleek and sexy,” Miranda teased to ET on Mar. 11. “I have a dress, and a really hot husband who has a really nice suit, so we’re good on that,” adding “I’m not really a princess gal” when it comes to fashion. 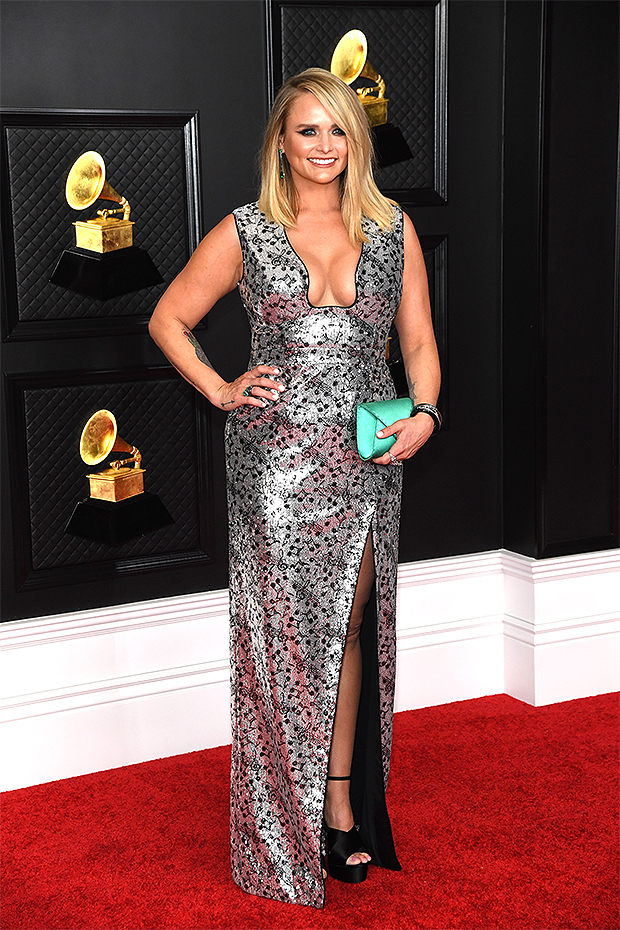 Miranda’s night is only going to get more exciting, as she’s up for three Grammy Awards, including Best Country Album for Wildcard, as well as Best Country Solo Performance and Best Country Song for “Bluebird.” She will be performing that number one Country hit during the telecast with her full band backing her for the first time since the pandemic broke out.

The country superstar gave a hint of what was to come when it came to the stunning set she would be performing on. “The set is beautiful. It’s very feminine and beautiful,” she shared with ET. “Also, there’s an energy with my band and I, because we haven’t played ‘Bluebird,’ really, since it’s been ‘Bluebird.’ So we’re really happy to be up there and playing music.” The song and it’s album Wildcard were released in late 2019, before the COVID pandemic hit the U.S. in March 2020. She had just started her Wildcard North American tour on Jan. 16, 2020 and had to cancel it after only two months due to the pandemic.

Miranda said that the hopeful nature of the song and the fact that it came out right before the pandemic hit ended up being serendipity. “I think ‘Bluebird’ just came at a really crazy time. I think the message of the song, we obviously would never have known what we were writing when we were writing it,” she told the outlet. “But when it became a single, it was kind of the beginning of 2020. So I think it was kind of a little beacon of a song of hope for people. It was for us, so I’m really thankful that it came out when it did, and that it helped people through something.”

“Bluebird” has already brought Miranda accolades, as it won the CMA Award for Video of the Year and was nominated for Single and Song of the Year at the 54th Annual Country Music Association Awards in Nov. 2020. Hopefully she’ll score Grammy wins with the tune tonight!