DIY fans have been using stencils to spruce up their existing tiles which has resulted in some pretty impressive – and cheap -transformations.

But replicating an elaborate stencil design, one woman decided to hand paint her entire bathroom floor instead and instantly regretted it after the third tile. 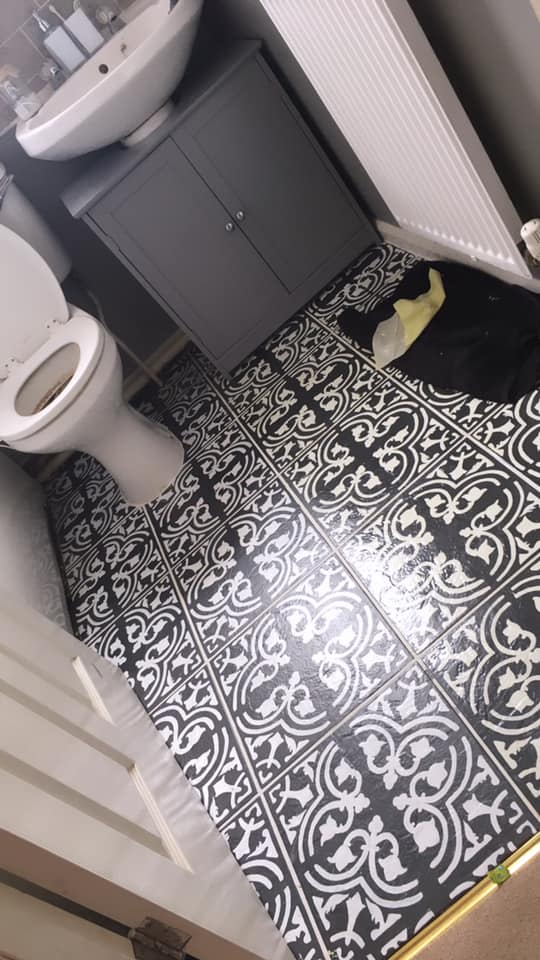 The woman shared snaps of the transformation online where it was met with a huge amount of praise from people impressed by her handiwork.

But she admitted that she hadn't intended on hand-painting the space, instead being forced to after the stencil she'd made caused the paint to bleed.

Posting in the DIY On A Budget UK, she wrote: "I thought I was being thrifty by making a stencil myself but the paint was too thin and kept bleeding underneath the stencil so I gave up and free handed it,."

After spending up to 40 minutes on each tile, she admitted she regretted ever starting it after just three tiles – and with an estimate of 20 tiles, that's a whopping 10-12 hours spent painting the small space. 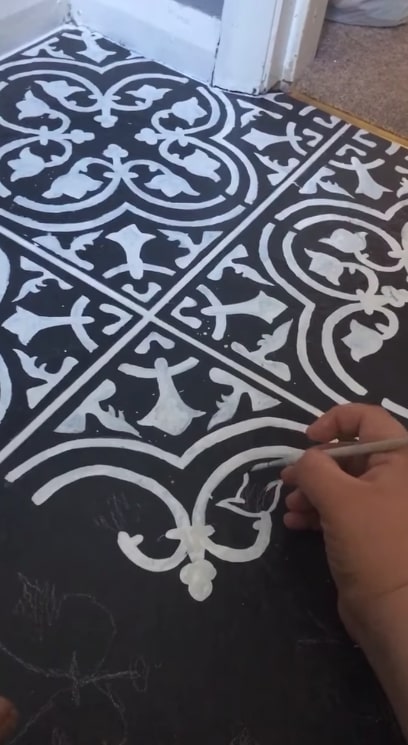 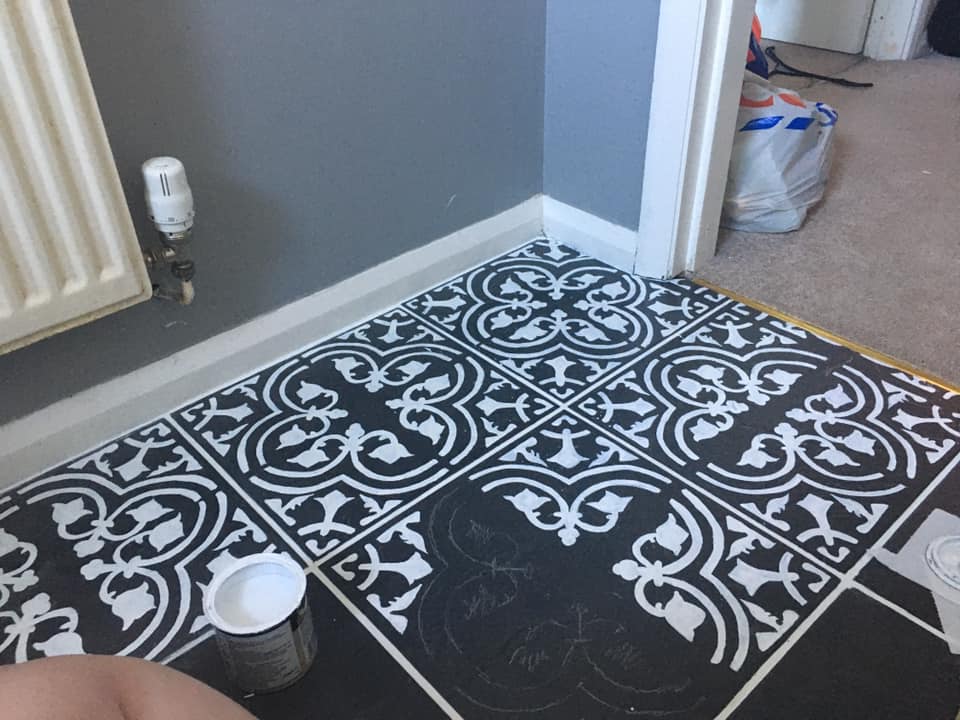 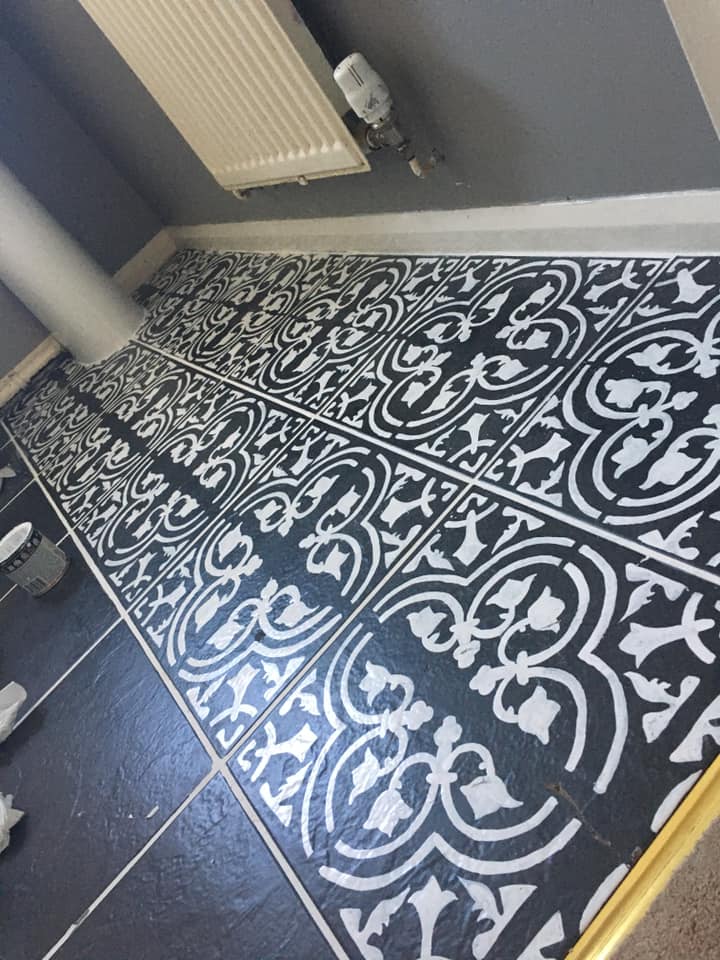 After finally completing the stunning design she said: " I tried sealing it with a floor coating but the paint was scratching instantly, so I made the risky decision of using clear varnish and so far so good."

It seems that her hard work and patience paid off, and didn't go unnoticed, as her artistry left many group members in awe of her talent and new bathroom design.

"Wow a true work of art and passion," one person said.

And another wrote: "Can't believe you did all that by hand wow. Well done you."

Meanwhile others used words such as "amazing,"stunning" and "fantastic" to describe the new look – and we completely agree. 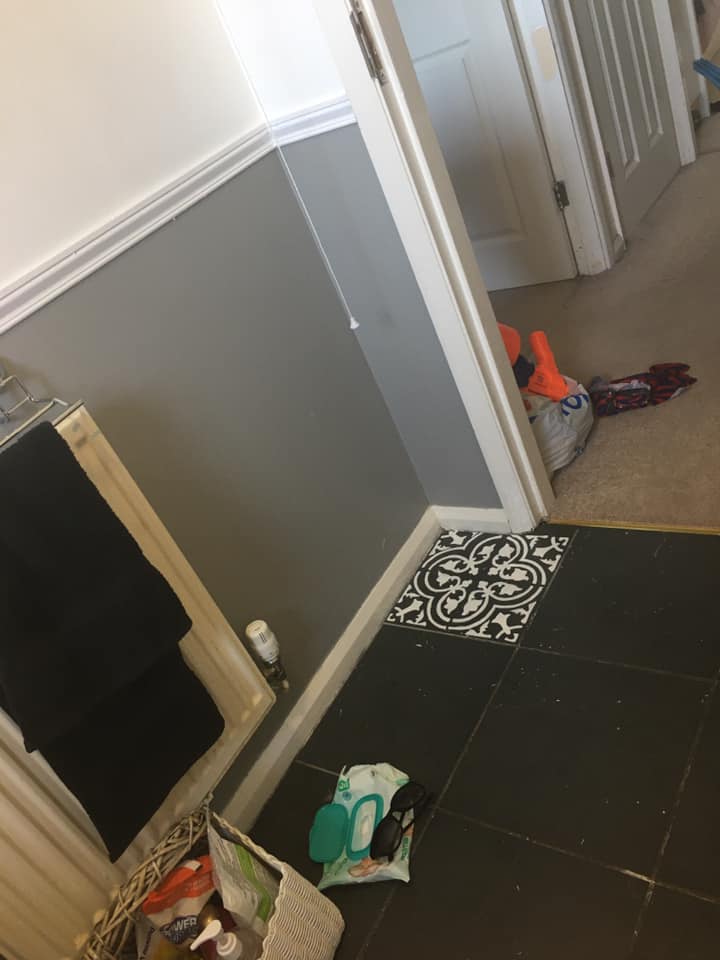 In other DIY-releated news, we also shared how one woman transforms boring backyard into stunning boho space using just a bit of paint and a stencil.

Plus we revealed how DIY fanatics are painting their floors as they try to spruce up their homes on the cheap… and it’s saving them thousands.

Meanwhile a boy, 7, helps build his mum an outdoor sofa and saves her hundreds in the process.