A MUM was horrified after her parenting ‘hack’ backfired – leaving her bathroom and her kids covered in green paint.

Donna Evans, 32, thought she’d come up with a fool-proof way of letting her kids get creative without leaving any mess – by getting them to paint in the bath. 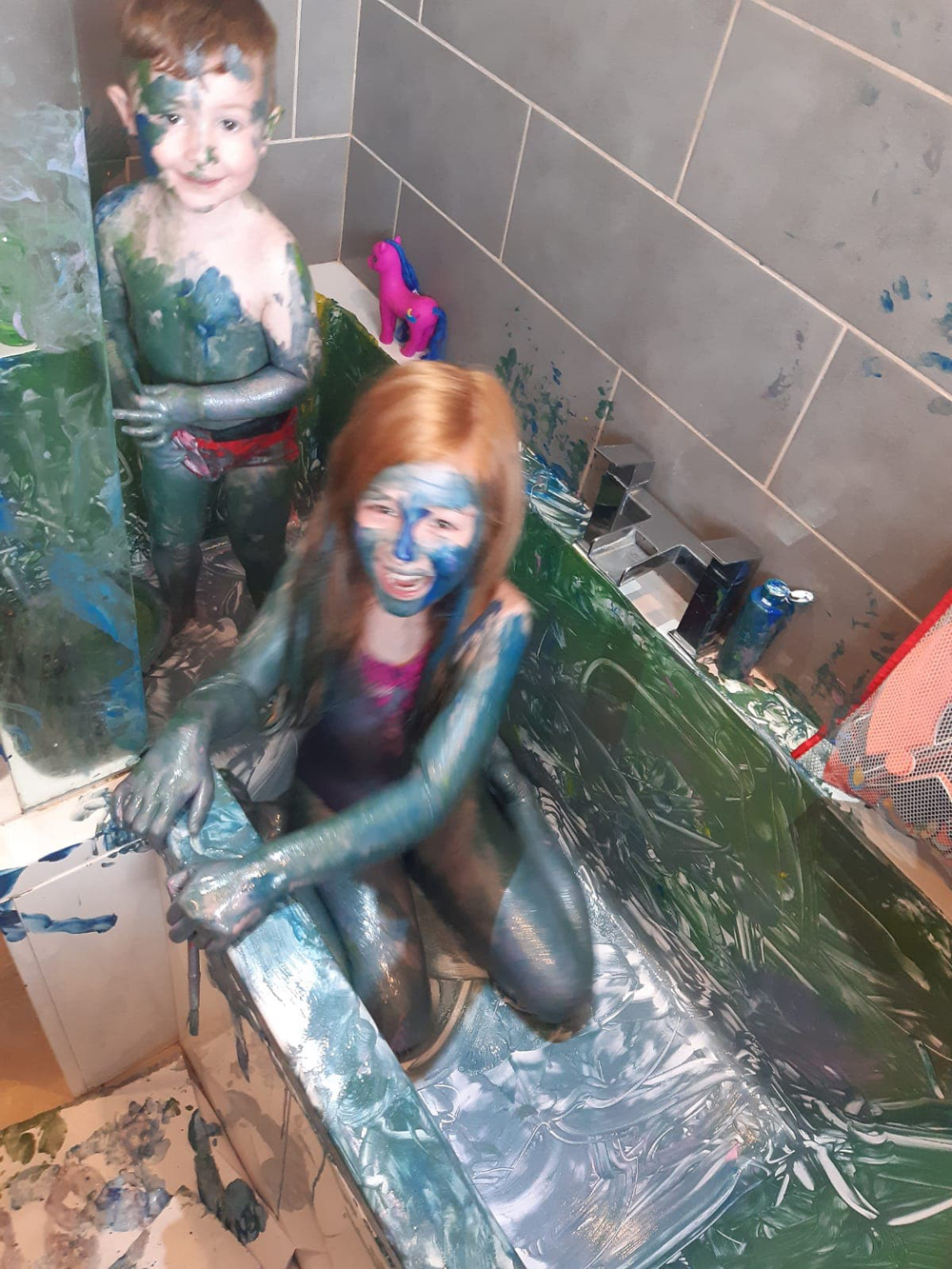 But the mum wasn’t prepared for the sight which met her after Hallie, seven, and Isaac, three, got hold of the entire bottle of green paint while she wasn’t looking.

The youngsters covered themselves from head to toe in paint – including their hair – and gave their bathroom a makeover in the process.

Luckily Donna, from the West Midlands, saw the funny side and snapped her kids as they shrieked with delight, as she geared herself up for the mammoth cleaning task ahead.

Donna, a teaching assistant, said: “The children are  usually quite well behaved. They’ve done things in the past like draw on the walls, but this is a new level. 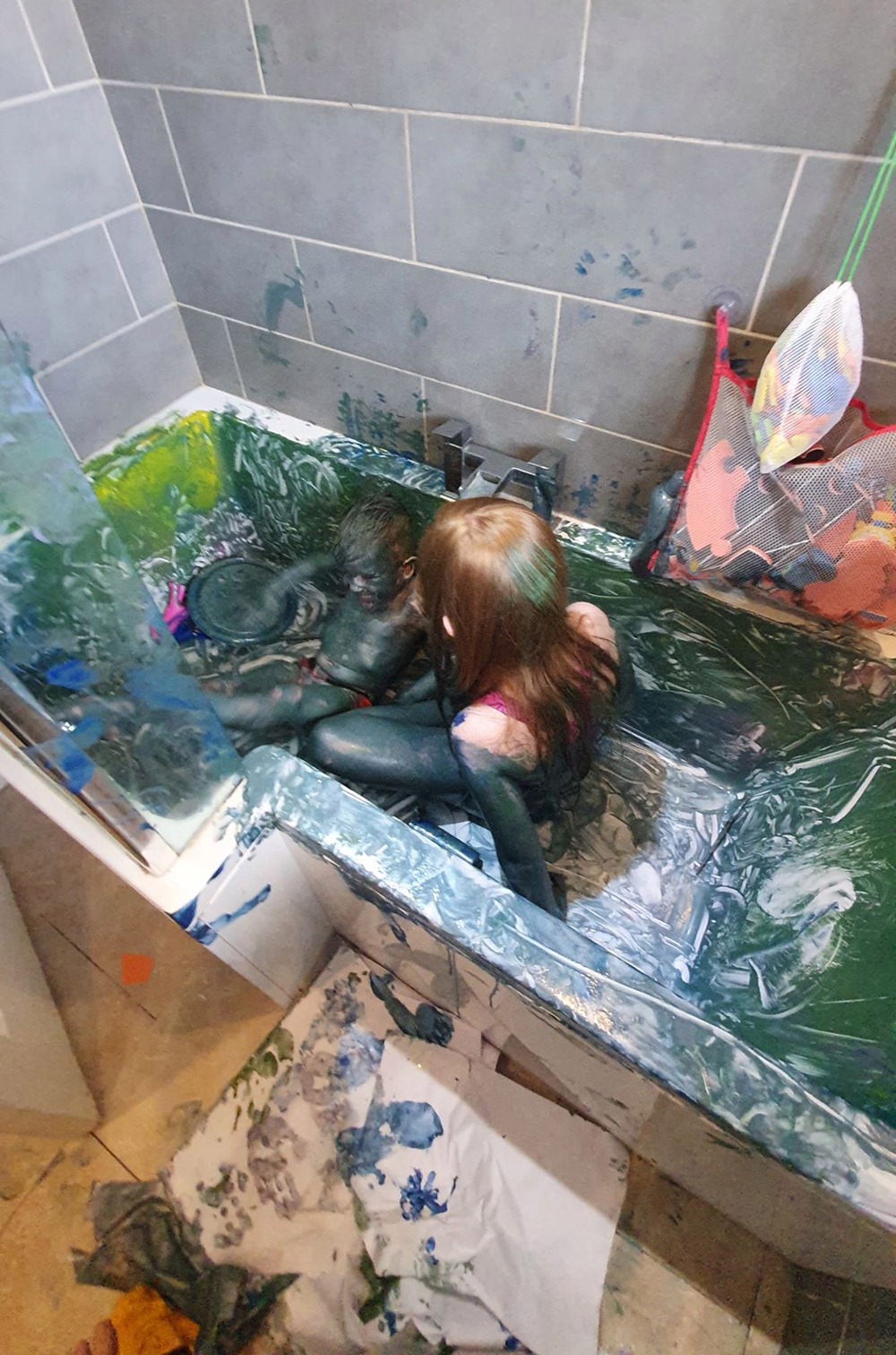 “I didn’t realise it at the time, but I had stupidly left the paint on the side of the empty bath, with the shampoo and shower gel bottles.

“I had no idea where to start with the clean-up. They’d got paint absolutely everywhere.

“Of course, they thought it was hilarious and I ended up laughing with them. They looked so silly, beaming away with bright green skin.” 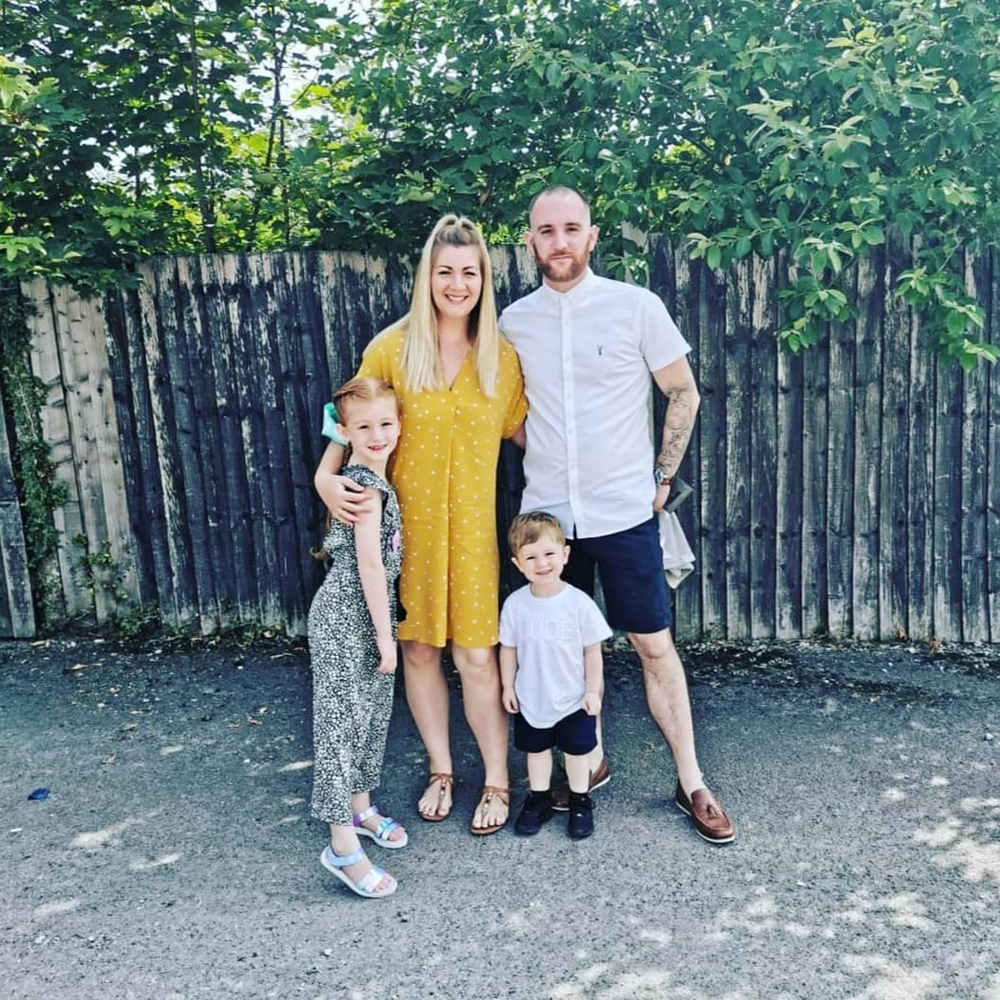 Donna often pops her kids in the tub in their swimwear and gives them paint, paper and paintbrushes, to try and avoid any stains on her carpet.

The mum, who lives with her plasterer husband Kye, 33, said she thought it was a “great hack” to avoid cleaning up any mess.

Donna left the kids in the tub with some paint for around 15 minutes as she took a work call, saying: “I had to take quite an important Zoom call, so I stepped out of the room and sat outside the bathroom door, leaving the kids to it. 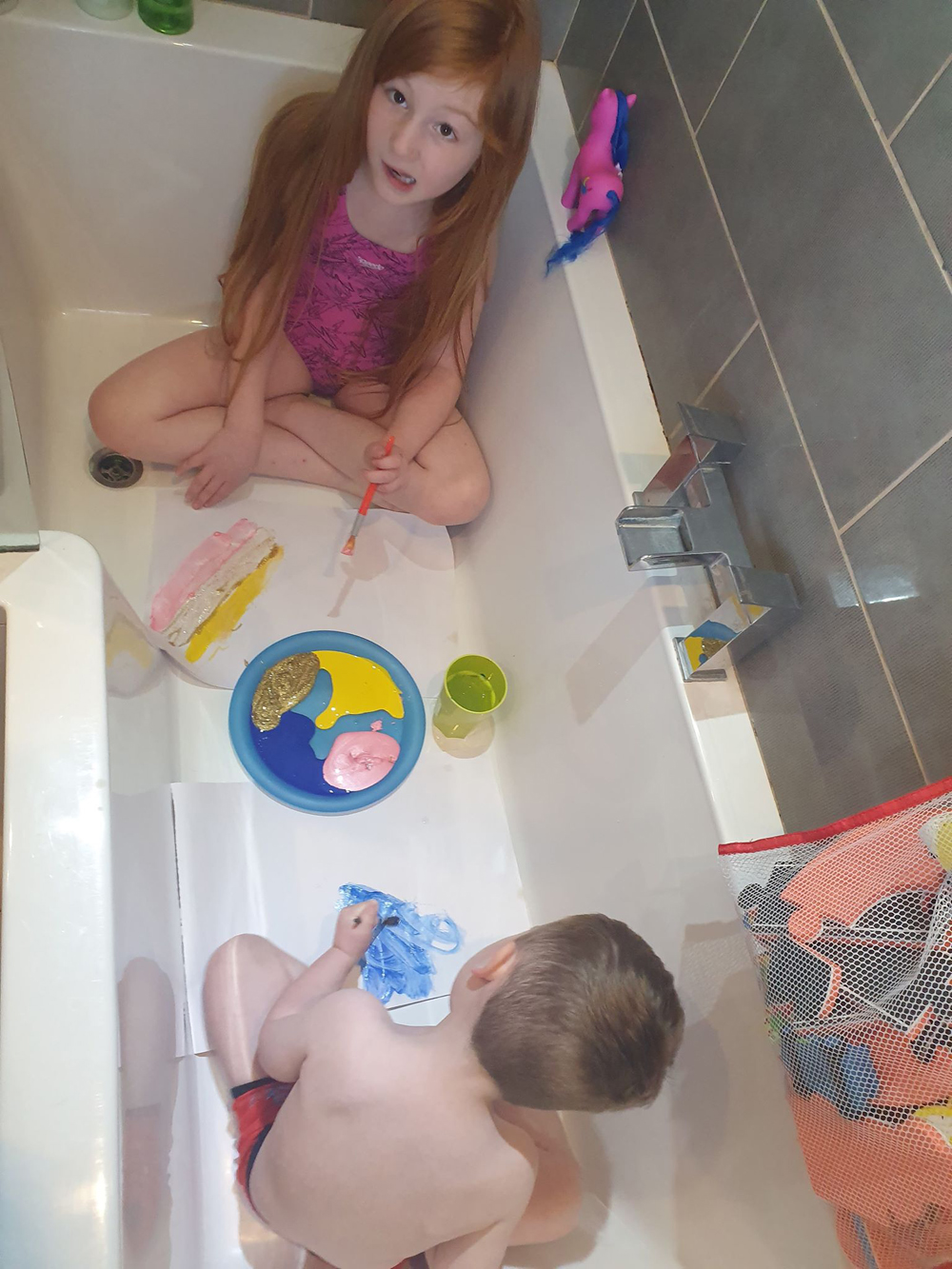 “That way, I could keep one ear out for them and make sure they were okay.

“I could hear them laughing, but assumed it was just them playing and having fun.”

After returning to the bathroom Donna was horrified to find two completely green children in the tub, with the walls covered in green handprints. 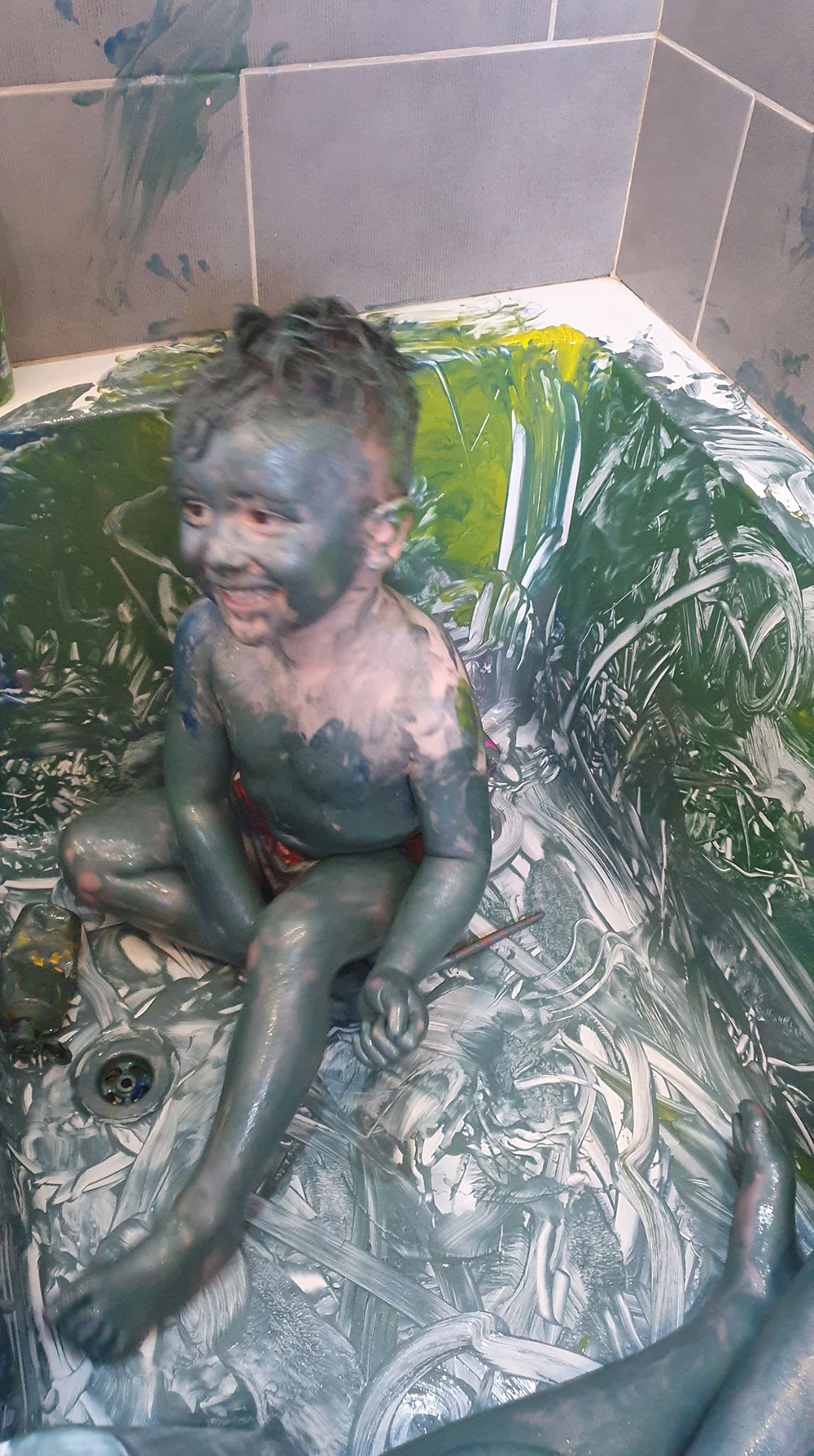 She said: “Hallie had even washed Isaac’s hair in paint! They were covered in it and their skin had a green tinge for a couple of days.

"I had to laugh though. They were only kids being kids.

“I had to fill the bath and rinse off the sides to get the paint away before I could even think about washing them.” 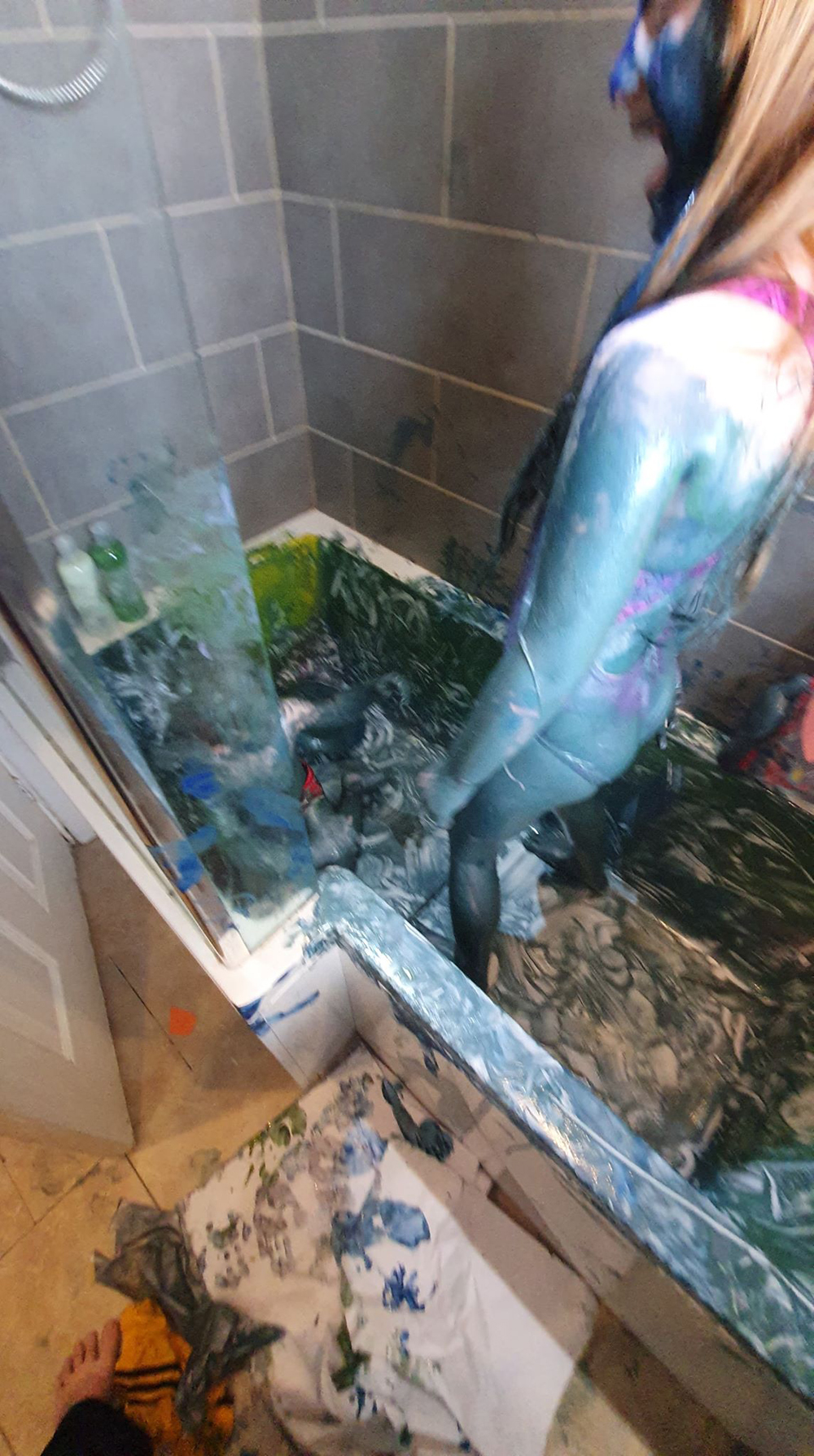 Donna said each child needed three showers to get the paint off them, and even then they were slightly green for a few days.

And luckily her bathroom was only temporarily green, as she managed to restore it using a lot of scrubbing.

She said: “Eventually, it came off the bath too, with the help of some bleach and elbow grease. I’m surprised it didn’t stain. 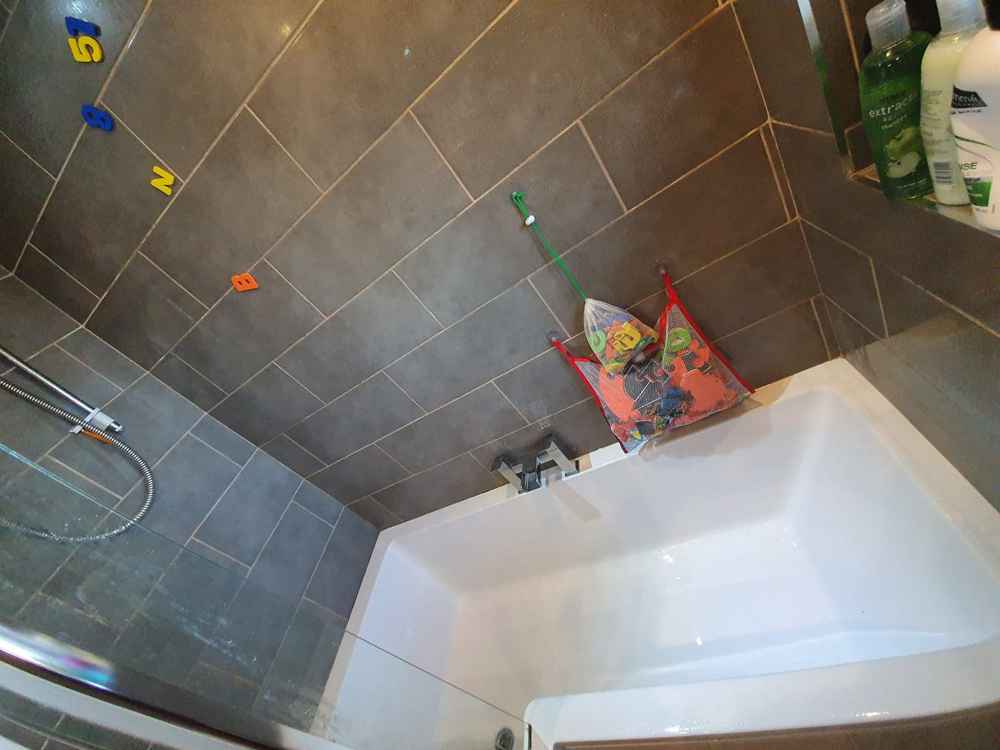 “I watched a lot of Mrs Hinch, the cleaning influencer, videos for tips.”

As Kye was at work, Donna took a load of snaps and a video to show him before she started cleaning up.

She added: “He couldn’t quite believe how much carnage they’d manage to cause in 15 minutes.

“One thing is certain, though, I won’t be giving them paint again any time soon.” 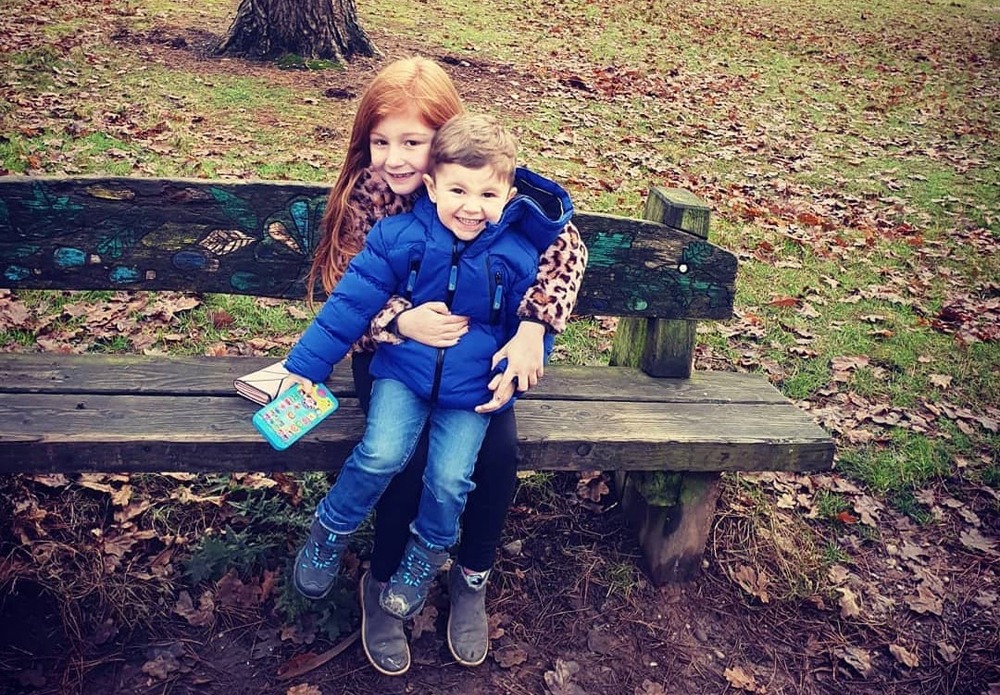 While this single mum who couldn’t find a triple bunk bed built her own using Ikea bargains & people are in awe of her idea.

And this mum who didn’t want to fork out £5k for a new driveway revamps her tarmac with a £20 paste & it looks brand new.