While many business owners can attest to the appeal and reward of entrepreneurship, it’s easier said than done. Thankfully, Old Navy’s latest initiative with the Fifteen Percent Pledge is supporting the rise of Black creative entrepreneurs. The new partnership marks the expansion of Old Navy’s Project WE series, a growing collection of t-shirts designed by diverse artists to create a more inclusive world through art. With the help of the Fifteen Percent Pledge, Old Navy will work to ensure Black creatives are included in the ongoing series.

“I know firsthand how artists and designers from marginalized groups have been historically excluded from opportunities to scale their businesses,” said Aurora James, Founder of the Fifteen Percent Pledge, in a statment. “This project gives artists a chance to increase their visibility as business owners and social impact leaders. The partnership will also support the Pledge’s efforts to expand access and opportunity for Black creatives, and take us another step closer to building a more equitable retail industry.” 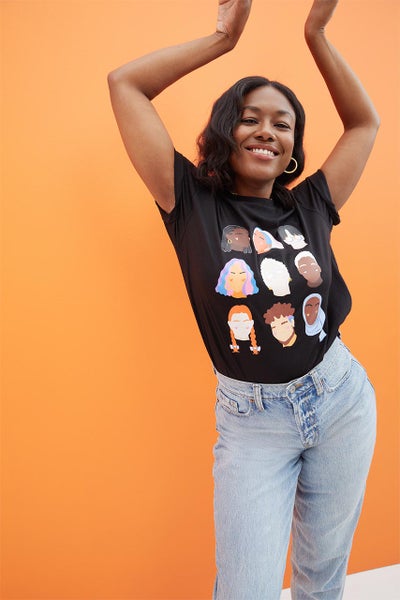 The latest iteration of Old Navy’s Project WE series kicked off with two new designs including a t-shirt designed by Shanée Benjamin, a Brooklyn-based artist. Her design features a grid of diverse faces that were each sketched with nods to Pride culture to honor the LGBTQ+ community.  “I wanted to give my characters life and give voice to different ethnicities, communities, and people to really show the diversity and beauty in our community,” said Benjamin.

According to studies shared in the official release, over 85% of the works in all major U.S. museums belong to white artists, and work created by African-American artists have only made up 1.2% of the global auction market for over the past 10 years. As a result of the lack of representation of Black artists, Old Navy is doubling down on their commitment to create a more inclusive future by also donating $500,000 to the Fifteen Percent Pledge to go towards programming to support Black business owners and creative entrepreneurs. 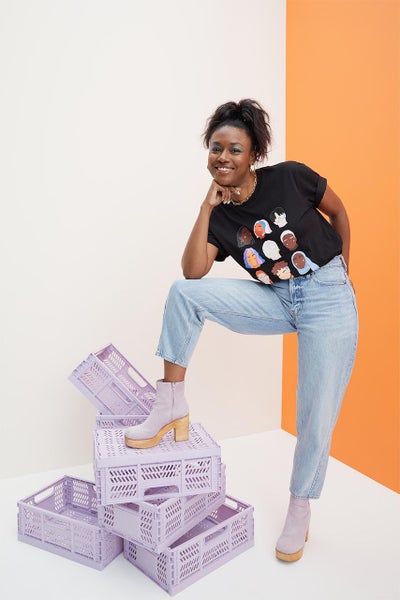 The new designs introduced under Old Navy’s expanded Project WE series with the Fifteen Percent Pledge are available for purchase now on oldnavy.com and in stores.