Artists are crafting kooky, made-from-scratch cakes to exhibit on Instagram. 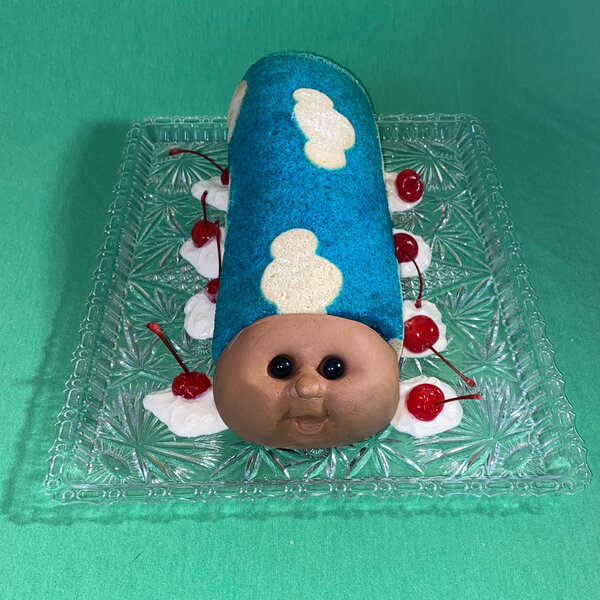 Back in March, when isolation and homebound boredom were novelties, many Americans fashioned themselves into folksy sourdough bakers. Come June, making bread loaves, cookies and cakes took on new urgency, as professionals banded together to raise funds for organizations that support and defend Black lives.

All the while, many artists and amateur bakers had been creating confections at home, not out of practicality or as part of a campaign, but for art’s sake. Their cakes, which draw on the absurdist Jell-O mold tradition of 1950s homemakers and revel in gross-out palettes, reflect ideas about gender, power and respectability.

“This practice of feminist baking has a long history in galleries and museums, such as with Martha Rosler’s film ‘Semiotics of the Kitchen,’ which was a way of tending to women’s everyday creativity as a form of art making,” said Kyla Wazana Tompkins, a gender studies professor at Pomona College who has written about the intersection of food and aesthetics. “I see these new cakes as a continuation of anarchist femme baking,” a tradition that skirts the “violent form of perfection,” as she put it, in favor of something “aesthetically promiscuous.”

Claire Geddes Bailey, 24, an artist and avid home baker in Vancouver, first displayed her cakes at a gallery back in February. When the pandemic began, her Instagram account became a place to continue to show her work in public.

“During a time where we can’t really celebrate birthdays in the same way or go to galleries, the cake sculptures are a nice way to still be able to share,” she said. (Many art spaces have since reopened, though with limited capacity.)

Unlike the meme in which a pristine pickle or onion is revealed to be a cake, these versions are intentionally imperfect, with their crinkly — sometimes crude — piped icing and psychedelic color palettes. They’re ephemeral, edible art made from scratch and often include a hodgepodge of botanical ingredients or whatever’s in the fridge. For instance, @_Cake_For_Every_Creature_ recently shared a cake made using black sesame seeds, cornflowers, and white nectarine slices; @Cakes4Sport combined a chocolate-sumac-cocoa cake, finished with orange curd and Aleppo pepper.

One could imagine fantastical preppers or a kooky woodland creature might partake of these delightful desserts (the term “goblincore” has been thrown around, and the style has been described by its proponents as a slimier, less-refined take on cottagecore). Many of the cakes and their decorative elements, such as Becka Heikkila’s sentient, beady-eyed fondant characters, take on a folkloric life of their own online. 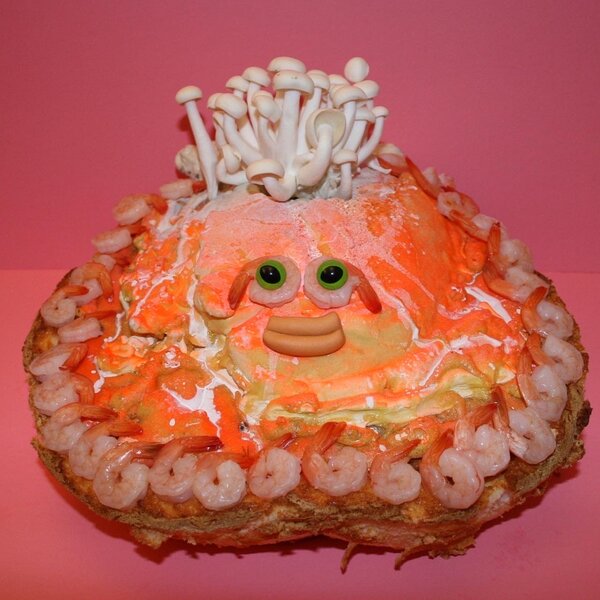 Hyun Jung Jun, a candle maker and artist in Chicago, said that each of her cakes, which she posts as @dreamcaketestkitchen, has become “its own landscape” (a recent one featured a sprouting purslane branch) and a way to romanticize escaping to the natural world during a time of profound destruction and loss.

“The mini trees have a meaning of growth and taking care of each other in a time like this,” she said. “But the larger message I’m seeing in this movement is that people try so hard to be perfect on Instagram. It’s nice that these cakes are unpretentious and a rejection of that.”

This particular style of maximalist ornamentation has inspired several spinoff fan accounts, including @_hoe_cakes_. Sara Sarmiento, an illustrator in Miami, created the account last year when she was unemployed. “Now that people are spending more time at home, I’ve noticed a big increase in submissions,” she said.

“Users will tell me they’ve never made a cake before this, but my account made it so they felt inspired to try it during quarantine,” Ms. Sarmiento added.

Agatha Monasterios-Ramirez — a Brooklynite who runs a smaller fan account that reposts from accounts such as @spiral_theory_testkitchen (a self-proclaimed queer food collective) — said that this style of cake making has helped form a new online community.

“It’s a style of baking that I can see myself more in than others,” they said. “In the queer and trans community there’s so much history of feeling left out of the narrative. Part of the appeal with these cakes is valuing those offbeat combinations of colors and flavors that not everyone will ‘get.’” This style of cake-making, they said, “is chaotic but also sensual and beautiful — it feels especially relevant to this moment.”