Home » Beauty and Fashion » Primark worker reveals all, from crowds at the £1 thong table to people returning USED undies

Primark worker reveals all, from crowds at the £1 thong table to people returning USED undies

NICOLE Scott was excited when she turned up for her first shift in Primark.

Like many shoppers she's a fan of the massive chain which has been closed since March 22 and – aside from third parties selling a select few items on Amazon – doesn't offer online delivery. 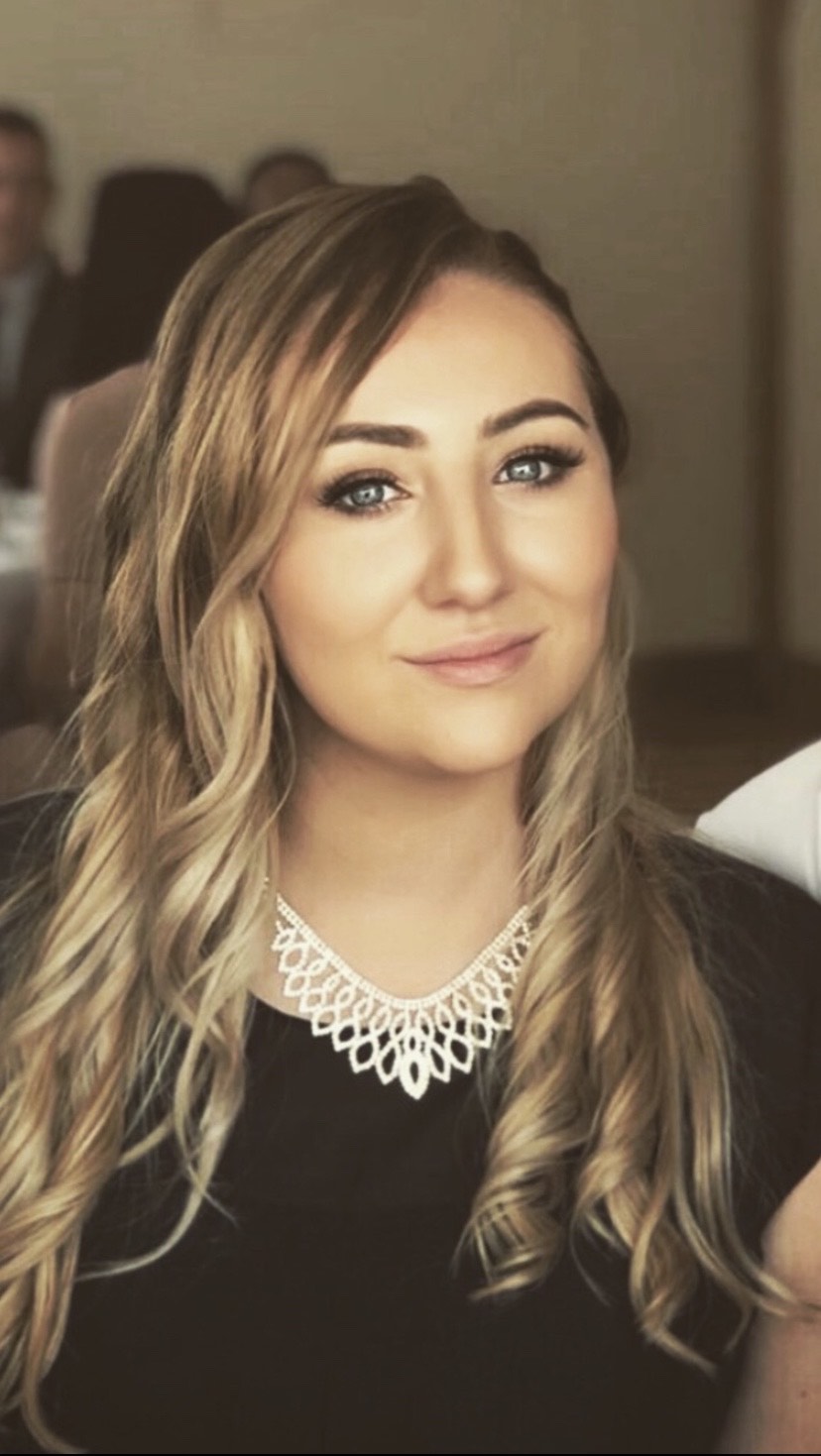 Entire Mumsnet threads are dedicated to it with one mum summing things up when she wrote: "Dear daughter has had a growth spurt and I want to let her run amok and buy lots of new things that won't cost me an arm and a leg."

So many were delighted when it was announced on June 15 that Primark will be opening 153 stores nationwide although with every other till closed, marshals on door and hand sanitiser stations, among other safety measures.

The news led to one woman claiming she was planning on spending her 21st birthday there.

Others have joked what Primark's grand reopening might be like, teasing in a meme it could mimic a festival with bodies jostling everywhere.

But former Primark employee Nicole Scott, 28, from Bedford, who worked in her town's store, fears social distancing might be tricky upon reopening – purely because it is so loved.

"Ijust know people love it so much that social distancing will be so tricky, however hard they try," she told Fabulous.

"Everyday there was manic. Saturdays would be crazy. There would be crowds of people heading towards the till, shouting and calling out.

"Can you really social distance in those circumstances? I know they will try their best, but Primark was manic." 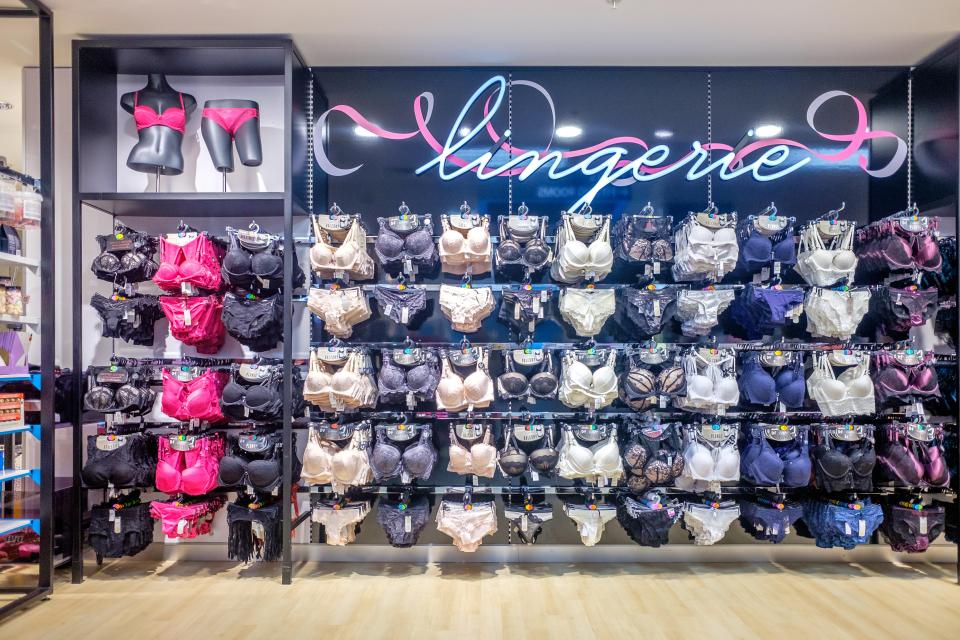 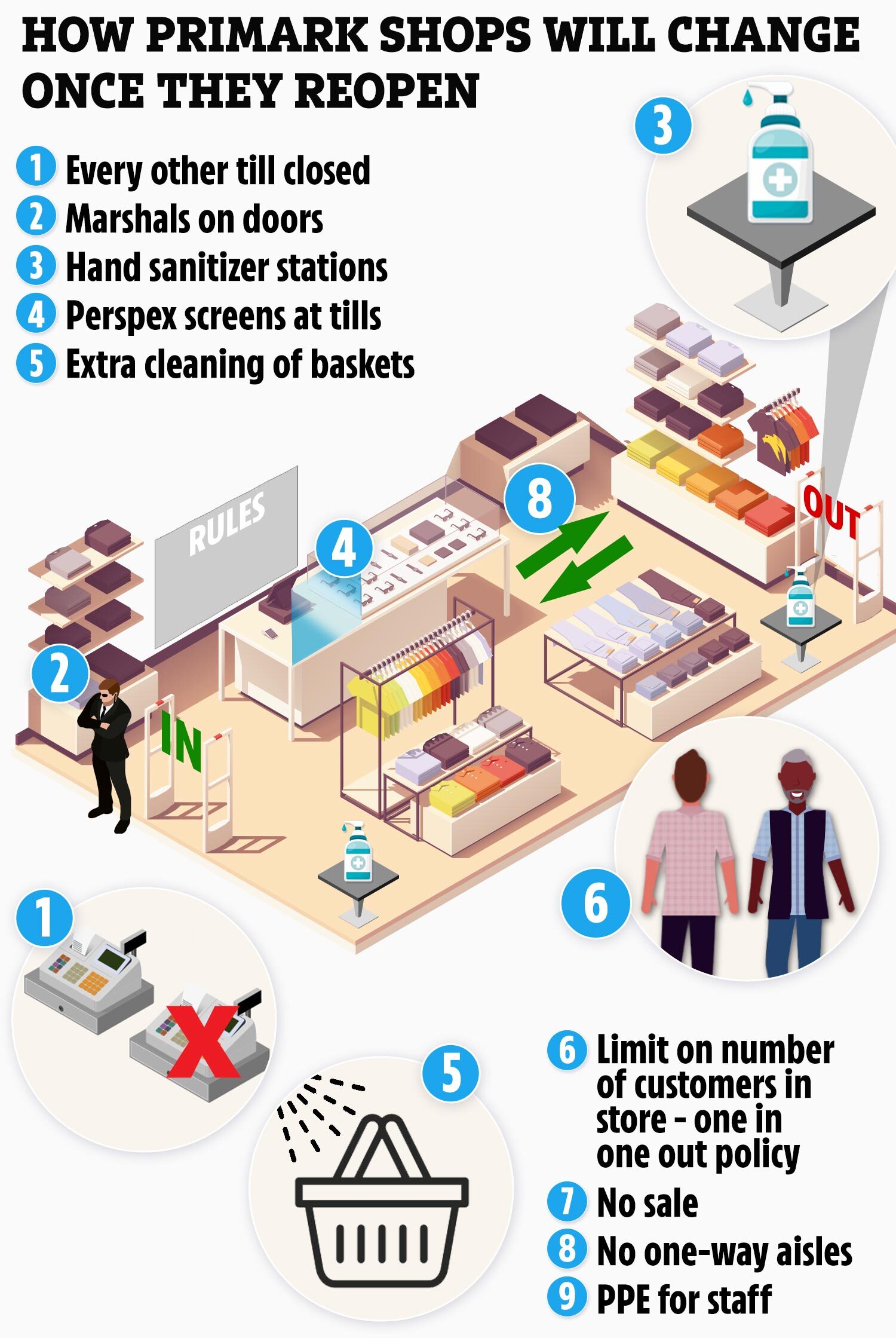 She told how her job interview went well. "The woman was lovely. But as soon as I started, I knew things would be difficult," she said.

"The staff wanted the shop to be tidy.

"The entire shop could be ransacked within minutes."

Nicole, now working for a different company and in a relationship with Luke, 27, told how she worked in the jewellery department – which was a nightmare.

"Quite often you would be sent to the backroom to untangle necklaces which have got tangled," she said. 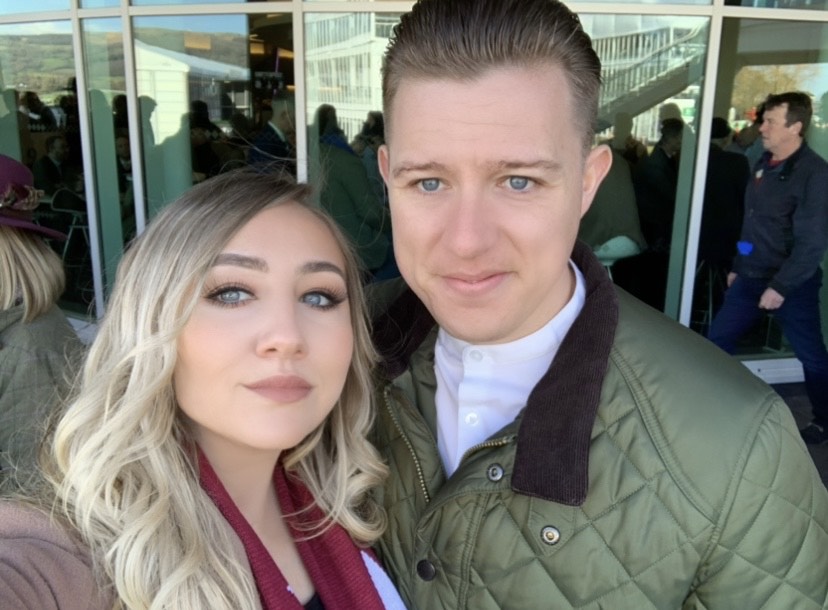 "I spent hours unpicking them.

"It was really, really slow going. And they were only worth about a £1."

She told how the storeroom was a no-man's-land of different stock.

"People would ask for something in a different size and my heart would just sink," she admitted. "Because no-one ever knew where anything was.

"You just got deliveries, no one really knew what was in stock.

"You could open a box and it would be a bag of jumpers or shoes… it was challenging to say the least."

Another problem was people returning clothes.

It was usually fine… but once someone returned used underwear with all the tags cut off. Obviously we couldn't accept that. They were pretty angry.

"It was usually fine… but once someone returned used underwear with all the tags cut off. Obviously we couldn't accept that. They were pretty angry."

She said other customers got angry if things went through the till at a more expensive price – even if it was just 50p dearer.

"No one swore at me, but people were rude and could be very shouty," she said.

"And you would get a lot of people stealing. Even when I was young we had to walk them up to security.

"The main thing people would nick would be small things – jewellery, socks and pants." 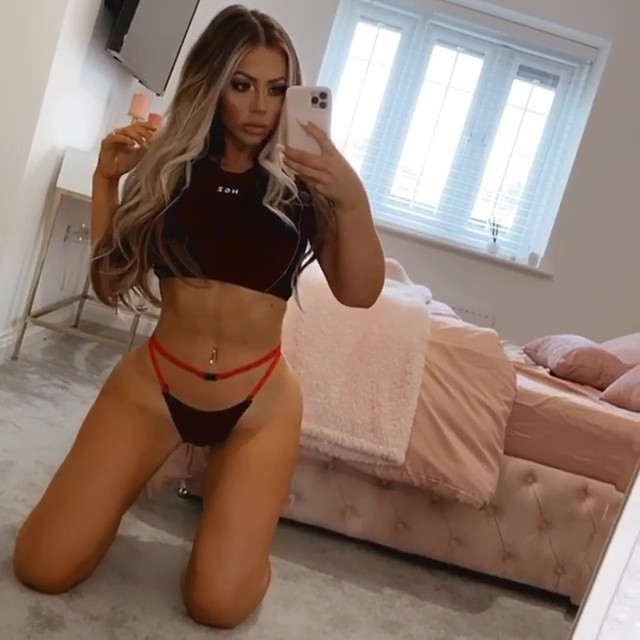 Nicole said there was a cult around Primark and some people were back in week after week – often buying the same things.

"They would be carrying six or seven baskets and would have loads in them, they must have spent all their money in there," she said.

"It was tiring work. You would be dealing in a queue all day, then 15 minutes before closing would be rushed back to your departments to clear up. It worked like a military operation.

"By the end of the day we were exhausted. There would be no way I could go clubbing." 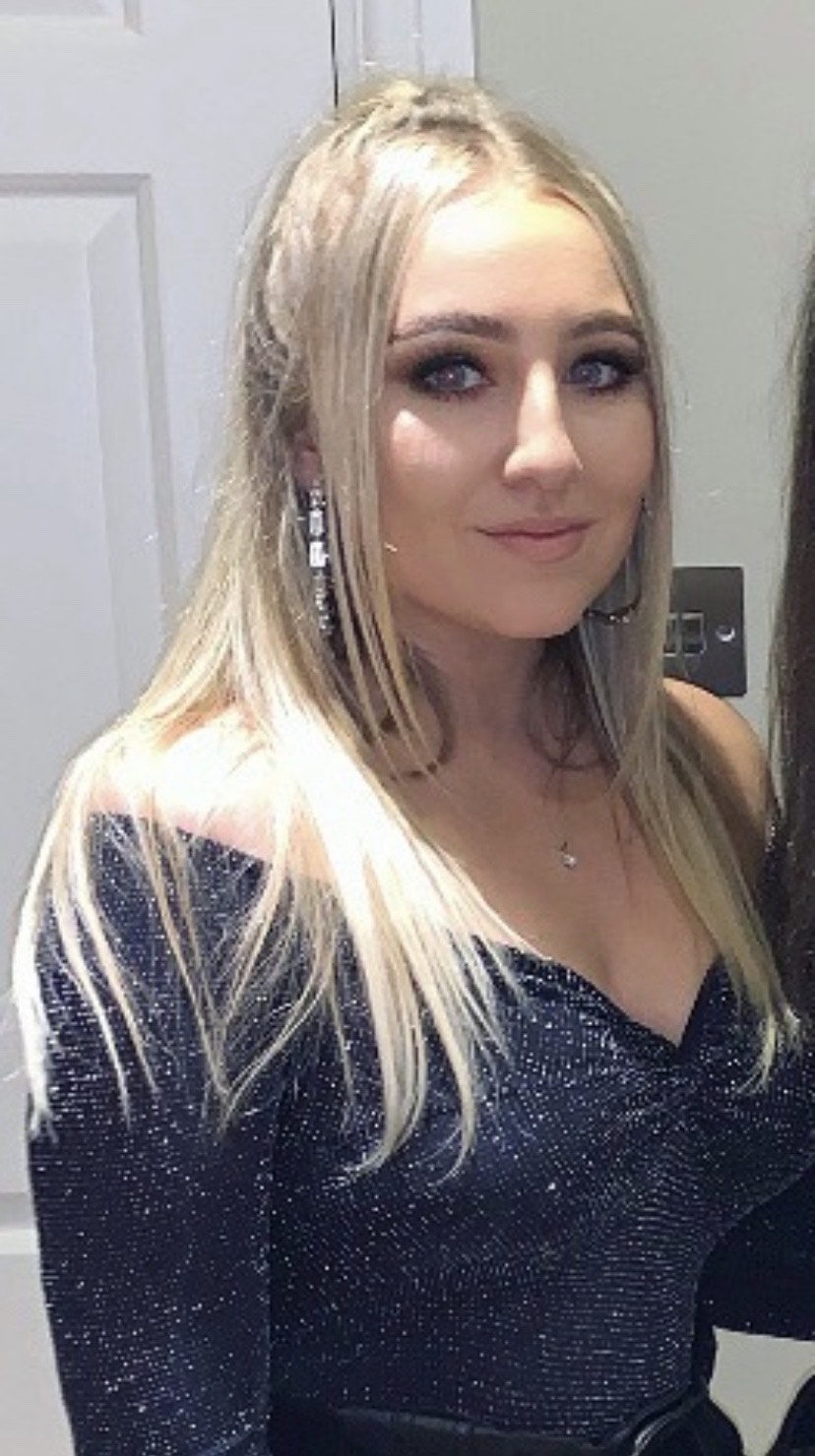 Nicole's not the only Primark worker to have spilt the beans on working there.

Grimsby Live anonymously spoke to some former staff earlier this year, with one person deeming it "like a jumble sale".

Another added: "The customers are rude, excessively. In my opinion, they can lack any secondary school knowledge and lack any human decency."

We know that life for our customers is going to look different for a while. We want our stores to be safe and reassuring places to shop and work.

“As we reopen our stores in England, nothing matters more than the health and well being of our colleagues and customers," he promised.

“We know that life for our customers is going to look different for a while. We want our stores to be safe and reassuring places to shop and work.

"While it might take a little longer to get into our stores, once inside, customers will find all their favourite Primark products and we have worked hard to make sure that clear signage and extra help will be there to guide them through the changes we have made to allow for social distancing.

“We will adopt all government safety advice as a minimum in our stores and have benefited from our experience in the other markets in Europe where we have already opened successfully. As we open, we will continue to look at best practice across the retail sector and amend our measures appropriately."

In other fashion news, we told you where all the celebs get their lockdown loungewear.

We also revealed how a woman was left horrified when she tried on a PrettyLittleThing bikini and discovered the bottoms barely covered her privates.

And this is how to wear comfy culottes whatever your body shape.

Related News:
TV and Movies
TV Ratings: Sunday Night Football Steady, Simpsons Dominates Rest
'Yellowstone': Paramount Network Rebrands to Focus on Movies — What Does That Mean for Season 4?
The Chase player stuns 'The Beast' Mark Labbett by changing tactics 'at speed' in 'record' game plan
Lucifer fans call out confusing plot hole with the devil's immortality after tense shoot-out in season 5
'NCIS' Season 18: Maria Bello's Departure Doesn't Mean Gibbs and Sloane Won't Find Love
Recent Posts
This website uses cookies to improve your user experience and to provide you with advertisements that are relevant to your interests. By continuing to browse the site you are agreeing to our use of cookies.Ok