Home » Beauty and Fashion » Royal crown: Why didn’t Queen Rania of Jordan have her own crown?

Royal crown: Why didn’t Queen Rania of Jordan have her own crown?

Who is Queen Rania?

Queen Rania is the Queen Consort of Jordan.

She was born in Kuwait to a Palestinian family, but moved to Jordan for work.

The Queen is known for her advocacy work in education, health, community empowerment, and more.

With King Abdullah II of Jordan, she has two daughters and two sons. 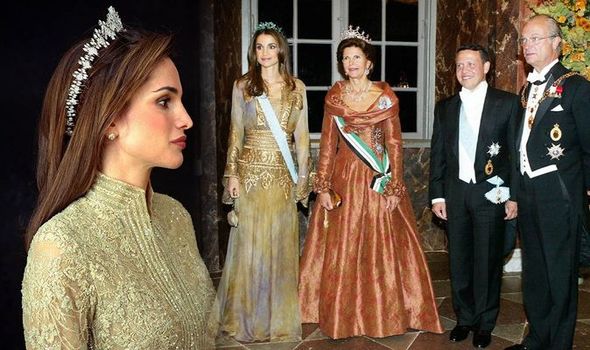 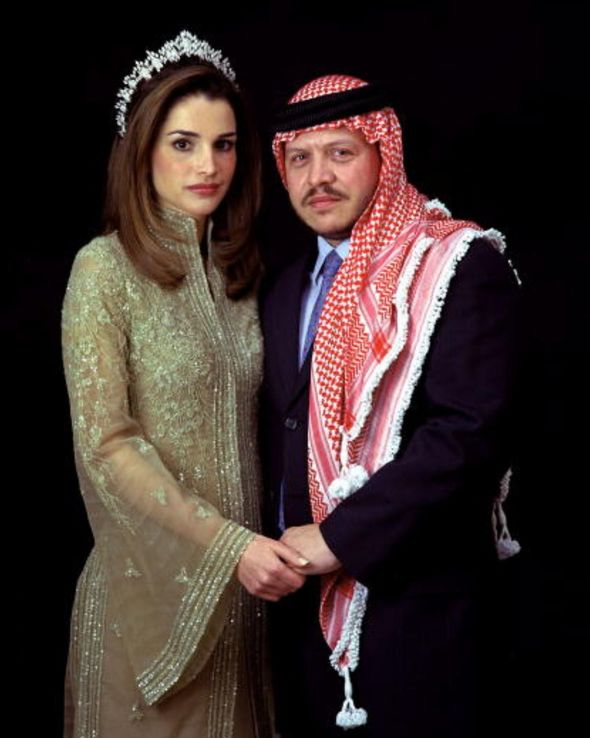 How did Queen Rania become queen?

Her husband ascended the throne when his father died in 1999, and gave Queen Rania her title.

Without this proclamation, she would have been a princess consort like her mother-in-law, Princess Muna al-Hussein.

Why didn’t Queen Rania of Jordan have her own crown?

Queen Rania is both praised and criticised for her reputation as a fashion icon.

She wears dazzling tiaras at special events, but she did not get her first one until 2003.

This is her most famous tiara, and was made by French luxury jewellery house Boucheron.

The piece is known as ‘the Emerald Ivy’, since it looks like the ivy plant.

While this was the first tiara made for Queen Rania, it was still believed to be a loan from the Firm.

She has worn the tiara only a couple of times since. Once for a State Visit to Sweden in 2006, and another for an official portrait.

However, it is unknown why the Queen had to wait so long for some royal jewellery of her own.

Before this, the Queen was seen donning Queen Alia’s Cartier Tiara, which she borrowed from her sister-in-law, Princess Haya.

This stunning piece originally belonged to Queen Alia, who died in a helicopter crash in 1977. It was left to her daughter, Princess Haya.

She wore it at a gala dinner in Madrid in October 1999, among other occasions.

Compared to other monarchs across the globe, Queen Rania has a relatively small tiara collection. 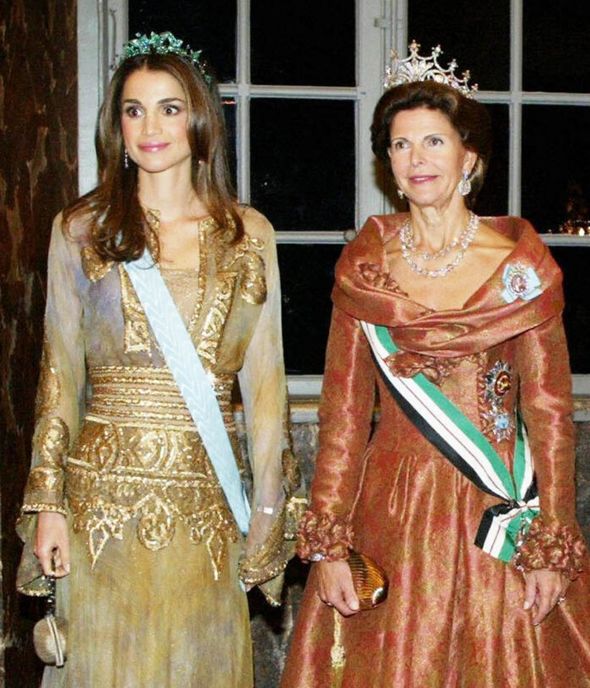 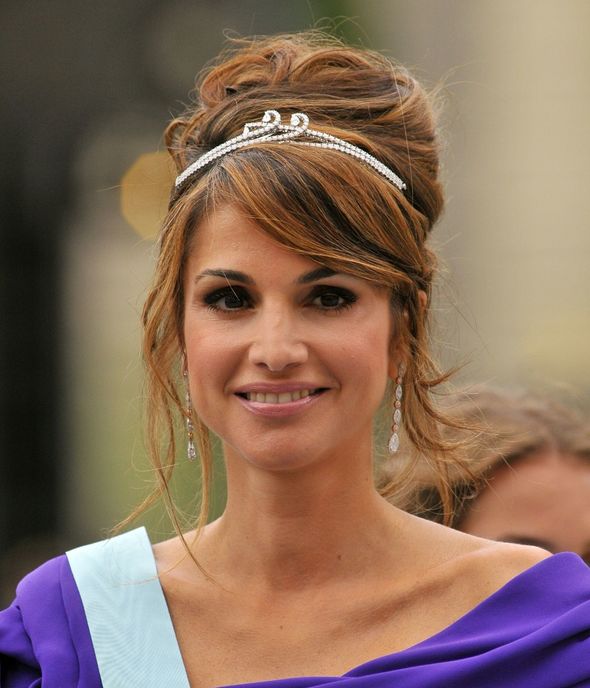 The Boucheron Bracelet Tiara is delicate and simple. It is made up of three drop diamonds, dangling from a swirl.

The tiara features two rows of diamonds, and was made for Queen Rania in 2010. She wore it at 10th Anniversary of King Abdullah’s Succession in 2009, the Wedding of Crown Princess Victoria in 2010, and the Jordanian State Visit to Belgium in 2016.

The Arabic Scroll Tiara is extremely intricate. It is made up of 1,300 pear-shaped diamonds and set in white gold.

The tiara rises to a point, and features the ‘Allah is Great’ prayer in Arabic script.

It was made in 2005 by one of Rania’s favourite jewellers, Yan Sicard, and given to Queen Rania by the King.

This headpiece has only been worn a handful of times since, including for a Vanity Fair photoshoot in 2008.