A SAVVY woman saw that her local Spar was closing down, and she saw an excellent real estate opportunity.

Despite the building being run-down, Elizabeth Williams, 55, had the instincts to know she could do something brilliant with the property. 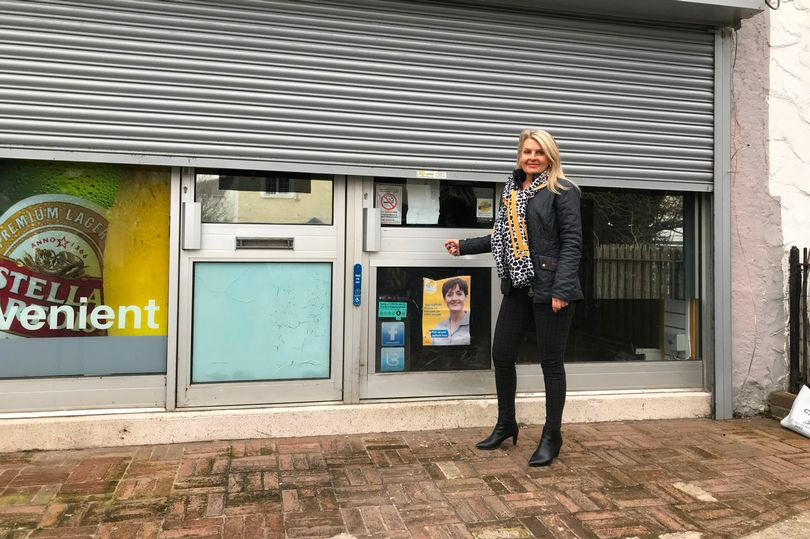 She told Wales Online: "When I saw it, I instantly knew we had to buy it.

"For many years, I've had a fascination for old buildings, especially buildings with some history behind them and it's always a bonus if it is located in a conservation area, as many of the original character and features remain.

"Four years ago we renovated a hayloft on Clevis Hill, just up the road from the Spar, so we already had a feel for the area.

"Initially I knew we could design something with a contemporary feel which would fit in with the character of the existing properties in the village, a place that includes a variety of designs." 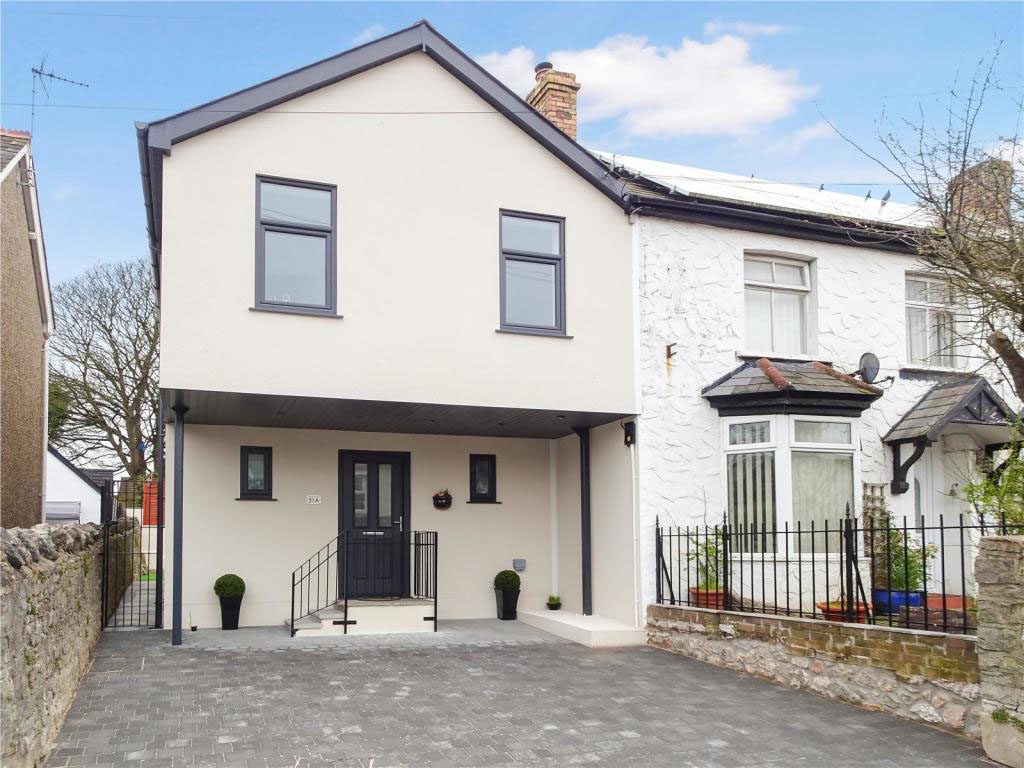 It wasn’t all plain sailing, as the property needed some serious work.

Elizabeth explained: “It was totally derelict, with no amenities, very dark and dingy, extremely wet, but I couldn't wait to get started.

"Friends and family thought we were mad, and couldn't believe we were taking on another project involving a derelict building.

"Overall the residents in the local community were extremely pleased that the building was going to be restored from its derelict condition."

Elizabeth, who is originally from Port Talbot in Wales, had to secure planning permission in order to change the site from commercial to residential. 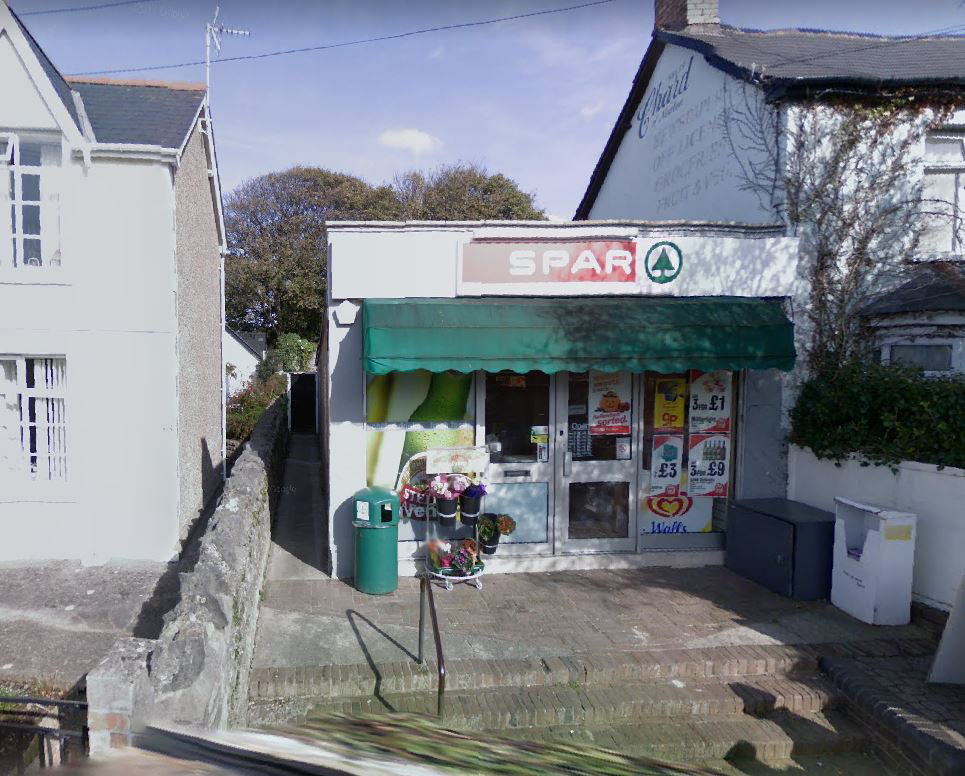 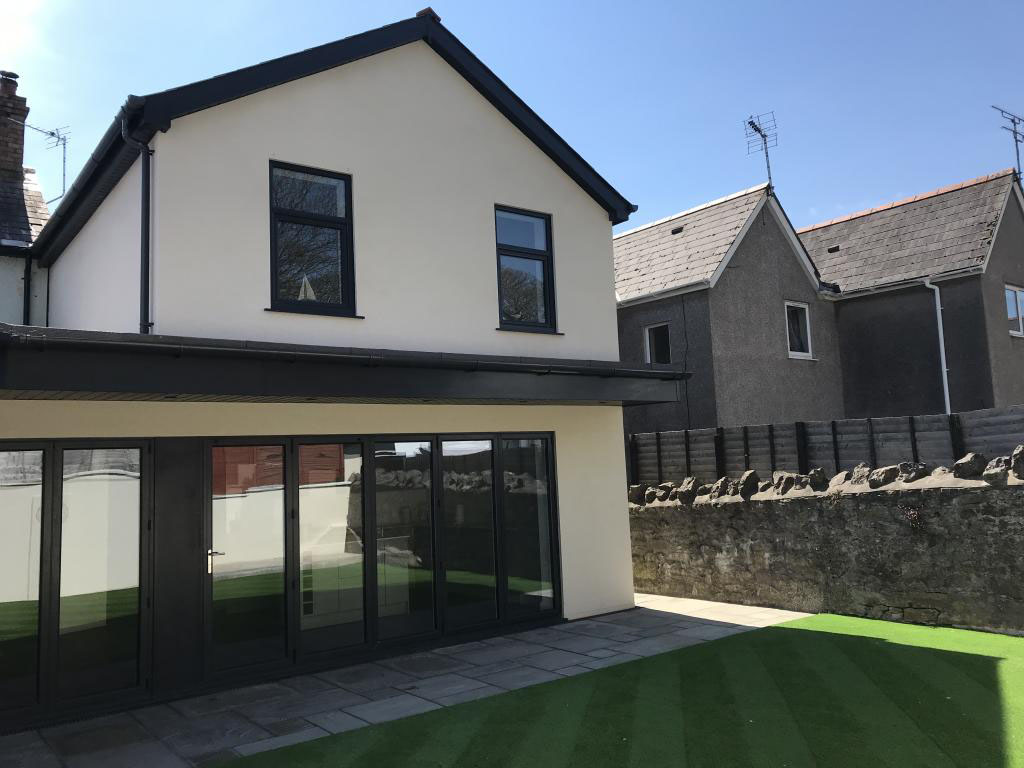 This process, she said, had “certain challenges”.

She explained: "The design had to meet a certain criteria set out by the planning department.

Elizabeth was truly able to exercise her creativity after all this was sorted, and over the course of seven months she demolished and rebuilt the property. 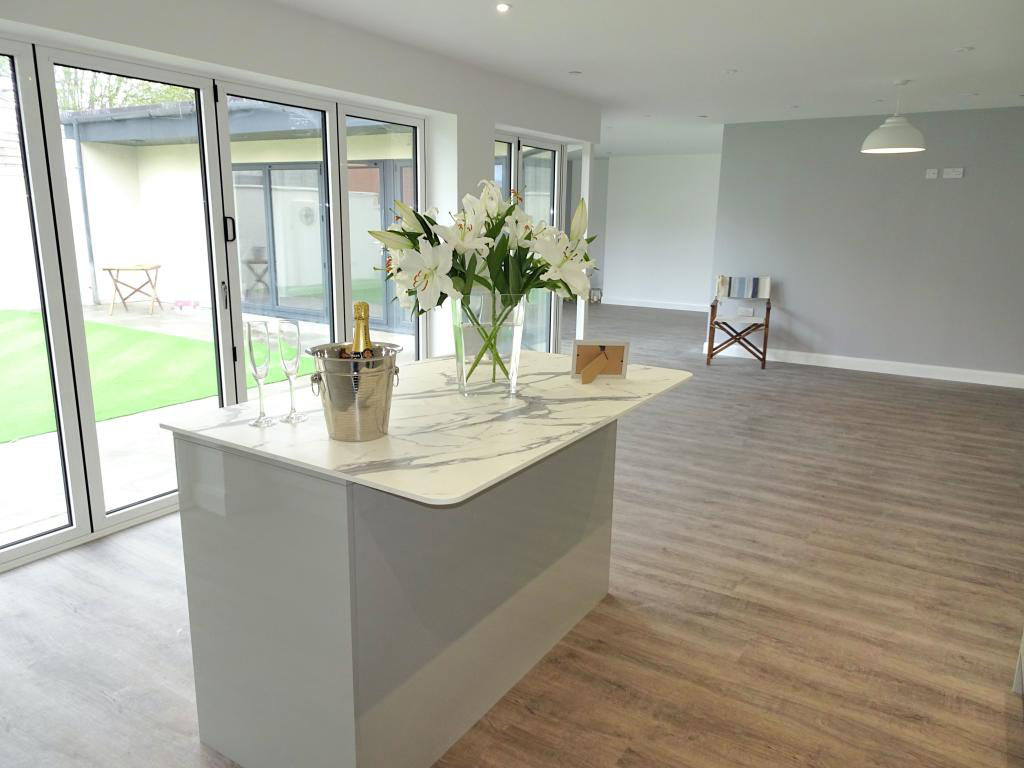 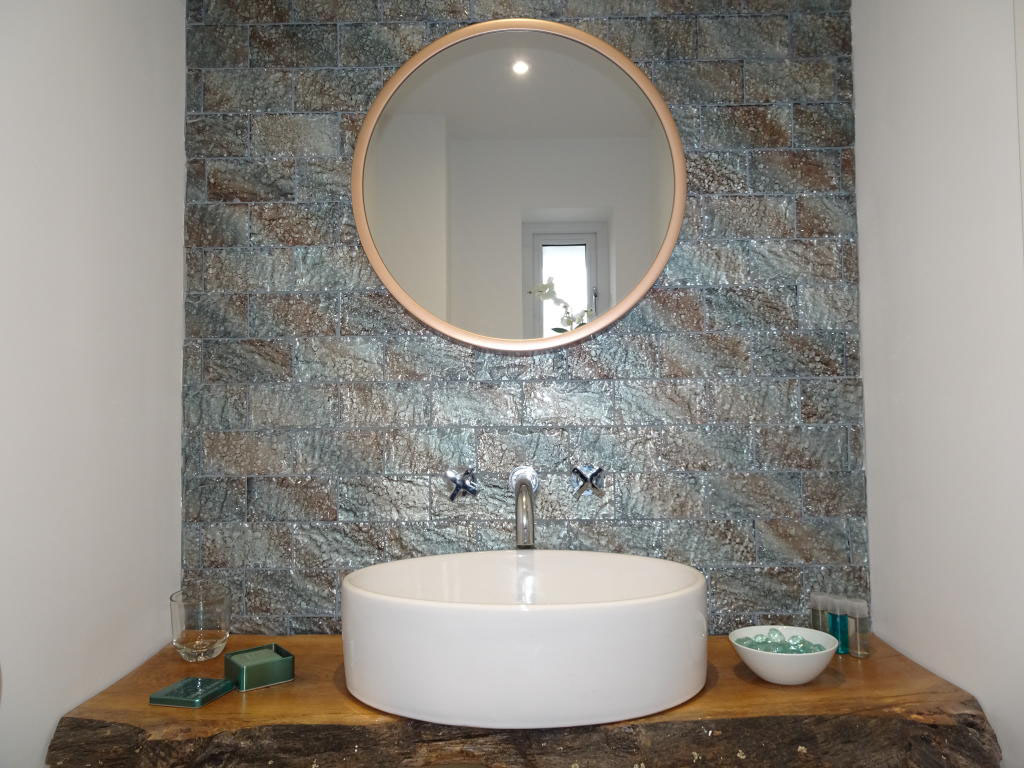 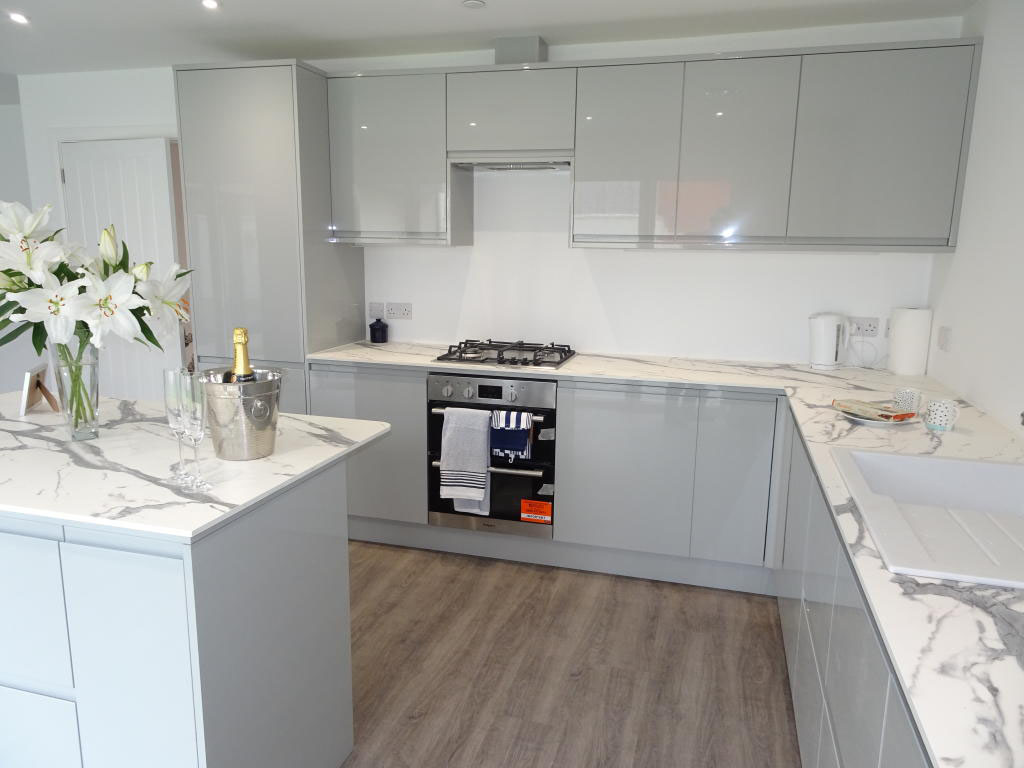 She had to lay a new foundation, as her new build would be two storeys, unlike the one-storey shop that had stood there before.

She also had to work on separating the drainage system from the building next door, as it had been attached to the Spar.

Elizabeth explained: "Due to the close proximity of the neighbouring property a party wall agreement had to be put in place too which ensured certain stipulations were met which served everybody's interests.”

The pandemic, however, is what really slowed things down.

She said: "However the main challenge then appeared in the form of COVID-19 and building had to stop.

“This delayed the project for a considerable amount of time as not only were our builders refrained from working there was also a dearth of building materials when they eventually resumed as the building suppliers had no stock."

Fortunately, Elizabeth was able to work on her build and the stunning results speak for themselves. 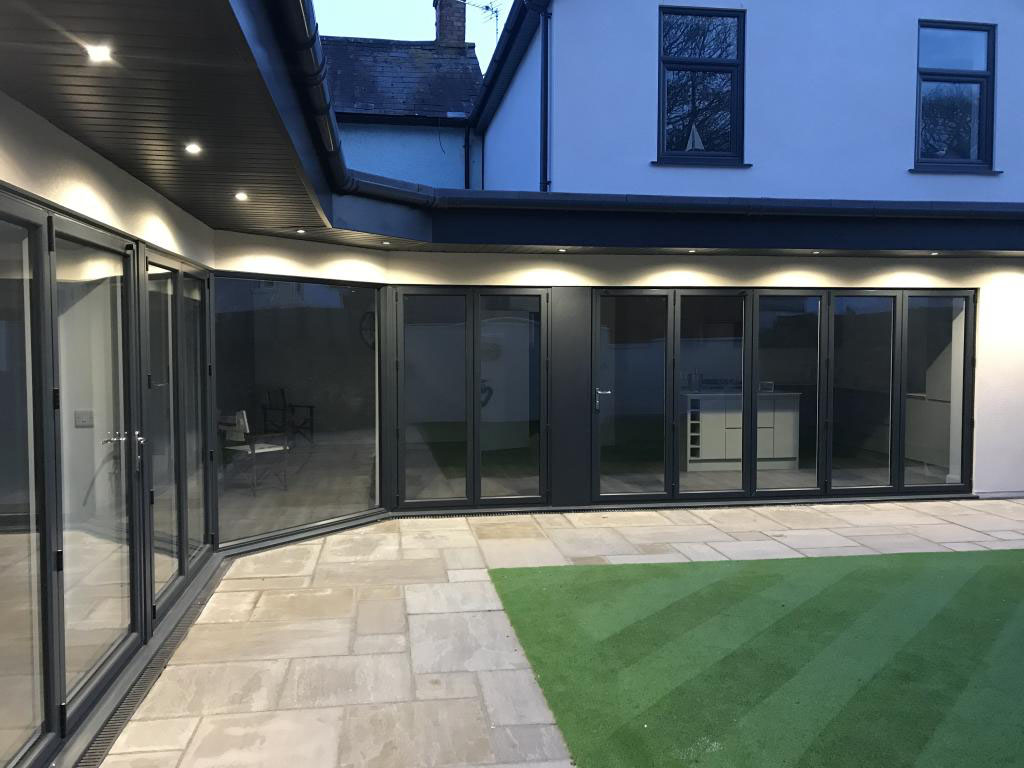 She said: "I wanted to create something with a coastal feel, being so close to Newton beach, so we discussed the matter with our architect Peter Lee and tasked him to design a property encompassing this.

“He came up with the boathouse design and that's how it evolved."

With help from her architect, Elizabeth created a design inspired by the traditional A-shape of a boathouse.

The house now contains a spacious entrance hall, room for an office, an open-plan kitchen, a longue and a bedroom with ensuite all on the ground floor.

Elizabeth said: "I wanted an open-plan design with a contemporary feel. The kitchen is of linear design and I feel it is the perfect fusion of functionality and style.

"The units are lacquered high gloss in light grey, with integrated handles J-Pull style, and marble effect work surfaces and I think its sleek design sits seamlessly within the room."

Elizabeth said: "My favourite space is the open-plan kitchen overlooking the garden that oozes tranquillity, but maybe my favourite feature is the locality – being so close to the sea and situated in an area of so much history and character."

For more home transformations, this is how Stacey Solomon transformed baby Rex’s bedroom on a budget – from £10 Amazon stickers to DIY chalkboard wall.

And this DIY fanatic quoted £500 for new worktops gives hers a B&Q makeover for just £21.

Plus this woman quoted £450 for her hallway does it herself for a fraction of the price with eBay bargains.