STACEY Solomon's "tap to tidy" posts have won her 4.6 million Instagram followers, a book deal and a firm friendship with Mrs Hinch.

But this isn't unique in her family, where older sister Jemma, 33, aka The Label Lady, is also making a career from organisation – with Lord Sugar recently investing in her business. 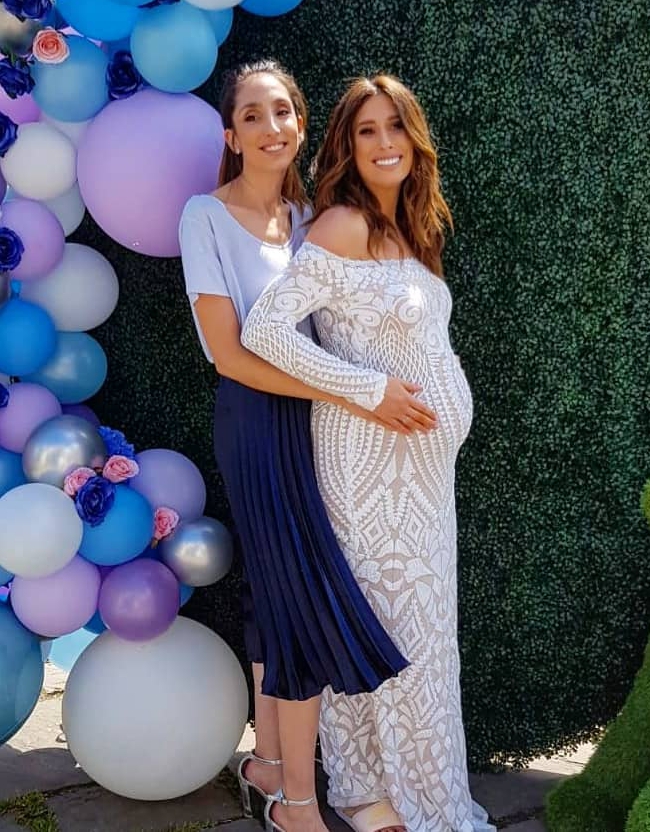 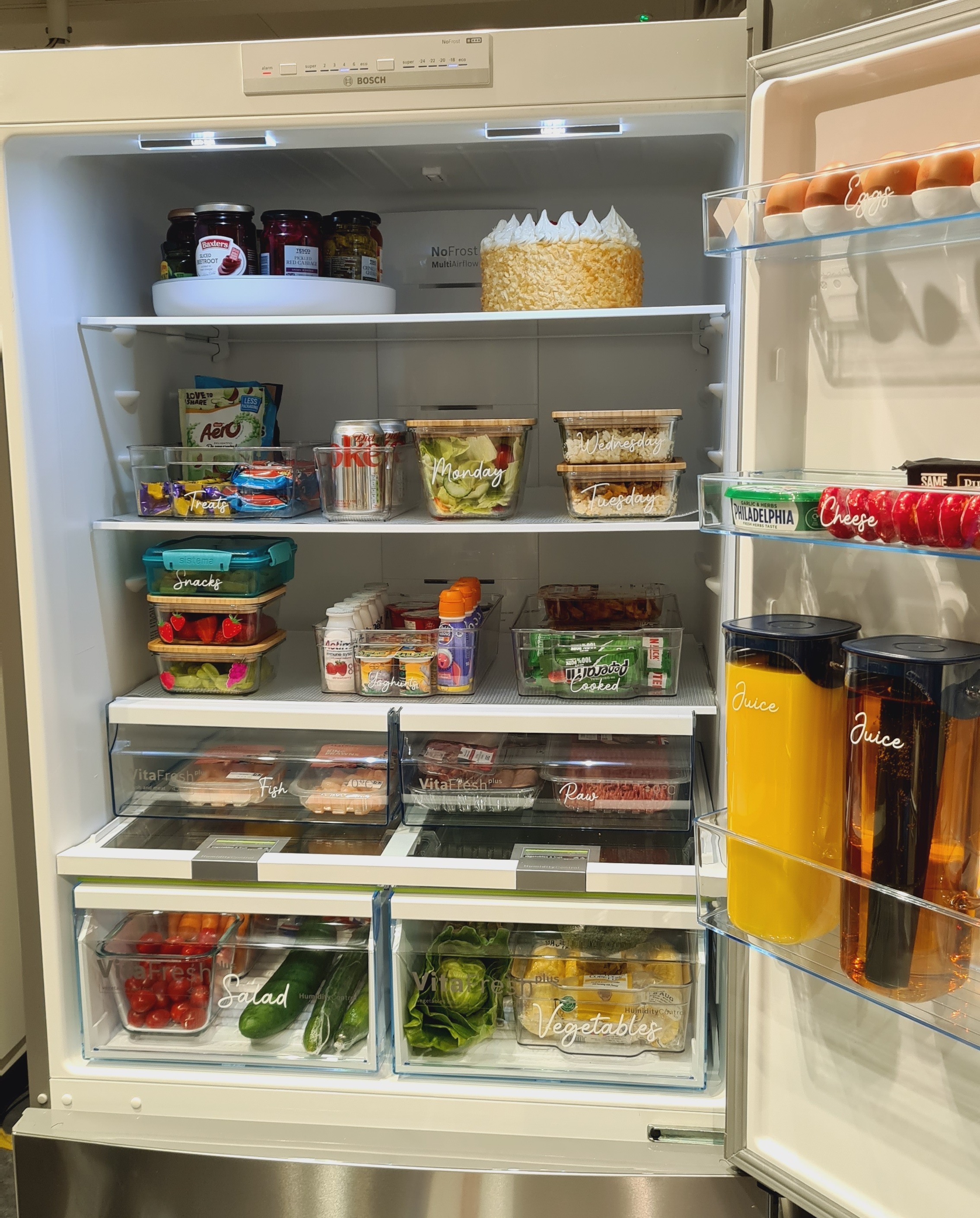 Jemma is speaking to Fabulous for the 'Bosch your fridge' campaign, after 38 per cent of Brits admitted a cluttered fridge meant they wasted food, and therefore hard-earned cash.

And the mum-of-three says it's no coincidence both she and Stacey, 31, have found success in the industry.

She explains: "We’ve always been like this. It's something we've grown up with. Our mum's very organised and we laugh about how my dad likes to load the dishwasher, it’s very methodical.

"If you’ve got one plate out of turn, that’s it, you’re banned from loading the dishwasher.

"When I look at my family, it almost feels natural that now it’s playing out in real life.

"I love watching my sister re-use stuff or take junk and make it into something. I think it's amazing. She's a normal person having an influence, so I think that's lovely, it’s really relatable."

Like Stacey, Jemma lives in Essex with her husband Lee, 36, and kids Darcy, eight, Mila, six, and Hudson, three.

She adds: "I don’t even know who caught the bug first, I feel like we just bounce off each other.

"We both bought houses quite a few years ago, so we’ll both do things and then the other one will say ‘oh that’s a good idea’. It's a sisterly, helping relationship.

"I have a Lazy Susan in my fridge. Stacey introduced me to it, she has them in her cupboards, and then I had the idea to use one for my sauces.

"In lockdown, I made her some labels for her fridge because she loved mine and how it was all laid out. Then she had the idea to use day of the week labels for food prep, which I I loved and now use in my home.”

Stacey and I have always been very organised. It's something we've grown up with. When I look at my family, it almost feels natural that now it’s playing out in real life

To keep their home organised, Jemma and Lee do a big sort out every November and then before each of their kids' birthdays.

The mum donates any neglected toys twice-a-year, admitting she "doesn't give them a choice" as they already have too many things.

She explains: "In November, we go through all the toys in the children’s drawers under their beds and stuff.

"We will de-clutter them, sort out toys and clothes to go to charity. I give away as much as I can and make sure it's either given to a new home or reused in some way.

"Then that’s clear space for another thing. Before birthdays are another good time to do a big clear out." 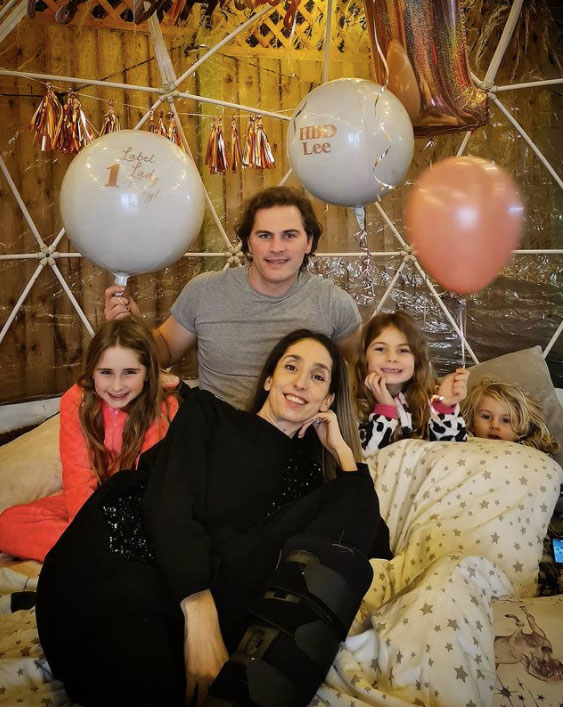 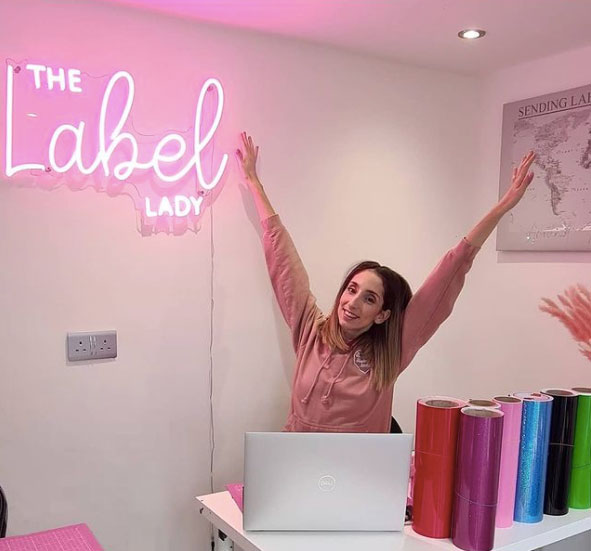 Asked how she negotiates donating toys with the kids, Jemma admits: "I don’t really give them a choice if I’m honest with you.

"I explain to my children 'you have lots of toys, we cannot keep them all, there are children in the world without, so once we have finished playing with them, the kind thing to do is give them away for someone else to enjoy'.

"There’s some things they’re attached to and that’s fine, if you’re in love with that teddy then I’ll let you keep that teddy.

"But it’s about compromise. If you want that teddy but you’re not playing with it, then we’ll make a decision.

"I’m quite strict at birthdays and Christmas. I'll say to family ‘can you give them some money so we can get something bigger in the future?’ But if it's a birthday party with friends then I know they're going to get presents."

I donate the kids' toys and clothes before Christmas and birthdays. I don’t really give them a choice

When it comes to school mornings, Jemma lets her kids dress themselves and encourages her daughters to read the labels inside their wardrobes, instead of her laying clothes out.

She says: "With school uniforms, my two girls are at reading age so I’ve labelled all of their drawers.

"Now they know where everything is. I can say ‘go get your knickers on, go get your uniform, get your socks on’ and they can go and find it themselves.

“I think that’s a really good tip, it’s good for them because it helps them to learn to read, and promotes independence.

“The quicker they can learn to become self-sufficient, it frees you up and gives you back a bit of time in the morning.

“Huds helps to dress himself too, but I’ll lay his clothes out the night before.

"It sounds really silly, but it helps to order school socks in one box and day socks in others. They’ll always try and wear their patterned socks to school otherwise.

"Around the house, everything has a specific home which means it’s there when you need it, that helps save me time.

“And I’d really recommend doing the packed lunches the night before, it’s a huge time saver. Put them into the fridge in the lunch box, then you just add dry or packet foods  in the morning.

"There’s nothing worse than trying to chop up a cucumber while your child’s running around with a sock on their ear.

"No school morning's ever going to be calm,  there’s always going to be something that holds you up somewhere, because children are unpredictable, as much as we love them dearly.

“But if you can do stuff the night before, it’s a stress off you, And will start the day positively.

"I always say, it's about living your most organised, happiest life."

Jemma’s tips to Bosch your fridge 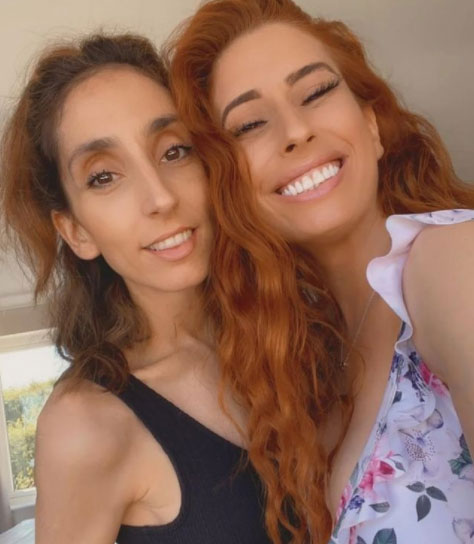 When it comes to implementing a system, Jemma says it's important to start small.

She explains: "It can be quite overwhelming, if you’ve got a lot of objects in front of you, you end up just moving them around.

"So my best advice would be pick an area, whether that be a cupboard or a fridge or a space in a room. Start small, because you can't attack everything at once.

"Take everything into the garden or somewhere and go through it. Then put back only what is needed.

"With the children's wardrobes, they naturally grow so you're always buying more clothes and filling it up. When it gets too much, I'll take everything out to do the clear out.

"There’s no point in trying to organise something that’s already full up, you’re just moving it around."

But as a mum-of-three, Jemma says you have to be prepared for a bit of mess.

She says: "Everything has a home in my house but they are children and don't expect them to be super organised.

“I will say ‘can you put this away? It goes here' so they can then find it next time they need it.

"There’s no set routine in my house, I’m not going to say I’m a super mum who cleans her house 24/7, because I don’t. When I do a food shop, I’ll organise the fridge and it gives me satisfaction.

"I feel great and like the mundane job of food shopping has just become exciting."

Bosch's XL capacity fridges are equipped with a number of features that keep food fresh and last longer. The range is available here from £1,099. 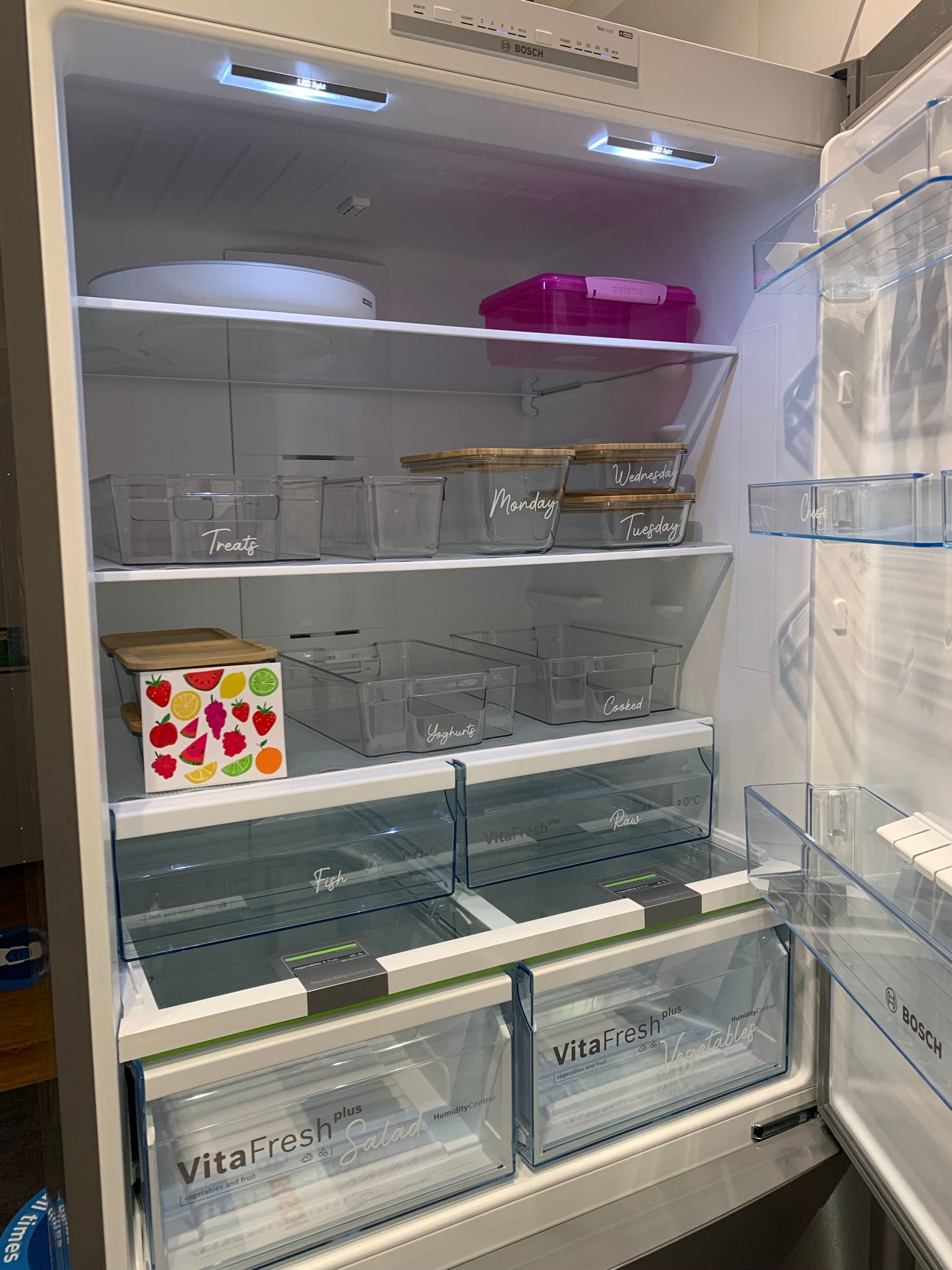 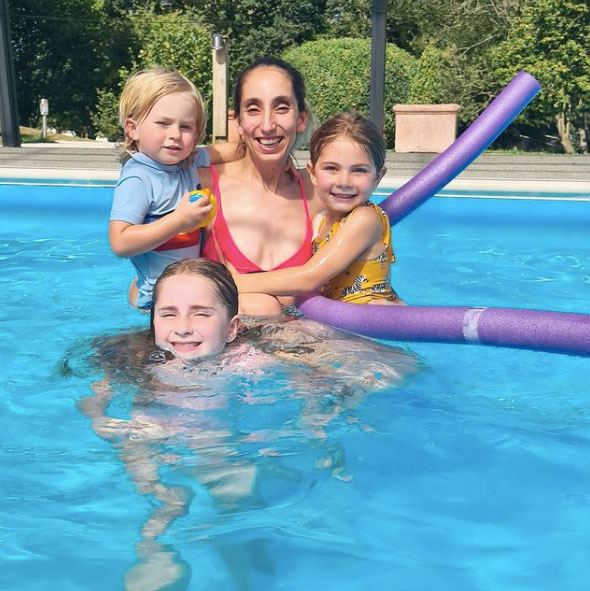