Stassie Karanikolaou and Kylie Jenner both stunned as they stepped out for dinner at hotspot The Nice Guy in Los Angeles on April 30.

Stassie Karanikolaou had one message with her sexy outfit last night: summer is coming! The 23-year-old influencer sizzled in a sheer lime green colored bodysuit for dinner at celeb hotspot The Nice Guy in West Hollywood on Friday, April 30. The look left little to the imagination as she showed off her curves, adding a matching bootie with a similar print. She kept her blonde hair back, accessorizing with a yellow snakeskin purse and her iPhone attached to a beaded strap. 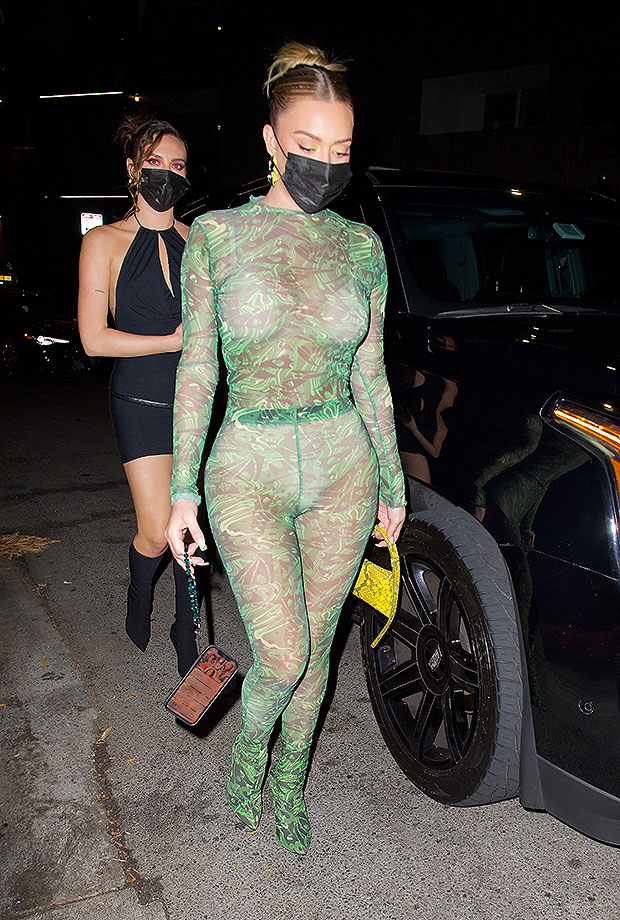 She was joined by best friend Kylie Jenner, also 23, who shared a hint of her own sheer bodysuit under an black leather trench coat. The oversized jacket was reminiscent of a 90’s trend, which she kept going with her small black leather shoulder bag. The Kylie Cosmetics mogul finished the look with a pointy black pump and chunky silver chain necklace, opting to keep her dark hair down and center parted. 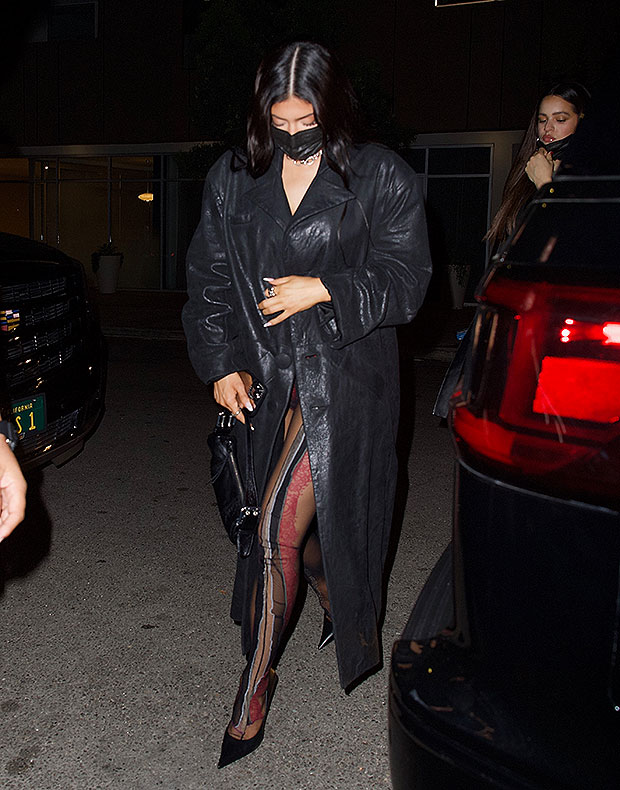 The night out comes after the Keeping Up With The Kardashians star wished her ex Travis Scott, and father of her daughter Stormi Webster, 3, a happy birthday. The couple split in 2019, but have continued to spend plenty of time together as they co-parent the toddler. “Happy Birthday, Travis Scott!!!!” she posted to her story earlier the same say, adding the text “Stormi’s dad.” She included an adorable photo of the “Franchise” rapper snuggling with the little girl, proving Travis is the ultimate doting dad.

Longtime girlfriends Kylie and Stassie are often seen out and about together, especially since the Tristan Woods scandal involving mutual friend Jordyn Woods, 23. Kylie and Stassie recently hit Sydney Carlson‘s birthday party on April 6, where they both sizzled in looks of their own. Kylie looked like a runway model in a open back maxi dress by designer Joannes and a clear sandal by her go-to designer Bottega Venata, which she shared in multiple posts to Instagram. For Stassie’s part, she wore a super revealing white cut out dress by hot British brand Poster Girl official.