Home » Beauty and Fashion » The Original Ugly Sneaker Is Back

The Original Ugly Sneaker Is Back

One day, roughly 10 years ago, the French designer Isabel Marant found herself roadside, arguing her way out of a citation for blowing a red light.

“I was quite upset because it was really hidden by a big truck,” Ms. Marant said. She had been pulled over by a pair of officers, one male, one female. He got back in the squad car; she started taking Ms. Marant’s information.

“Then she looked at me and said, ‘Are you Isabel Marant, the woman from the sneakers?’” Ms. Marant recalled, amused at the time that a pair of $600 shoes held sway with a traffic cop.

In the end, no ticket was issued: Ms. Marant drove away scot-free. Indeed, the sneakers in question had proved traffic-stopping on several levels. Named the Bekett, the style is a high-top with an exaggerated, puffy tongue. Velcro straps, its definitive — and ultimately divisive — design detail, concealed a three-inch wedge heel.

Yes, a high-heeled sneaker — a concept deemed genius, heinous, anathema, so-wrong-it’s-right and oh so very, very wrong all at once. “It was like lightning had hit my head,” said Sasha Charnin Morrison, the style director at CBS Watch. “I was so enamored by this ugliness.”

Ms. Charnin Morrison, then the fashion director of Us Weekly, remembers dispatching a desperate email to Ty Hunter, Beyoncé’s stylist at the time. “I said: ‘I know Beyoncé’s only going to wear the sneakers once. I don’t even know what size she is, but if she’s done with them, you have to send them to me.’” Alas, Ms. Charnin Morrison endured the wait for her pair of gold Beketts.

Like the Juicy Couture tracksuit, low-rise jeans and Uggs, the orthopedic-looking wedge sneaker was the kind of design you either professed your undying love for or wouldn’t be caught dead in. It transcended fashion and became culture. It was emblematic of a moment, just before social media took over our lives and millennials took over the narrative.

The shoe was so love/hate because its aesthetic, monetary and social value were all in the eye of the consumer, said Ms. Medine, the founder of the now-shuttered website Man Repeller, who wore a pair of multicolored Beketts back in the day. “We judged each other’s value systems accordingly, and that caused staunch defense from both sides, right? The criticizers hated them more, and the strongest among the admirers just wanted them more.” 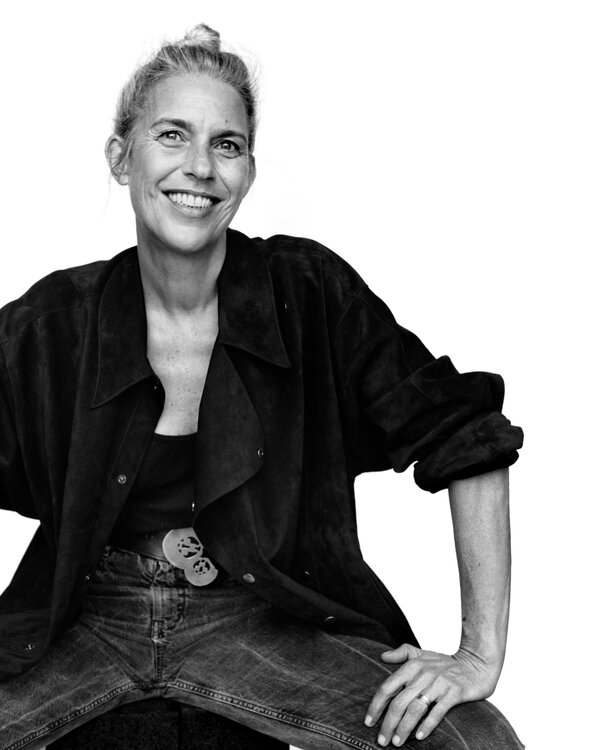 The ubiquity of the Bekett outstripped the reputation Ms. Marant had built as an independent, unpretentious purveyor of Parisian tomboy/bohemian nonchalance since starting her business in 1994. The sneaker put the brand on a global map. When it was introduced, Isabel Marant had just expanded to the United States, with a single store in New York. Cut to 60 stores globally at current count.

The Bekett begat a million cheap knockoffs so unsightly that Ms. Marant denounced her own design even as it continued to pad her bottom line. “They have become something super-vulgar, so I’m not feeling like I want to be the wedge-sneaker designer,” she told The Cut in 2014.

But Ms. Marant’s distaste for her famous sneaker has mellowed, it seems. A new, mightier version of her original wedge sneaker will be introduced on June 15, a decade after its first go.

The Balksee, a sort of souped-up Bekett with a robust sole that adds roughly two inches to the height of the original wedge, comes in what Ms. Marant describes as Lego colors: red, yellow, green, black and white. A mural of the campaign, starring Adut Akech, is going up in SoHo on June 21.

Like the heel, the price, too, is more vertiginous. The Balksee sells for $770.

Will it have legs?

Ms. Marant’s love of elongating legs is what inspired her to put bits of cork in the soles of her sneakers as a teenager. “I love also how this very chunky sneaker was making your legs very tiny coming out of something quite heavy,” she said. “With bare legs and a frilly skirt or a pair of shorts, it’s always nice.”

With that, she articulated a look — designer sneakers, dressed up or down — that has dominated modern fashion for the last several years.

“When she launched the Bekett, Isabel was very much tapping into street culture on her runway before it was a trend,” said Roopal Patel, the fashion director of Saks Fifth Avenue, which has the Balksee available for preorder online. “Bridging that idea of a basketball high-top on a wedge, making it sexy, cool and casual at the same time, was just revolutionary in fashion 10 years ago.”

With the Balksee, Ms. Marant is reclaiming her stake in the chunky, ugly sneaker culture that has swept the likes of Gucci, Balenciaga, Louis Vuitton, Stella McCartney, Yeezy and others — not to mention the many designer collaborations with athletic shoe brands.

“I was always thinking, ‘It’s so stupid that I was never able to rework the Bekett,’” Ms. Marant said. “Last year, suddenly it popped to me that just changing the sole will bring it into another world.”

Will lightning strike twice? Ms. Marant has demonstrated her instinct for timing in the past. “Everybody is really into this coziness situation,” she said of the many months of Covid confinement. “They are not ready-to-wear pointy-heeled shoes. Maybe to go to dance, but then you will be better off to bring sneakers in your bag.”

Ms. Charnin Morrison has a different yet of-the-moment take. “Of course, it’s going to have legs because there’s a whole new audience,” she said. “Whoever is buying it now, they don’t remember the original.”