Victoria’s Secret is getting ready to reenter the market on its own.

After nearly a year of consideration, parent company L Brands Inc. said earlier this month that it would spin off the lingerie brand — which includes Victoria’s Secret Lingerie, Pink and Victoria’s Secret Beauty — into its own publicly held company, leaving the more lucrative Bath & Body Works brand to stand alone on the public market.

“We believe the spin-off will enable each company to maximize management focus and financial flexibility to thrive in an evolving retail environment and to deliver profitable growth,” Andrew Meslow, chief executive officer of L Brands and Bath & Body Works, told analysts during Thursday morning’s conference call.

“The board evaluated the possibility of either a spin off or a sale of Victoria’s Secret with input from its financial advisers, Goldman Sachs and J.P. Morgan,” he continued. “Throughout the review process, the company received significant interest from and held substantive discussions with multiple potential buyers. Ultimately, the board concluded that the spin-off of Victoria’s Secret into a separate public company would provide shareholders with more value than a sale. This decision follows significant progress we have made over the last 10 months in the turnaround of the Victoria’s Secret business, implementing merchandise and marketing initiatives to drive top-line growth, as well as executing on a series of cost-reduction actions, which together have dramatically increased profitability. As a result of these efforts, Victoria’s Secret is now well positioned to operate as a stand-alone public company.”

The spin-off is expected to be complete this August.

Meanwhile, the retailer continues to make headway on its effort to revitalize Victoria’s Secret’s image, one tainted by accusations of sexual assault at the company as well as L Brands’ founder Leslie H. Wexner’s ties with registered sex offender Jeffrey Epstein, and a lack of diversity among its notoriously near-perfect Angels. In October 2019, the brand hired its first plus-size model Ali Tate Cutler, followed by its first transgender model, Valentina Sampaio, the following August. Most recently, Victoria’s Secret used nine-month-pregnant model Grace Elizabeth for its Mother’s Day campaign. 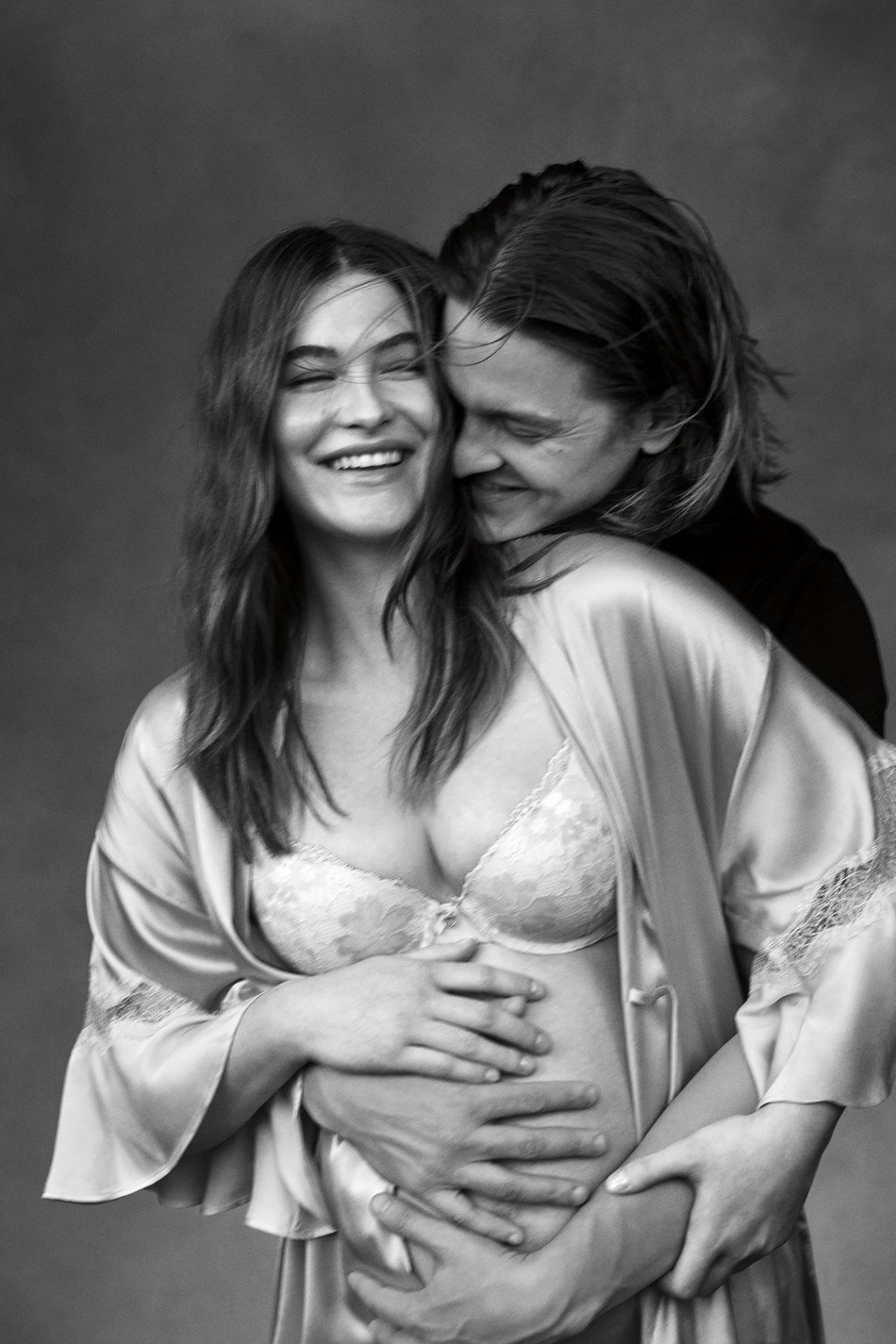 “[It’s] moving from a position of, frankly, being irrelevant to being relevant for being — for him to for her, being more inclusive rather than exclusive,” Martin Water, CEO of Victoria’s Secret Lingerie, said on Thursday’s conference call. “And the customer is really noticing and voting with their wallet.”

In fact, the company’s recovery methods are hard to ignore. After the February 2020 sale of Victoria’s Secret to private equity firm Sycamore Partners fell through, the company said it would take a “dual-track approach,” either selling the brand or spinning it off into its own firm. In the process, Victoria’s Secret $525 million price tag jumped to a valuation of nearly $5 billion, according to analysts at J.P. Morgan.

The brand’s market share also grew. In the spring of 2020, Victoria’s Secret had 16 percent market share in the U.S. women’s intimate apparel space, according to The NPD Group’s consumer tracking service. By December, the number had risen to 19 percent.

In the most recent quarter, revenues at the innerwear brand topped $1.5 billion, with improving comparable sales in stores and online.

Ike Boruchow, senior retail analyst at Wells Fargo, wrote in a note that “For the first time, [management] commented that they are managing the VS business to a midteens margin in the near term, a notable change from 10 to 15 percent they’ve discussed in the past — reflecting the meaningful structural changes that have been made at the business over the past year.

“Operational improvements at VS lead us to estimate that the soon-to-be stand-alone concept is run-rating over $1.2 [billion-plus] of EBITDA, which leads us to believe LB could earn [approximately] 6 [billion dollars plus] in value for the brand,” he continued. “Furthermore, we believe in the possibility that LB could lever-up VS and dividend cash back to [Bath & Body Works] — with the lack of any tax leakage and benefits to the [Bath & Body Works] cap structure key positives from a spin scenario (versus a sale). We still see value to be unlocked and further upside in the stock.”

In the last three months, Victoria’s Secret also had double-digit comp same-store sales growth in intimates, as well as strength in the Pink business, particularly its branded-logo products, and certain apparel categories, such as shorts and tie-dye.

“All of that said, we are a bra business. We are fundamentally a lingerie business,” Waters said on the conference call. “The most important category for us to win in is the bra business and that has the most attention around here. And we’re determined to win back customers in that core category of intimates. And what we’re seeing in terms of results is that, that is working.

“We have a clear reason why we exist at Victoria’s now and that is to inspire women around the world with products and experiences that uplift them and champion them and support their journey. It’s their narrative, not ours,” he continued. “I have a bold ambition that Victoria’s [Secret] should be the world’s biggest and best advocate for women. And that’s an incredibly powerful vision and mission for us to aim toward and it’s energizing for all of our people. And it does reflect a very significant turnaround from where we’ve been, where we’re moving from what men want to what women want. We’re moving from sexy for a few to sexy for all. We’re moving from a look to a feeling. It’s about including most women rather than excluding most women and being grounded in real life rather than mostly unattainable. So I couldn’t underscore how significant this turnaround and this repositioning is. It’s a very dramatic change for us and we have significant proof points already at this early stage in our journey that this is what the customer wants from us. So expect more.”

Still, some critics worry that the gains throughout the retail industry might be short-lived, citing stimulus payments at the onetime catalyst. But Waters said momentum at Victoria’s Secret brand is continuing into the current quarter.

“We accelerated into the back half of the first quarter, meaning that the latter two months were stronger than the first month,” he said. “And May has been about the same as we saw from April and that’s really encouraging given that the stimulus effect has obviously been done and is behind us. So we’re seeing very good momentum that we expect to continue. What’s also very pleasing is that as store traffic has started to pick up, our digital momentum has not slowed down. So all in all, feeling very positive about both channels of growth.”

Even so, not all investors were on board. Shares of L Brands closed down 3.91 percent to $64.68 a piece Thursday. The company did not provide guidance for the back half of the year, something executives credited to uncertainty around the supply chain and continued volatility amid the pandemic.

“We expect that the balance of 2021 will not be easy as the world, the retail environment and our enterprise and business continue to evolve and we lap extraordinary results,” Meslow said on the call.

Beth Reed, an analyst at RBC Capital Markets, added in a note, “Looking out, the margin setup in Q3 [and] Q4 is likely less favorable given the anticipated headwinds from inflationary cost pressures and elevated transportation costs that we are hearing from most retailers and with merch margin strong but facing [last year’s] tougher compares.”

Shares of L Brands are up nearly 348 percent, year-over-year.