LOOK HERE: On the hunt for rare Hermès Birkin and Kelly bags? On top of browsing through resell platforms and vintage boutiques, perhaps take a look at Alibaba’s judicial auction site Sifa Paimai, if you don’t care about who the previous owners are.

The Chinese e-commerce giant’s auction site, which was introduced in 2012, lists a wide range of confiscated items from those who broke the law, most commonly smuggling, or filed for bankruptcy in the country. You can buy highway toll charging rights for over $1.6 billion, antique furniture worth over $300 million, company shares at various price points, or just a neck massager for $50.

The auctions are usually organized by the court, local police stations, or customs. Items listed on the site are usually authenticated, but it holds no legal responsibility if the item turns out to be fake after the transactions.

Hermès is one of the most popular brands on the site, with over 1,200 listings. Many of them are Birkin and Kelly bags in rare colorways or exotic skins, as well as ready-to-wear pieces and fashion accessories.

A Constance long wallet in gray crocodile leather from the brand was sold for 40,000 renminbi, or $6,171, in late May. A similar style at the Hermès online store comes with a price tag of $15,200. 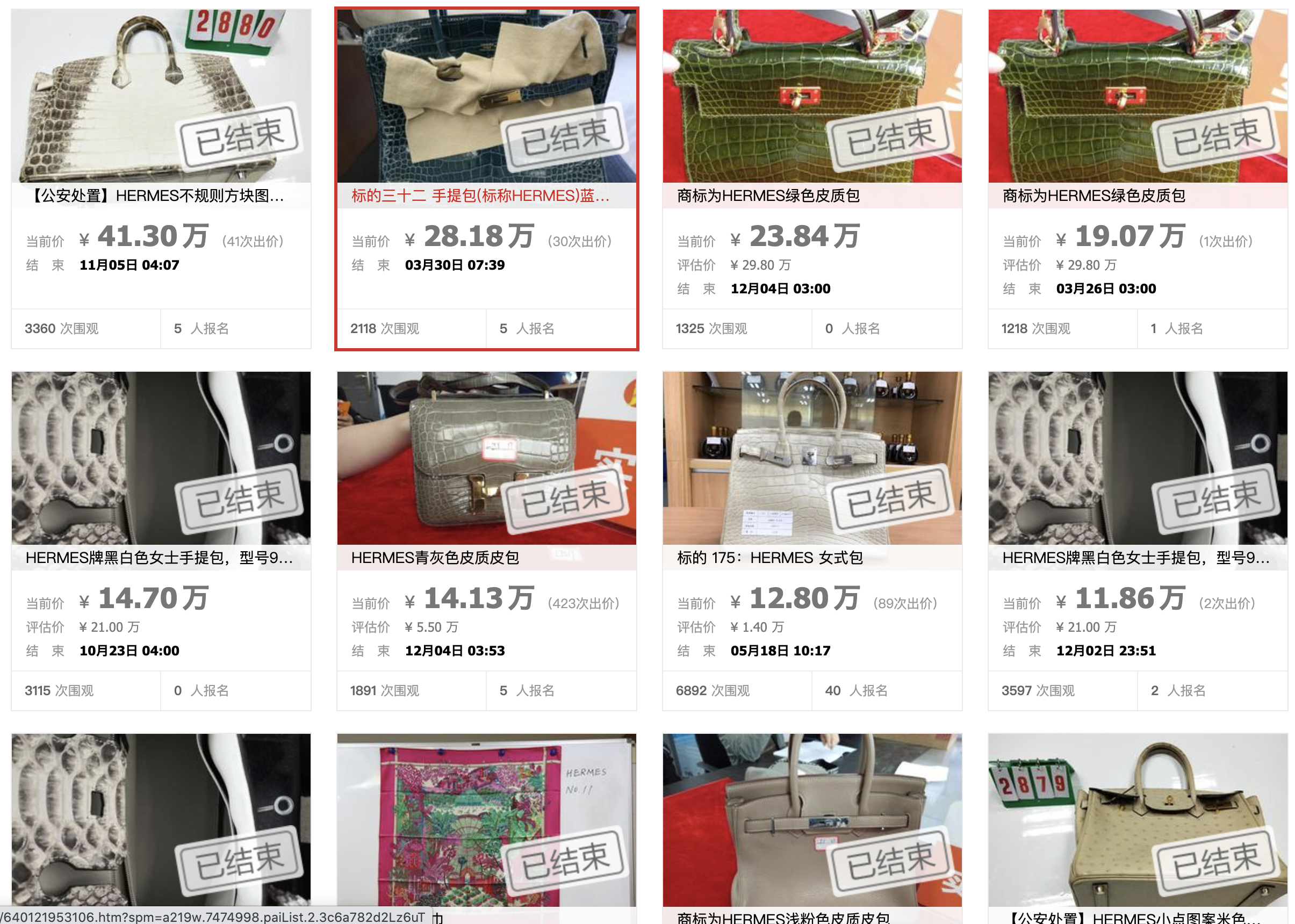 Rare Hermès Birkin and Kelly bags are being sold at Alibaba’s judicial auction site at a bargain in China. Screenswhot/WWD

Last March, a lot of designer men’s wear outfits that included eight shirts from Hermès, 11 from Dolce & Gabbana, and several other pieces from Dior, Louis Vuitton, and Giorgio Armani were sold by the Hangzhou police authority for 67,751 renminbi, or $10,452, after 301 rounds of bidding.

On the more affordable side, an Hermes pink tie was sold for 901 renminbi, or $139, in April. The item was bid for five times.

Hermès Is Having Another Viral Moment With This Chinese TV Drama

Former Hermès Staff in Counterfeiting Ring to Be Sentenced in September