A TWEET has gone viral for pointing out the potential harms of the Pill that women deal with “so men don’t have to wear a bit of rubber”.

Georgia Shaw shared a photo of the huge double-sided information leaflet that came with her birth control pill, warning of side effects and potential complications. 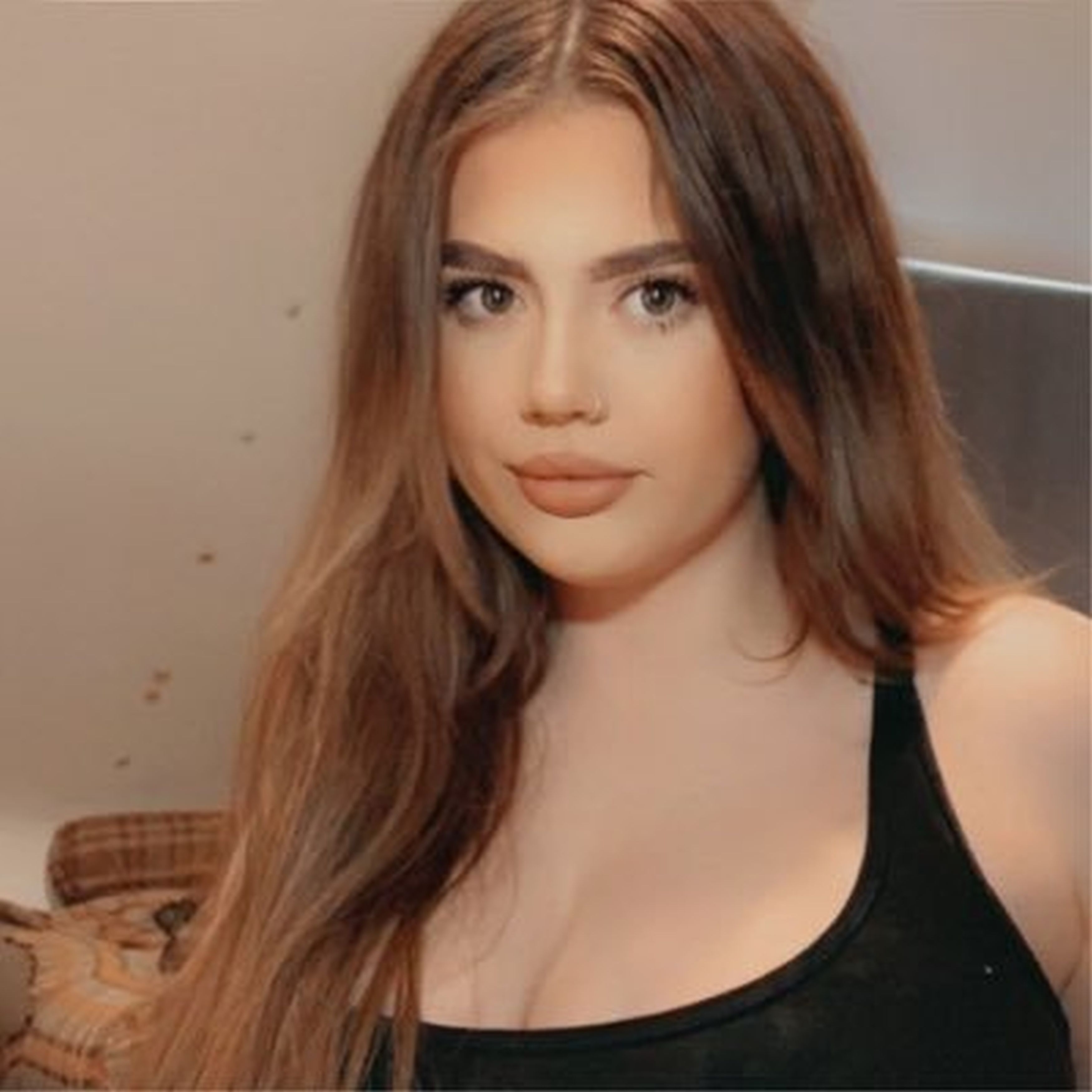 The 20-year-old, referring to condoms, wrote: “Started a new pill today and wanted to show men on here what women have to go through so you don’t have to wear a bit of rubber.

"This is the info leaflet next to a pen for size reference. Yes it’s double sided."

But not everyone agreed with her stance, suggesting if she wanted to have sex, she had to put up with the Pill.

Her response was: “If you’re a male and want to offer your opinion on this…. don’t, I don’t wanna hear it.”

Georgia, from Loughborough, Leicestershire, said: "There’s a massive difference in how men are reacting versus how women are.

"I’ve had a lot of messages of support from women. "The response from men has been 'oh well women enjoy having sex too, deal with it'."

Alex Wright commented: "Crazy this day and age where they don’t have a contraceptive for men.

"They can whack up a vaccine for an unknown virus in a few months surely they could do this."

User @dailyjata commented: "I feel like men complaining to their partners that they don’t want to wear one and therefore putting a woman at risk of all sorts of health problems is so abusive and vile." 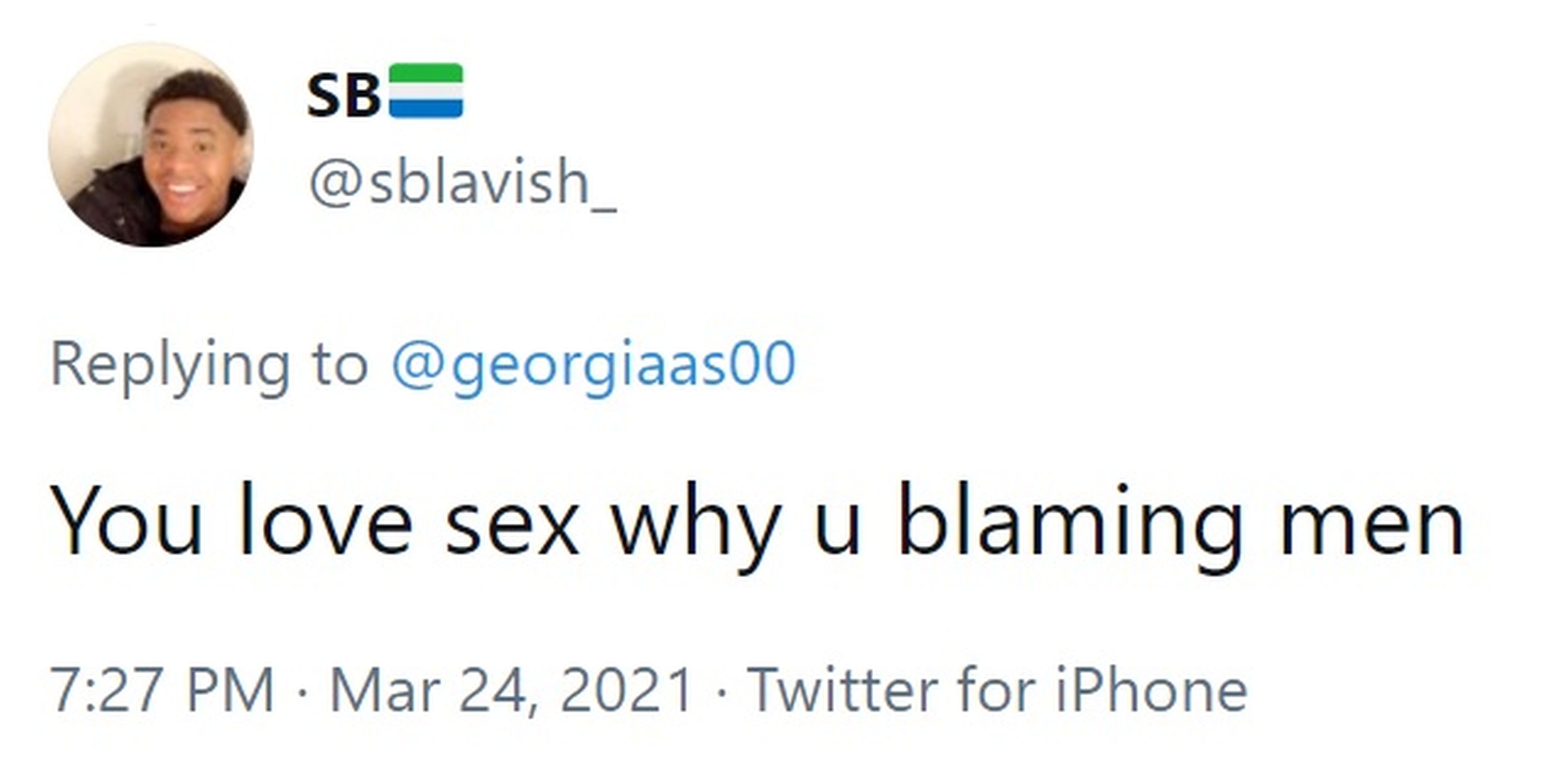 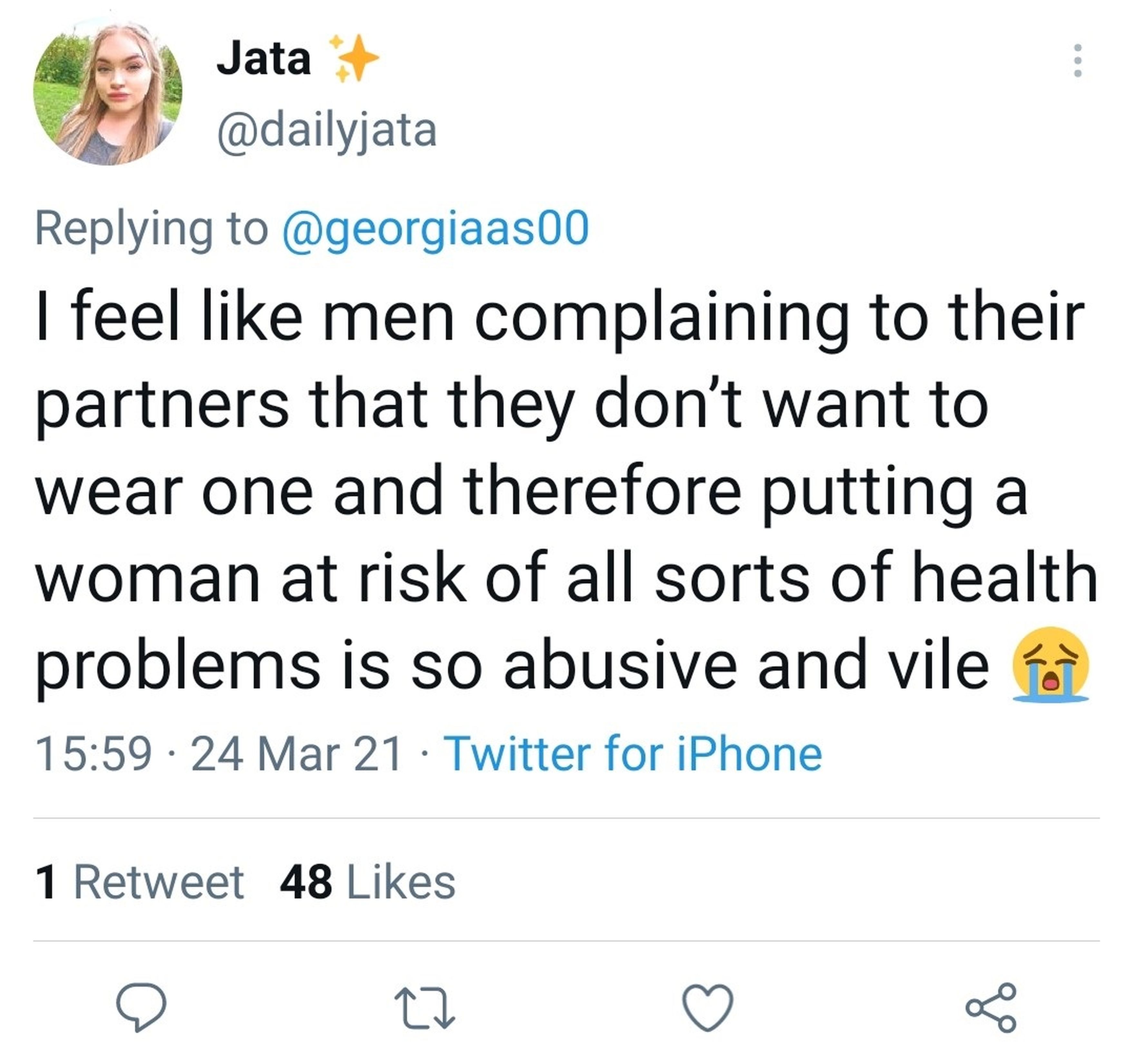 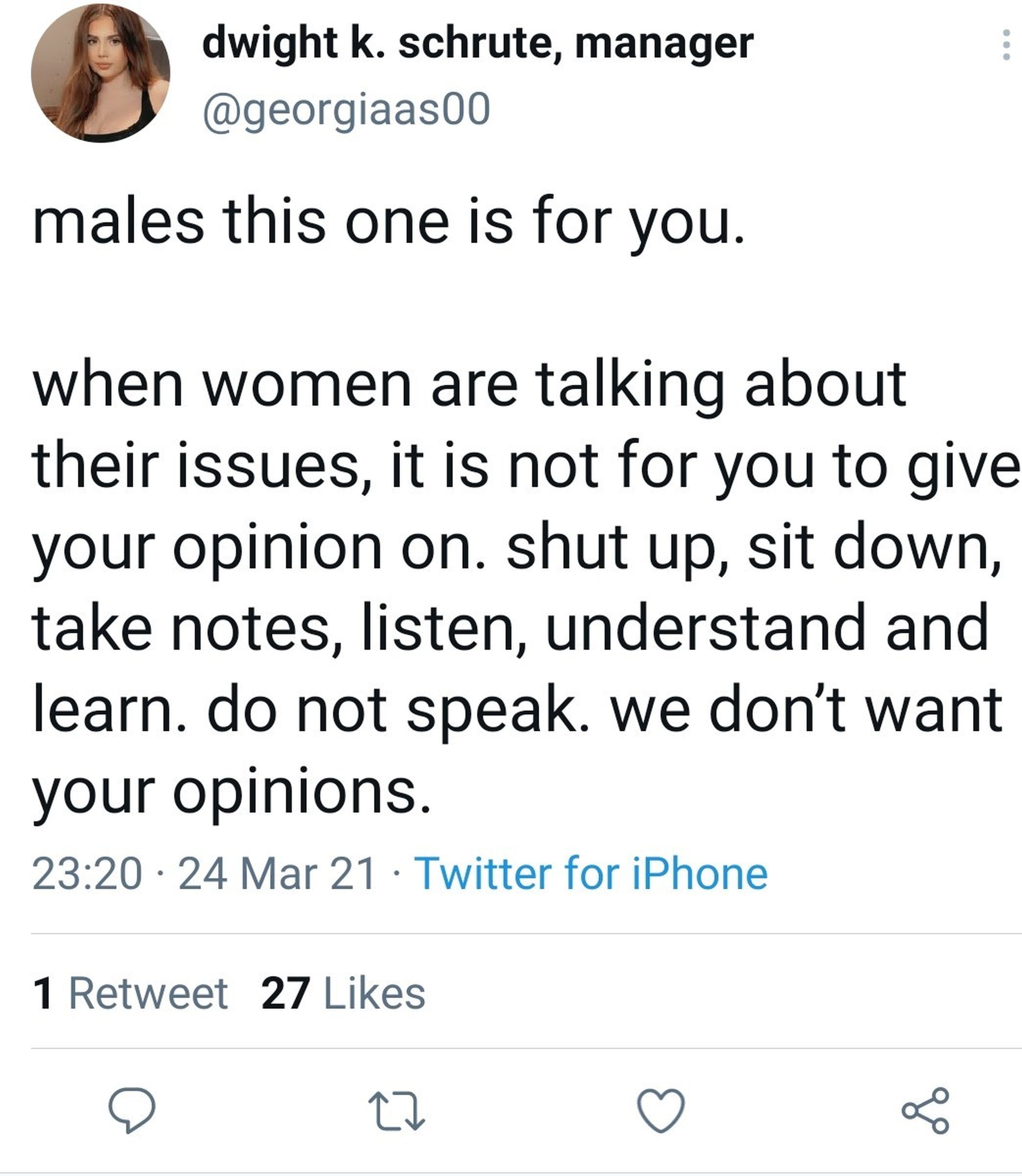 The Pill is an extremely effective prevention method for pregnancy and removes the need for condoms -however condoms are crucial for avoiding STIs.

The introduction of the Pill in the 1960s was revolutionary.

But in many ways its history is considered controversial – for example it took a decade for scientists to realise high doses increased the risks of heart attack and stroke, and women died in the first clinical trials.

There are various types of the Pill, but generally, the NHS says minor side effects include mood swings, nausea, breast tenderness and headaches

There is also a risk of blood clots and cervical cancer among other conditions, although the occurrence of this is rare.

Georgia, who studies Nottingham Trent University, said she was “scared” to use the Pill once she read the huge list of warnings.

She said: "I’d just been put onto Rigevidon and when I opened the packet and looked at the leaflet I thought 'oh my God', I’d never seen a leaflet that big before.

"I just felt quite scared and quite nervous about what I was putting into my body if that was the massive list of things it might do to me.”

On the information leaflet for Rifevidon, last revised in March 2020, an increased risk of developing a blood clot was noted in detail. 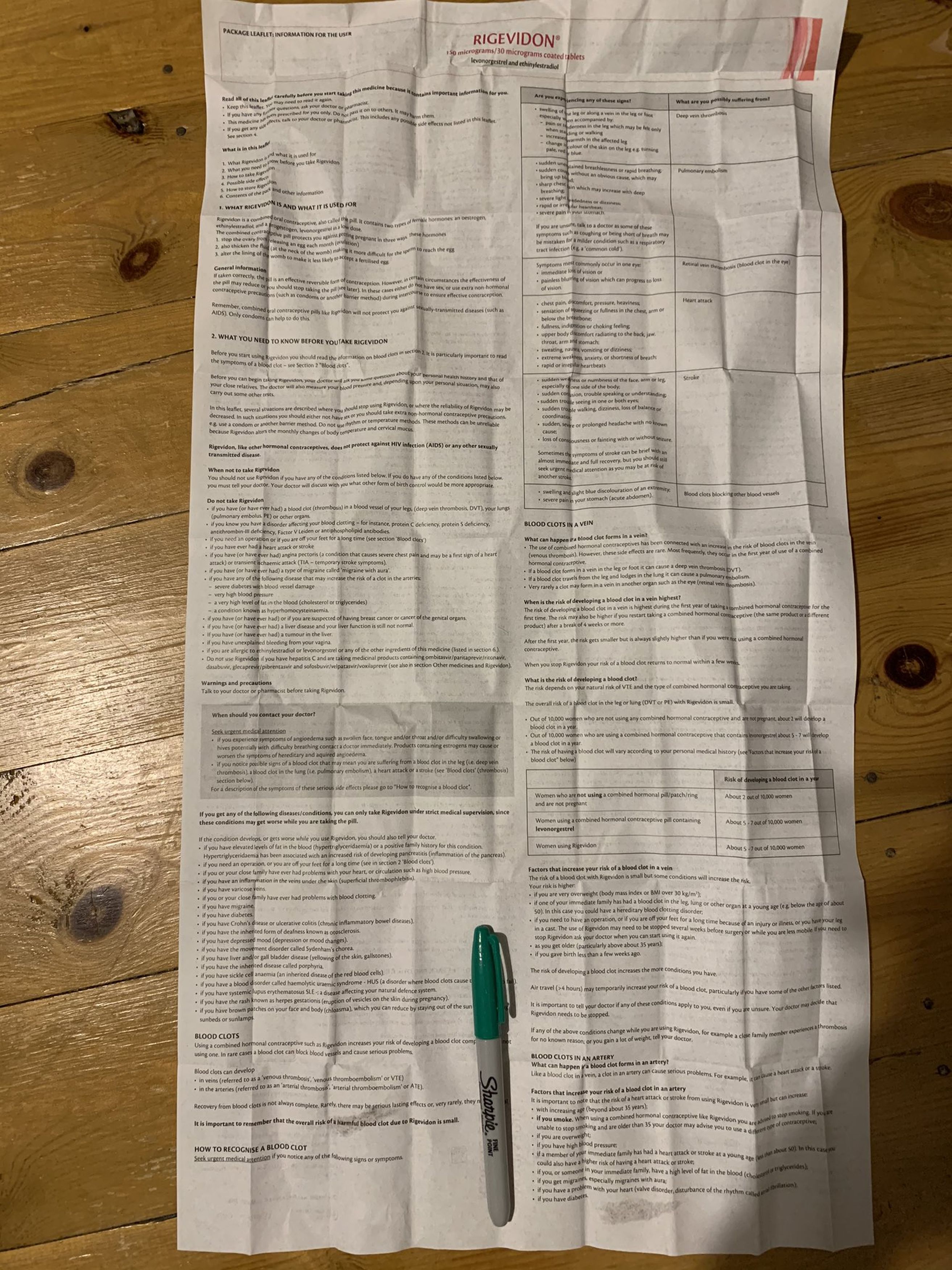 What are the potential side effects of the Pill?

Common side effects of the combined contraceptive pill include:

The female hormone oestrogen in this pill can cause the blood to clot faster.

If a blood clot develops it can cause deep vein thrombosis (DVT), pulmonary embolism (a blood clot in the lungs), stroke or heart attack.

The risk of a blood clot forming is very small and doctors assess women for known risk factors before prescribing the Pill.

The NHS says there is a very low risk of cervical cancer with the combined pill.

On the other hand, the Pill can reduce your risk of cancer of the ovaries, womb and colon.

Some rare side effects of the progestogen only pill include:

Scientists are still investigating a possible link with progestogen and breast cancer, as research suggests all hormonal contraception can slightly increase the risk.

There is not enough evidence to say it does, or does not, increase the risk.

However, findings show after stopping taking the Pill, a woman's risk returns to normal after a few years.

How the pill changes a woman's personality

A top psychologist claims that the contraceptive Pill can significantly affect a woman's brain and change their personality.

In particular, she said women on the Pill are attracted to less masculine men and are less interested in sex.

That's because the hormone progesterone, which sends a message to the body that ovulation is not required, is dominant throughout your cycle.

Another study suggested that the Pill "numbs a woman's emotions" and "harms relationships".

It also listed a cancerous tumour on the liver and gallbladder disease among the very rare side effects.

Meanwhile an increased risk of cervical cancer in long-term users of the Pill was noted but it stated that it remains “uncertain” whether this increased risk is due to the Pill or other factors.

Georgia had already had problems with Microgynon, saying she came off it after three weeks because she “couldn’t hack it."

She said: "I found myself feeling so down, crying over nothing and I became quite a nasty person to be around on Microgynon.

"It caused a lot of arguments because I was so irritable and not in the best mood at all."

Low mood is listed as a “common side effect” of Microgynon, affecting up to 10 per cent of women using it, as well as feeling sick, weight gain, and pain in the breasts.

Rarer side effects include swelling in the legs, a change in sex drive or dishcharge from the breast or vagina.

But for many women, it works.

Sometimes women have to try more than one type of contraceptive to work out which one suits their body most. 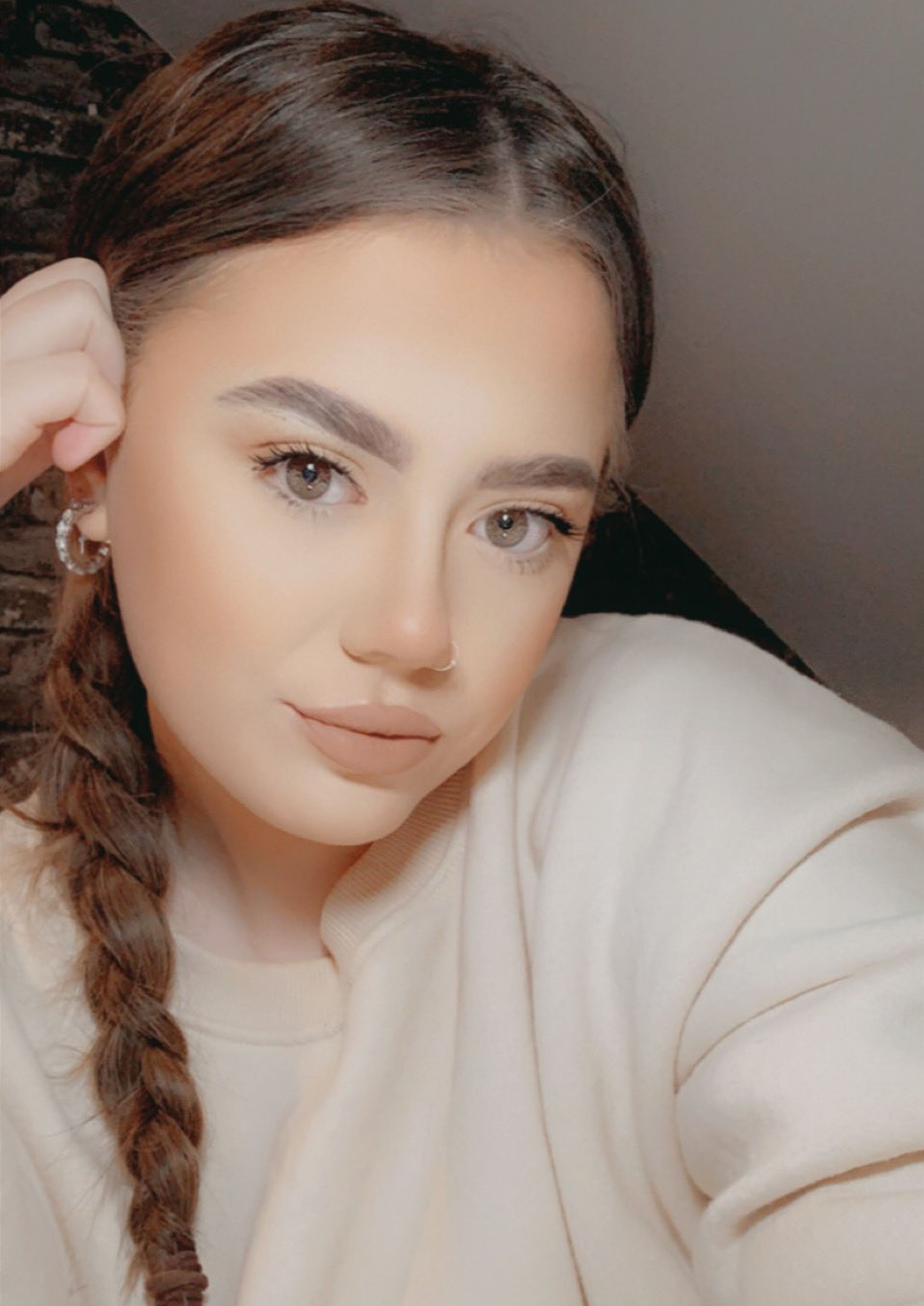 Georgia is relieved to have had no problems since switching contraceptives.

The NHS said aside from preventing pregnancy, the Pill has a number of possible benefits including reducing period pains, acne, and the risk of ovarian cysts and some cancers, depending on which one is taken.

Georgia said: "Despite a lot of people warning me against taking it, at the moment I feel completely fine.

"My skin has cleared up a little bit and the only change I’ve noticed is my appetite, I’ve just been craving a lot of fatty foods.”

A male contraceptive Pill is considered to still be a long way off, having already been in research for years.

Side effects of pills and contraceptive gels for men in trials have included decreased sex drive, mood disorders and acne.

In response to Georgia’s experience on Microgynon, a spokesperson for Bayer, who manufacture it, said: "At Bayer, we take the safety of our products very seriously and we continuously review the safety profiles of our products.

"Bayer investigates reports on side effects thoroughly and collaborates closely with regulatory authorities concerning the use, benefits and risks of all products. Bayer strongly encourages all patients and healthcare professionals to report adverse events to the company directly or to the Medicines and Healthcare products Regulatory Agency (MHRA).

"Combined hormonal contraceptives (CHCs), like Microgynon, are among the most systematically studied and widely used medical products available today. Based on a thorough assessment of the available scientific data by regulatory authorities, outside independent experts and Bayer scientists, Microgynon is considered effective and overall, has a favourable benefit-risk profile when used appropriately.

"Depressed mood and depression are well-known undesirable effects of hormonal contraceptive use, affecting more than one in 100 women. Depression can be serious and is a well-known risk factor for suicidal behaviour and suicide. Women should be advised to contact their physician in case of mood changes and depressive symptoms, including shortly after initiating the treatment.

"Similarly, a woman should discuss their own medical history and known risk factors with her healthcare professional to weigh the potential side effects against the need for contraception and determine the contraceptive method best suited for their individual circumstances. All adverse events should be reported to Bayer."

The manufacturers of Rigevidon have been contacted for comment.