A WOMAN has left people in hysterics with her list of things she doesn’t understand – and people say she’s got a valid point.

Katie Pearce took to social media where she listed the seven things that she finds most confusing in life. 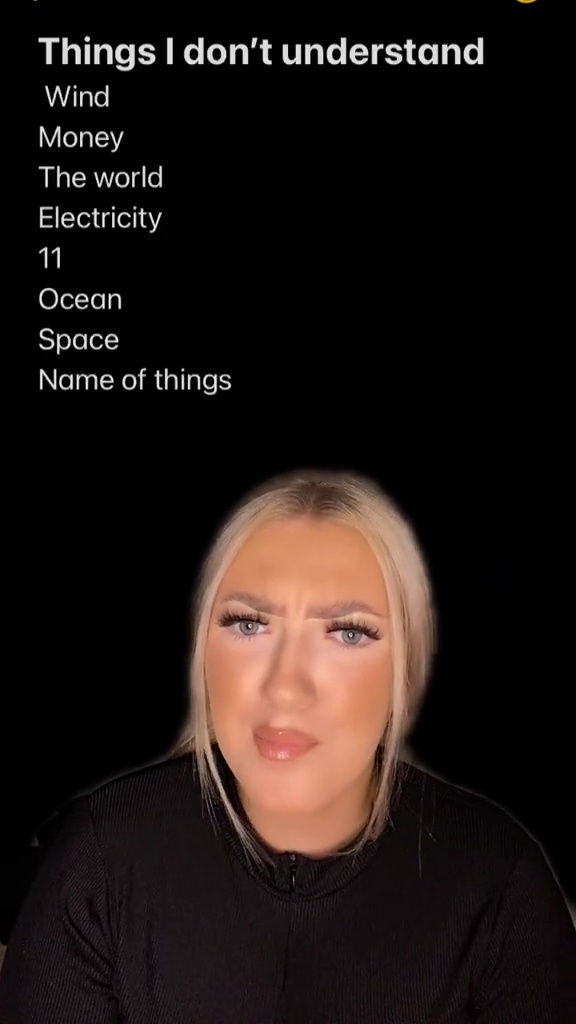 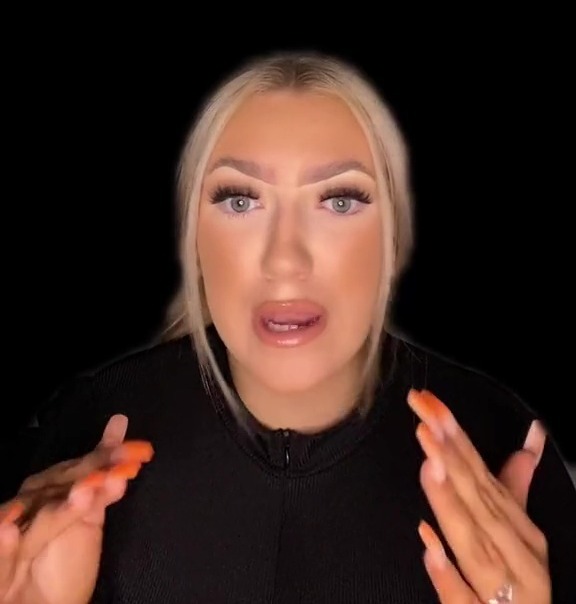 The first thing that Katie admits to being baffled by is the wind, saying, “What, how is it? What is wind? I don’t get it never will.”

Continuing her list of confusion, Katie says: “Money. Why don’t they just print off/ Why? Then no one would be poor? I just don’t get it.

“The world. How is it one of the smallest planets but then 9 billion people live on it and animals. Don’t get it, how, why?

“Electricity. I know it comes from the pylones but how does it get to the pylones? Bit confusing will never understand that.”

Moving on Katie goes on to offer up an alternative for what we call the number 11.

She says: “The number 11, why is it called eleven and not onety-one like twenty-two and thirty three. Onety…11 who thought of that don’t like it.”

Katie goes on to explain that she fails to grasp how the ocean is so deep, and that she is just completely mind-boggled by space.

Finally she adds: “Naming things, who looked at something and said ‘that’s the sky’… what?”

The video has since been shared on Instagram where it has received over 300,000 views, with many arguing that Katie makes some good points.

Commenting on the post, one wrote: “I love her so much. Voicing the questions many of us would be afraid to ask.”

“We're all laughing but she's actually on to something,” added another, while a third wrote, “No stupid questions here!”

A fourth added: “Onety one is incredibly good question.”