GETTING stuck in a lift may sound like a very stressful situation with many cons, but one huge pro is that you could find yourself being rescued by a dreamy firefighter.

That's exactly what happened to one woman, who found herself stuck in a lift in New York and waiting to be rescued by the fire department, with the man of her dreams in a firefighter uniform eventually getting her out. 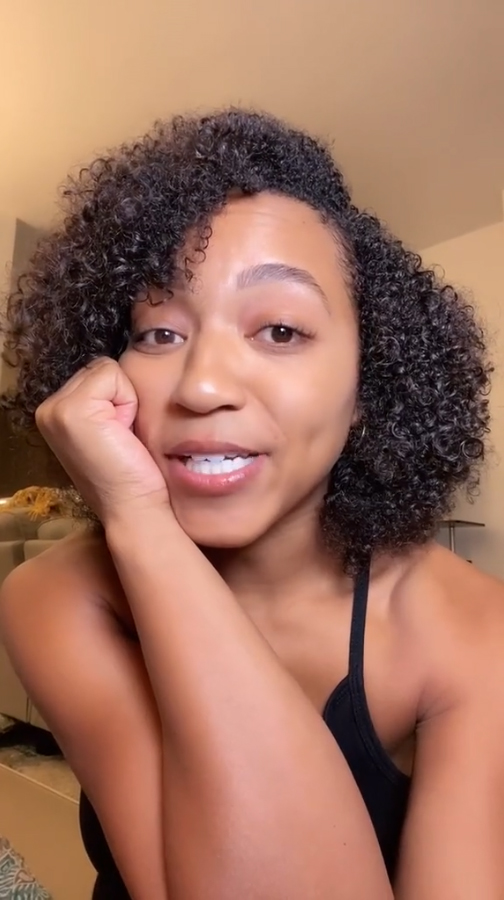 TikTok user Hailey (@hmlogan) found herself stuck in a lift with several other people, after the huge metal door got stuck and wouldn't open.

They called the fire department for help and two officers came down to help break them free.

Filming from inside the lift, Hailey caught the moment her hunky firefighter came to her rescue and she made it her mission to track him down again.

Sharing footage from the lift rescue to TikTok, Hailey wrote: "NYC I NEED YOUR HELP please find this man that rescued me from an elevator today." 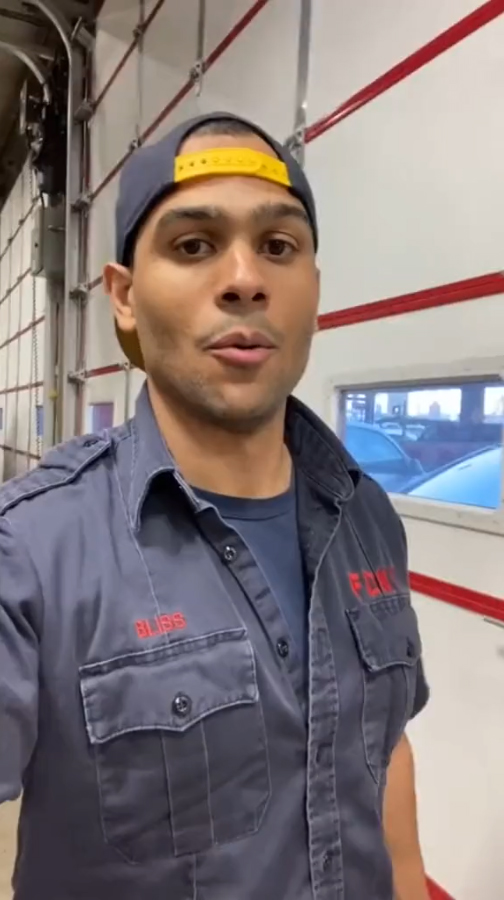 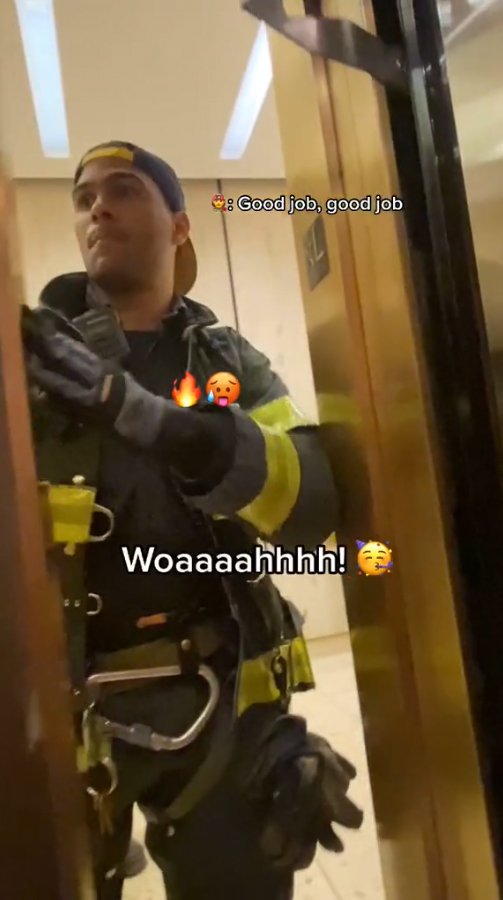 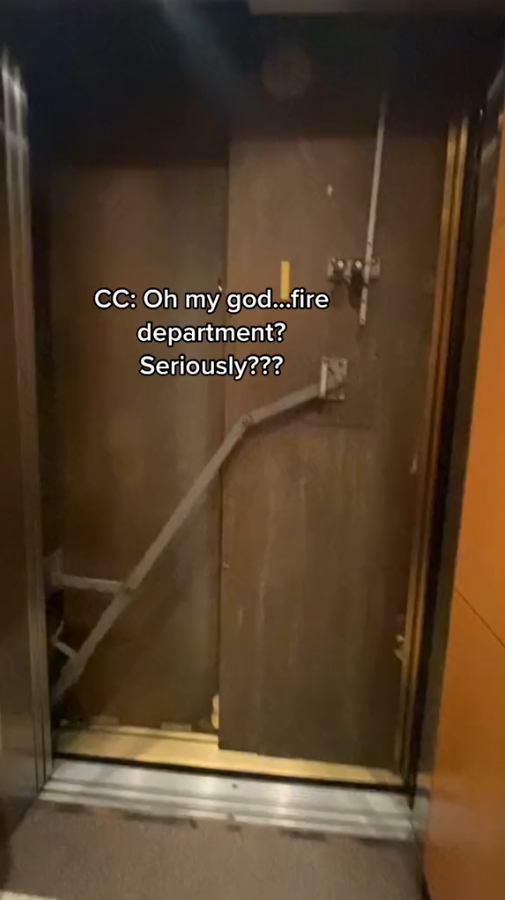 With a little help from the internet, Hailey's prayers were answered and the firefighter, named David, had the best response – posting his own video online via his TikTok account (@firefighterbliss) to reach out to Hailey.

David said: "What's up guys, so my brothers at the firehouse just showed me this video. I read the comments.

"Thank you so much for all the love. I just wanted to make the video to say I'm glad you're safe."

Hailey revealed that the firefighter's sister had come across her original video online and commented on it, before convincing David to share his own clip in response. 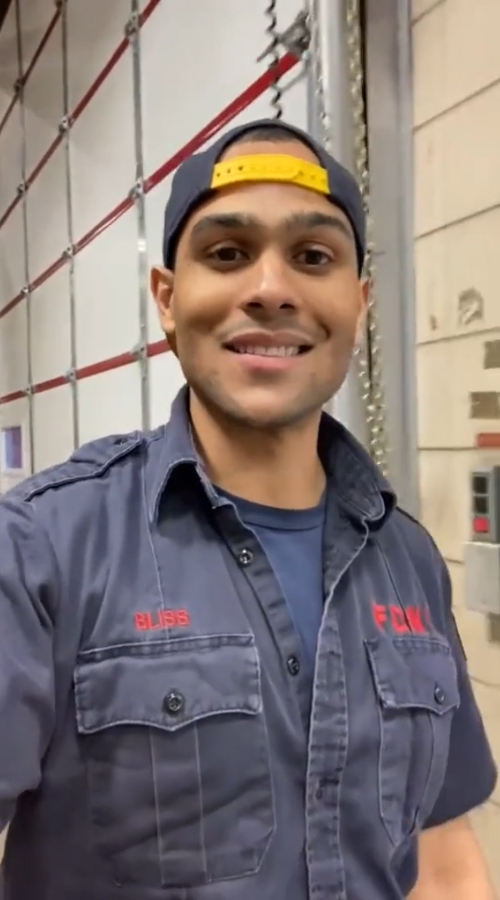 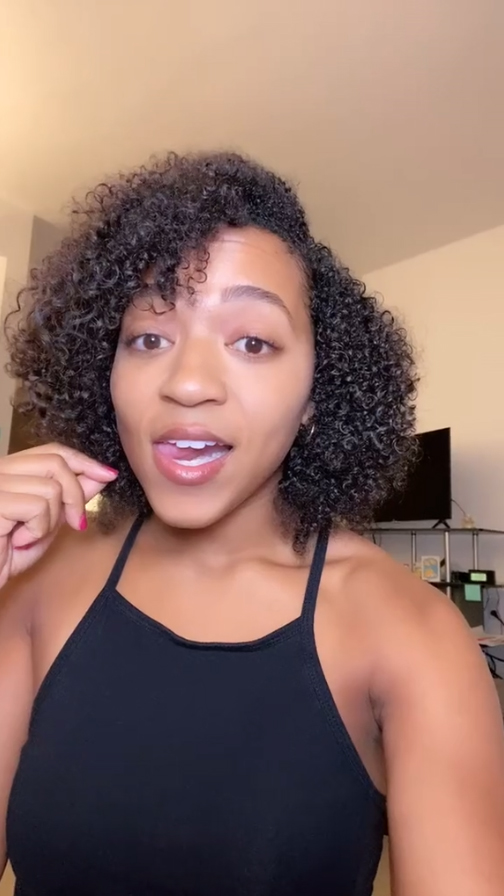 After missing her chance first time round, Hailey wasted no time in replying right back and asking David out for a drink – to thank him for saving her life, of course.

Reacting to his video, Hailey said: "I'm so shocked, I'm shook that this video blew up the way that it did. I cannot believe how many of you are invested in this."

"Thank you friends and TikTok and internet for helping me out. It's been an extremely entertaining journey reading all of your hilarious comments all day," Hailey said in a follow-up video. 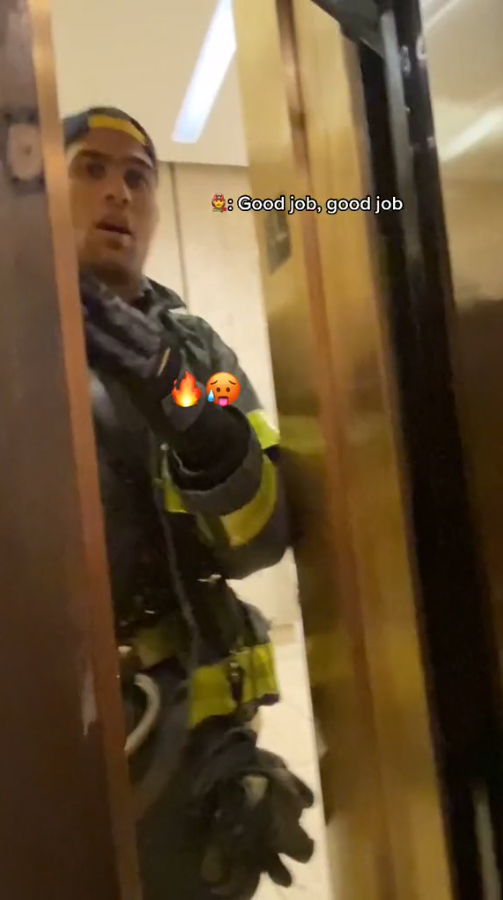 "To FirefighterBliss I hope you enjoy your new internet popularity and thank you for keeping us safe."

She cheekily added: "Maybe I can buy you a drink sometime for saving my life. It's the least I can do. TikTok it's been a journey, I'll keep you updated."

People were loving the update and were all for Hailey asking her good-looking rescuer out on a date, with hundreds flocking to the comments.

"This app is magical," wrote one person, while another said: "I have never been more invested in two people I don't know and I'm HERE FOR ITTTTTT (sic)."

A third posted "SIS OUT HERE SHOOTING HER SHOT!! I'm so here for it." 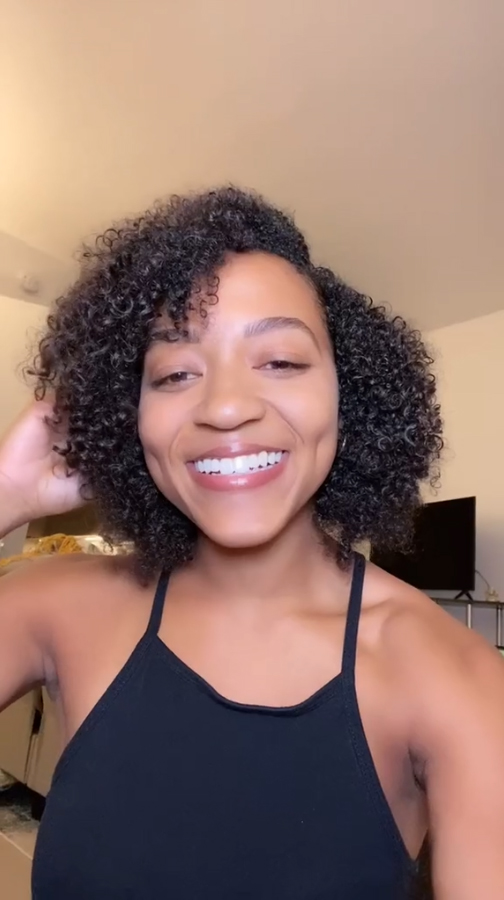 One more fan teased: "So he's your bf now right?"

Plenty more shared their hopes of Hailey and David falling in love, while others were already sharing their excitement over future updates on the pair.

"Gurl if you don't update us again after your first, second and third date then we gonna have a problem (sic)," wrote one person.

Another added: "Not me planning your future already, you guys would make a beautiful couple thought just saying."

Meanwhile, one mum has shared her most brutal Tinder dates, from one guy who was engaged and another who rang his DAD to buy dinner.

Plus, one woman shares hilarious before and after photos of her boyfriend a year after dating.

And we revealed the sexiest professions a man can have in 2021, with doctors, firefighters and CEOs all making the cut.