18 female directors who have been snubbed by the Oscars 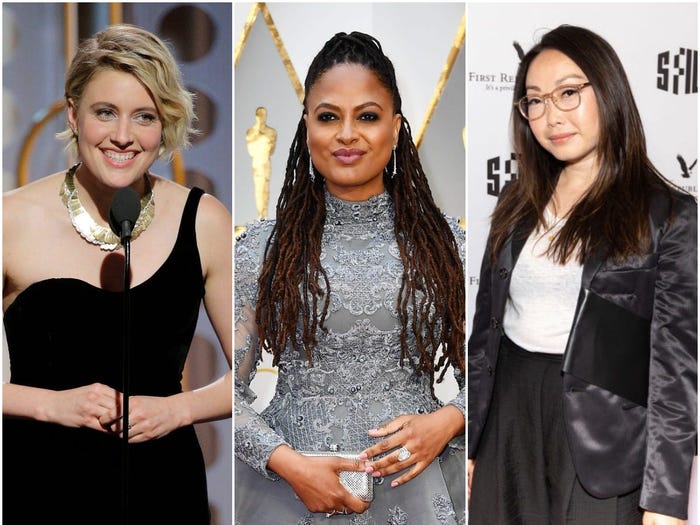 In the 92-year history of the Academy Awards, only five women have ever been nominated for best director, and only one of them has won. None of them has been a woman of color. And of the top 100 highest-grossing movies of 2019, only 10.7% of them were directed by women.

The Time's Up movement, which is marking its third anniversary on January 1, 2021, seeks to change that by combating gender-based discrimination in Hollywood and beyond.

Here are are 18 women whose directing work was snubbed by the Oscars.

In 1977 — 48 years after the Oscars began — Lina Wertmuller became the first woman to be nominated for best director, but she was not chosen as the winner. 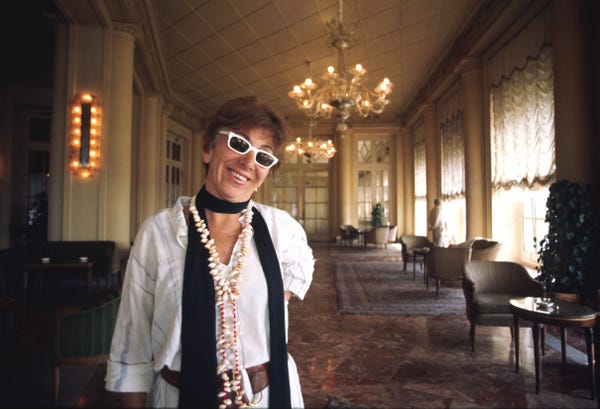 Wertmuller directed "Seven Beauties." The film was also nominated for best foreign language film, best screenplay, and best actor for Giancarlo Giannini, although it did not win in any category.

It would be almost 20 years before another woman was nominated for best director: Jane Campion for "The Piano" at the 1994 awards.

Randa Haines directed "Children of a Lesser God" in 1986. It was nominated for five Oscars, including best picture — but not best director. 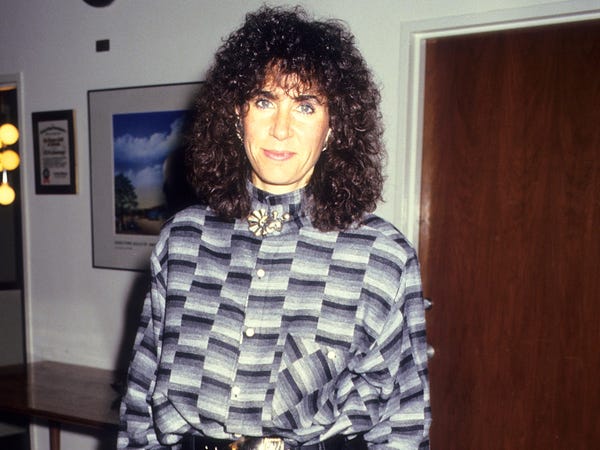 Barbra Streisand told Variety that sexism had prevented her films from winning Oscars over the years, saying, "They don't want to see a woman director." 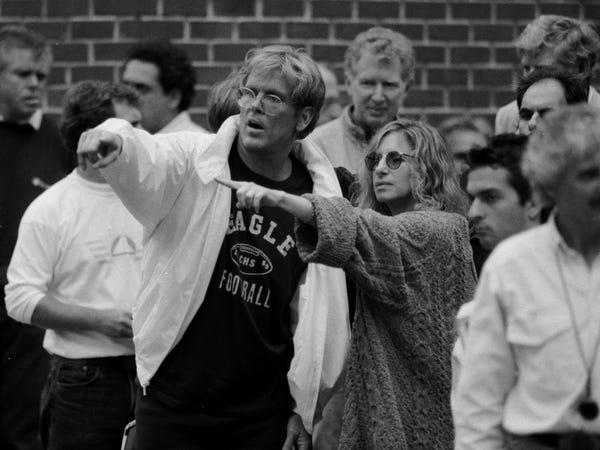 Streisand made her directorial debut with "Yentl" in 1983. It was nominated for five Oscars and won two, but she was snubbed for best director. She did, however, become the first and only woman to win a Golden Globe for best director.

Streisand told Variety it took her years to want to direct again after the snub. In 1991, she directed "The Prince of Tides," which garnered seven Oscar nominations including best picture. Yet again, Streisand's work as a director was not nominated for an award.

"Awakenings" received three Oscar nominations in 1991, but director Penny Marshall was not one of them. 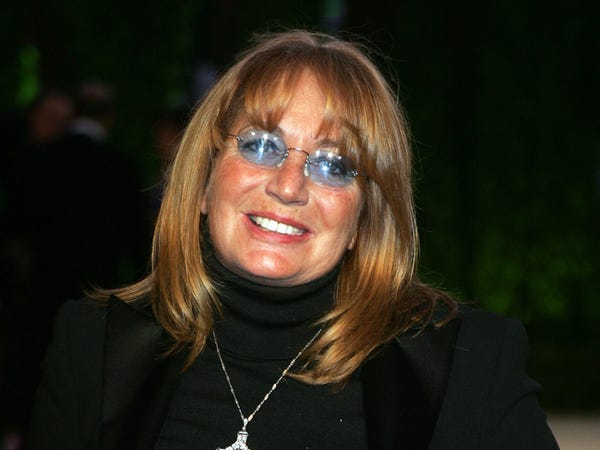 The film was released in December 1990 to critical acclaim — Roger Ebert wrote that Marshall directed the movie "with intelligence and heart."

Jane Campion directed "The Piano" in 1993 and was nominated for best director, but she didn't win. 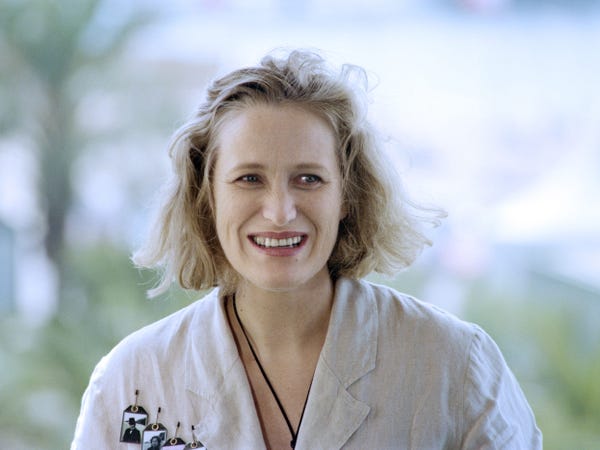 "The Piano" was nominated for a whopping eight Oscars and won three — best screenplay, best supporting actress for Anna Paquin, and best actress for Holly Hunter.

Sofia Coppola won the Oscar for best screenplay for "Lost in Translation," but she lost best director to Peter Jackson. 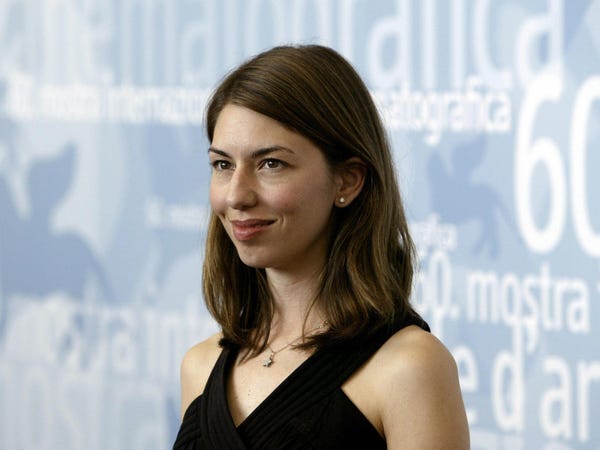 In addition to best screenplay and best director, "Lost in Translation" was nominated for best picture, and Bill Murray for best actor.

Valerie Faris and her husband, Jonathan Dayton, made their directorial debut with the critically acclaimed "Little Miss Sunshine" in 2006, but they weren't nominated for best director. 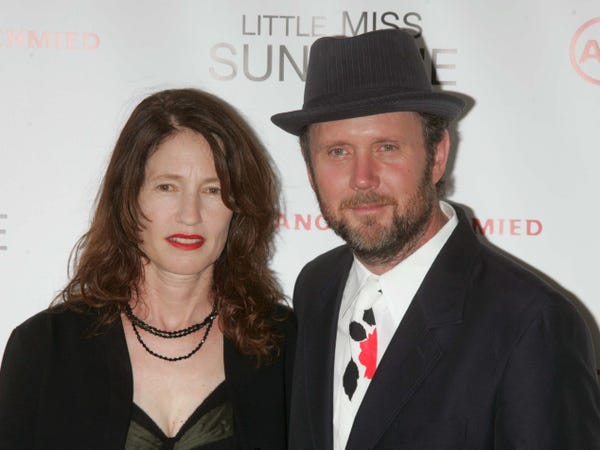 "The Kids Are All Right" was nominated for four Oscars in 2011, but they didn't include a best director nod for Lisa Cholodenko. 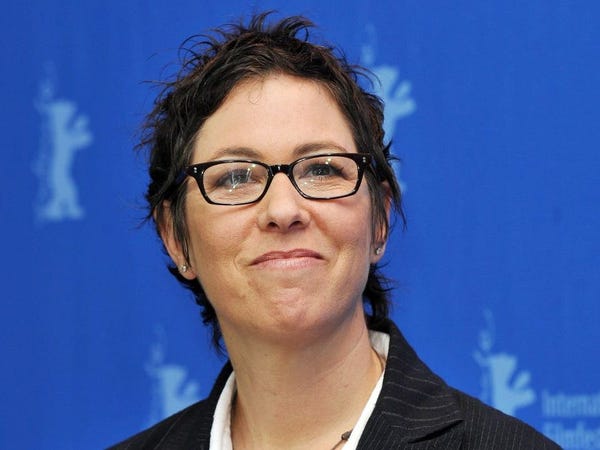 "The Kids Are All Right" was nominated for best original screenplay, best picture, best actress for Annette Bening, and best supporting actor for Mark Ruffalo. The film's other star Julianne Moore was also snubbed.

"Yeah, there were no women in the directing category," producer Celine Rattray told TODAY at the time. "It's interesting because I think the Academy often rewards flashy directing styles like Danny Boyle in '127 Hours.'"

That same year, Debra Granik's directing work on "Winter's Bone" was also overlooked by the Academy. 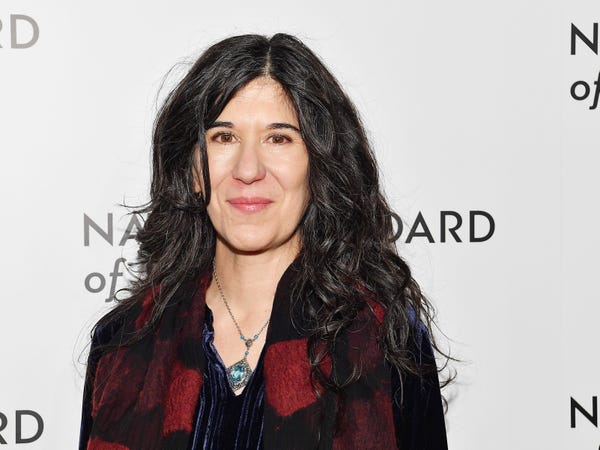 "Winter's Bone" starred Jennifer Lawrence and John Hawkes, both of whom received nominations. It was also nominated for best adapted screenplay and best picture.

Kathryn Bigelow became the first woman to ever win best director for "The Hurt Locker" in 2010, but she was snubbed in 2013 after she directed "Zero Dark Thirty." 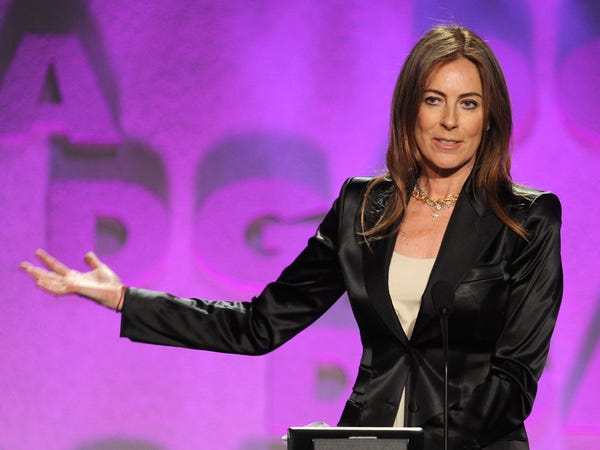 Ava DuVernay could have been the first Black woman nominated for best director for "Selma" in 2015, but the Academy didn't include her. 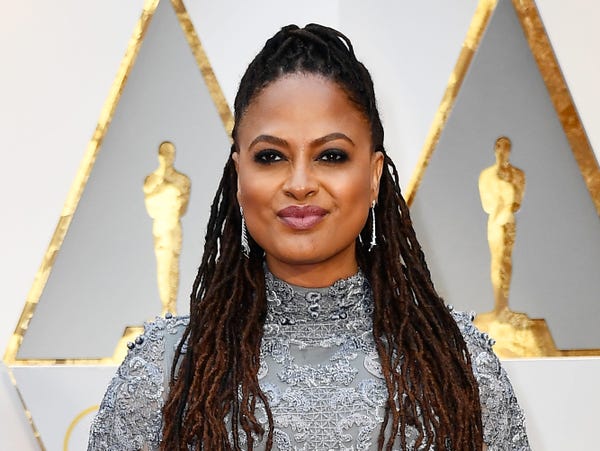 "Selma" was nominated for best picture and won the Oscar for best original song, but DuVernay told Entertainment Weekly in 2015 that she wasn't surprised by the directing snub.

"It would be lovely," she said. "When it happens to whomever it happens to, it will certainly have meaning. This is not me being humble, either. It's math."

"I remember at the premiere of 'Selma' us wearing 'I Can't Breathe' T-shirts in protest," he said at a 2020 Screen Talks live Q&A. "Members of the Academy called in to the studio and our producers saying, 'How dare they do that? Why are they stirring s—?' and 'We are not going to vote for that film because we do not think it is their place to be doing that.' It's part of why that film didn't get everything that people think it should've got and it birthed #OscarsSoWhite. They used their privilege to deny a film on the basis of what they valued in the world."

The Academy responded on Twitter: "Ava & David, we hear you. Unacceptable. We're committed to progress."

"Wonder Woman," directed by Patty Jenkins, was not nominated for a single Oscar. 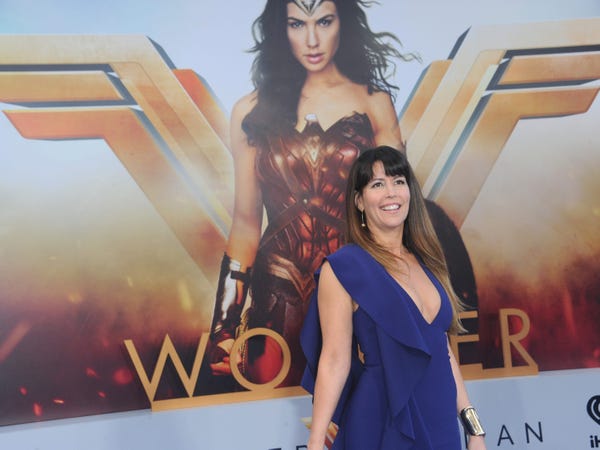 Superhero movies don't usually win Oscars, but there have been exceptions such as "Black Panther" (three Oscars) and "The Dark Knight" (two Oscars). "Wonder Woman" was considered a critically acclaimed contender in 2017, but it was not recognized by the Academy.

The following year, Jenkins spoke to Vulture after other female directors were snubbed. "The Academy is working on this, but the real issue to me is that at the end of the day, no matter what movie you make and no matter how much money it makes, and no matter how diverse the audience is, the voting academy is still very, very limited. Still," she said.

"Harriet" was nominated for two Oscars in 2020, but director Kasi Lemmons didn't receive one. 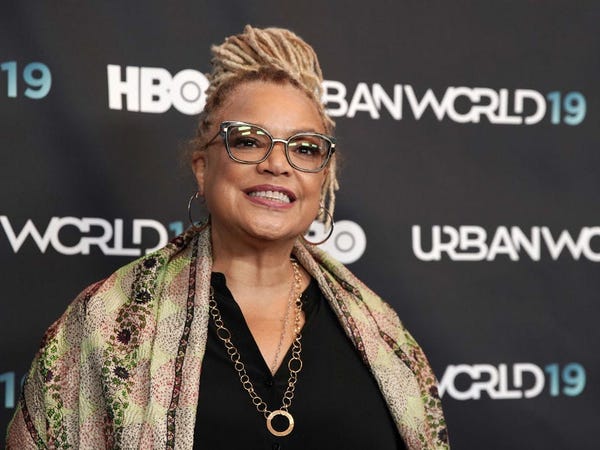 That year, Natalie Portman wore a black Dior cape embroidered with the names of female directors whose worked had been snubbed by the Academy — Lemmons' name was among them.

"I wanted to recognize the women who were not recognized for their incredible work this year, in my subtle way," Portman told the LA Times.

"Queen and Slim," directed by Melina Matsoukas, was not nominated for any Academy Awards in 2020. 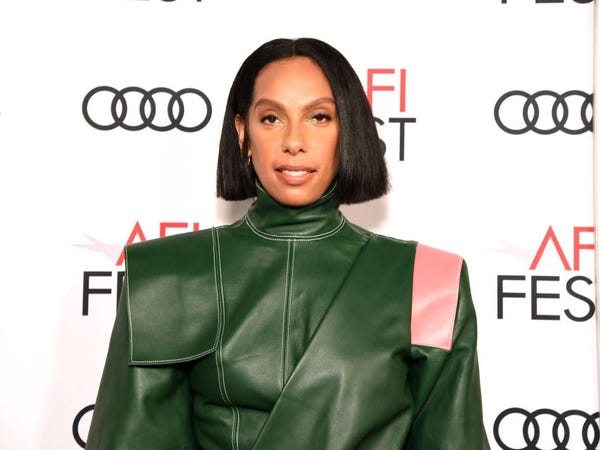 The Director's Guild of America nominated Matsoukas for outstanding directorial achievement in first-time feature film. But at the 2020 Oscars, the best director category was all male, prompting Issa Rae to introduce the nominees by saying, "Congratulations to those men."

In 2020, Greta Gerwig was nominated for best adapted screenplay for "Little Women," but not for best director. 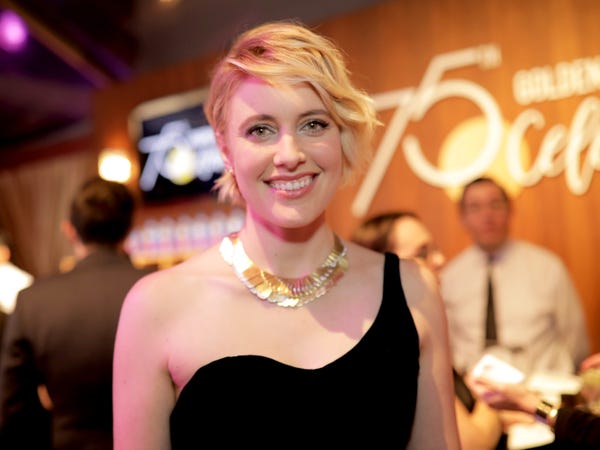 "To nominate Greta for best picture and best screenplay and best actresses but not best director just truly speaks to the way we don't view women as auteurs no matter how much they clearly ARE," Decider's senior film reporter, Anna Menta, wrote on Twitter.

Marielle Heller wasn't nominated for best director for her film "A Beautiful Day in the Neighborhood," or for "Can You Ever Forgive Me?" 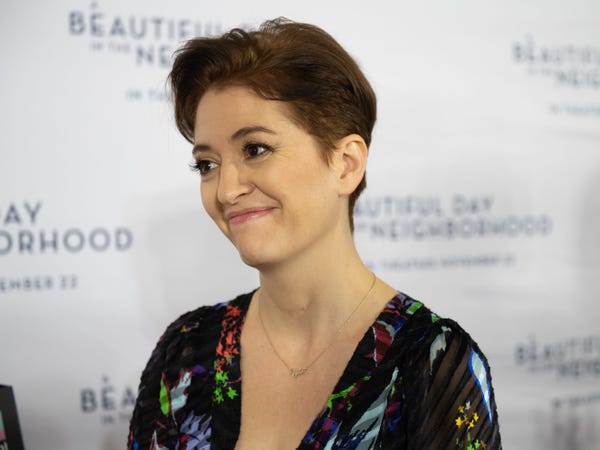 Tom Hanks received an Oscar nod for best actor for his portrayal of Mr. Rogers (he lost to Joaquin Phoenix) in "A Beautiful Day in the Neighborhood" in 2020, but Heller's directing work did not receive a nomination.

It was the second snub in a row for Heller: The year prior, her movie, "Can You Ever Forgive Me?" earned Melissa McCarthy and Richard E. Grant Golden Globe and Oscar nominations, but Heller was not nominated.

"This was an incredible year for women filmmakers," Heller said in 2019, W magazine reported. "A lot of us made really worthy movies."

She added, "But that was our undoing. There were too many of us, and the world doesn't know how to handle more than one good female director at a time."

"The Farewell," directed by Lulu Wang, was not nominated for any Oscars, despite rave reviews. 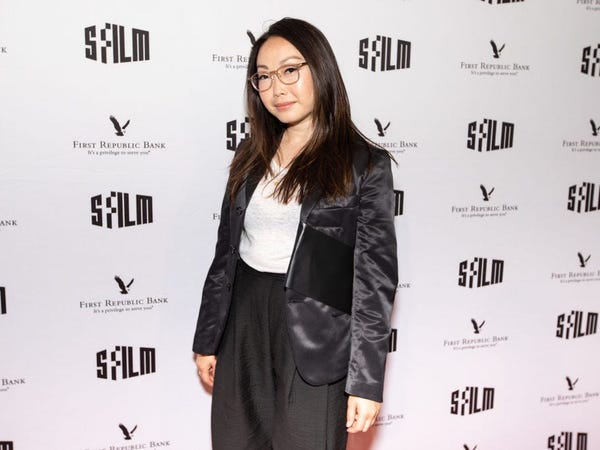 While the film was snubbed at the Oscars, "The Farewell" was nominated for a Golden Globe for best picture, and Awkafina won the award for best actress.

Alma Har'el won the first-time feature film award from the Directors Guild Of America for "Honey Boy" in 2020, but she wasn't nominated for any Oscars. 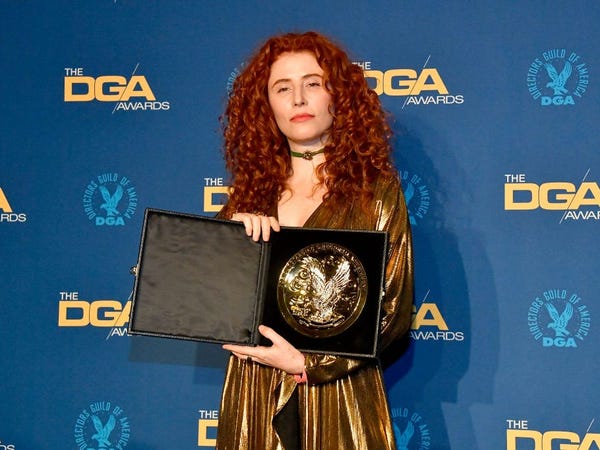 "Honey Boy" garnered Oscar buzz and critical acclaim, but ultimately was not nominated for any Academy Awards.