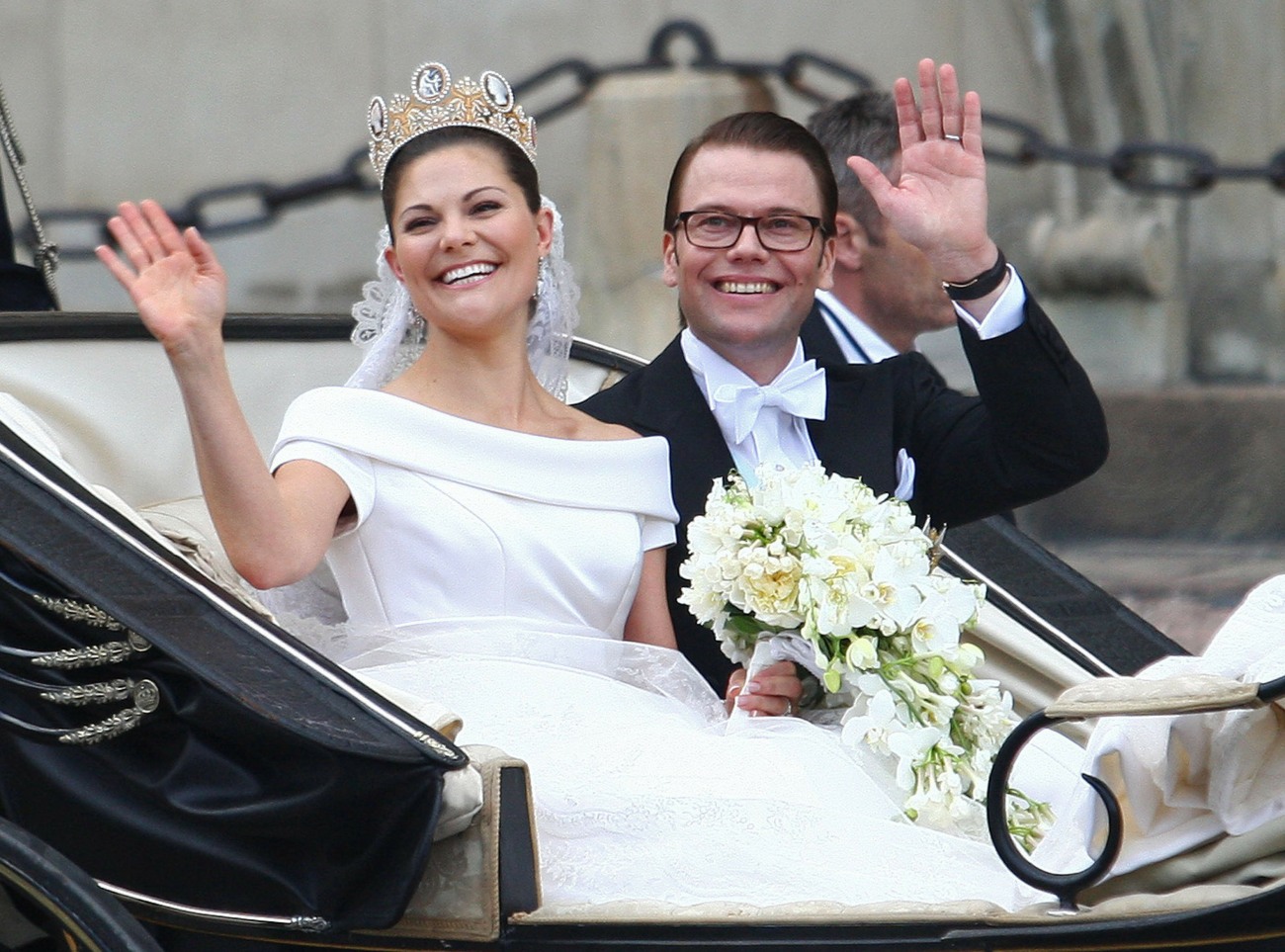 I remember covering Sweden’s Crown Princess Victoria for her wedding, and it was one of the first times I ever wrote about her. I remember vaguely liking her dress, but now that I’m seeing it ten years later, I like it even more. Victoria and Daniel’s 10th wedding anniversary is on June 19th (same as the Earl and Countess of Wessex). I was reminded of their wedding photos when I wrote about their stunning anniversary portraits earlier this week, and I decided to do a “remember when” vintage wedding post for the Swedes and fans-of-Swedes.

I think I’m feeling particularly positive in my revisionist history of Vicky and Dan’s wedding because in retrospect, it was so joyful and fun and she wasn’t afraid to be cheesy and openly adorable. She was SO HAPPY on her wedding day and she couldn’t help but radiate that joy. Plus, in retrospect, her dress was so much better than the other royal gowns we would see over the following years. She went with a Swedish designer, Pär Engsheden, and she did an off-the-shoulder cap-sleeve in cream silk satin. The gown was super-flattering on her figure and she wasn’t drowning in fabric, nor did she look too “undone.” She paired her gown with pieces from the Cameo set – the Cameo tiara, earrings and bracelet.

She really was a beautiful bride. Daniel seemed overwhelmed by all of the attention, but the way he played along with Victoria was really sweet. He fell in love with the girl who will be queen one day. He got his princess. 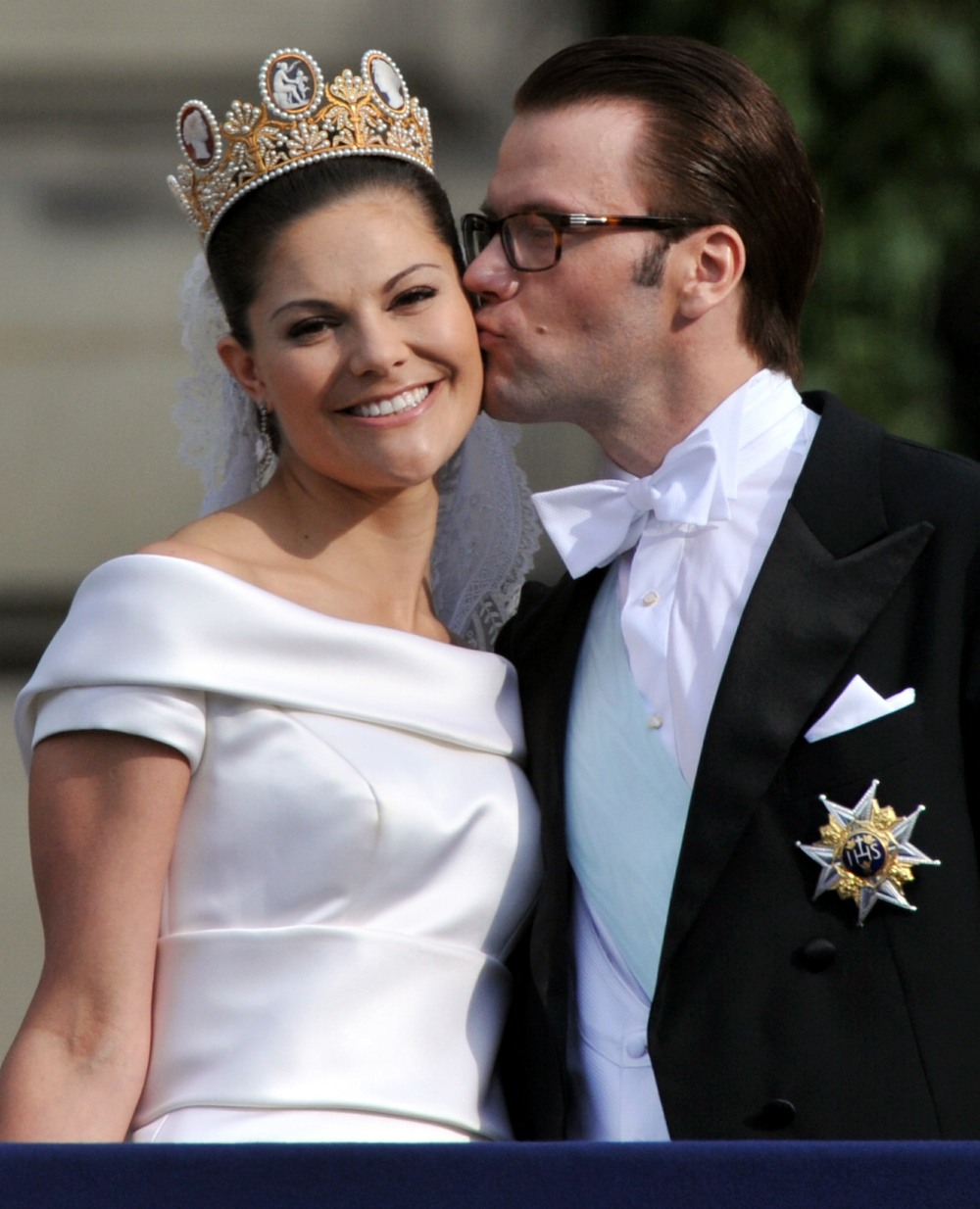 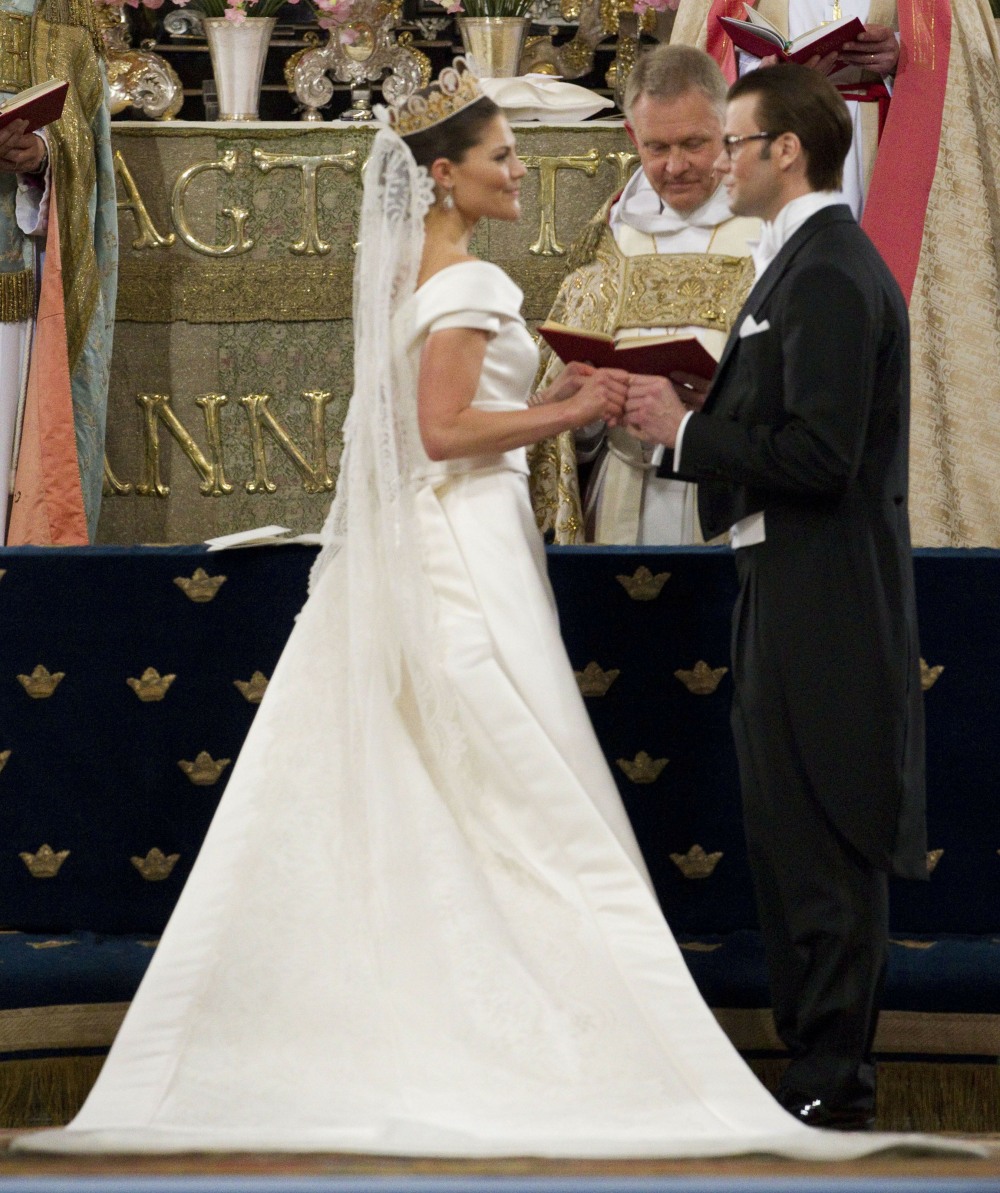 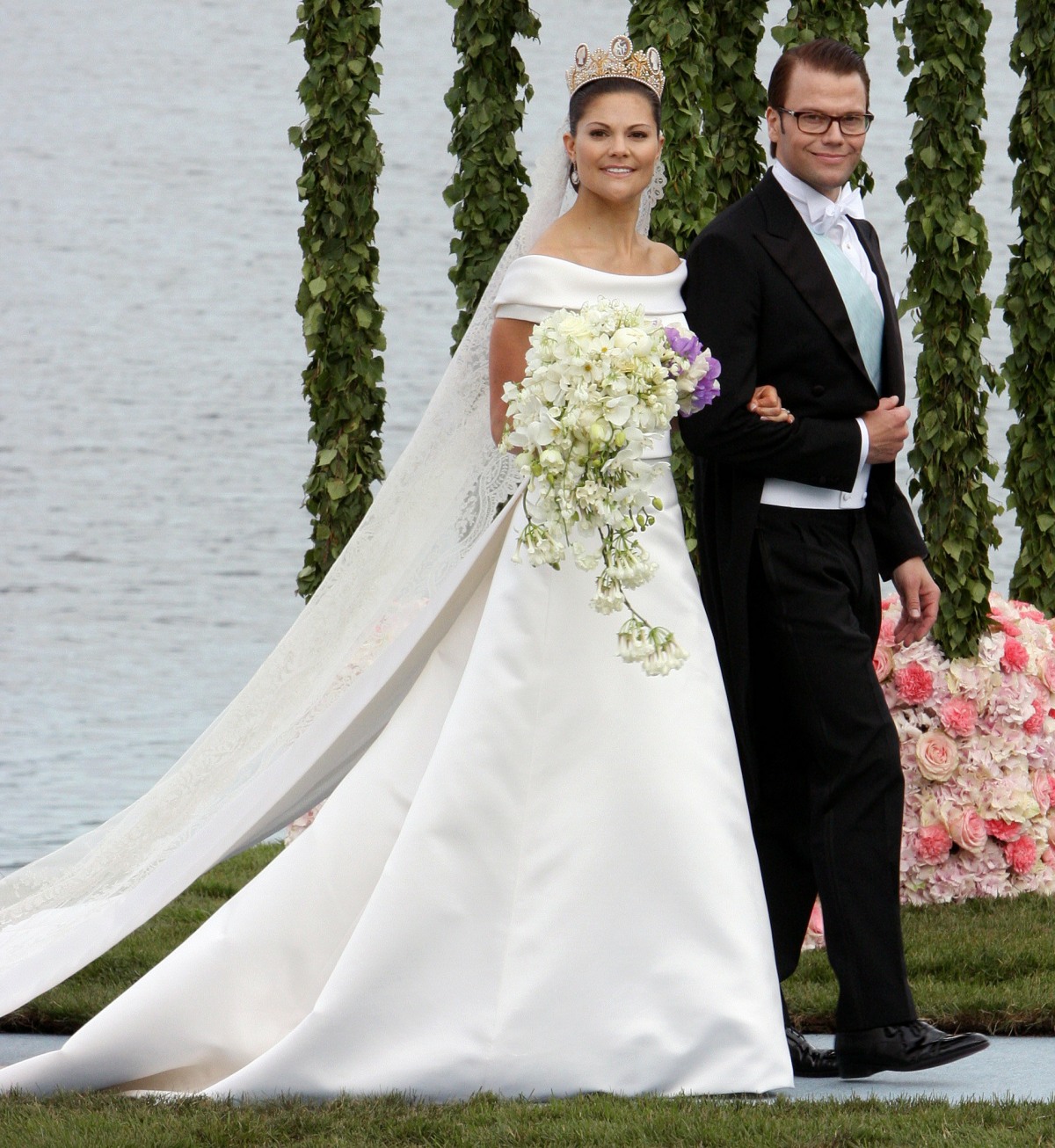