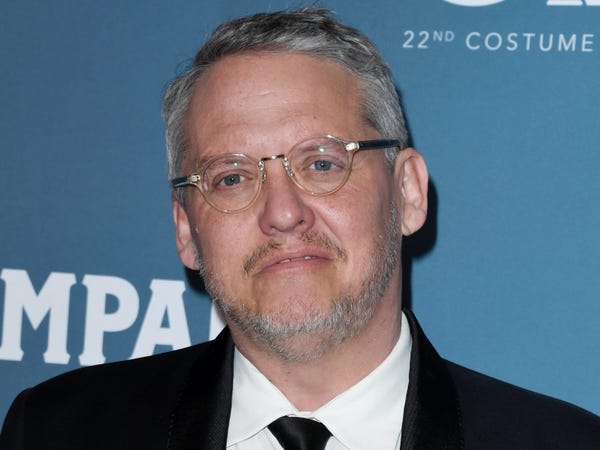 Adam McKay is going back to comedy and he says it was essential after making a movie about former Vice President Dick Cheney.

The director, known for making classic Will Ferrell comedies like "Anchorman," "Talladega Nights," and "Step Brothers," and who recently shifted to more dramatic satires like "The Big Short" and "Vice" — the movie about Cheney in which Christian Bale played the VP — warned not to expect his new movie "Don't Look Up" to be at the level of wacky stuff he did with Ferrell, but it's definitely a comedy.

"I don't think it's a 'Step Brothers'-type of comedy," McKay told Insider while taking a break from preproduction on the movie to talk about the HBO documentary he executive produced, "537 Votes," which looks back on how Florida decided the 2000 election between George W. Bush and Al Gore. "I would compare it more to somewhere between the Mike Judge stuff and 'Wag the Dog.' A hard funny satire is what we're going for."

The movie, which will be released through Netflix, follows two astronomers who try to warn the world that a giant meteorite will destroy Earth in six months. Jennifer Lawrence and Cate Blanchett star.

McKay said the motivation to go back to comedy was because of the material explored in "Vice."

"I needed to laugh because that was the bleakest thing I've ever worked on," he said.

Since "Vice" McKay has certainly shifted in tone. He directing the pilot of the upcoming HBO series on the 1980-era "Showtime" Los Angeles Lakers NBA team, which stars John C. Reilly. And now he's in Boston preparing for "Don't Look Up."

"I think, God almighty do we need laughter right now," said McKay, referring not just to the global pandemic but also US politics. "It's the only way I'm getting through this. You just have to laugh at the cravenness of not just Trump but the Republican party. And I'm also going to say the ineptness of the Democrats and the weakness of them, which I think shines through nicely in '537 Votes.'"

"So, hell yeah," McKay added, "we are definitely working on a comedy."