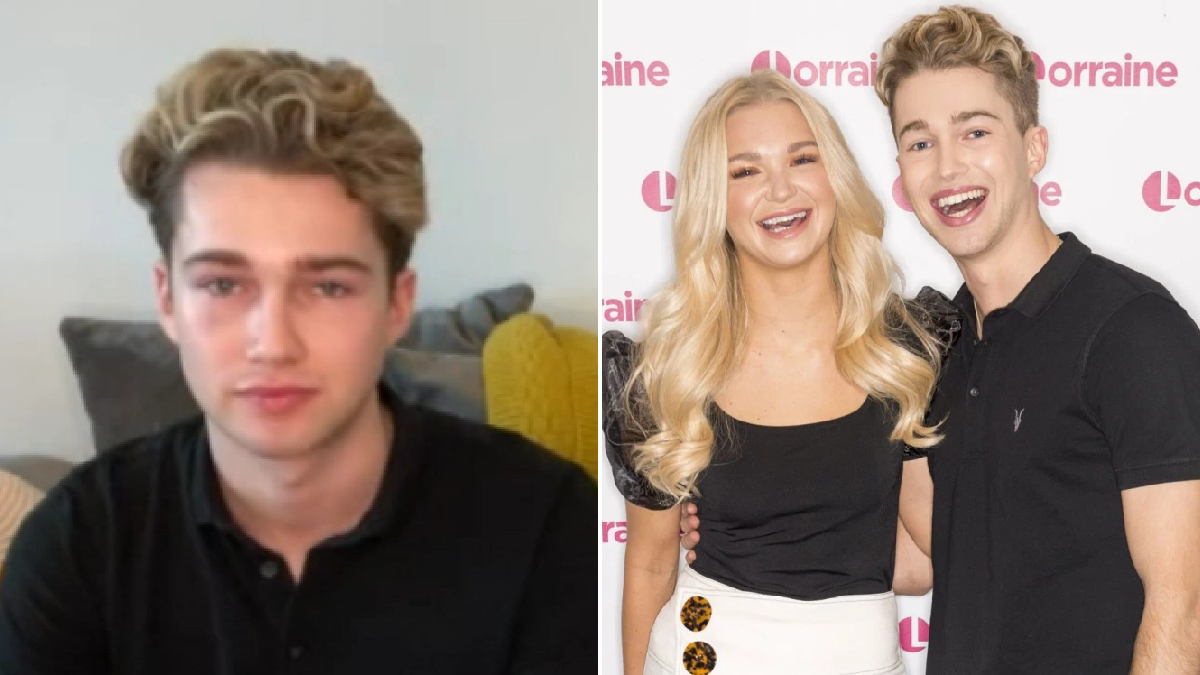 AJ Pritchard has revealed he’s doing everything he can to reassure girlfriend Abbie Quinnen that he ‘still loves her’ following her fire accident.

The former Strictly Come Dancing star has been a pillar of support for Abbie since she suffered third-degree burns in January.

Abbie, 24, was filming a life hack involving a vase when she became engulfed in flames after lighting the glass. She was rushed to a London hospital and treated for her wounds after boyfriend AJ and his brother Curtis Pritchard rushed to put out the flames.

In his latest column for OK! Magazine, AJ reveals how he cares for Abbie and provides reassurance as she comes to terms with the accident.

‘I think for me, if anybody’s gone through anything or within family – actions speak louder than words,’ he said.

‘Me being there all the time and helping her and even her being there to help me. Doing nice things for her birthday – things like that.

‘For me, it’s always been about actions and this instance I obviously show that I still love her and we’re in this together.’

It was previously asked that Abbie had asked AJ: ‘Do you still love me?’

AJ, 26, also shared an update on Abbie’s progress and added: ‘She’s doing really good. The weather changing, getting a bit nicer, a bit warmer, helps us all. Her recovery is going really well.’

Professional dancer Abbie recently showed her face on social media for the first time, feeling comfortable to return while recovering from her injuries.

She had to have three skin grafts and has visited hospital around 20 times.

The performer recently celebrated her 24th birthday and was ‘spoiled rotten’ by AJ, who treated her to a fancy lunch in London while also decorating their flat with balloons, decorations and a birthday cake.