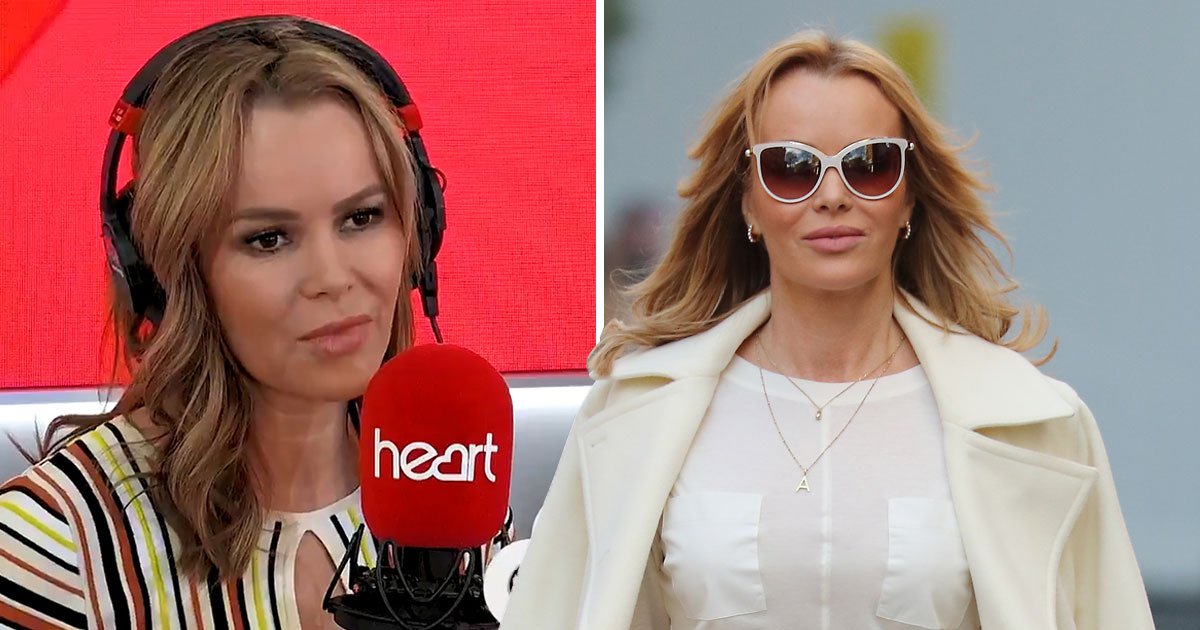 Amanda Holden will be noticeably absent from her Heart Breakfast radio show this week, coincidentally after she admitted to breaking lockdown rules.

The Britain’s Got Talent judge is set to take a break from her daily programme, which she hosts alongside Jamie Theakston, during the half-term break.

It means Amanda, 49, will get to spend quality time with her children; Alexa, 15, and Hollie, nine, and also celebrate her milestone 50th birthday on Tuesday.

On Monday, Jamie will be joined by Lucy Horobin who will fill in for the rest of the week.

According to the Mirror, Amanda’s break was pre-planned before the controversial lockdown breach.

It was reported that the TV star travelled from her home in Richmond-upon-Thames, Surrey to her parent’s home in Cornwall after receiving a ‘distressing’ phone call.

England is currently under a national lockdown which bans non-essential travel. However, there are exceptions to provide emergency assistance or to care for the elderly and vulnerable.

Amanda admitted to breaching the rules in her statement, with an agent saying on her behalf: ‘Amanda is aware of the rules and is devastated she had to break them.’

The presenter’s spokesperson added to The Sun: ‘Amanda is aware that all families are going through difficulty during these turbulent times but received a distressing telephone call from her elderly father on Friday afternoon.

‘On balance Amanda felt the round trip to Cornwall necessary to contain the matter at her family home. The very personal situation has now been aided and Amanda is back in London.

‘Amanda did not act on a whim and has adhered to Covid rules every step of the way in all three lockdowns.’

It was also claimed that some locals reported Amanda to the police however, Devon and Cornwall Police declined to comment when approached by Metro.co.uk.

According to the spokesperson, Amanda is ‘aware of the travel rules’ and is ‘devastated she had to break them on this one occasion’.

Justifying her actions, the rep said that because her parents are vaccinated and Amanda is tested for coronavirus weekly, she ‘felt she was not putting her parents at risk’.

‘She did not come in contact with any member of the public,’ they stated.