Almost royal! Amanza Smith reflected on her first season of Deal or No Deal, joking with Us Weekly about how she almost became a princess based on the gig.

Stars Who Got Their Start on Reality TV

During a game of Us’ “Instagram Breakdown,” the Selling Sunset star, 43, quipped that she could have been a duchess like Meghan Markle since the women were briefcase holders on the hit game show only one season apart. Markle, who married Prince Harry in May 2018, was a suitcase model on the show for two seasons before starring on Suits beginning in 2011. 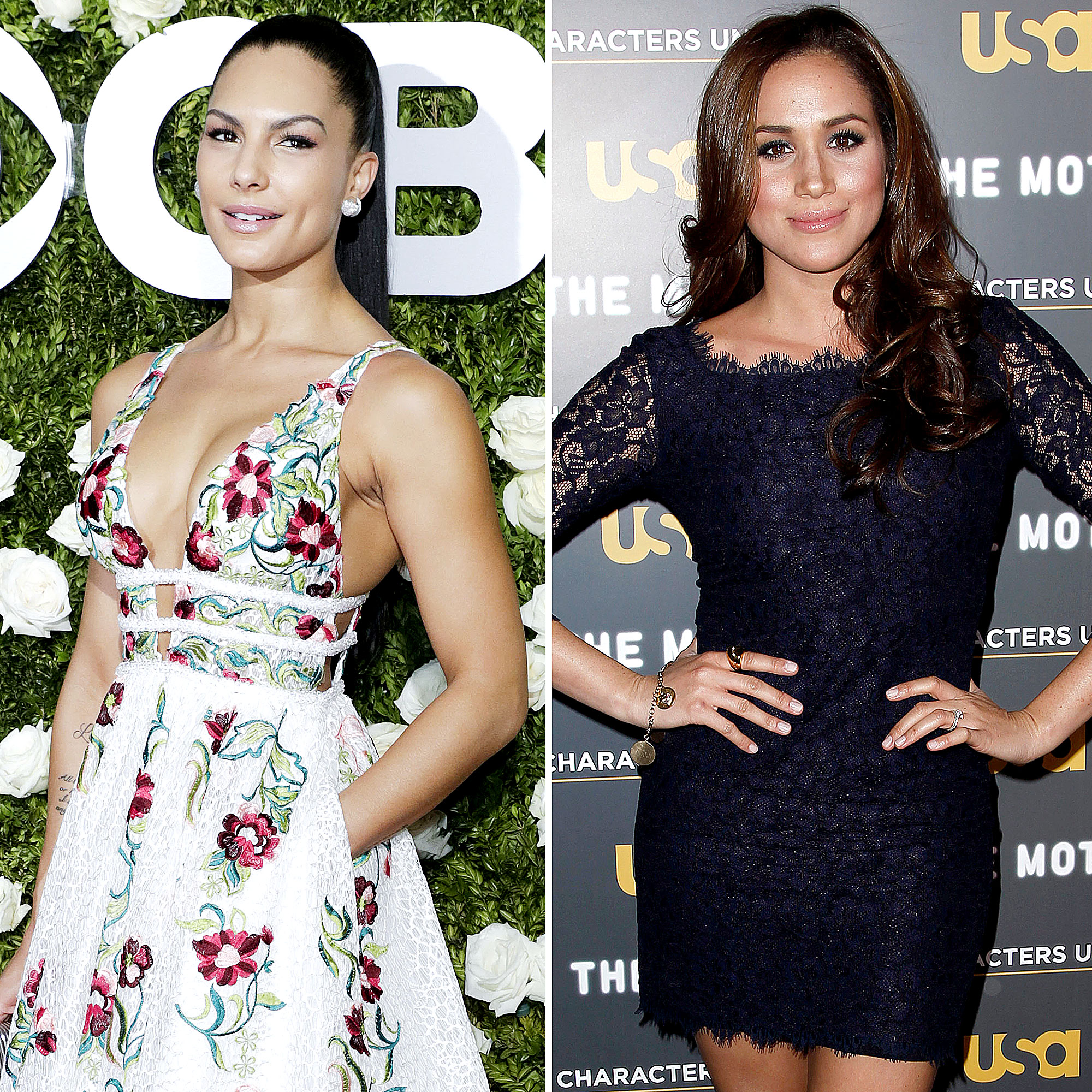 “She was on a season before me, and I always joke because I’m mixed, like, ‘I was one season shy being a princess,’” she exclusively told Us, while looking back at a throwback 2008 photo she posted on Instagram in April 2018. “I love it. I don’t think I would have fit in the royal palace. I have too many tattoos and yeah [and] I like to drink.”

While discussing the social media snap, which showed Smith in a pink fitted dress holding case No. 19, the reality star noted she might have also been pregnant at the time with her first child, daughter Noah.

The Claws Are Out! Biggest ‘Selling Sunset’ Feuds

“That’s before my daughter was born, so it was at least 11 years ago. The first round of Deal or No Deal,” she explained. “I think I was probably pregnant in that picture and didn’t know it because when we went on hiatus — when we wrapped this season — I found out I was pregnant with Noah, like, probably two weeks later. So, she could have been in that she could have been the bun in the oven right there.”

The TV personality, who shares Noah and son Braker with her ex-husband, Ralph Brown, also revealed the story behind one of her funniest Instagram videos involving chicken wings and bikini lunges.

Smith explained that after her friends asked whether she and pal Mary Fitzgerald did Pilates or worked out often to stay in such good shape, the duo found themselves exercising at a pool party together in April 2018.

“Neither one of us have literally seen the inside of a gym in like 10 years,” the model told Us, noting she “went through the [phase] where I was, like, ‘I feel like I’m getting a mom ass. It used to be here and now, it’s, like, half leg, half ass.’”

So, while at a pool party at her boss Jason Oppenheim’s house, she said, “I’m just going to lunge everywhere I go,” turning to Fitzgerald, 39, for help. “I was, like, ‘OK, I need some motivation,’” she recalled. “[Mary] was literally holding like a chicken leg and I was lunging towards the food.”

For more on Smith’s sauciest and most memorable Instagram photos, including what happened when the Selling Sunset ladies took Heather Rae Young and Tarek El Moussa’s boat out before the COVID-19 pandemic shutdown, watch the exclusive Us Weekly video above.