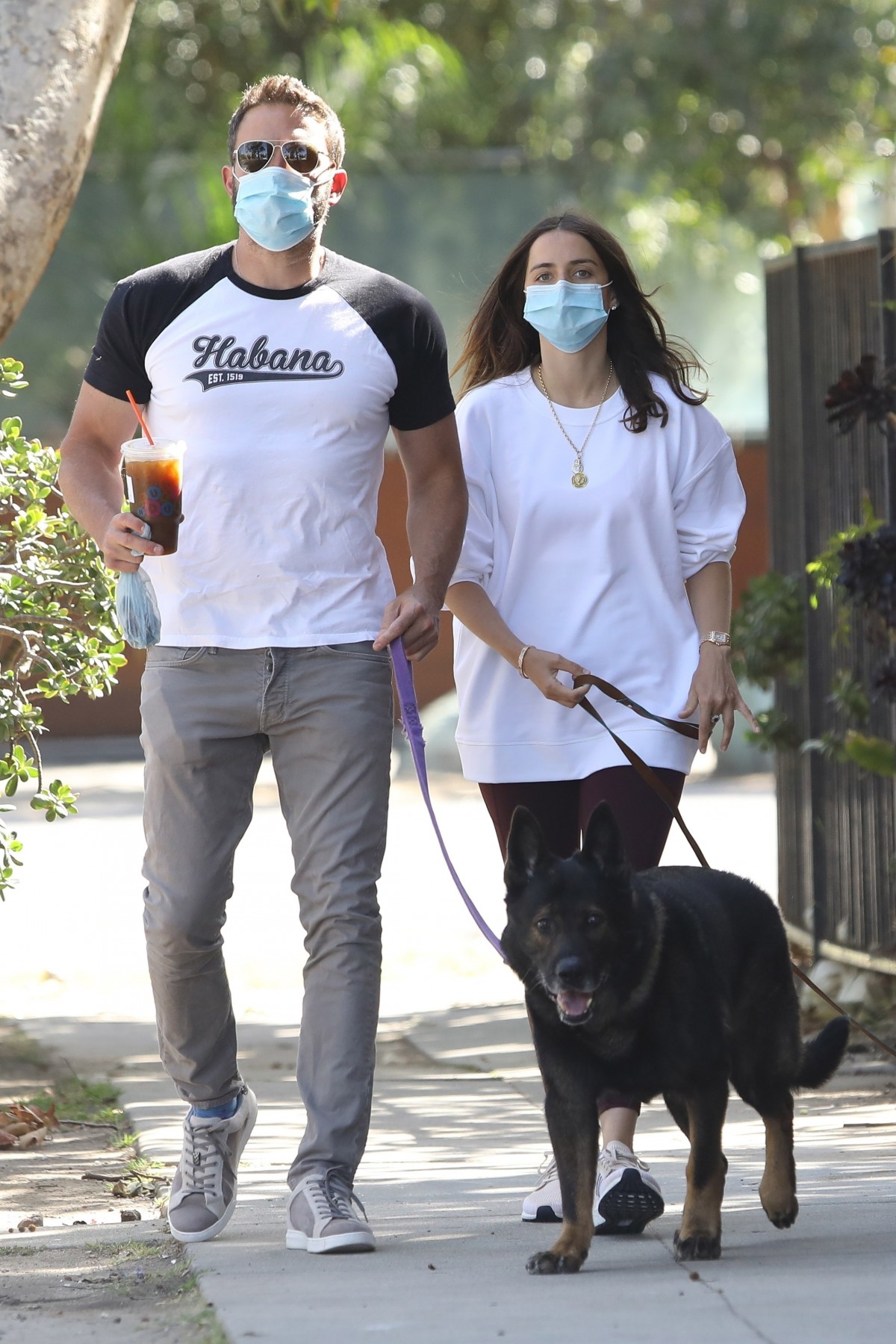 Do you remember how Ben Affleck was wearing Ana de Armas’ half heart necklace? (I’m pretty sure he was just wearing hers and it wasn’t two sides of the same necklace as some outlets reported. It looks like he may be wearing it under his shirt now.) Well now she’s been seen out in a green button-up shirt that’s his. We don’t have access to all those photos, but you can see them on JustJared. This is such a high school move, to be seen in the other person’s clothes, just like the necklace.

We’ve been getting some updates on Ana and Ben’s relationship from US Magazine, which reports that Ana admires Ben so much for juggling work and his kids while making their relationship a priority.

“[Ana] thinks Ben is such a sweet and nice guy,” a source tells Us Weekly exclusively. “[She] admires how he juggles so much between work, his kids and coparenting with Jen.”

According to the insider, [Affleck] “splits his time [between Ana and his family] and, as always, the kids are the most important thing in his life.” That being said, Affleck “always makes sure he has time for [Ana] and that she is number one,” the source adds.

“He really just wants her to be happy and is always doing thoughtful gestures,” the insider explained. “Ana is also very attracted to Ben and thinks he’s so cute. They’re in a great place.”

The US article includes older insider quotes from US including that Ana “feels like the luckiest girl to be with [Ben].” US also has one of their brief news videos reminding us that Ana hasn’t met Ben’s kids yet and that Ben would “work with Jen to prepare the kids for meeting [Ana].” Plus they remind us that Ben and Ana are thinking of having kids together, and they mention that they’ve only been dating since early March. It’s possible that US is coming up with that timeline, and we know that Ben and Ana started working together late last year. Given how many quotes from Ben’s side US is getting, I believe that they’ve been together less than three months.

As for Ben juggling work and his kids, how much is he working now and how much is he seeing his kids? Many divorced parents split 50/50 custody and keep 9 to 5 jobs.

Here are new photos of Ben and Ana walking their dogs yesterday while they hold hands and Ben sips an iced coffee through the bottom of his mask. Do you think they have hand sanitizer with them? Also who picked up the poo? 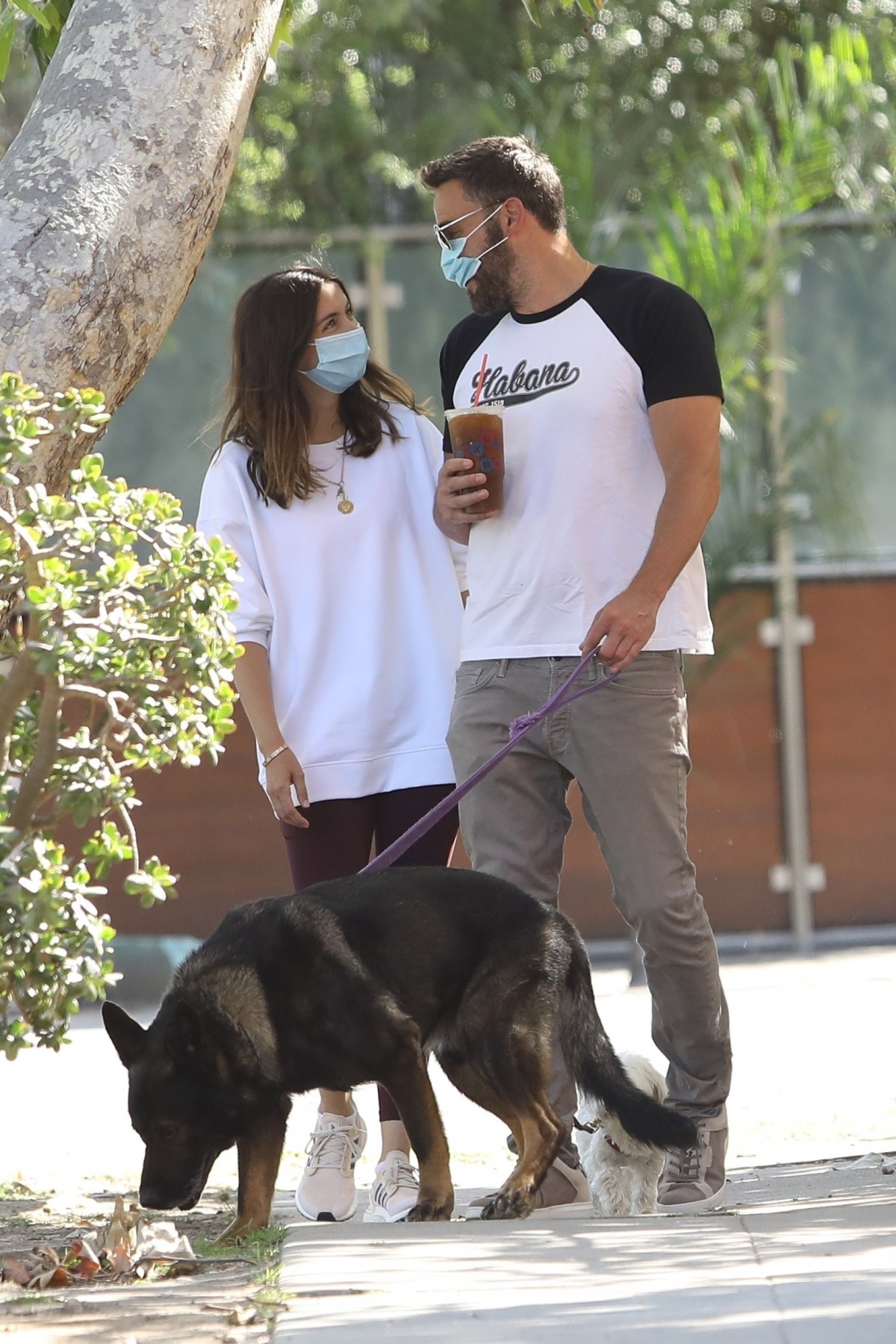 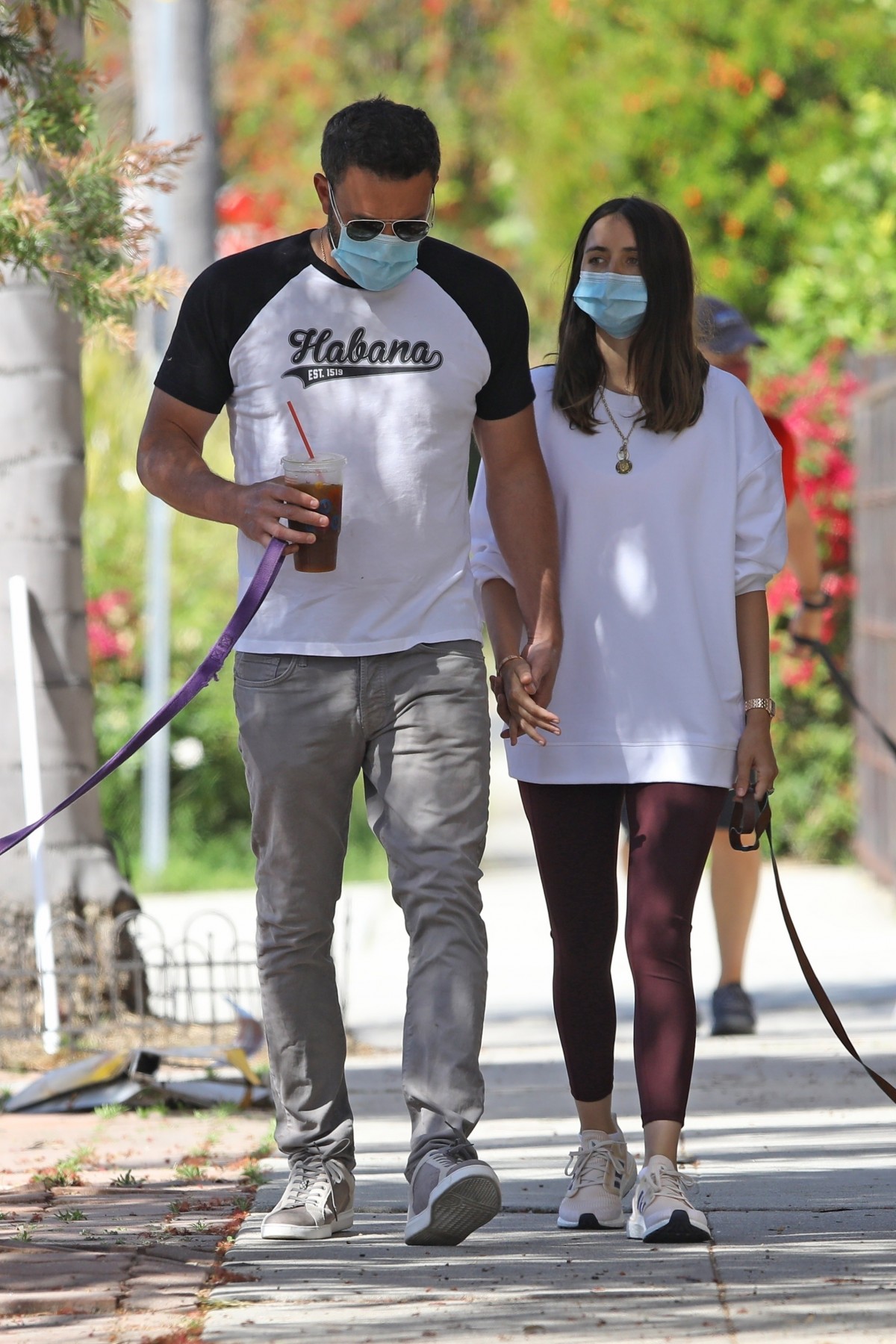