Fans of Kim Cattrall’s Sex And The City character Samantha got some welcome news on Tuesday when And Just Like That… showrunner Michael Patrick King revealed the character would still have a presence in season two of the continuation series.

King, 67, shared with Variety that the character will still keep up her conversations with Carrie (Sarah Jessica Parker) — but only via text message.

Fans shouldn’t expect to see Samantha — played by Kim Cattrall, 65 — in the flesh, as the actress has been open about not wanting to return to the series amid her ongoing feud with Parker, 57. 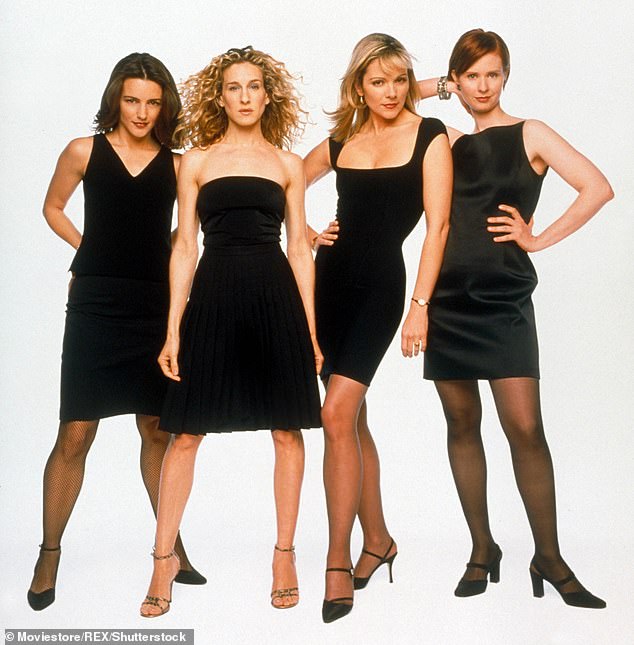 In spirit: And Just Like That… showrunner Michael Patrick King told Variety on Tuesday that Samantha will again appear in season two, but only via text message as Kim Cattrall continues to boycott the series; Kristin Davis, Sarah Jessica Parker, Cattrall and Cynthia Nixon pictured

King gave a resounding ‘Yes!’ when asked if Carrie and Samantha would still be texting in the upcoming season, as they did briefly in the first season.

The texting culminated in the first season finale, in which Carrie asked her absent friend to meet up with her when she took a trip to Paris to scatter Big’s ashes.

‘I’m in Paris. Want to meet for a cocktail?’ she texts Samantha.

King delved into what the writers imagined would have been said between the two women in the scene, which went unfilmed due to Cattrall’s ongoing boycott of the series. 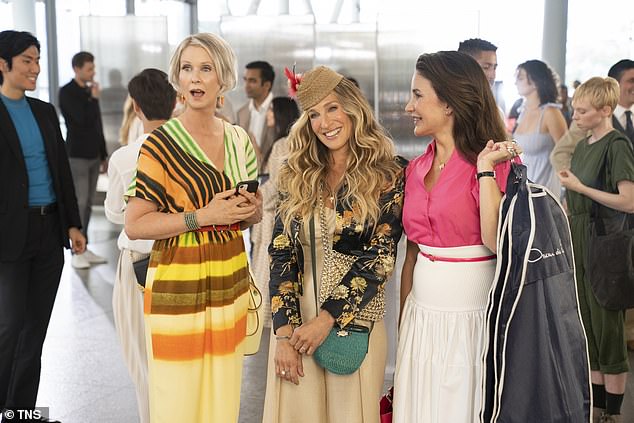 Off screen: In the season one finale, Carrie and Samantha texted and met up off-camera. Cattrall isn’t part of the show following her years-long feud with Parker; still from And Just Like That 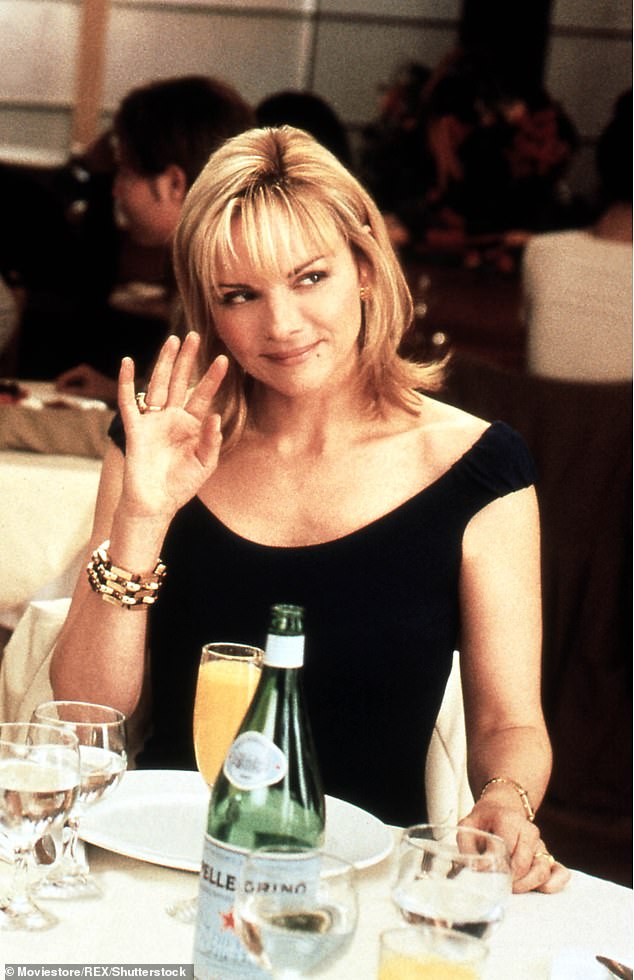 Mystery: ‘It’s very funny, because every single one of the writers has a different version of what happened during that conversation,’ King said of the meeting; Cattrall seen on SATC

‘It’s very funny, because every single one of the writers has a different version of what happened during that conversation,’ he said. ‘So, I think there was some Champagne. I think there was a grownup back and forth, and a love affair that they realized that something’s more important than being afraid to heal. I’m sure they had a great night. To me, they had a great night and things became resolved. Once Carrie let go of an old, old love, one of her current loves came back in.’

King said And Just Like That aims to start filming again in October in hopes of being ready to air on HBO Max by the summer of 2023.

Elsewhere in the interview, he shared how the series managed to keep the death of Mr. Big (Chris Noth) a secret until the premiere.

‘The big miracle is that we got the show on the air before anyone knew that Mr. Big died,’ he said. ‘I mean, that’s Herculean.’ 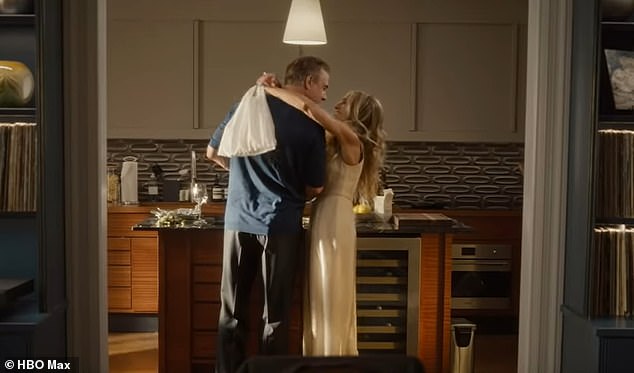 Tricky: King also revealed that he had Chris Noth appear at his own funeral to throw off some of the extras and to prevent them from blabbing about his death; still from And Just Like That

In order to stop any extras from blabbing, King brought Noth to set while a funeral for his character was being filmed.

Fake eulogies were performed, but eventually it was necessary to get down to business, so King sent home half of the extras early, leaving 75 to be in the scenes.

‘I took Sarah Jessica by the hand, and we stood up and said, “OK, I kept 75 of you because we want you to keep our secret. And this is Mr. Big’s funeral, and we’ve done everything we can to keep it a secret. And it’s very important to the show and we would love it. And then on December the 13th, the day after it airs, you can tell everybody you were there and you knew.”

‘And they did!’ he exclaimed. ‘And I think that’s respect out of love for Carrie. I really think it’s about, “Why would we ruin Carrie’s show?” I feel like they it’s their show too.’

King also had some fun in the interview by sharing which character he felt closest to.

‘Margaret Cho says you get two: you get a primary Zodiac Sex And The City, and then you get one rising,’ he explained. ‘So, I’m Carrie and a Miranda.’ 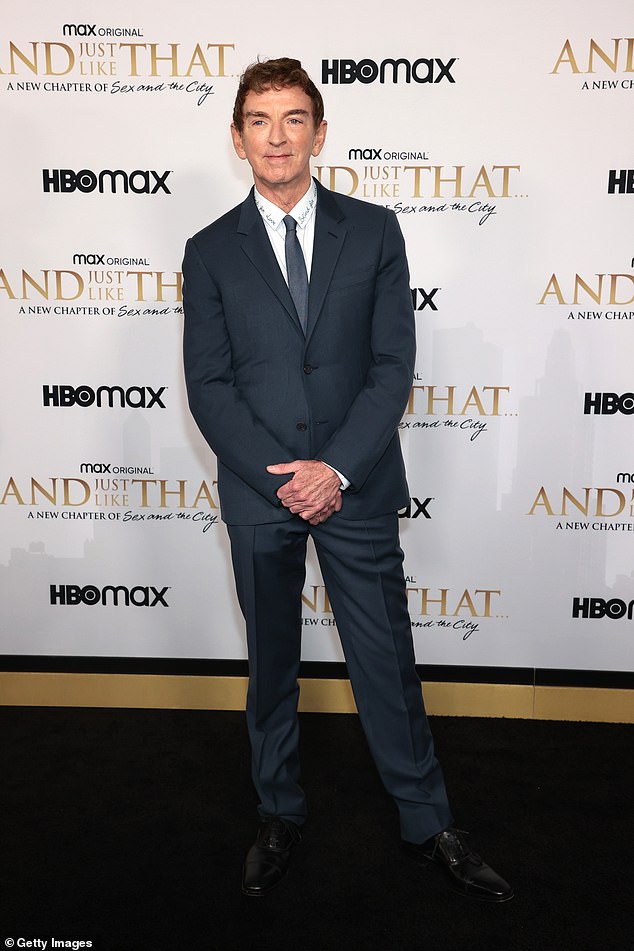 Playing around: King also had some fun by sharing which character he felt closest to. ‘Margaret Cho says you get two: you get a primary Zodiac Sex And The City, and then you get one rising,’ he explained. ‘So, I’m Carrie and a Miranda’; seen in December in NYC