As rumors and reports about Porsha Williams and Simon Guobadia’s engagement continue to swirl, Andy Cohen is weighing in on the Real Housewives of Atlanta star’s whirlwind romance.

“I think it’s wild, man,” the 52-year-old Bravo producer said on Watch What Happens Live With Andy Cohen on Thursday, May 13. “I’m staying tuned. I can’t wait to find out more.” 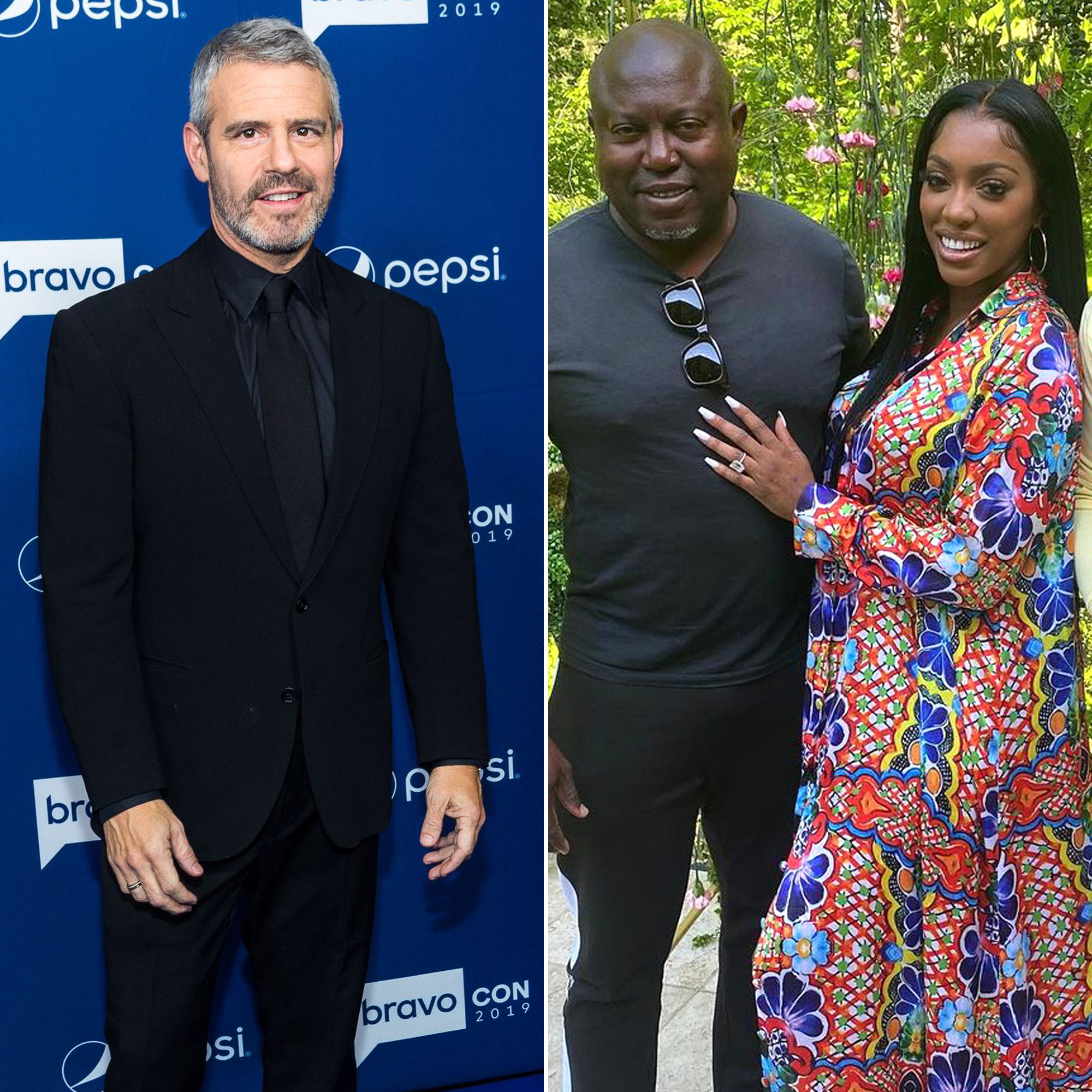 Williams, 39, announced her engagement to Guobadia, 56, (costar Falynn Guobadia’s ex) earlier this month. In addition to Falynn throwing shade at the pair for getting together, Simon is shooting down allegations that he’s been unfaithful to Williams after a woman named Jessica Harris claimed they had a relationship after they met in March.

“Let’s have some fun. If anyone can show credible receipts that I cheated on my ex-wife between 6/14/2019 (date of marriage) and 1/15/2021 (date of initial divorce filing), I have $50,000 waiting for you,” Simon wrote via Instagram. “In the meantime, we have timeline issues with someone claiming to have dated me at the same time as my fiancé Porsha. I have an extra $25,000 for any receipt showing that this actually happened. Let’s get to some facts.”

Williams debuted her romance with Simon on May 10, noting that they got together “a month ago” and fell “crazy in love” with each other. The news came less than one month after Falynn publicly announced their divorce on April 22 after their 2019 nuptials.

“I know it’s fast but we are living life each day to its fullest. I choose happiness every morning and every night. Tuning out all negative energy and only focused on positive wishes. He makes me so happy and to me, that is what matters most,” the reality TV personality wrote. “For all of you that need facts, I get the optics but Simon filed for divorce from a previous marriage in January. I had nothing to do with their divorce filing. That’s between the two of them.”

While Falynn was previously identified as “Porsha’s friend” on RHOA, she addressed the nature of their relationship in her post, “Falynn and I are not friends, and Simon’s divorce has been settled. Our relationship is a positive, loving step forward in everybody’s lives.”

Simon later confirmed that he popped the question, writing via Instagram, “When I asked … she said yes. That is ALL that mattered.”

Falynn, for her part, released a statement to Us Weekly on Tuesday, May 11: “I want to thank everyone for reaching out to me and offering their love and support. At this time, I am focusing on finalizing my divorce and healing. Sending positivity to all of you.”

While Simon is a father of five, Williams shares 2-year-old daughter Pilar with ex-fiancé Dennis McKinley.