Home » Celebrities » Anton du Beke addresses backlash from Jacqui Smith: ’She turns it into something else’

Anton du Beke addresses backlash from Jacqui Smith: ’She turns it into something else’

Strictly Come Dancing 2020 is now underway, as 12 new celebrities and their professional partners took to the dance floor in the show’s first socially distanced series last week. As the pros put their partners through their paces for the week one kick off, Anton du Beke, 54, wasn’t best impressed when former Home Secretary Jacqui Smith, 57, turned his compliment into something negative.

I pay her a compliment and she turns it into something else!

The pair made their debut in the Strictly ballroom dancing the Foxtrot to the aptly appropriate Monty Python soundtrack, Always Look on the Bright Side of Life.

“You’ve gone for it Anton!” Kim exclaimed after Jacqui revealed hats and canes would be incorporated into their performance. 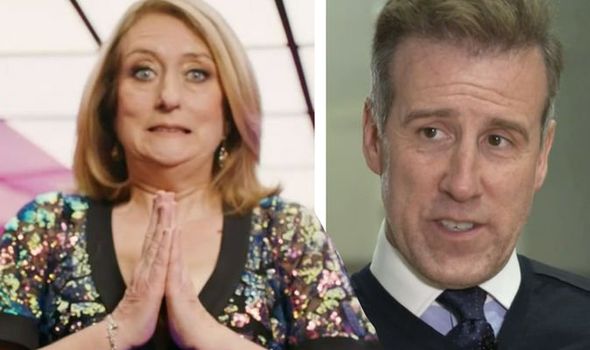 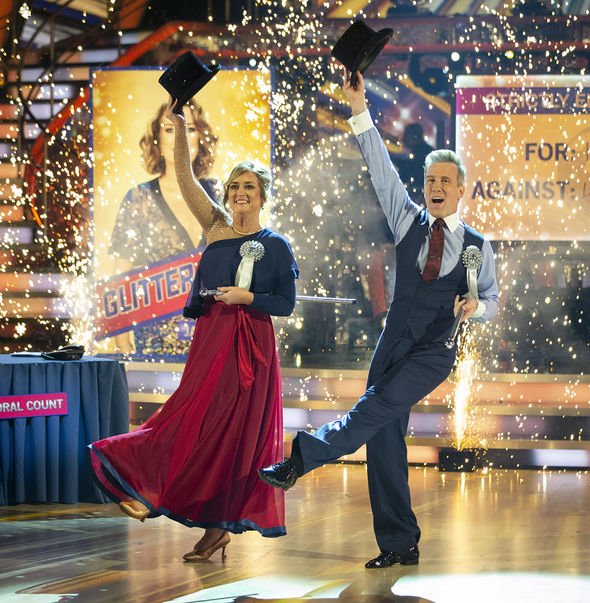 Anton chuckled as he replied: “Well you know me, all for a hat and a cane!”

He added, cheekily: “So I’m just not going to put them away because I’ll be getting them out again very soon!”

Jacqui quickly interjected after detecting a glimmer of sarcasm in his tone: “That’s not a vote of confidence, is it!” she retorted. 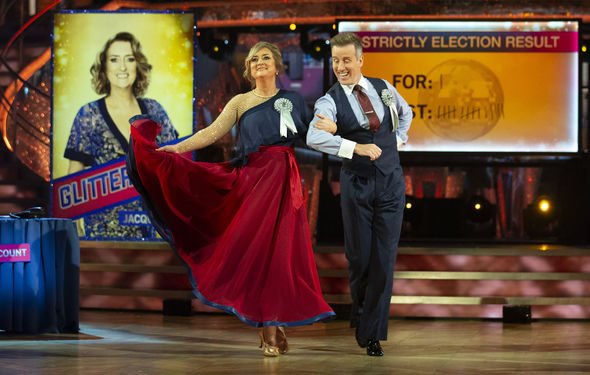 But his partner wasn’t convinced in the slightest, adamant he was having a pop at her not making it through to the final round.

She pretended to mimic Anton: “‘I’ll leave it until the final’, he’s thought, ‘I’ll get it in before she’s booted out!'”

There was laughter in the background but Anton insisted his compliment was a genuine one.

“See what it’s like, I pay her a compliment and she turns it into something else!”

Kim gigged as she asked who’s the boss in their new partnership.

“Who wears the trousers?” she pried.

After performing the quick Foxtrot on Saturday night, the three judges awarded them a total of 13 points.

As Bruno Tonioli isn’t able to join his fellow panelists in the studio due to coronavirus making travelling from the US difficult, only head judge Shirley Ballas, Craig Revel Horwood and Motsi Mabuse are critiquing this year’s performances from their new socially distanced pods.

But Anton and Jacqui were optimistic: “I’ve had worse than that with four judges, so I’m not unhappy!” the legendary professional laughed.

Strictly Come Dancing continues on Saturday at 7:25pm on BBC One.