Royally wed! Princess Beatrice and her new husband, Edoardo Mapelli Mozzi, shared the first photos from their secret wedding one day after tying the knot.

The royal family’s official Instagram account posted two photos of the newlyweds on Saturday, July 18. The first showed the couple standing outside the Royal Chapel of All Saints at Windsor Great Park in Berkshire, England, with the bride’s grandparents Queen Elizabeth II and Prince Philip, while the second showed the pair emerging from the church through a flower-covered doorway. 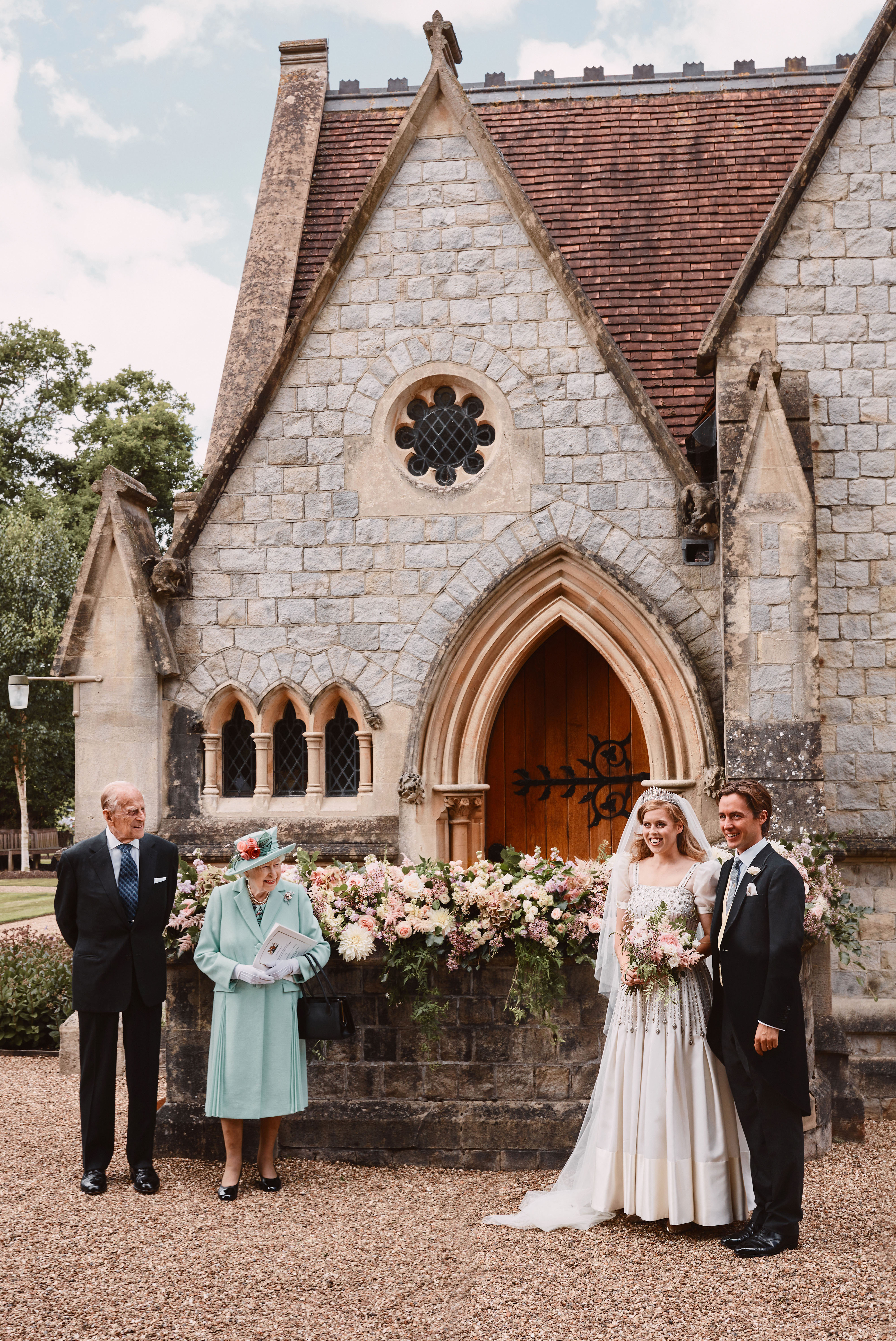 “Princess Beatrice wore a vintage dress by Norman Hartnell and the Queen Mary diamond fringe tiara, both belonging to Her Majesty The Queen. The tiara was worn by Her Majesty on her wedding day in 1947,” the caption read.

“The wedding took place in accordance with all relevant government guidelines,” the palace said in a statement to Us Weekly amid the COVID-19 pandemic, which forced Beatrice and Edoardo to replan their big day. 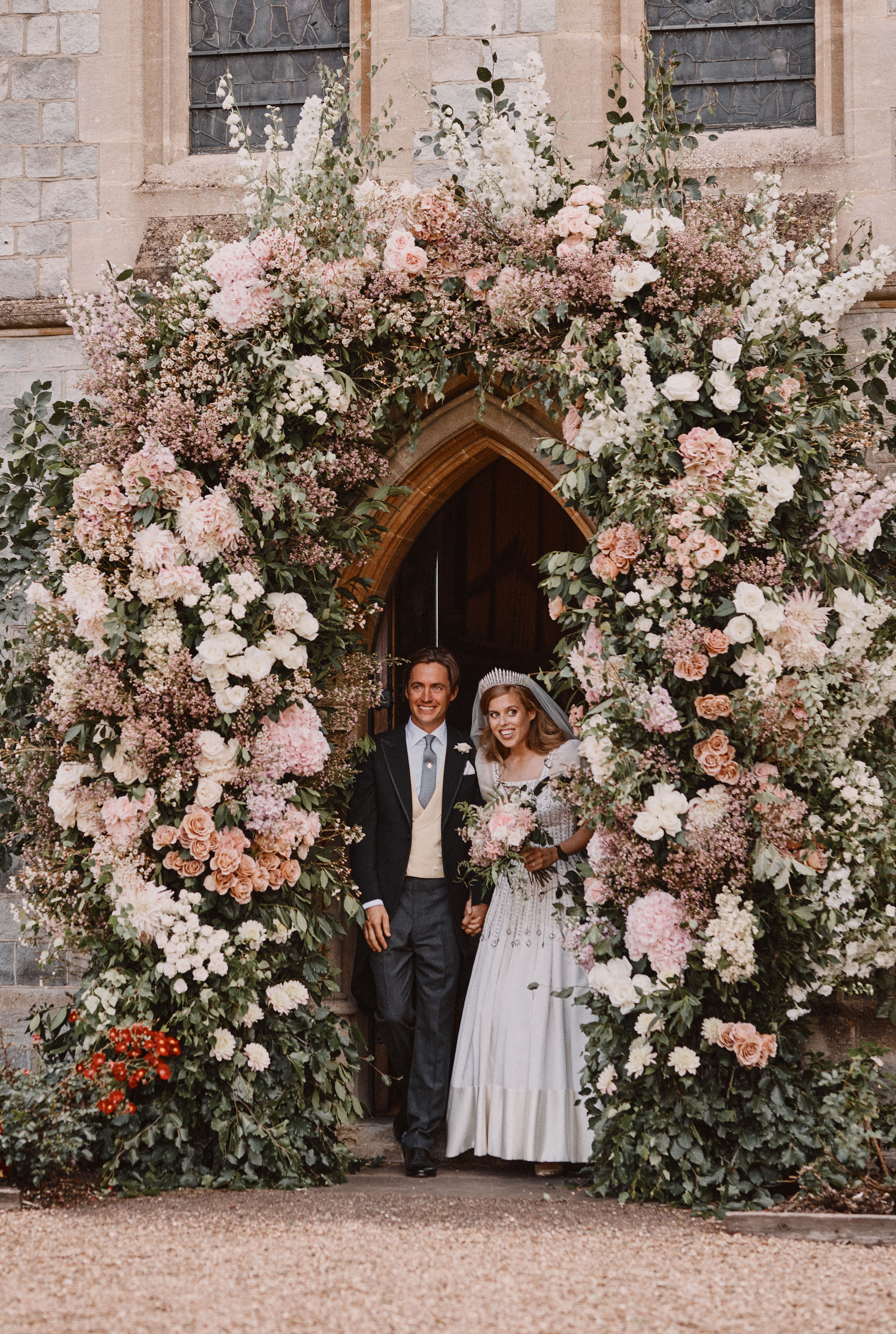 The couple were initially set to walk down the aisle on May 29 at The Chapel Royal at St James’s Palace in London. The queen, 94, gave them permission in February to use the location, which has been a staple for royal weddings and baptisms for centuries. Elizabeth also planned to throw a private reception for Beatrice and Edoardo at Buckingham Palace after they tied the knot.

However, Buckingham Palace announced in March that the princess and the property tycoon had to postpone their nuptials due to the pandemic. The palace said in a statement to Us at the time that the pair were “very much looking forward to getting married” but were concerned for “both the well-being of older family members and large gatherings of people.” 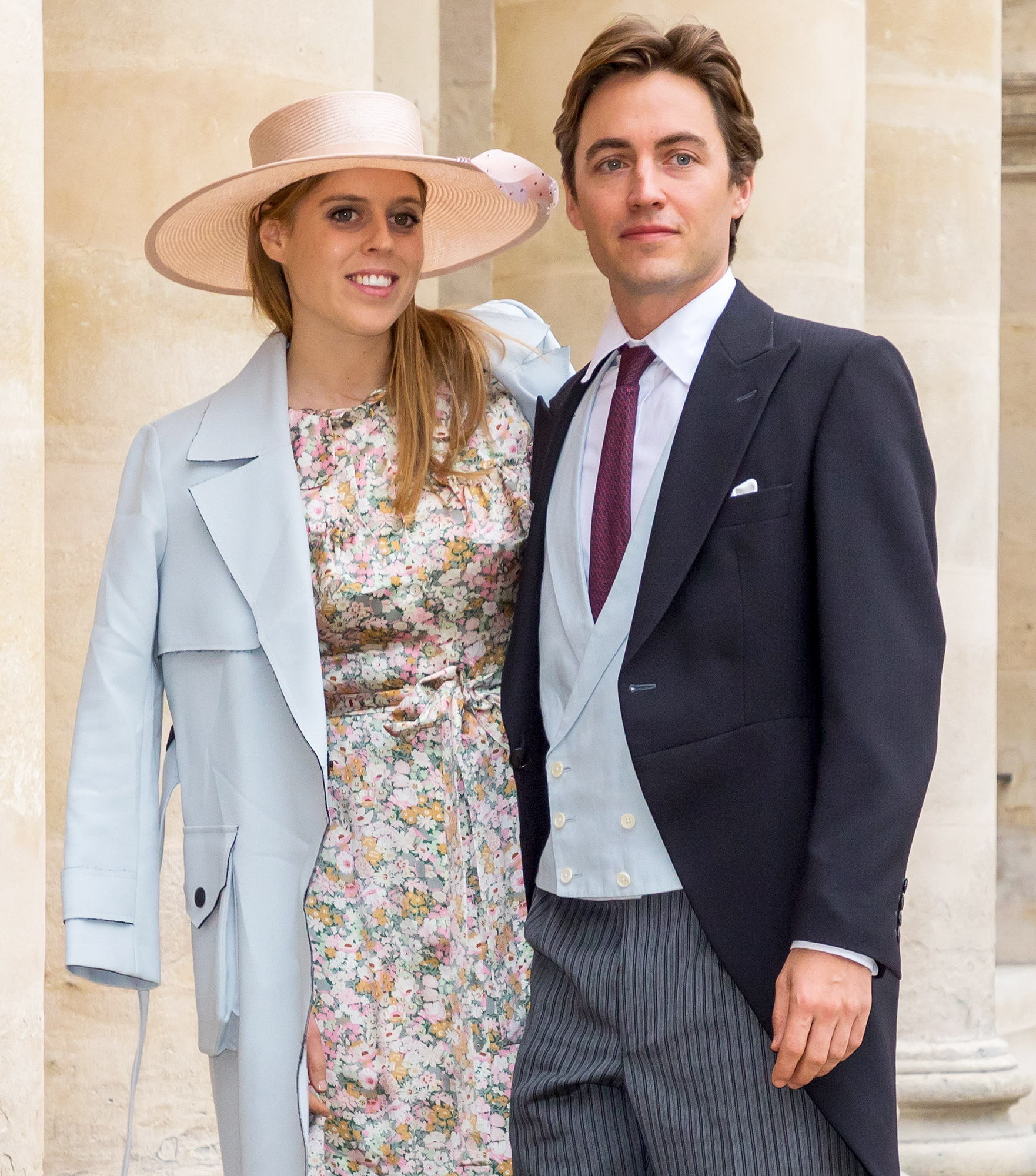 Us confirmed in November 2018 that Beatrice and Edoardo were dating after their splits from business executive Dave Clark and architect Dara Huang, respectively. The property developer shares a young son named Christoper with ex-fiancée Huang. He and the British royal got engaged in September 2019 in Italy.

In order to view the gallery, please allow Manage Cookies