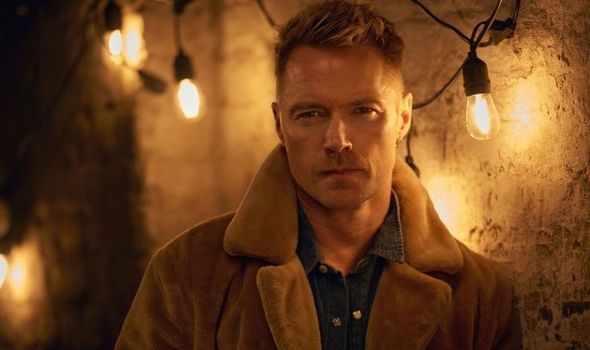 Just like his mega-hit single, life has been a bit of a roller-coaster for singer Ronan Keating. Since being propelled to global fame at the age of just 16, as one fifth of Irish pop group Boyzone, he’s enjoyed all the accelerating highs the music industry has allowed him to ride. That’s everything from selling millions of records and touring the world, to taking the West End by storm in musical Once and being a talent show judge in Australia on shows such as The X Factor and The Voice. But this year brings about the 43 year old’s biggest milestone yet – 20 years since the release of his debut self-titled solo album, which went straight in at number one in 2000 after the success of his single When You Say Nothing At All. Something he still counts his lucky stars for today, two decades on.

He says, “I was 16 at the beginning of all of this, so I had absolutely no idea I’d still be here singing. I was just riding the train and having a good time with my mates. It’s really mad and I feel really grateful. Longevity, for me, is what I’m most proud of. I have a lot of friends who have come and gone but I’m still here, getting away with it.”

To mark the anniversary in style, Ronan has released a new album, Twenty Twenty, consisting of reimagined versions of some of his greatest hits alongside never-before heard material. And he’s gone all out, even roping in some of the biggest names in the industry for some memorable collaborations, including Emeli Sandé, Shania Twain and Ed Sheeran, who makes an appearance playing acoustic guitar on a reworked track.

“I finished Boyzone’s farewell tour and wanted to make a solo record. I was thinking I’d go to Nashville and write a country record,” says the singer. “Then I saw the dates somewhere and thought, ‘It’s 20 years. I should really be doing something.’”

“I went into the studio and started reworking When You Say Nothing At All and Life Is A Rollercoaster and I was also writing a bunch of songs at the same time. So it happened by accident – and it’s been a really nice accident.” 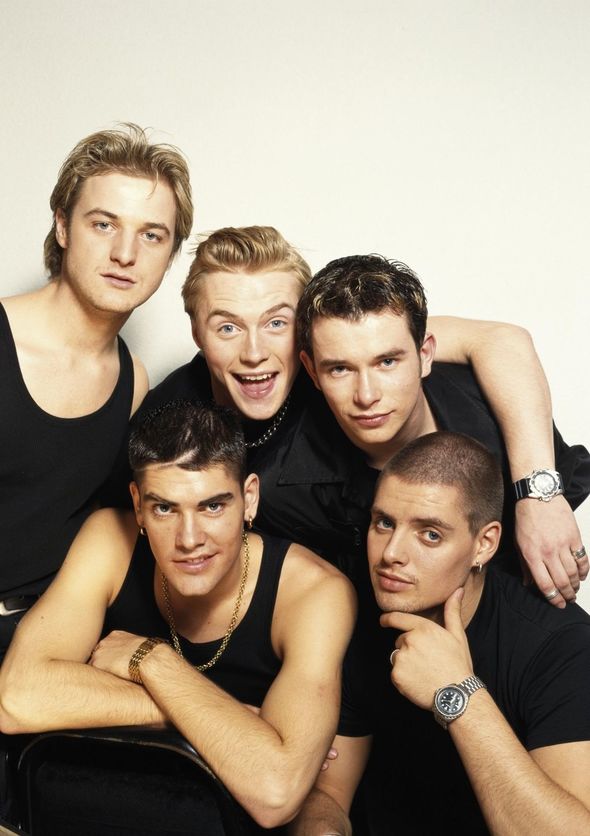 “I’m so proud of this record and so honoured they said yes. When I look at the artists who are on the album with me, it’s amazing. That’s the greatest achievement – to have the recognition from these legends. It’s very special.”

The 13-track record is a celebration of everything he’s achieved, both with Boyzone and on his own, in a career that’s had more pinch-me moments than most and ensured he has a diehard, dedicated following.

“I get people coming up to me all of the time and talking to me about my songs. I’ve got a few songs which turn up at weddings, which is nice, but you do have to ask if they’re still together,” he laughs.

“When we played the Palladium as part of Boyzone’s last shows last year, the front five or six rows were fans we know really well and have watched grow up. There are two girls in particular who met us when we got off our first Aer Lingus flight at Heathrow Airport back in 1994.”

“There they were, sitting in front of us, and I was pretty emotional. They’ve been around every year and now they bring their kids to our shows. It’s crazy and brilliant and such a long, long time. Over 27 years.”

However, Ronan is the first to admit that the dizzying heights he and the band have enjoyed have been accompanied by some devastating lows, including the heartbreaking loss of former bandmate and close friend Stephen Gately, who was 33 when he died in 2009 from an undiagnosed heart condition.

It’s a memory that the new record doesn’t shy away from with the inclusion of a powerful new song called The Big Goodbye, on which Ronan duets with another very familiar face, Robbie Williams.

Ronan explains, “It was the 10-year anniversary of Stephen’s death last October and the boys and I did some TV appearances. We always try to be around each other on Stevo’s anniversary. It’s very important to us.”

“I came home that night and was in my kitchen talking to my wife Storm. My email went off and it was Rob saying, ‘Hey Ro. I wrote this song the week Stevo died 10 years ago and I’ve been sitting on it and totally forgot about it until I saw you lads on TV.’ He sent it to me and I listened with tears in my eyes. I knew we had to do it together. I’m so proud of it. It’s so beautiful. It’s going to be tough to perform it when we can.”

But it’s something he would love to do when he gets the chance, as he always strives to keep Stephen’s legacy alive. 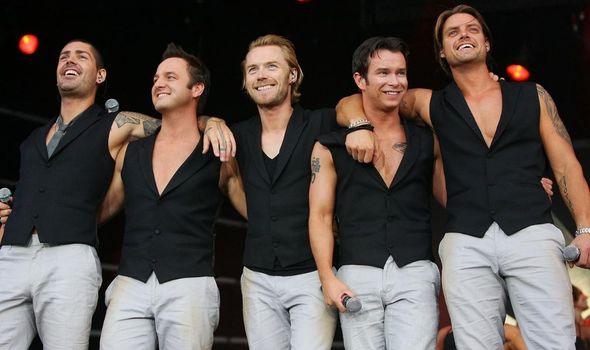 Ronan says, “Everything I do, every performance, I involve Stephen somehow. He’s an important part of my life and I miss him all the time. Every performance has a bit of sadness in it for me because of that. We grew up together. I learnt from him – I hope he learnt from me – and he was an amazing human being.”

However, it’s not only this new album and material that have made 2020 a particularly noteworthy year for Ronan.

In March, the star and his wife of four years, Storm, welcomed their second child, Coco, a little sister for their three-year-old son, Cooper.

Beaming as he talks about his three-month old daughter, Ronan, who is also dad to Jack, 21, Missy, 19, and Ali, 15, from his first marriage to Yvonne Connolly, says, “Coces has been an absolute dream. She’s the most beautiful child. She sleeps through the night and is just
a bright shining light in all of this madness. I feel blessed.”

That’s not to say welcoming a new bundle of joy in the middle of a pandemic hasn’t been without its challenges, especially when it comes to Ronan introducing her to the rest of the world.

“Jack and Missy have seen her, but Ali hasn’t, as well as the rest of my brothers and sisters, and dad. It’s heartbreaking,” he says. “I cannot wait for them to – soon, please God. When the travel corridors open and there’s no quarantining for people they will be able to meet her.” 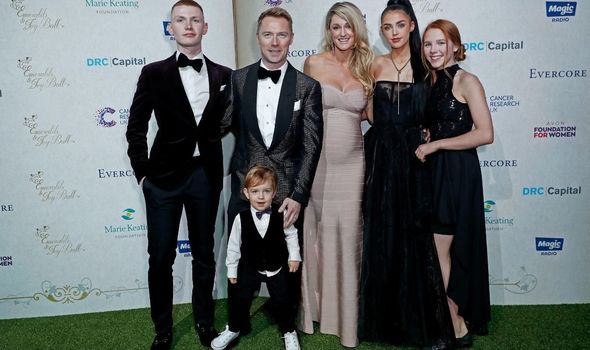 But as he counts the days to a happy family reunion, Ronan has been making the most of life in lockdown and continuing to work on his daily Magic Radio breakfast show every morning while enjoying valuable family time at the family’s home in Barnes, just outside London.

In fact, as we’re chatting, little Cooper dressed as a fireman and chatting away to his dad comes bounding into the room and it’s clear from the smile on Ronan’s face that he loves every minute of being a father.

“I haven’t been at home this much since I was 16 years old,” he reveals. “Usually I’d be at Heathrow Airport twice a week, every week of my life. So it’s been wonderful to be at home and with my family.”

“When I’m home I’m a husband and dad. We’ve tried all the lockdown things – sourdough in week one and then my wife made banana bread. She did that really well, so I didn’t attempt it. I’m a good cook, but a terrible baker.”

“Then I’ve been barbecuing. I have a Big Green Egg that Storm bought me for my birthday, so I’ve been cooking on it basically every day. I’ve also drunk quite a bit of red wine…” 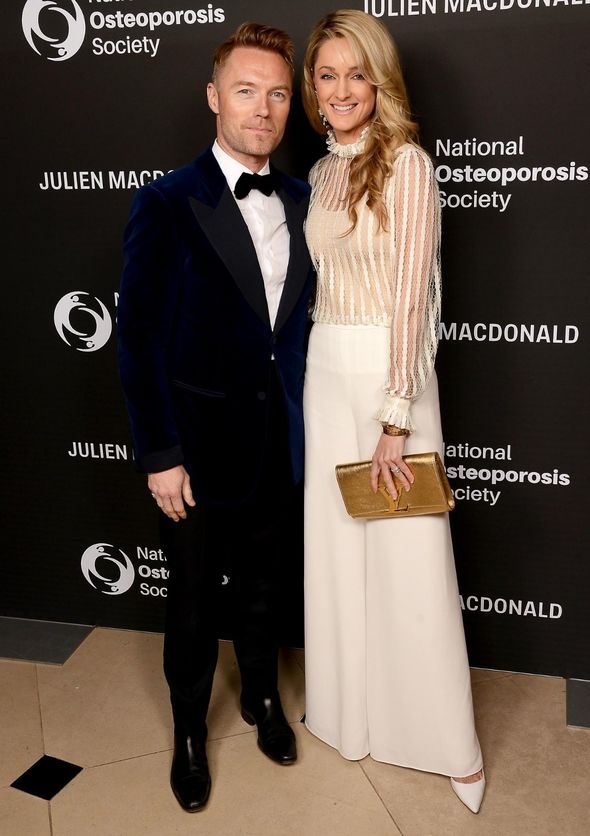 “But I’ve been training and going to the gym every day and that’s kept me going,” he adds. “I really like to stay focused and stay in shape.”

So now, feeling rested and refreshed, Ronan is looking to the future and eyeing up other projects he’d like to take on when the time allows, including extending his acting CV after roles in projects such as 2017 British war drama, Another Mother’s Son.

“I have an agent and I read scripts as they come through. They’re not right for me all the time, and I wait for the ones I want to do,” he explains. “So I will do more, it’s just getting the right thing.”

There’s another adventure he’s busy planning behind the scenes, too, which would again take him to dizzying new heights.

“I’d love to climb Mount Everest,” he smiles. “I’ve had a few challenges in the past. I’ve walked Ireland twice, top to bottom, swum across the Irish Sea and I climbed Kilimanjaro and really enjoyed it. I know Everest is a whole other level, but with the right training and team I think it would be an amazing experience.”

Well, why not? After all, for Ronan, the sky’s always been the limit…