EXCLUSIVE: The Tribeca Film Festival kicks off in earnest this week and one of the indisputable highlights of this New York-centric fest as far as I am concerned is a documentary having its sold-out world premiere June 15 and chronicling a certain Southern California musical legend. Brian Wilson: Long Promised Road from director Brent Wilson (no relation) is not the first feature film to center on The Beach Boys icon responsible for a host of immortal hits from “Good Vibrations” to “In My Room” to “God Only Knows” and countless others, but taking a new look at Wilson, who has had more than his share of ups and downs including well-documented battles with mental illness over the course of a 60-year career at the top, this film somehow gets right to the core of what makes him tick without much verbal input from the man himself.

In this case it is his music that does most of the talking in a unique format in which Wilson and veteran Rolling Stone editor Jason Fine drive around SoCal visiting his old haunts and listening to songs Wilson chooses to hear at any given moment. What a ride it is. 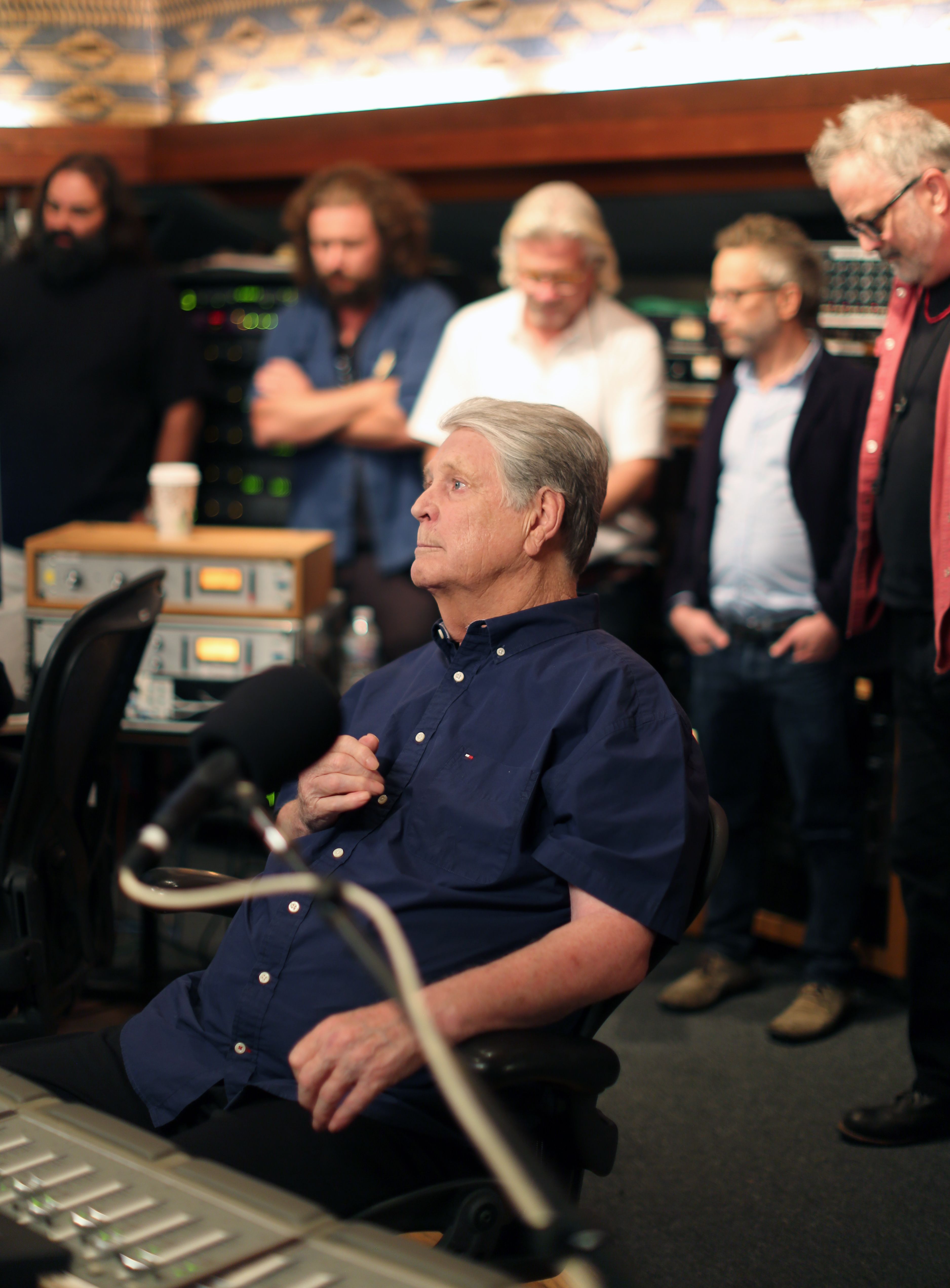 Previous Wilson-inspired films have been down this road before such as 1995’s fine Don Was-directed doc I Just Wasn’t Made For These Times, and the narrative 2014 biopic Love & Mercy in which John Cusack and Paul Dano shared the role of Wilson at different points in his life. Long Promised Road, a title taken from a song actually written by Wilson’s late brother Carl and a personal favorite of his, finds a different way into his head — and a very poignant way indeed — to tell the tale of this complex artist whose music has helped define the West Coast sound for generations.

I had the pleasure of getting some Zoom time last week not only with Brian, who uses his words sparingly to say the least, but also the director and Fine to talk about the film, which incorporates 70 hours of footage between Wilson and Fine driving around and edits it to a cohesive whole and a 93-minute movie. Like so many other projects it was delayed due to Covid but finally is ready for its close-up.

The filmmakers had access to Brian Wilson’s complete musical catalog as well as 120 hours of archival footage, Brian’s home movies and 15,000 photos, many never before seen directly from Wilson’s own collection. But it is what happens in the car that really makes it unique. Actually, Brent initially tried to do the film as a more standard-style docu and did a couple of interviews with Brian, but said they went nowhere and he was ready to scrap the whole idea. Then it was suggested he contact Fine, who had a real rapport with Brian over several years of articles for Rolling Stone — and had once written one in which he interviewed Brian while driving all over L.A. It was so successful (Brian really felt comfortable) that they contacted Fine, who had never before done anything on camera, about taking the lead on this project by utilizing the same idea. 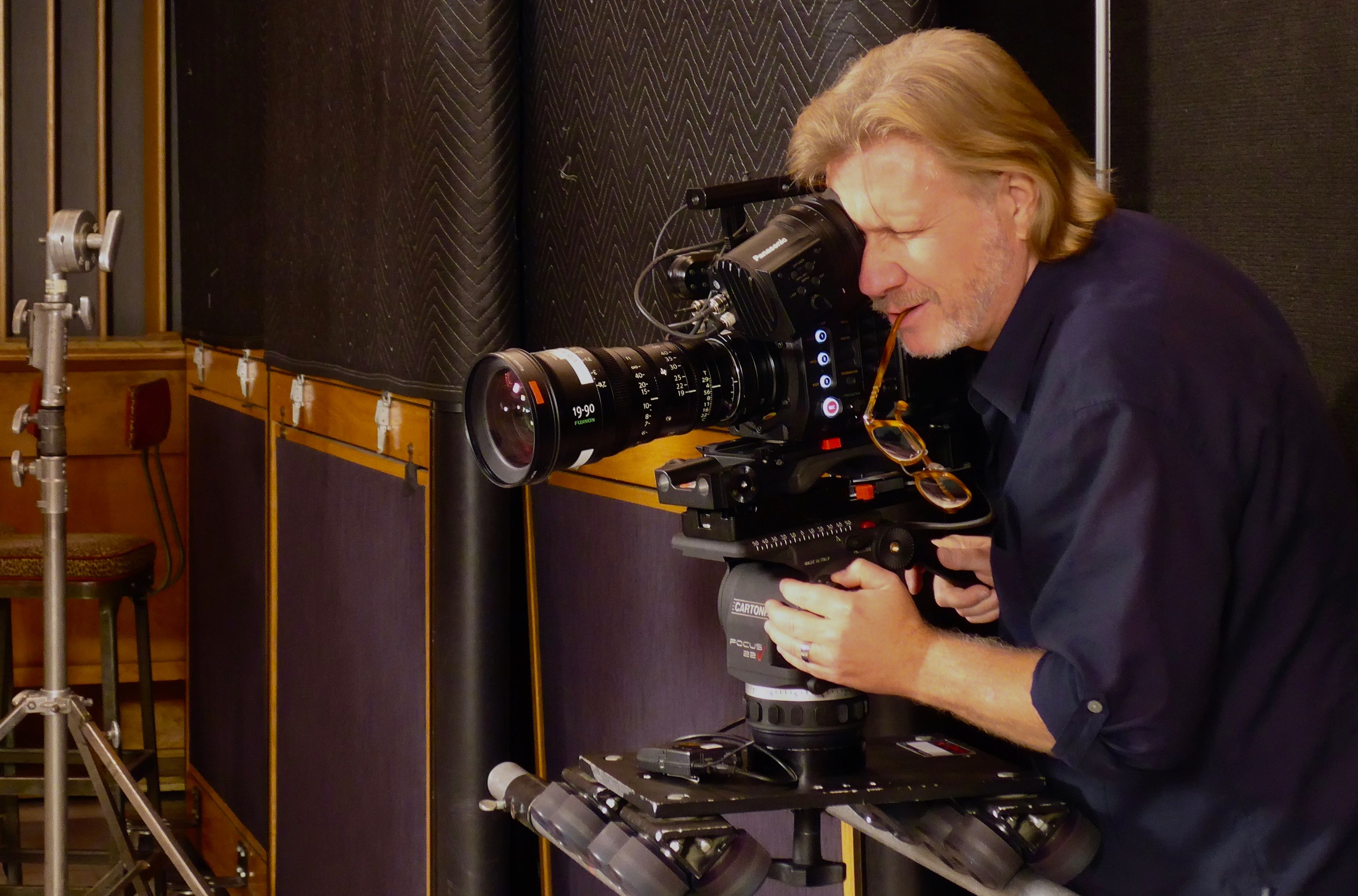 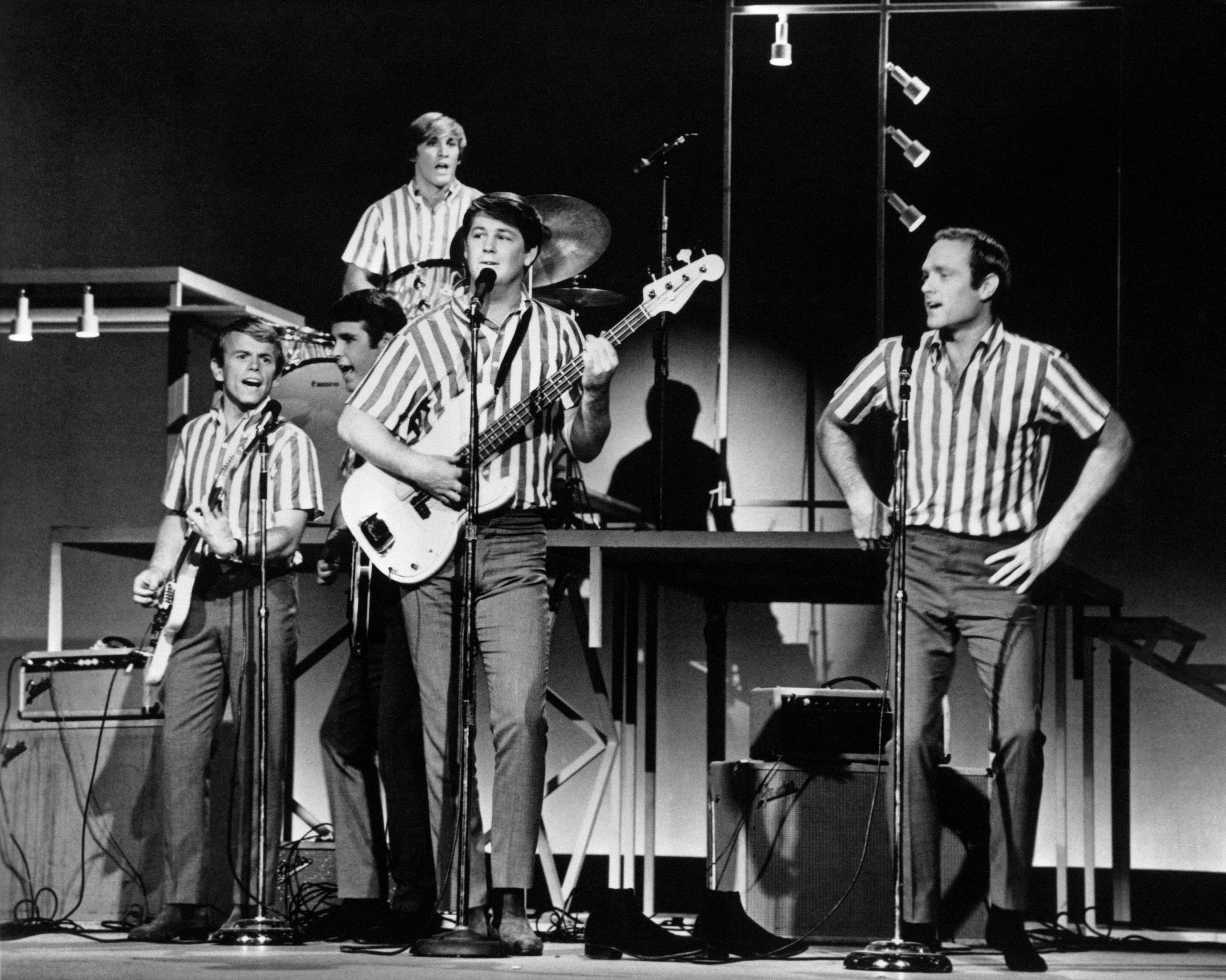 They had just about every Brian Wilson song on MP3, so when Jason asks Brian what he wants to hear he has them at his fingertips in order to play them on the spot (while also keeping one hand on the wheel!) Brent thought they could wrap this up in a weekend, but it proved to be more challenging as much of those 70 hours with the two driving around feature a wordless musical giant just staring out the window lost in his own creations and saying nothing.

Fine, experienced in all things Brian Wilson, warned there would be long periods of silence. It took a huge effort to get enough raw material to mix with the mountain of archival footage in order to make this film work as well as it does. Sometimes Brian would go 30 minutes without saying a word, but the director praises his interviewer’s sly technique. “Jason’s success was that he had never forced Brian to talk, you know, it wasn’t like, ‘OK, you’ve got your 20-minute interview, you’ve got to get in and get out, you’ve got to ask your questions’.  Brian was always, I think, lovingly patient with us, and yeah, he just allowed us to drive around L.A. over 70 hours, over three different weekends, and then, from that, be able to shape the story that we have.”

When I asked Brian, who was sitting with Brent while Fine and I were beaming in from separate locations, what he liked about Fine, he said succinctly, “I think Jason’s a good interviewer. He was very good.” When I followed up to ask him why he stood out from the hundreds who have interviewed him over the years, his answer was also right to the point: “He has a better voice.” 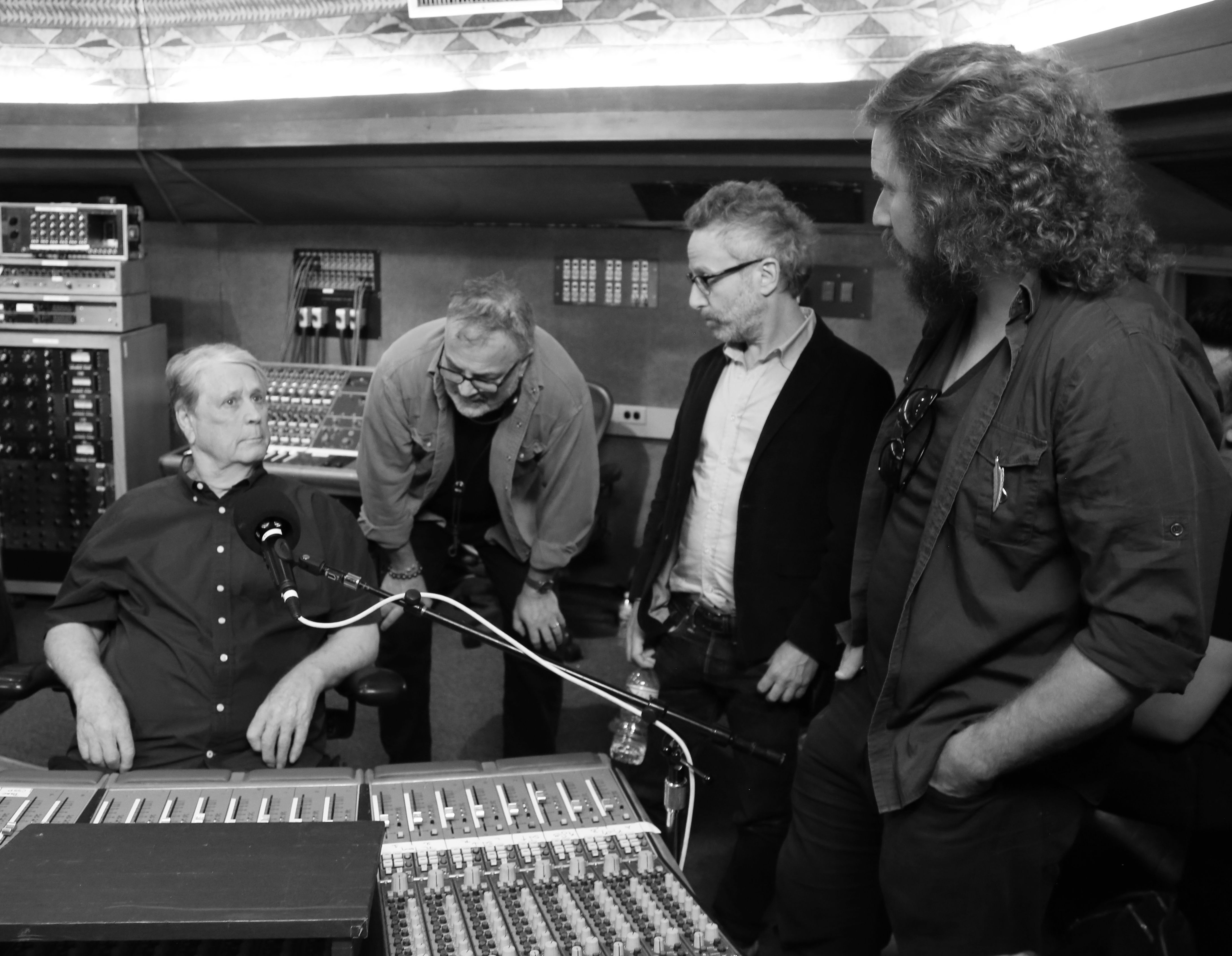 “Brian and I have driven around a lot and spent a lot of time together, and both on the road, on tours, and also in L.A., and one of the things that we’ve always had a really fun time doing is taking drives down to Malibu,” Fine said. “Going for sushi, you know, and so it was kind of as simple as that: ‘Let’s go discover L.A.’ I’ve always had this feeling driving around with Brian and just being in L.A. with Brian, we go to the park a lot; Brian likes to walk in the park, and we go there, and you sort of feel like, you know, you’re with this guy who most people think of as kind of reclusive and sticks to himself, but he’s right there, he’s out there, he’s just living his life, doing his thing, and there are so many memories that he has everywhere. And so, the idea was really just to do that, just to explore, and to, I think, Brian, I mean, you can speak to this better, but a lot of people think of Brian as kind of a mysterious guy, sort of hard to get to know, but the Brian I know is a courageous guy, a tough guy, a funny guy, a guy who likes to, you know, have some mischief.”

At that point Brian piped in when I asked what the experience was like making this film. “Well, very fascinating,” he said. “In what way?” I asked. “I don’t know,” he said.

Brian Wilson doesn’t give up a whole lot in interviews, but through this film and watching him as he relates to his own music you learn more about him than you could ever imagine.  It is raw and real in a way most docus on musical legends don’t quite achieve, and it doesn’t leave anything out, the light or the dark. There will be a soundtrack  and it will be a keeper to be sure because the songs Wilson chooses on the road , some hits, others not well known at all, turn out to be a fascinating mirror into his life. In addition to the catalogue songs, Brian also wrote a new one specifically for the movie called “Right Where I Belong” , and the filmmakers are not shy in hoping it finally is the one that lands him an Oscar nomination. 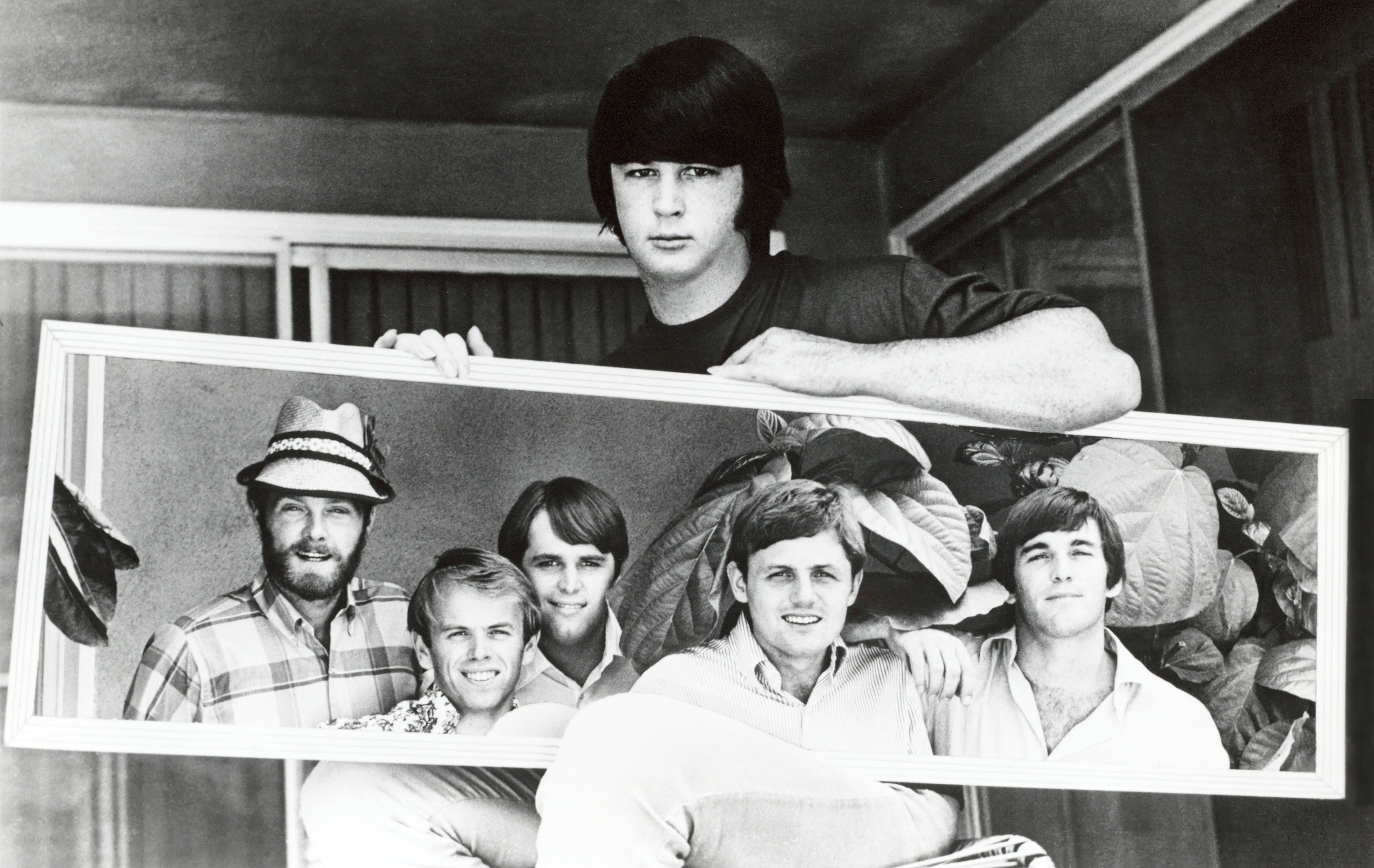 “Brian Wilson is a living legend, yet despite his enormous influence on music his genius—then and now—remains underappreciated.  I hope this documentary changes that through our team’s amazing work in exploring how he hears and plays back the world around him in a way no one else does. As a lifetime fan, I come away from this project inspired by how much he still has left to give as an artist,” said Tim Headington, the film’s producer in an email to me while emphasizing the film is without a domestic distributor so far  (it has international) and they hope Tribeca will set it on the right path. ICM is the sales agent. “We’re looking forward to finding the right U.S. partner to help share this film with the world, and we’re particularly excited that Brian wrote a new song specifically for the film that is an award-worthy piece from the rare master himself, and we’re confident the audience will agree.” 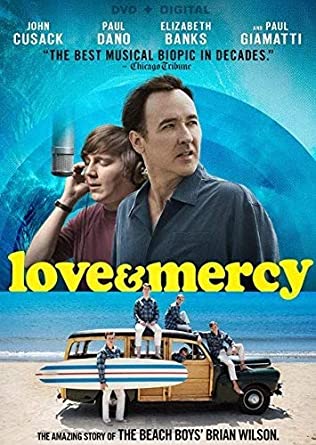 Throughout our interview Brent and Jason did most of the talking but Brian would chime in with (very) limited thoughts on some of the interviewees in the docu like mentions of “McCartney”, Bruce Springsteen and Elton John, or how he hopes he can come back for more Sushi at Nobu in Malibu, or wondering if Jason remembers when they stopped at Paradise Cove, site of the first Beach Boys photo shoot in the early 60’s, or how fantastic it is to see the ocean just as you come off Sunset Blvd.

At one point I asked Brian which of the films or shows that have been made about his life he liked the most.

“Well Love & Mercy was the best one, ” he quickly replied.

“This one’s got to be a little better?”  Brent said hopefully. “Now what did you like about Long Promised Road, our documentary?”

Referencing its title, Brian of course answered in a way that reflects what is always foremost on his mind and defines him to this day: