Britney Spears’ ex-husband Jason Alexander attended the Jan. 6 pro-Donald Trump D.C. rally that descended into chaos at the U.S. Capitol. The Trump supporter even proudly shared a selfie from the event.

Britney Spears‘ 2003 husband of 55 hours Jason Alexander is a proud Donald Trump supporter and was there in Washington D.C. to hear Trump tell his Jan. 6, 2021 rally of fans in front of the White House to walk down to the U.S. Capitol and “fight.” Jason posted a selfie to his Facebook account that morning at 11:16am in D.C., showing himself in a Trump pom-pom snow hat, which was worn by many of the protesters and later Capitol rioters.

Jason simply titled the selfie “DC Millions showed up.” Many of his FB friends told him “Be safe” while another wrote “Give em hell brother!” Behind him in the photo were other Trump supporters on the sidewalk, with several flying pro-Trump flags. Its unclear if he was among those who breached the U.S. Capitol building, going on to loot and cause chaos inside the Rotunda and the offices of a number of Congressional members.

Trump had sent out a tweet on Dec. 20 reading, “Statistically impossible to have lost the 2020 Election. Big protest in DC on January 6th. Be there, will be wild!” At his White House Rally, the 74-year-old urged supports to head to the Capitol where members of the U.S. House of Representatives and Senate were scheduled to certify the results of the Electoral College, which would finally secure Joe Biden‘s presidential victory after Trump’s unfounded claims of voter fraud.

“We’re going to walk down to the Capitol and we’re going to cheer on our brave senators and Congressmen and women,” Trump told the crowd about the breakaway congressional members who were doing to contest the results. Things went terribly awry when many arrived at the building, as protesters stormed the building and members of congress had to be evacuated to safety.

Jason and Britney were childhood friends while growing up in Louisiana. She famously proposed marriage to her pal on after flying him in to Las Vegas so they could hang out and ring in the 2003 New Year. While chilling out in her hotel suite, Jason told ABC News in 2012,  “She just came out and asked me. She was like, ‘Well, let’s get married.’ And I was like, ‘Sure. You know, let’s do this.’” 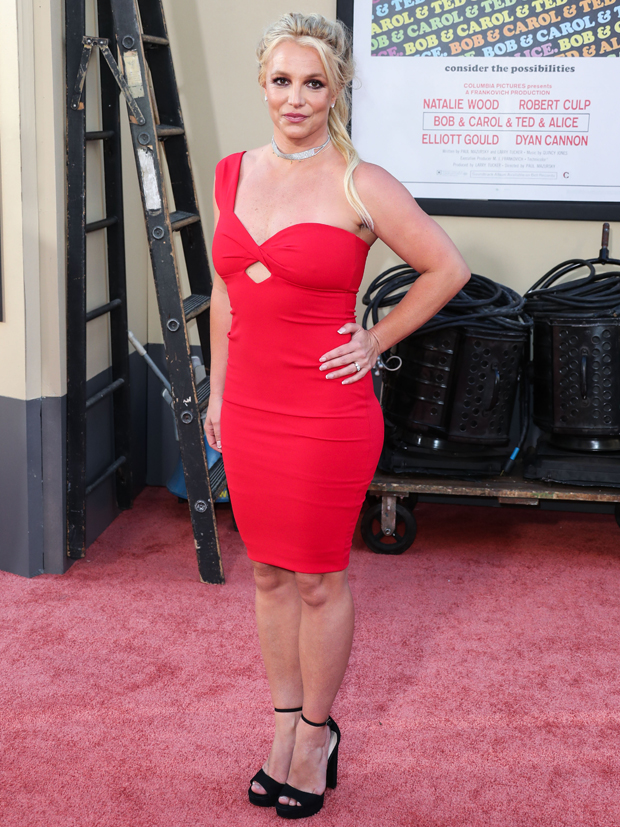 “I went with my feelings,” he said. “I was in love with her. … I feel like she felt the same way.” The two headed to the Little White Wedding Chapel on Jan. 3 and said their “I Do’s.” But by the time her team found out about what Britney had done, the marriage was quickly annulled 55 hours later. Britney later married backup dancer Kevin Federline on Oct. 6, 2004, and filed for divorce from him on Nov. 7, 2006, after having two sons together.

Jason implied he was still close to Britney when he appeared to support the singer at an Aug. 20, 2020 rally regarding her conservatorship fight with her dad Jamie. He said they had texted on Aug. 18 and that “She seems well. She’s got good hopes for today, but we’re all curious to see what’s going to happen.”